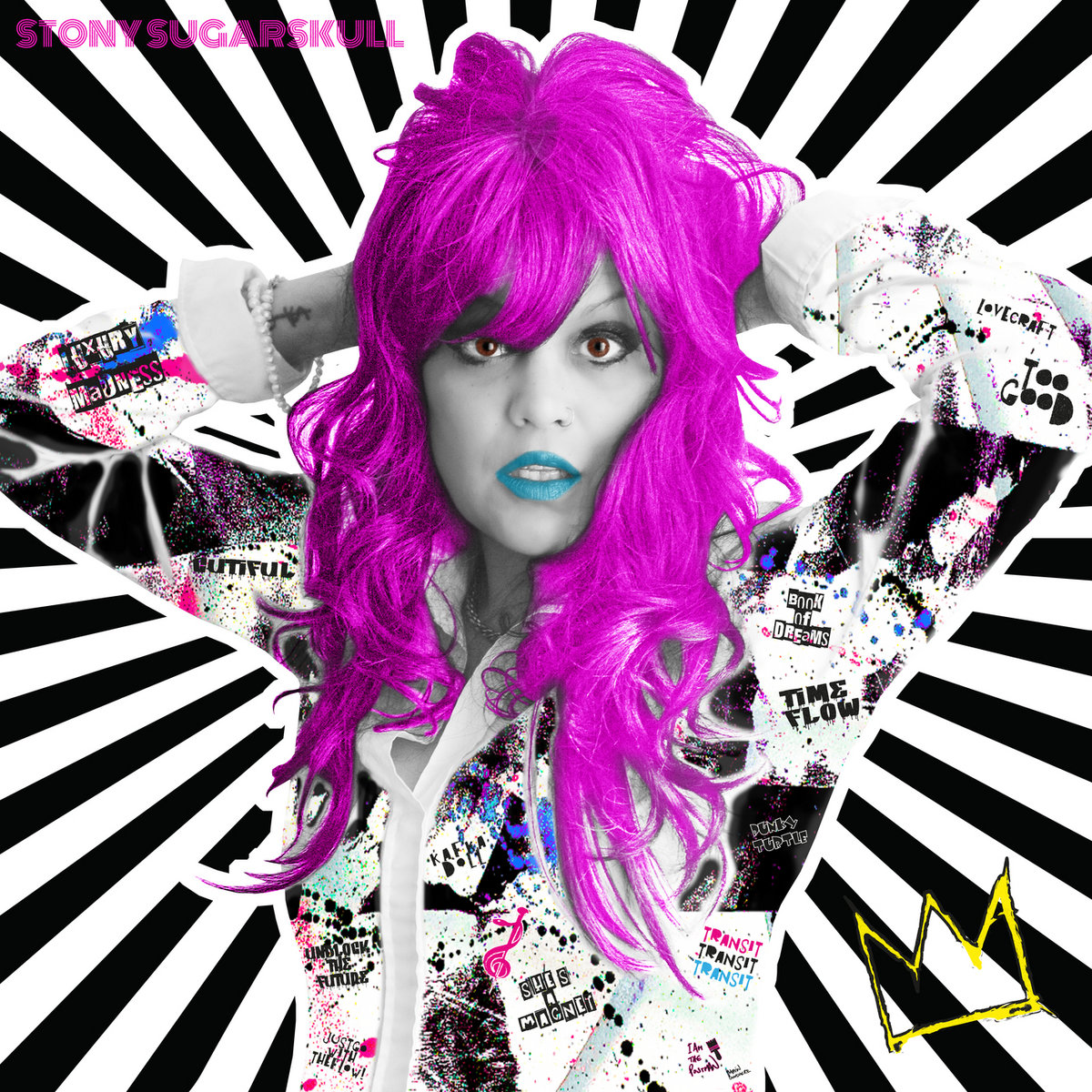 Stony Sugarskull’s musical self-discovery was fueled by a car accident on the German Autobahn, that she only barely survived, and a subsequent trip through the South of the US. What she brought back is inspiration and the will to realize her very own idea of rock and roll. The debut album ‘Lioness’ is a rock and roll extravaganza of many twists and turns, showcasing a rock’n’roll swagger in the borderlands between garage rock and post-punk.

‘Kafka Doll’ is her third single from the upcoming album, ‘Princess’. The album was recorded on tape with UK producer Kristian Bell (The Wytches) in Yaxley Town Hall (Peterborough/UK) and mastered by Luke Oldfield (Tilehouse Studios London) in 2021/2022. Drums/Bass: Kristian Bell, Vox/Guitar/

Since 2015, Stony Sugarskull has been the sonic project of Berlin/Los Angeles based, pioneering singer-songwriter, composer and multi-instrumentalist Dr (PhD) Monika Demmler. With her innovative style, her unique voice that calls to mind the music of Mazzy Star or Nico, coupled with her boundless creativity, she transcends borders by blending punk, shoegaze, electronica and psych in a very unique and captivating way. In June 2020, she released her first album ‘Lioness’ on her own label, Sugarskull Records.