I simply loved Cheval Sombre’s first album, it was mystic and emotional, giving me something to sink my teeth into, yet over the years, he’s developed this airy quality of sound, as if he’s not actually on this planet, a mere hallucination, out of focus, attempting to make contact, lasting for but a moment and then as if caught on a breeze, is gone, half remembered, out of reach and out of touch.

Am I suggesting that Cheval Sombre has gotten formulaic, perhaps, though I’m more than sure that Sonic Boom’s (Pete Kember) influence has a lot to do with that. I wish I could say that this album is expansive or etherial, but it’s not, it’s a deeply rooted fever dream of hypnotic tremolo and reverb that hold me uncomfortably in place (as if impending doom is just around the corner), sounding for all the world as if these songs are some sort of latter day backward-masked numbers that need to be decoded, listened to with ears that are suitably wasted, coldly lush, smooth, yet mere uninviting cycles of ever seamless sameness, always on the verge of tears, yet Cheval is unable to cry, unable to bring forth even an emotional apparition.

Yes, it’s all fragilely gentle and entirely repetitive, drenched by his open tuned guitar, covered in the mist of cosmic effects, keyboards and strings, making for a collection of music that is wholly unmemorable, where one song morphs into the next, to the point where I had no idea where I was in the scope of things … though perhaps that was Cheval’s intent. That said, music for me should have a destination, a place at the end where I can open my eyes and assess where it’s taken me, where I am and what brought me here. ‘Still, Time Waits For No One’ is a loop of music that I had to shake myself awake from, as I found it to be rather psychologically disturbing. 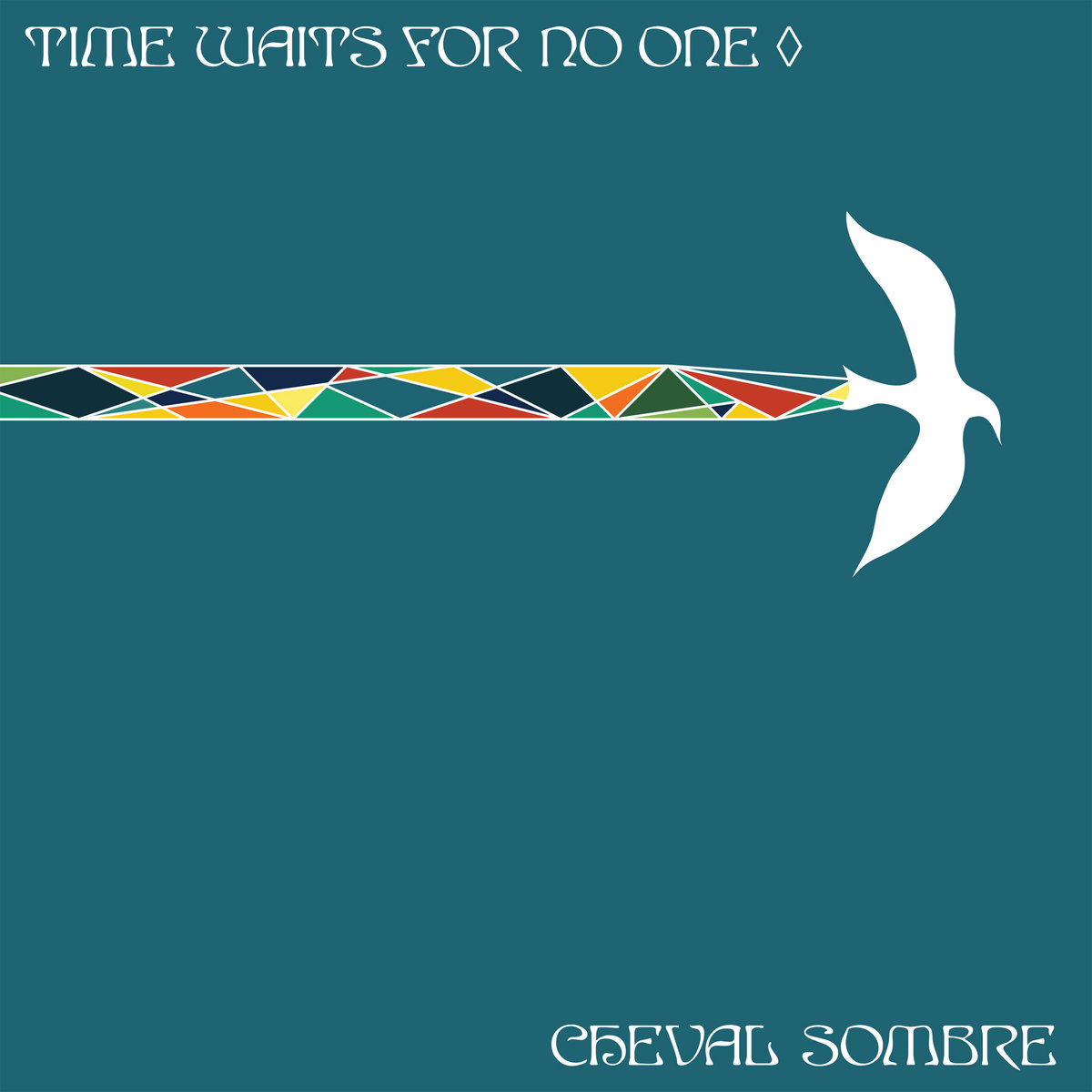 It’s one of those albums you’re either gonna like, or just wave off.

*** The Fun Facts: The Rolling Stones had a song titled ‘Time Waits For No One’ on the ‘It’s Only Rock n’ Roll’, though I’d suggest that the album title was taken from the old proverb, the expression time waits for no man means that some things are inevitable, such as birth, death, the sun rising in the morning, and the passage of time. No man can control such inevitable natural phenomena or facts of life. In particular, the phrase time waits for no man is often used to acknowledge that someone is ageing, and is attributed to Saint Mahrer.

A Quiet Interview with Cheval Sombre