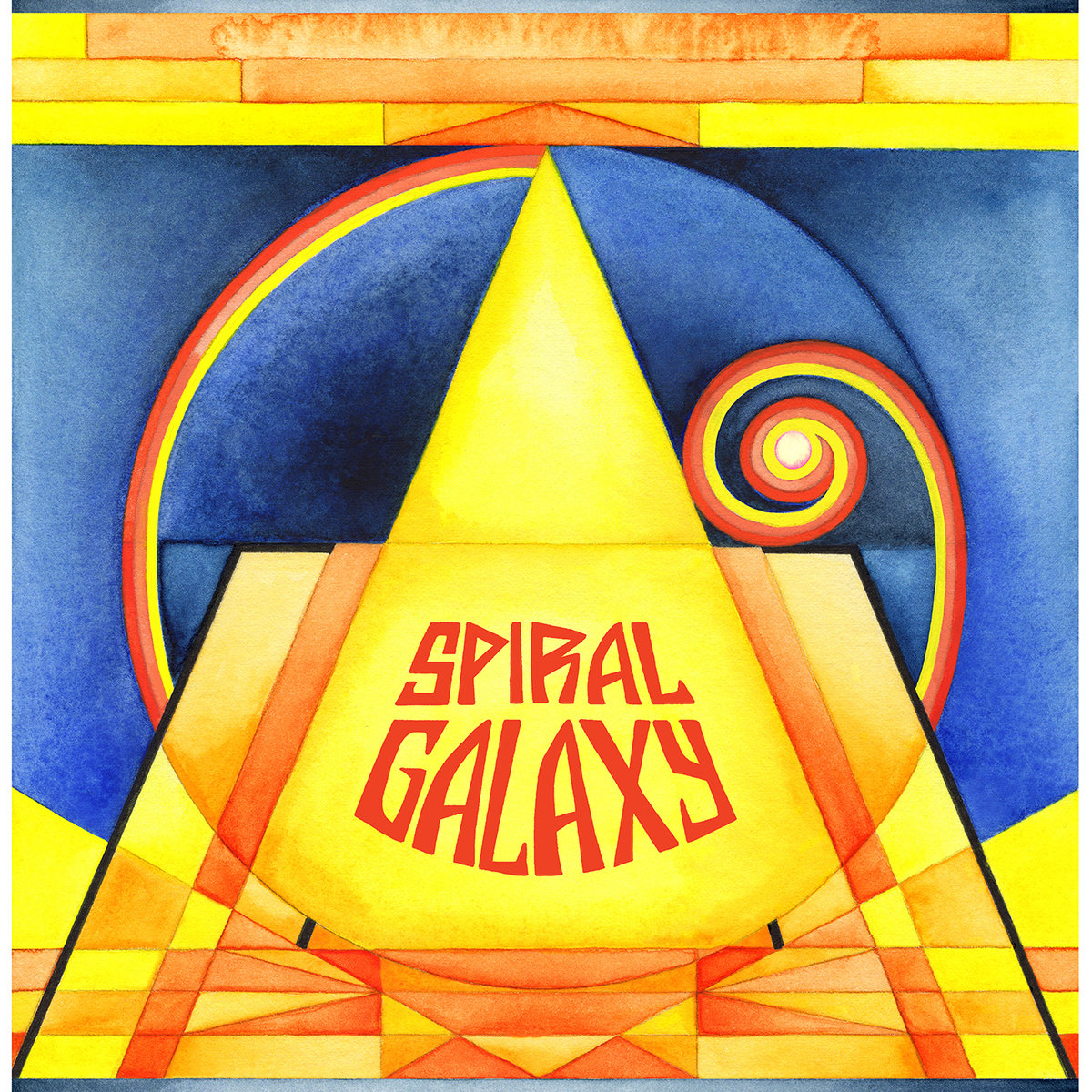 The duo have just completed their first album, expansive tracks they had been performing live on tours in the UK and Italy, plus USA events like Chicago Psych Fest, Milwaukee Psych Fest, Far Out Nashville festival, and The Feed Me Weird Things series in Iowa City.

Treating the studio as an instrument, new layers, instruments and collaborators were added to the heady mix, like special guests Jean-Hervé Péron of legendary avant-German collective Faust (who Spiral Galaxy was lucky enough to open for, and collaborate with on stage); Kawabata Makoto of Japanese communal psychlords Acid Mothers Temple on chants and spoken voice; and Alisha Sufit of UK 70s eastern-folk band Magic Carpet (also chanting her heart out). Also appearing on the album are guitar wunderkind Ryley Walker (playing backwards guitar on this, not easy!), Taralie of Spires That in the Sunset Rise on Terry Riley-ish circular sax, sitar-player Hands of Hydra, Moog-maestro Will MacLean of Protovulcan, and Christian Luke Brady of meditative Virginia cosmonauts Fargon. What results is a dense, hallucinogenic, sonic tapestry of an LP that covers many moods—from divine soundscapes to Krautrock’s motorik beats, doomy experimental pieces to dark acid folk, and beyond.

Steven Krakow about the collaboration:
Spiral Galaxy opened for Faust in 2018 and we asked Jean Hervé if he’d like to jump on stage with us and do some spoken word in French about mechanized doom ha… We ended up recording that piece for “Tragique Mechanique “ for our LP so we asked him to record loosely what he did live remotely, it took him a while but he finally delivered! His very-cool daughter Jean-Marie (who is also Faust’s tour manager) also recorded some spoken bits in the process.

Makoto is an old friend, so when Acid Mothers came to town we sat backstage and worked on his lyrics, and he recorded them later while on tour!

Alisha Sufit I met in London to interview her and we hit it off and stayed friends, she recorded her vocals remotely too…

Pre-order:
Europe via Cardinal Fuzz
USA via Light In The Attic Records or Spiral Galaxy’s Bandcamp

‘Massacre Of The Celestials’ by Plastic Crimewave Syndicate