Faust | Interview | Jean-Hervé Peron | “One of the famous unknowns” 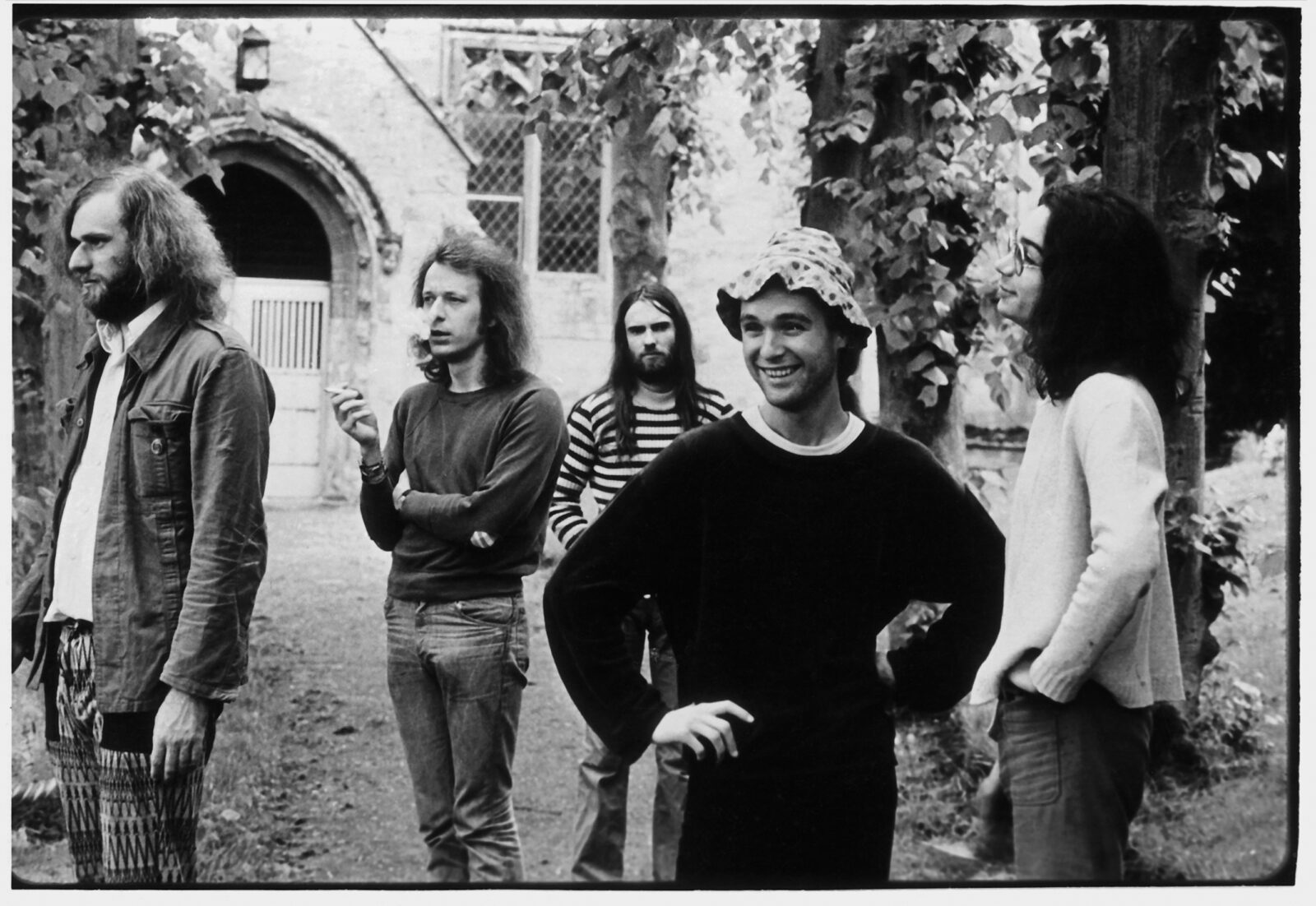 Faust | Interview | Jean-Hervé Peron | “One of the famous unknowns”

Faust garnered an immediate following due to their artistically extreme experimentations. Few bands have been as innovative, influential or as irrepressible as Faust.

“One of the famous unknowns” 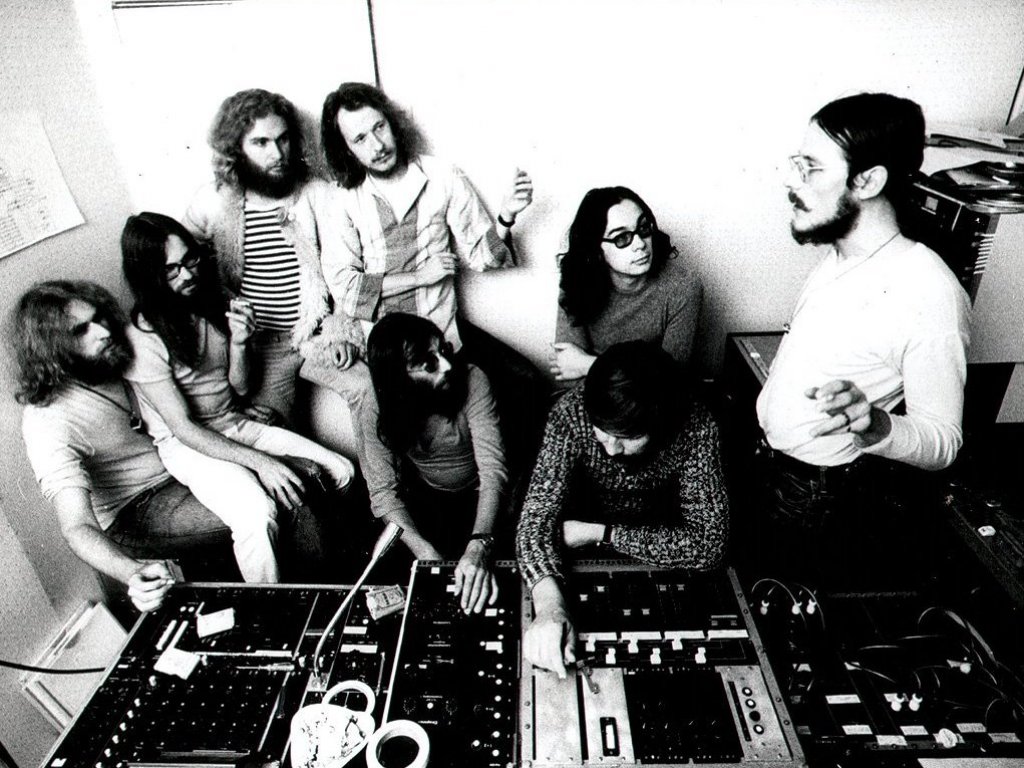 Jean-Hervé Peron: Well, we started officially in 1970. Our first record ‘Faust’ (on clear vinyl) was spectacular through the transparent cover and transparent LP, also spectacular through the content, the music… But we did not ‘make it’ internationally like groups like Can, or Amon Düül II, or Tangerine Dreams etc. They were much more successful. Faust was, and still are, more ‘insider stars’, ‘cult band’, one of the famous unknowns.

Were you in any other bands before forming Faust?

I traveled the roads of Europe and USA in 1968/69 and sang everywhere as the travelling minstrels did in the old days. But I made no releases. I presume it is the same with the other Faust members, but I can only speak for myself. Rudolf, Gunther and me, we met in Hamburg and played a lot of music together and made soundtracks for films but it was all “underground” and absolutely “low tech”, so there are almost no traces of that. I do have a few tapes, but they are not released yet.

“Selling our souls to the music industry in order to do the music we wanted to.”

What does the name “Faust” refer to in the context of the band name?

It is German for “fist” which is a symbol for revolution which is what we thought we were part of and maybe we were too. Also it is the name of a work by Goethe where a man sells his soul to obtain what he longs for. This was what we were doing; selling our souls to the music industry in order to do the music we wanted to.

Your debut was released by Polydor in 1971. The album was absolutely amazing. Probably one of the most innovative pieces from that period.

My memories of this time is the immense joy we felt when we moved into Wuemme, an old school and we received a fully equipped recording studio and a sound engineer at our disposal. 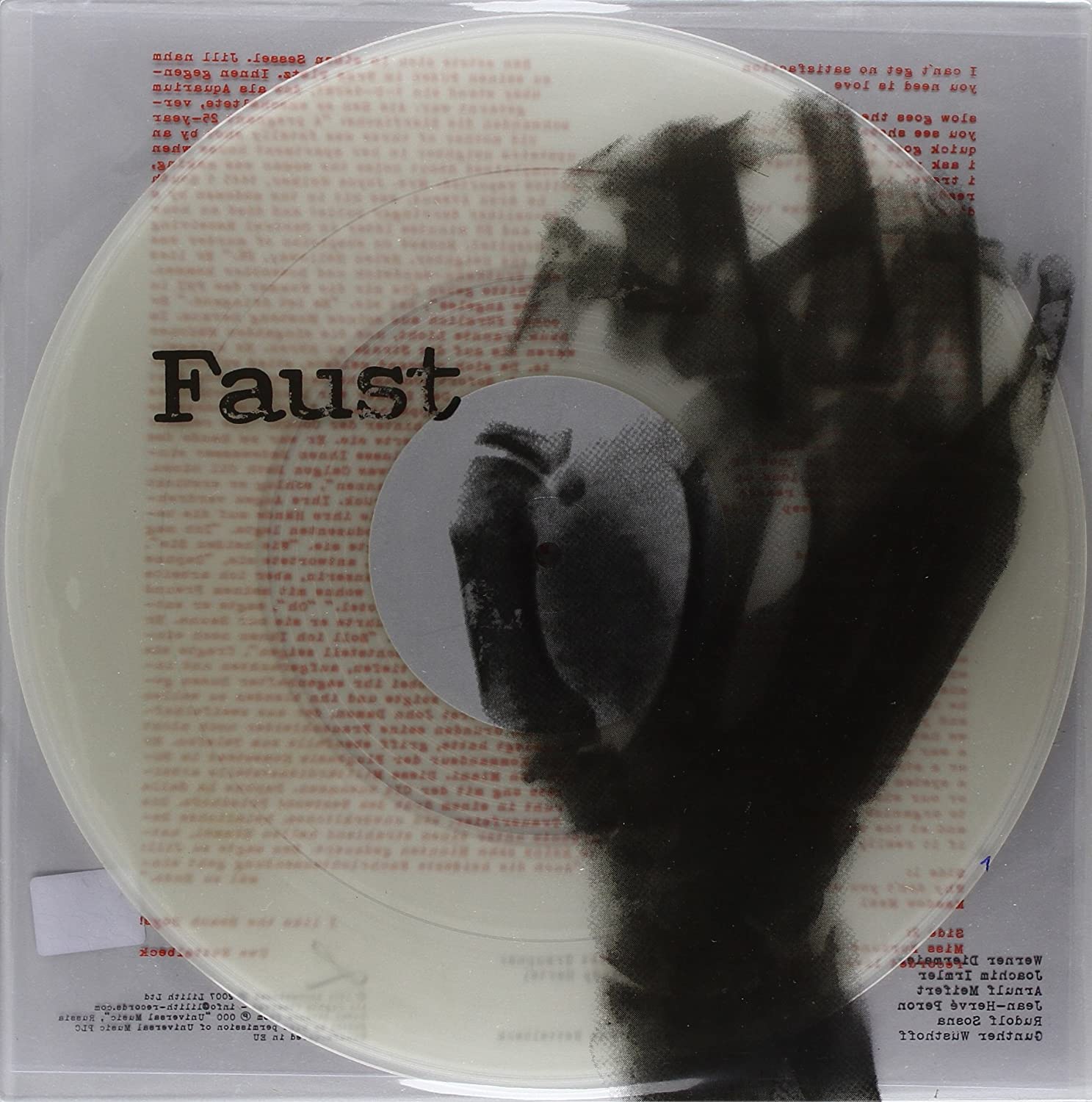 “A puzzle of love, inspiration, revolution, techniques and luck.”

What’s the story behind songs like: “Why Don’t You Eat Carrots”, “Meadow Meal” and “Miss Fortune”?

You want me to take you and your readers on a trip inside my time-machine? All three pieces were partly improvised, partly sketches that we had made before. They all were the results of a common work between Uwe, our producer and friend Kurt, our sound engineer and a friend and all of us plus the intervention of friends here and there. A puzzle of love, inspiration, revolution, techniques and luck.

Your debut was released on transparent vinyl.

It was all transparent! No colour at all! I think we were the first to do that. It was difficult to force the manufacturers to do so as they kept on saying: “No, we don’t do that because it will be bad quality” and they were wrong: it is possible!

Sorry, I have no memories about this because I did not care one bit about the commercial aspect of the whole business.

Personally, I like ‘So Far’ because I like songs. Maybe because I am a French man and the French people like chansons? Anyways, Polydor was not pleased with the first record and they put pressure on us to make more “accessible” music. It was for us an interesting experiment to try and make “normal” music. In the end it turned out to be bizarre music anyway. I enjoy everything in life so I cannot tell you what I specifically enjoyed about ‘So Far’ as it is all the same for me. Maybe the children’s choir was great fun for “I’ve got my car and my TV” but you see, we were young, we were enthusiasts, so everything was fun and exciting!

“Were too stoned to get the cables properly wired” 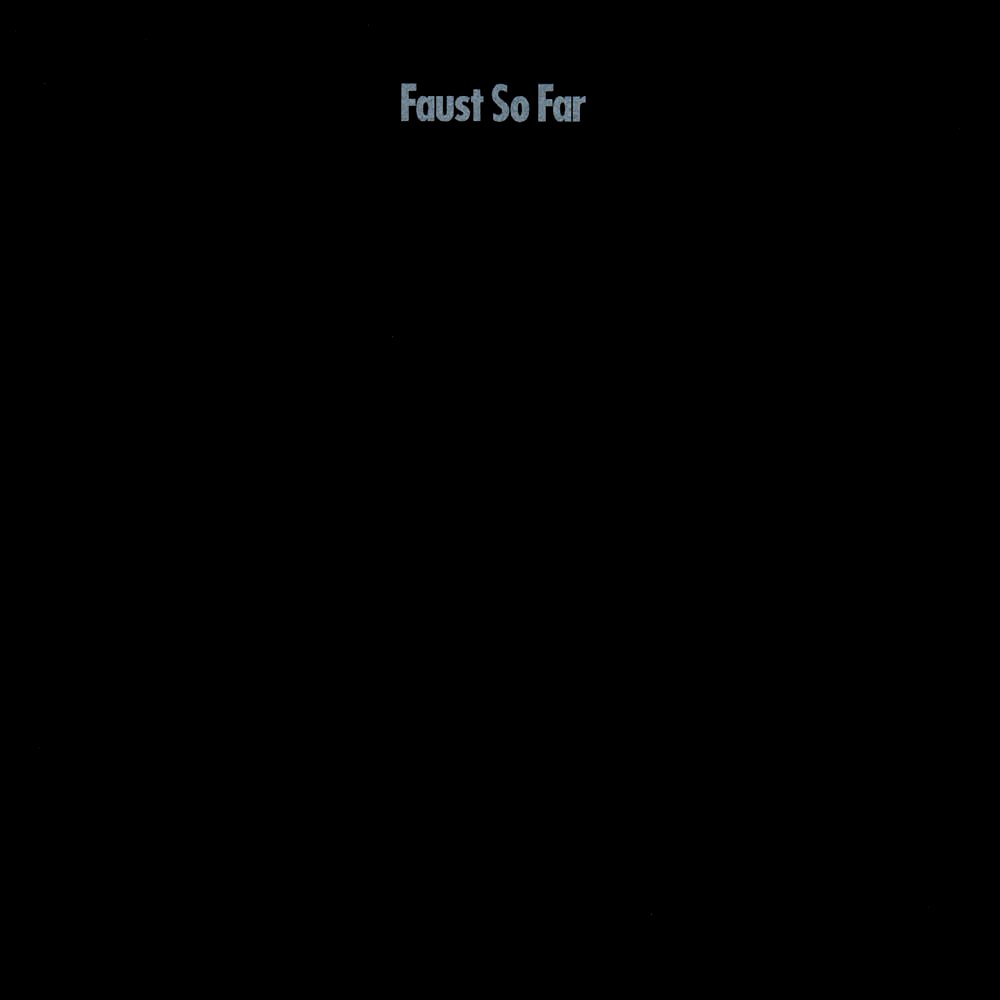 How about gigs and touring?

Our first gig was in Hamburg where we introduced quadraphonic as the very first, even before Pink Floyd did it, but we were too stoned to get the cables properly wired and it all turned out as a huge happening where nothing worked, the audience was on stage, the press was pissed and we made a scandal at the aftershow party… great fun all that! Then we went to France and ate a lot of garlic in the tour van! We met very strange people everywhere, played in almost empty venues, … then we went to the UK and it was the real beginning of Faust! People there liked us a lot and it was challenging. We owe a lot to the English audience. They gave us enormous positive feedback and motivated us to go on. The UK is still the place where I feel the best on stage.

‘Faust IV’ is probably your most well known album. 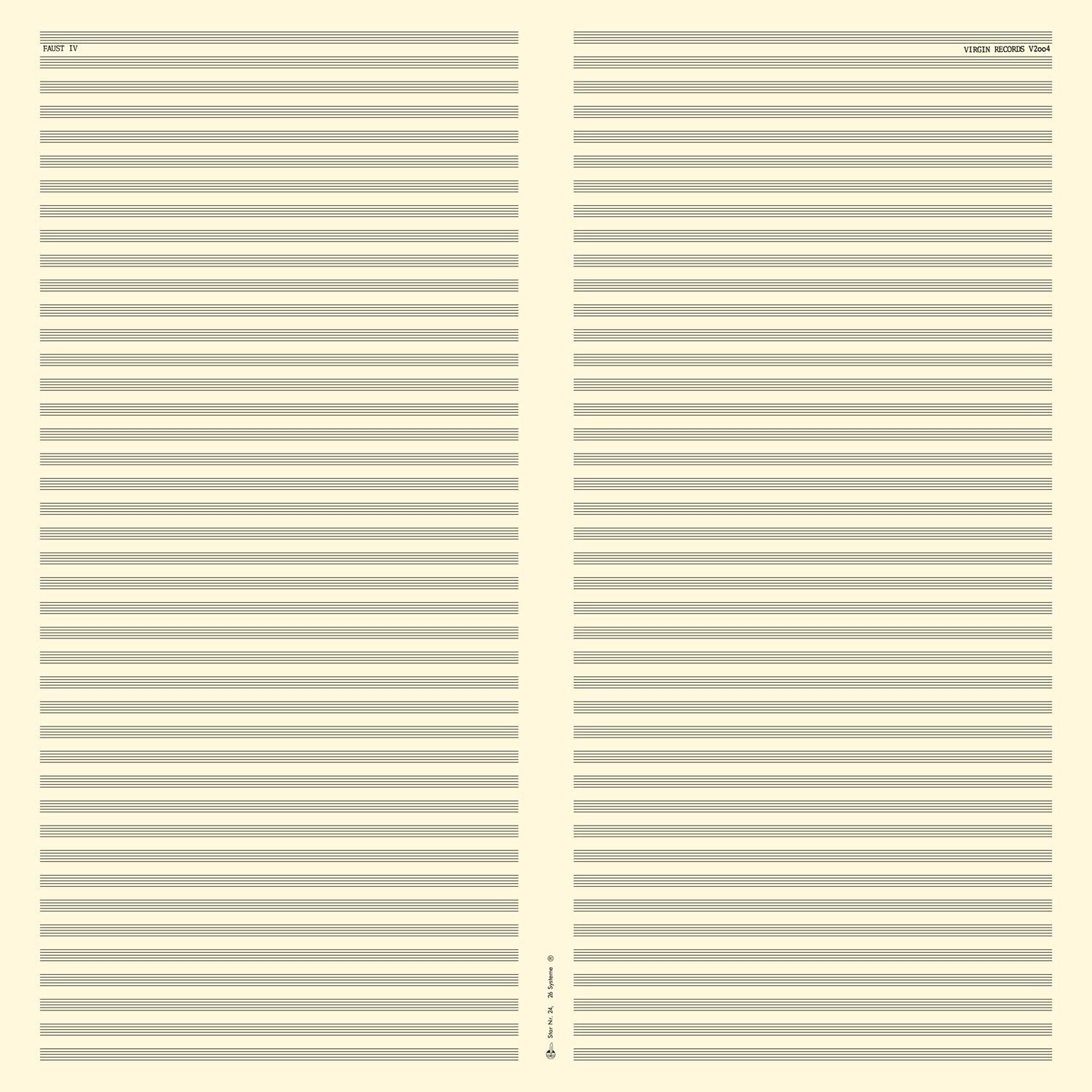 It’s such a masterpiece.

We recorded ‘Faust IV’ at the Manor Studio in the UK at the same time as Mike Oldfield was recording ‘Tubular Bells’. It was a beautiful feeling there with good equipment, very friendly people, and a big dog called Bootleg. It was an Irish wolfhound. We recorded pieces like “Sad Skinhead” and “Krautrock” which are more or less the super hits of Faust together with ‘Rainy Day’ of course…

How about ‘The Faust Tapes’? It was a cut – and – paste album which spliced together a large number of bits and pieces from your extensive collection of private recordings, not originally intended for release. Virgin issued it at the then price of a single, 48 UK pence. ‘The Faust Tapes’ reportedly sold over 100,000 copies but its low price tag rendered it ineligible for a chart placing.

Yes this is correct. ‘The Faust Tapes’ are a genius business trick as well as an extremely innovative piece of music. 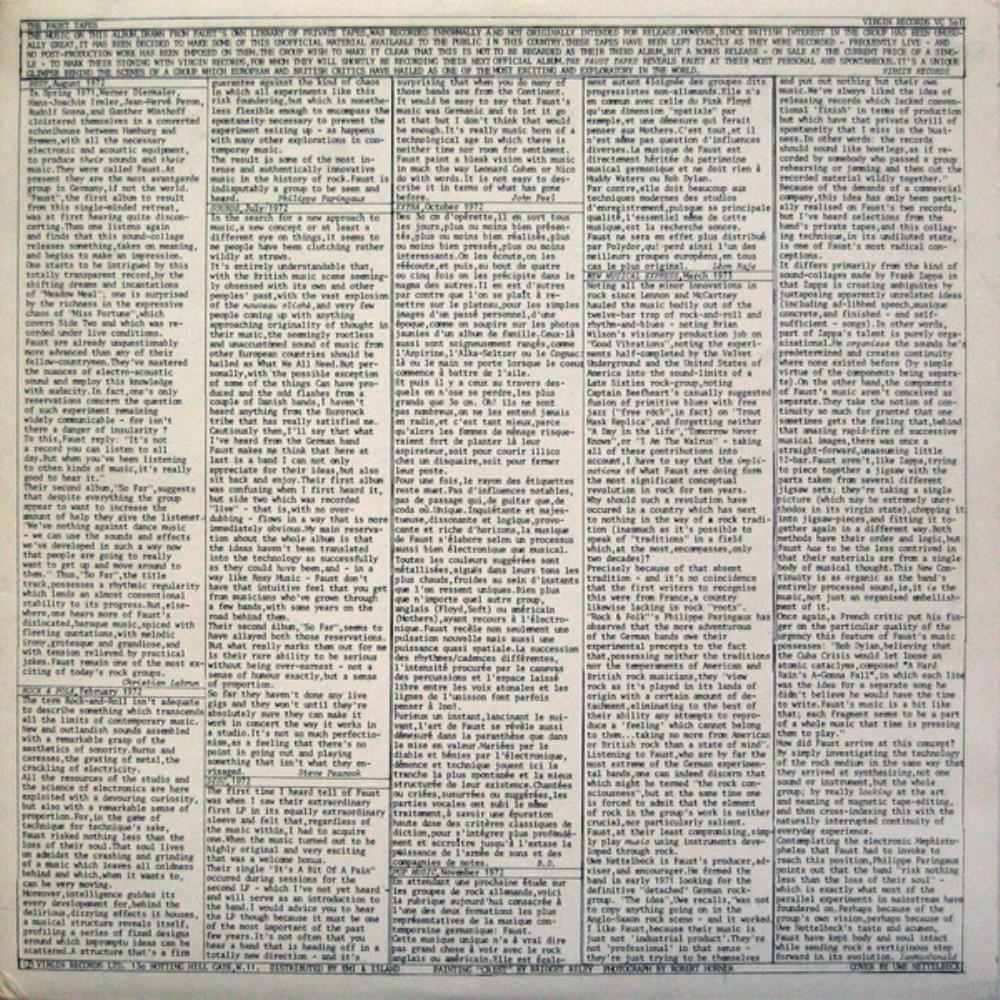 Same procedure as with Polydor. Richard Branson wanted us to be popular and we did not. 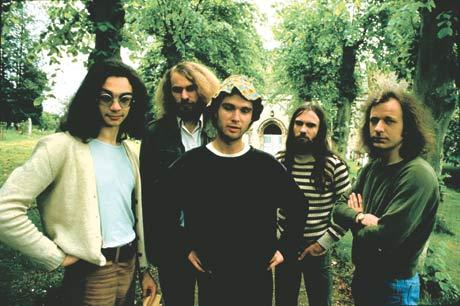 This is a secret and will remain a secret :). We breathed and moved our bowels like everyone else and did a few other things too, but it is a secret.

In 1994, Faust toured the United States for the first time with members of Sonic Youth as an opening act.

To be exact; it was only Zappi and I, who toured the USA in 1994. It was very exciting and we were scared because it was just the two of us. But we met a wonderful musician Steve Lobdell and the tour was a success after all, leading to the next recording – Rien with Jim O’Rourke. We played the East coast and the West coast, always inviting guest artists to perform with us. The best show was in San Francisco!

The main differences are: first the digital techniques of editing a record and the fact that we did not live together anymore. Both of those changes influence the music in a positive way. It was easy to make a very difficult collage and easy to do overdubs and the fact that we all lived different lives brought new inspirations, new strengths.

We had families by the time and our psychos were changing. This also led to the separation of Faust into two separate groups, both called Faust, both respecting each other… But not communicating anymore. 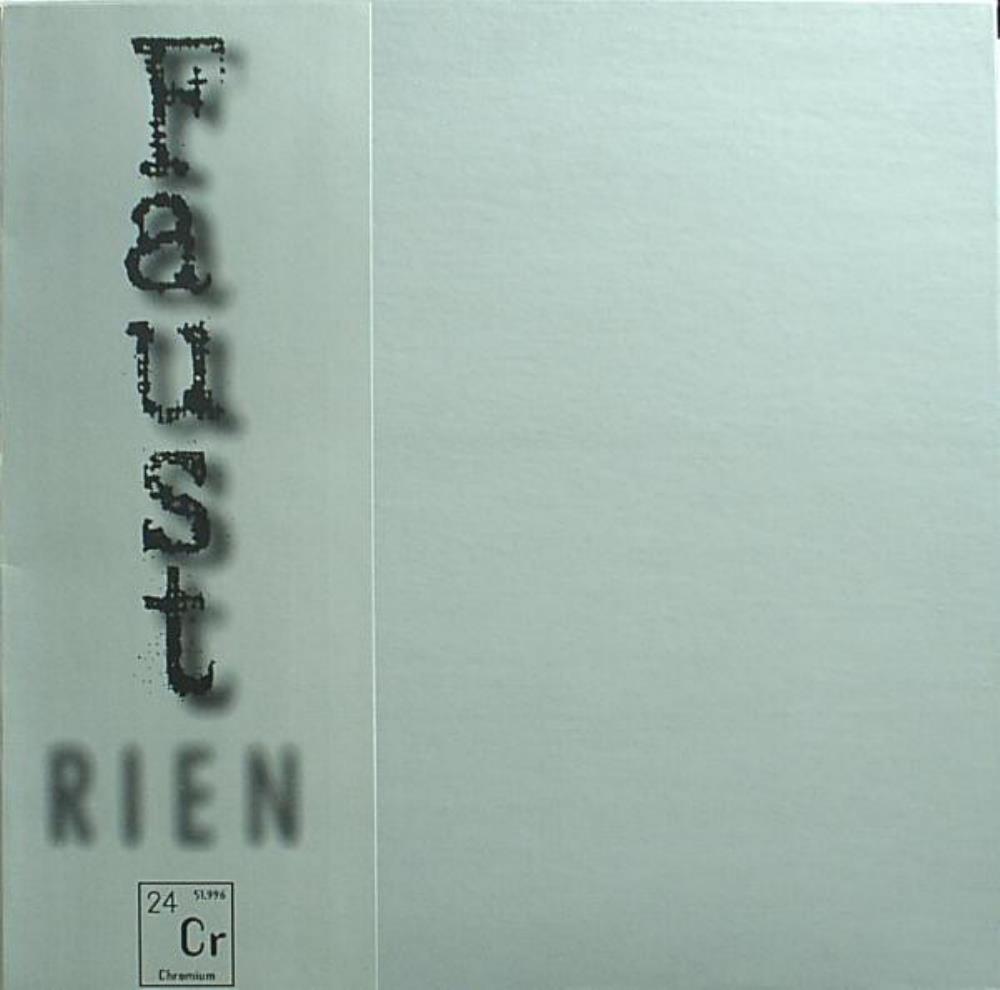 Rien is an extra-ordinary recording for Faust and represents for me the new start of Faust. FROM THEN ON; Faust will collaborate more and more with other artists… You Know Faust is for me the equivalent of debut, as it was made with the same spirit. It is also the last recording of the original Faust. Shortly after the release of this album and a tour that followed, Faust split up and will never come back together. I love all the tracks on this album. I have no comments to make on the other albums you mentioned as I did not play on them. 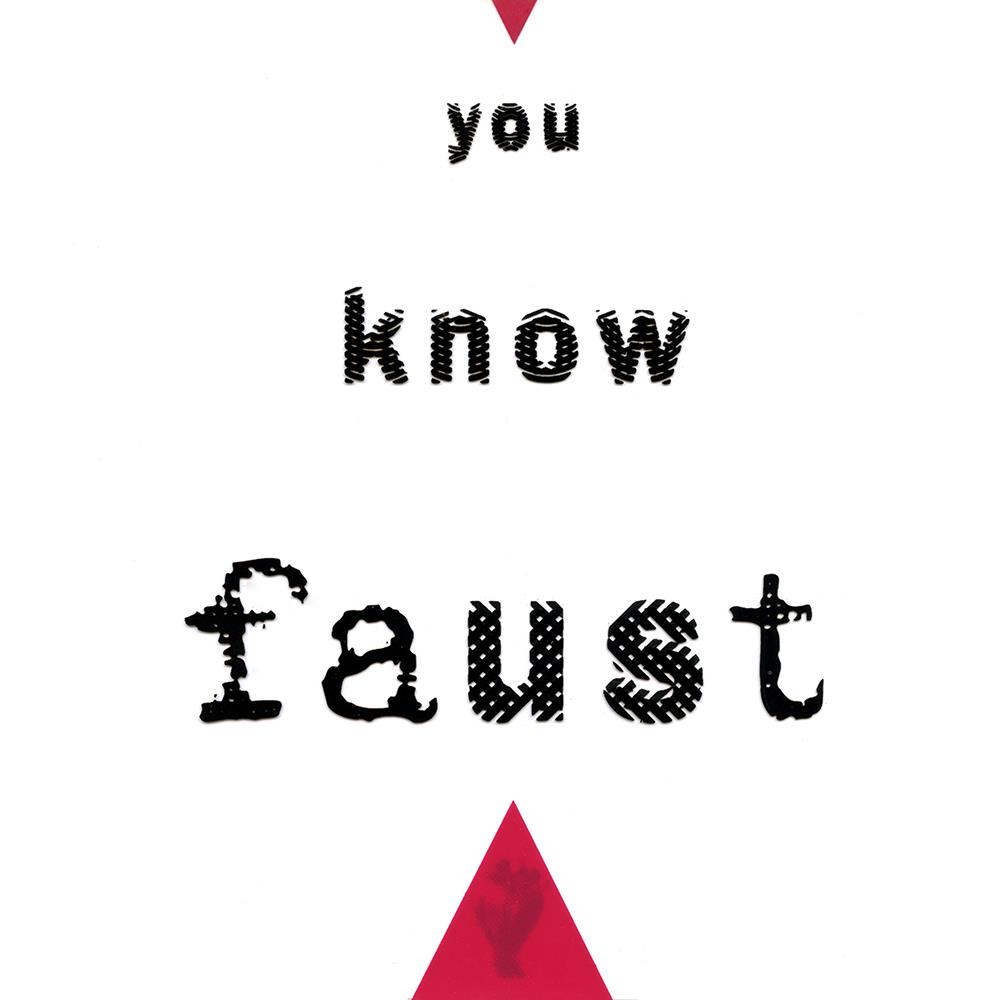 Thank you. But it was very easy to be totally different because we recorded with Amaury Cambuzat who is a fantastic musician and a wonderful person. We had worked hard with him before, to perform a tour in 2005 / 2006 and we were loaded with positive energy. So we made these recordings in Hamburg to celebrate our adventure. 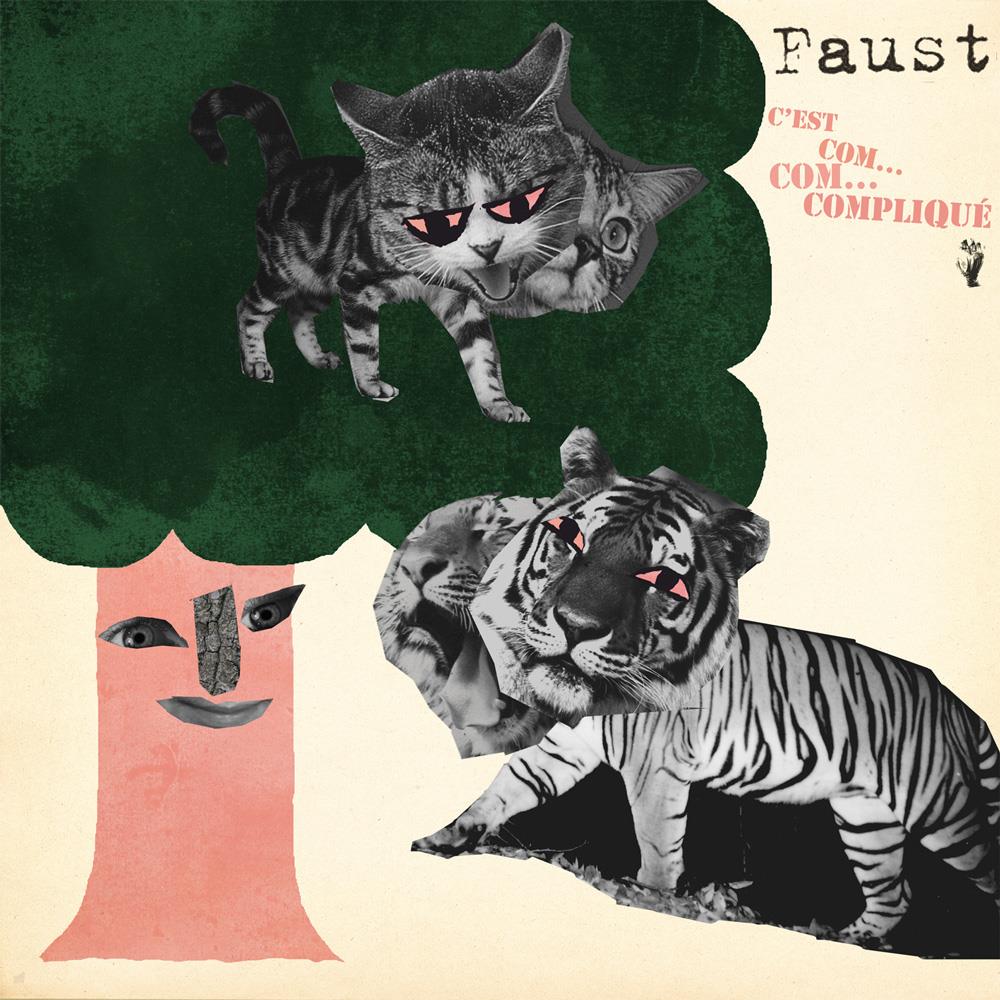 Faust now exists in two completely different incarnations, both active and each reflecting different aspects of the original group. Why this two incarnations?

We had to separate because our personalities clashed and our attitudes towards art diverged. So now, we have two Faust’s. Isn’t that better than just one? 🙂

What can you tell me about Something Dirty?

It is a similar situation as with C’est com… com… compliqué. Geraldine and James have been working with us since 2006 and so we decided to record something together in order to celebrate our common efforts and joys. We recorded again in Hamburg but in a different studio this time. 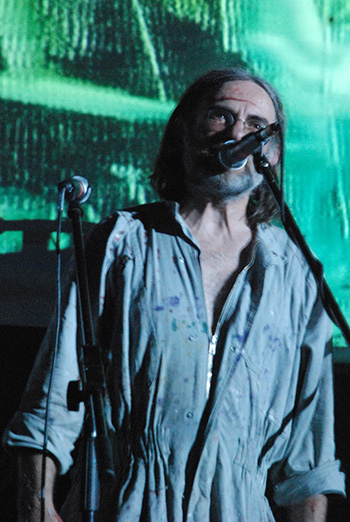 We had also a great time and spent very creative days together. 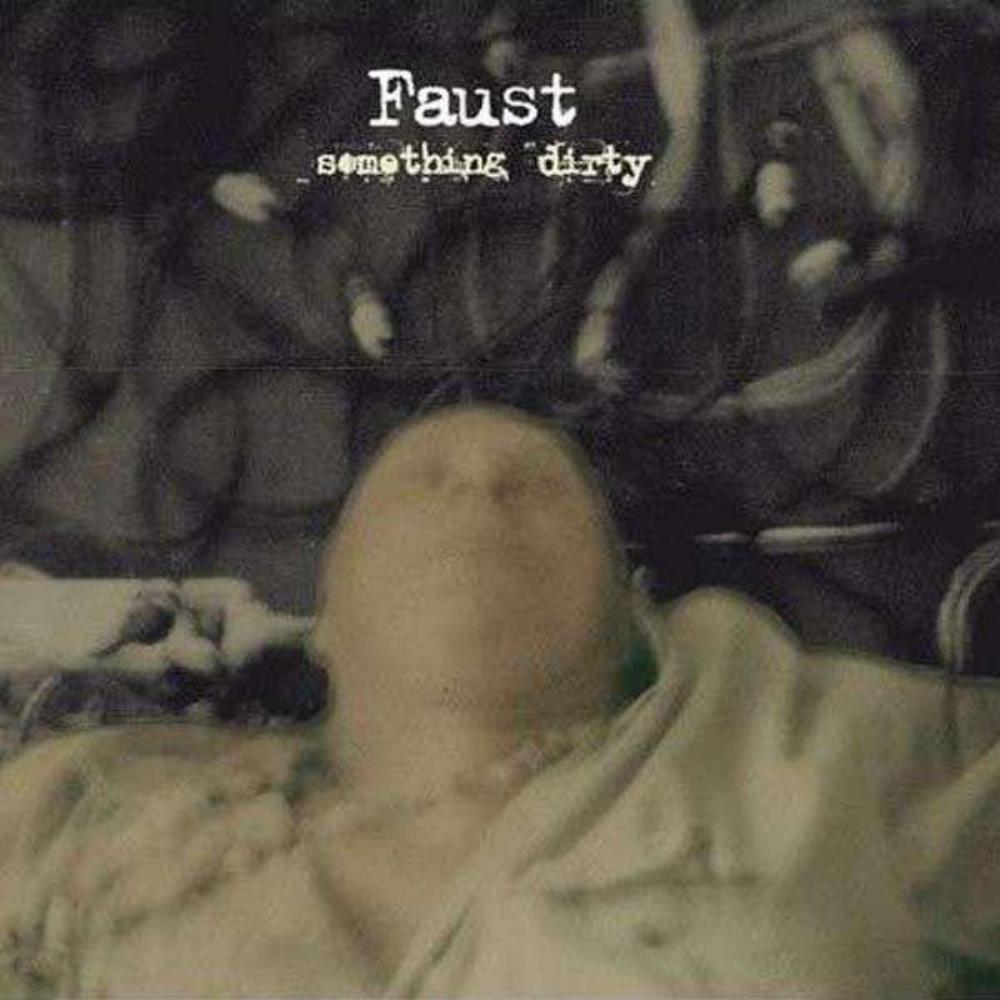 I have a solo project called ‘Art-Errorist’, where I am deeply involved with concrete-mixers. I also plan to further collaborate with different artists: at the moment I will perform with the members of NWW (Nurse With Wound) and artists from Poland. And of course, I am organizing every year a festival of experimental art (www.avantgardefestival.de). Three days of Utopia as Chris Cutler puts it. 🙂 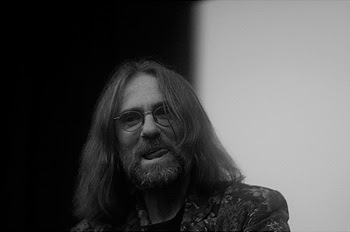 It makes me extremely happy to see that our music finds an audience. It makes me proud also that after so many years, we can reach the ears of younger generation. It is very motivating. Faust music will never make me rich financially, but it has given me always a huge satisfaction and a serious reason to live.

Check the www.avantgardefestival.de site and make sure you come! 🙂 Thank you for your interest in our music. Amities jhp/art-Errorist/faust