Massachusetts-based “garage psych cult heroes” The Prefab Messiahs celebrate their 40th anniversary (!) with the release of their fifth album (OK, so there was this 30-year self-imposed exile!).

They’ve been on a roll since reuniting about ten years ago following internet rumblings about their influential inspiration on the current garage psych scene. “Fun” is the keyword with these overaged teenagers, and songs with titles like ‘Franz Kafka’ and the self-deprecating ‘Psychsploitation’ rub elbow patches with obviously tongue-in-cheek homages to their own musical heroes, from “outsider” wingnuts like Barrett and Lee (‘Ssydarthurr’), Bobb Trimble (‘Bobb’s Psychedelic Car’), Dan Treacy, and Anton Barbeau to insider loonies like Robyn Hitchcock, Julian Cope, the Dukes of Stratosphear/XTC (‘The Man Who Killed Reality’), and beloved legends like Ray Davies (‘Sometimes Sunnydaze’) and those other four fab dudes (check out their 1981-83 anthology ‘Devolver!’).

Thanks to this pandemic thingy everyone’s bitching about, the lads exchanged a few ideas and musical headscratching and discovered that isolation, vaccination too many loonies ruining our nation was the perfect time to save us from ourselves and each other by foisting 11 slabs of exilic garage rock with psychedelic undertones onto an unsuspecting and possibly unwanted unwashed public. So skin up, dig yourself out from under those fast food delivery wrappers and empty beer cans and wig out to ‘Water Bottle’, an ecological plea for its own survival from the viewpoint of the eponymous flotsam you just tossed out the window. Of course the Messiahs wrap it all in a jangly singalong pop tart of sugary goodness.

‘21st Century Failure’ derides the pathetic crybabies who bitch and moan about the shape of our world (“Boo hoohoo”) but won’t get off their sorry asses and do something about it, and the Bowie tribute ‘Bubble’ (complete with Thin White Duke-influenced video) uses its ‘Rebel Rebel’ riffing and Jello Biafra shouting (courtesy singer/songwriter/producer Xeerox Feinberg) for additional friendly pokes at the sickos and conspiracy-nut theorists getting high inside the comfort of their bubble lives. Garageniks in general (and Gene Clark fans in particular) should recognize the de rigueur melody that surfs through ‘Beautiful Things’ as seemingly every other jingly-jangly pop tune emanating from mid-‘60s garages riffed it off (sic). In true Messiah fashion (with a wink and a nudge to Nick Drake’s ‘Hazey Jane’?), there are two versions and Part 2 comes first. But you’ll probably feel a whole lot better if you play them back-to-back and devolve into the enveloping Byrds/Beatles pastiche. 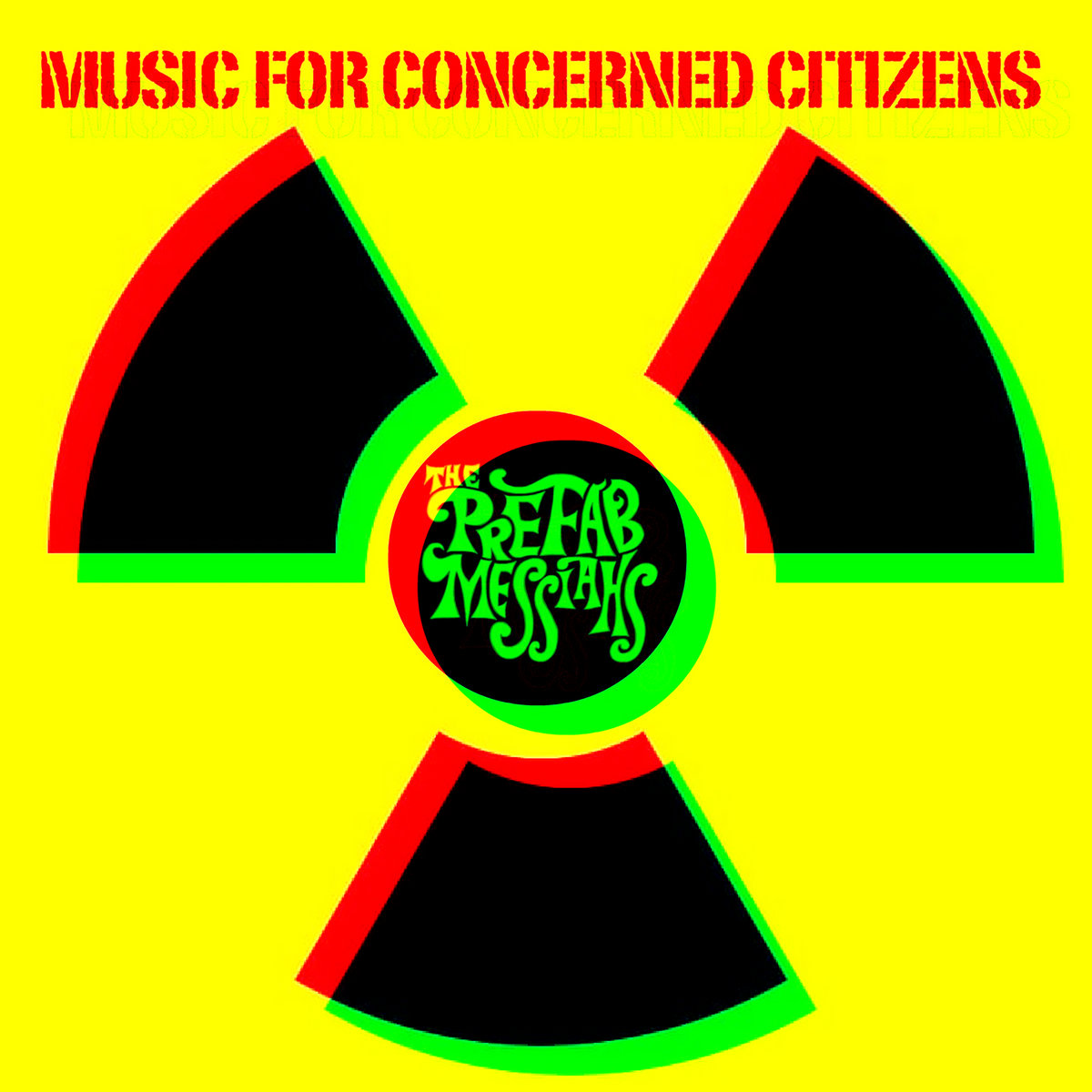 There’s more than a little, er, whiff of the Campers giggling in the van with Beethoven through ‘Lonely Astronaut’ with Feinberg stretching his six strings to the limit around Doc Michaud’s kaleidoscopic keyboards, and 2018 single ‘Bring On The Robots’ gets a fresh coat of paint (‘Redux’), although its warning “Attention: your behavior is incompatible with acceptably formatted societal standards. Please recalibrate your thoughts and actions to avoid mandatory disciplinary penalty points” shows we haven’t learned anything in the past two years. Finally, polythene Pam’s been in lockdown for nigh on two years, and her ‘Pandemic’ sister has been hiding something under that mask; hope it’s not a scam!