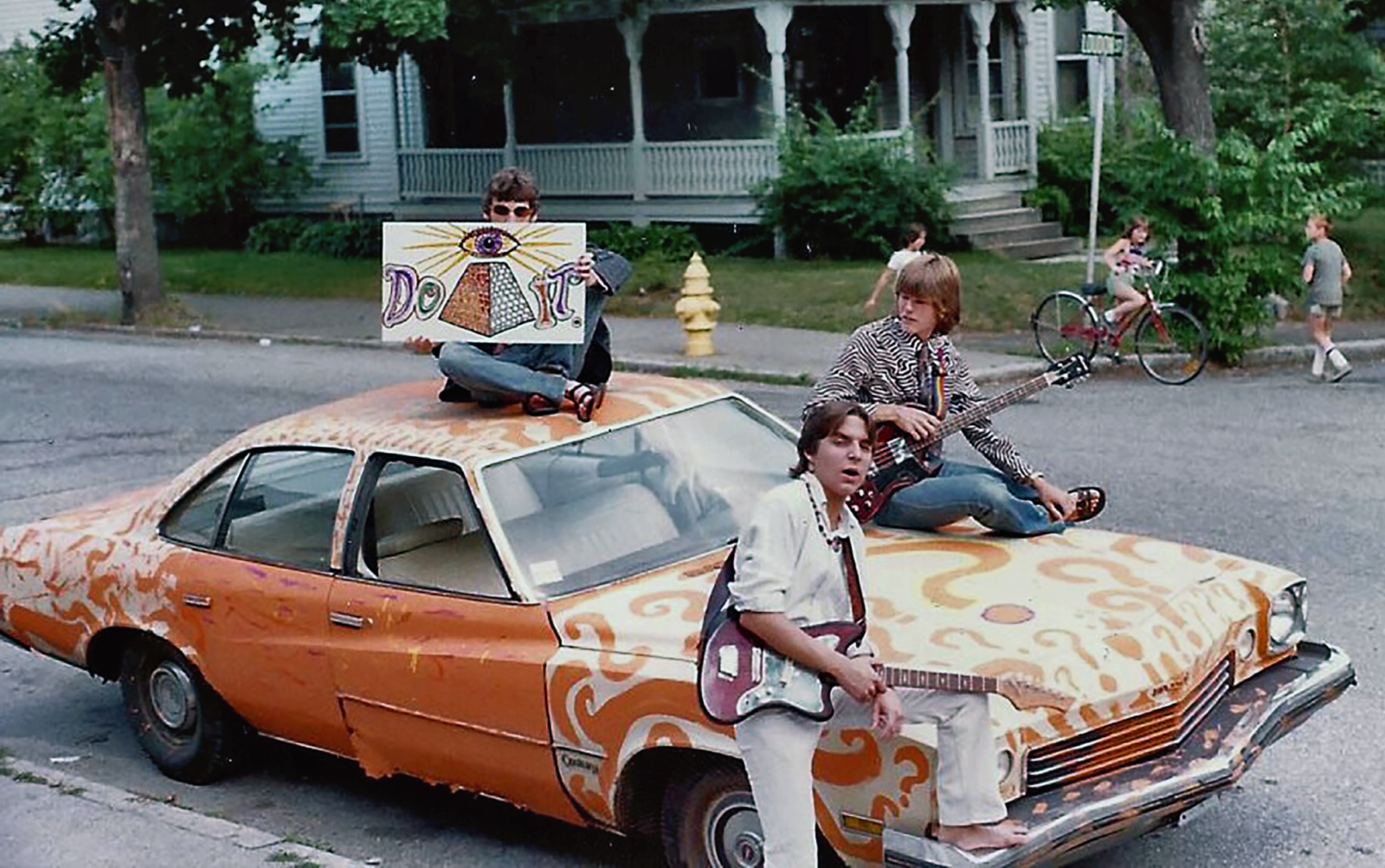 Legendary New England garage/psych-rockers The Prefab Messiahs are announcing a new full-length with the release of a kaleidoscopic new video for single ‘Bubble’, which comments on the expanding information silos that have grown since the dawn of the Internet age. Enjoy the exclusive premiere of the trippy new animated video that features some far-out Bowie homages.

Where do we start with micro-legendary weirdos Prefab Messiahs? Well, before becoming a cult classic amongst garage rock aficionados, the band has roots dating back to the 1980s where they started out as a fast and furious political band finding its footing in the new wave/punk scene. Fast forward to the mid-2010s, the band’s tapes collected some dust but were seen as obscure gems until they were reissued in 2013, prompting the band to reform and write new music for the first time in 30 years! Now the band is back with their latest effort ‘Music For Concerned Citizens’ due out on July 9th.

“The Prefab Messiahs is a sort of mystical mental construct”

The Prefab Messiahs, a band that has been active for many years now. You have a brand new album ready, ‘Music for Concerned Citizens’ . Can you share some further details on how your latest album was recorded?

Xeerox: ‘Bubble’ is the new video and advance single. The album itself is called ‘Music for Concerned Citizens’ and will be out on July 9. The songs are all dribbling out into public over the next month or so according to some relatively mysterious master plan based on how to get stuff onto streaming services and such not. Trip, Doc and I have been working together and recording virtually for years now so in a way the cover thing didn’t make that much of a difference to our process. We’re always in isolated lockdown. As usual, I worked up some song demos and sent rough tracks around to everybody and eventually they add stuff and we chop it all up and mix it together. Then Trip and I do a few days of getting together in rural Pennsylvania to hash it over, add some more vocals, and basically try to make it weirder. Voila!

Xeerox: The songs are mostly shorter and faster, unless when they aren’t. The themes are a bit more overtly about “the state of things” but hopefully in an interesting, off-kilter, not-too-obvious way. Half the album is a bunch of fairly hard-hitting psych-pop rockers. As usual, we wear a lot of mid-century influences on our 21st century sleeves. I think the overall production is a bit better… sounding “more like real music”… which has always been one of my goals, believe it or not. 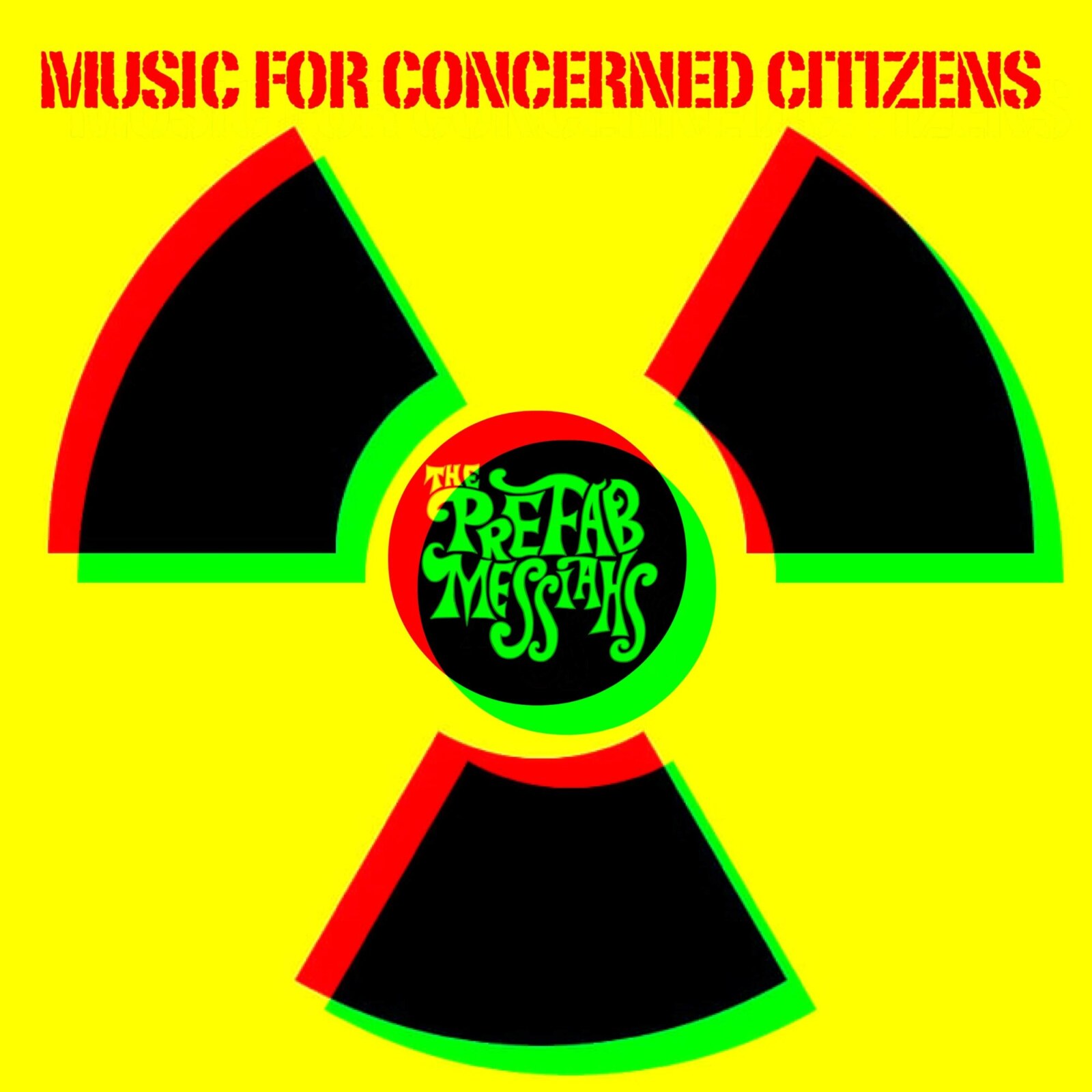 Is your material set in stone by the time you record, or is it an ever-evolving process? Are there any songs from your past that you’d like to revisit or rework?

Xeerox: The “band” is really an art project and that’s how we actually treat it. But part of the art project is about acting like a garage band, if that makes any sense. The material starts as a series of rough demo songs that evolve and grow (or get abandoned) until we end up with the final “product”. ‘Bubble’ arrived pretty spontaneously… a clever riff, some re-jiggered live drum tracks, a slathering of synth… can we channel a bit of Bowie, a little Eno? There’s a joke involved, but it’s treated seriously. The song ‘Water Bottle’ started out a pretty basic, minimal guitar, bass, and drum song… by the time it was done it had backwards drum effects and all sorts of keyboard sounds and 12 string leads and a lot of epic layers. It became a much different animal. Back to the question… there are a few early ’80s Prefab tunes maybe worth revisiting, but we never actually created a masterpiece to live up to back then… I really think the new songs are part of the same process and evolution. Young Me would have loved to record this new album (though no doubt he’d be disgusted and horrified at Old Me in general.)

Trip: We did re-record our early-’80s song ‘Bourgeois Sally’ (as ‘Booshwa Sally’) for our ‘Keep Your Stupid Dreams Alive’ album (2015). I remember that it was a warm day when we re-cut it, so we had the studio window open…and you can hear a passing siren at some point in the new version. As far as other songs possibly to re-interpret, I’d be interested to try ‘Don’t Go to the Party’ of ‘Sacred Cow’ at some point. Xeerox has some great currently-languishing demos that could be ripe for getting the Prefab treatment too. 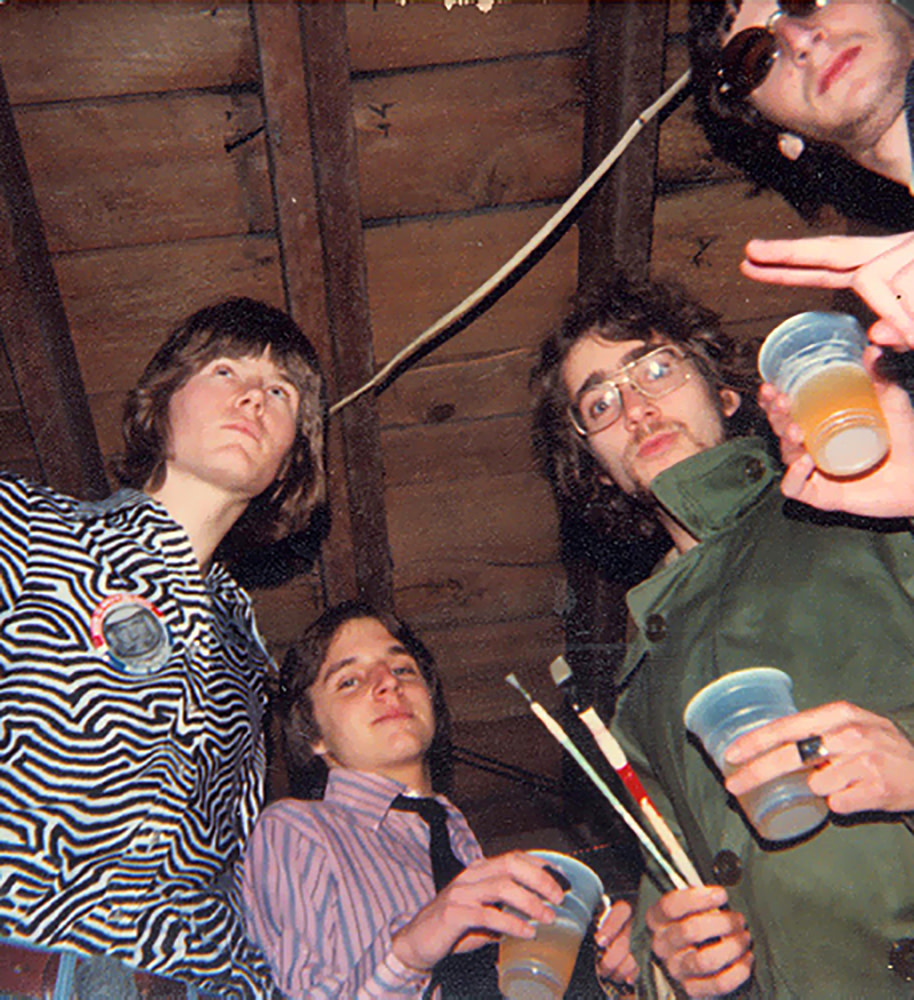 Xeerox: Given the state of live performing lately… not really!

The Prefab Messiahs is really a song-recording and video-making outfit by choice. We don’t live in the same city anymore and we’re not 20 years old and, you know…the pandemic kind of made not being in front of an audience the status quo over the last couple years.

I’m always hoping to make “albums” that are artifacts in and of themselves… that hold up and can be listened to the way I was influenced by records over the years (more than by live performance, for better or worse). The ideal is to make some sort of connection to other humans, even if it’s just getting somebody to make the monumental effort of hitting “Like” on a media post.

Meanwhile radio and podcasts or whatever might say they want shorter songs, or “garage rock” or “power pop” or “psychedelic music” or longer songs, or none of the above… but ultimately we’re just mixing all sorts of things up and not being exactly any of that at any given moment. So everything is an influence of some kind. Being ghosted by the whole world is what we’re fighting against. Showing up to play a live set in a pop-up store amid the clothes racks in front of 20 strangers (which we’ve done) is only one way to get feedback. In that particular case, I remember thinking, “I should try writing some easier to play songs!”

Xeerox: Usually songs happen just because some combination of words and sounds pop into my head and I’m cheerfully self-deluded enough to feel that it’s somehow vaguely interesting or important to get down more permanently. The Prefab Messiahs is a sort of mystical mental construct that serves as the vehicle for some kind of invisible creative conversation with the history of rock and roll of a certain type.

Nobody says anybody should stop writing poetry or painting pictures just because poetry and paintings don’t cause riots in salons or galleries like they used to, or because the poet or painter is decades older than a teenager. What The Prefab Messiahs is doing is a certain kind of thing that should probably be interesting to anybody who appreciates that certain kind of thing in general.

Back then you only released ‘Flex Your Mind’ tape in 1983, right?

Trip: Yeah, that was the only thing that circulated at the time. Back then, we mostly focused on doing shows and giving one song at a time to the underground rock DJs at the local community station (WCUW-Worcester MA). For our first reunion show in ’98, we put together the first edition of ‘Devolver’ — a 27-song CD-R anthology.

How did collaboration with Bobb Trimble come about?

I ran into Bobb at WCUW in 1980, the year before the Prefabs first formed. He was there to be interviewed about his first album, ‘Iron Curtain Innocence’. We kept in touch and hung out a bit after that. He caught the Prefabs’ first show in late ’81, and at some point thereafter declared himself our manager. I don’t recall what he actually did in that role, since I was arranging our gigs—but he did co-produce a couple of songs of ours, ‘The 16th Track’ and ‘Desperately Happy’. He also dropped our name in his song ‘Armour of the Shroud’. Years later, in 2007, I helped him get his two private press albums reissued by Secretly Canadian. Also, from 2008–2013 I played in a band of his, Bobb Trimble’s Flying Spiders. That was a cool project to bring into existence, as he hadn’t really played much music since the early ’90s.

How are you currently handling the world situation as a band?

Xeerox: We are handling it as publicly and directly as possible! We made an album specifically about it!

Xeerox: These days recording songs and making videos for The Prefab Messiahs is pretty much all I can handle. It’s hard enough to get people to focus on that. But I am hoping to eventually revisit some of the super-obscure 4-track cassette solo projects I did back in the ’80s and ’90s and make those available, for what it’s worth.

Trip: Before the pandemic, Doc was playing with some Memphis bands like The Subtractions, doing a lot of deep-cut ’60s covers and the like. I’ve been involved with a variety of projects; the ones I’d call current are more in the experimental electronic realm, Astral East and Astral Chill. With those projects, I often get ideas about interesting sound treatments that could get woven into new Prefab Messiahs arrangements.

Trip: I guess I’m alone with answering this one? Well, hopefully your readers are well-acquainted with The 13th Floor Elevators. Along with ‘Roger the Engineer’-era Yardbirds, they were who we probably covered the most early on. At our shared apartment, I also remember these on the turntable: Red Crayola – ‘The Parable of Arable Land’, Devo – ‘Duty Now for the Future’, various Beatles and Monkees albums, Public Image Limited – ‘Second Edition’, Gang of Four – ‘Entertainment’, and mid-to-late ’70s Brian Eno albums.

In terms of newer sounds, it’s cool hearing different permutations of psych-rock from all over the world—like Kikagaku Moyo from Japan, Altin Gün from Netherlands, GDDLF from Spain, New Candys from Italy, Föllakzoid from Chile, Limiñanas from France, etc. And I keep turning up older things that I wish I’d found earlier, like Sensations’ Fix (’70s Italian) and Ras G. But that’s part of the fun of continual discovery.