The Prefab Messiahs made a lot of noise back at the turn of the ’80s (some of it intentional and most of it recently reissued by Burger Records on the 27-track compilation, ‘Devolver’).

The original provocateurs gathered for some 30th anniversary gigs and since no one got hurt, they decided to have a go at rekindling the old flames and try not to burn too many bridges – or britches – behind them. Keeping their stupid dreams for superstardom alive has resulted in this eight track (not 8-track, about the only medium it’s not available on) set of punky garage psych tunes that suggest the lads are having too much fun for grown up men in their fifties. But as mid-life crises go, this is one hell of a party!

For starters, it’s housed in a bitchin’, day-glo sleeve that’ll transport you, er, straight back to the early ’80s garage/neo-psych scene dreaming of the likes of the Dukes of Stratosphear, Dementia 13, Plasticland, and Plan 9. Going for the jug-jugular right off the bat, ‘SsydarthurR’ swirls around your head like a mouthful of Everclear, peeling away the cobwebs and namechecking essential heroes Barrett and Lee (I guess ‘BbarrettleeE’ was too obvious!)

If The Monkees ever recorded real garage music it might sound like ‘Weirdoz Everywhere’ (dig those “Hey, hey, hey, heys”!) And every punky garage band had to have a token surf tune, right? So the ‘Fabs through some eerie theremin onto a Peter Gunn theme, toss in a riff right off their old ‘Paint It Black’ record, and graft on some Surf Punks’ shenanigans and lock everyone in the ‘Orange Room’. 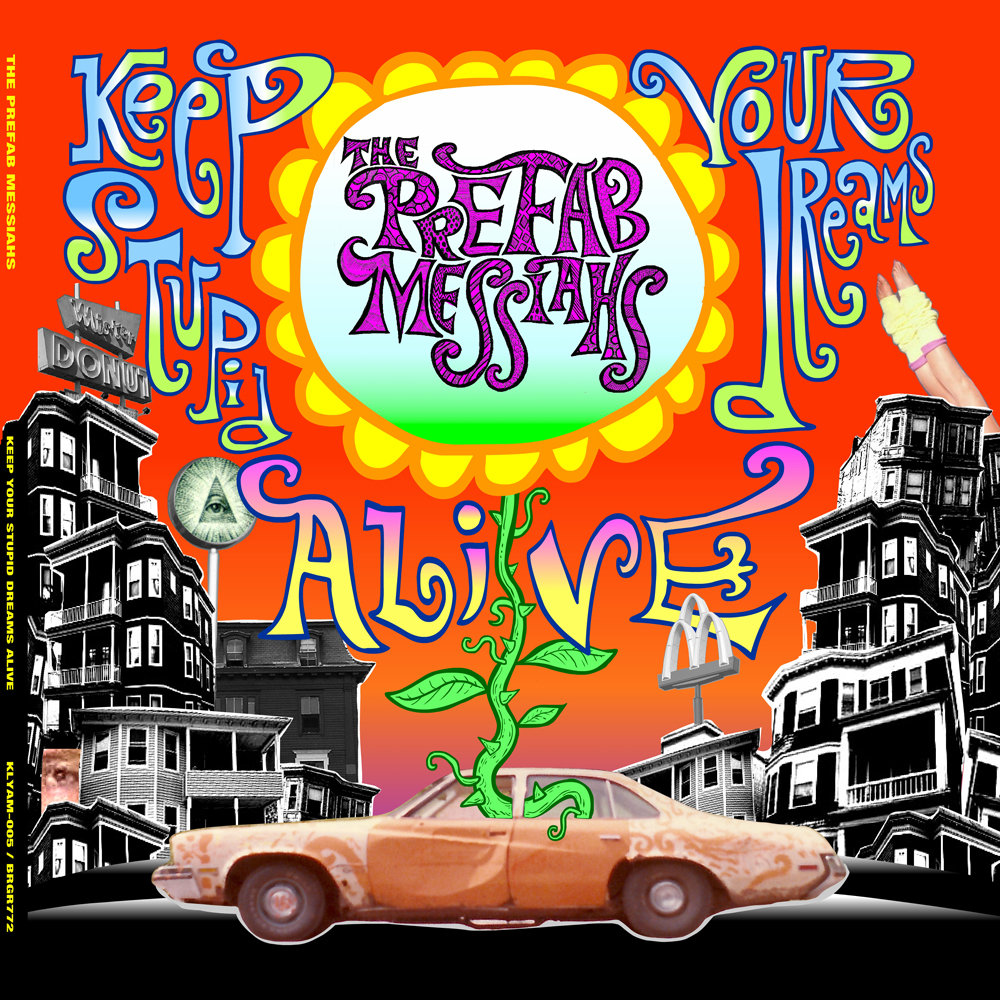 The band continue their tip of the domes to their heroes and influences with a ride in Bobb Trimble’s suped-up wheels, ‘Bobb’s Psychedelic Car’ and circle around for a quick reprise with Syd, Arthur, and all their freaky friends. Hop on board and join the trip to keep your own dreams alive, stupid or otherwise.