I guess Wizard Bloody Wizard is a step to the roots?

Yeah the idea was to get back to our earliest musical influences. To get back to the core of the actual musicians that first inspired us to pick up a guitar. Hendrix, Ron Asheton, Iommi, Leigh Stephens, Jimmy Page etc. And to get back to the roots of heavy music… the blues, rock’n’roll etc.

The songs are fusion of the Stooges, Black Sabbath, early Alice Cooper, Blue Cheer and other heavy psych bands of the time. For me it’s like giving a candy to a kid, y’know?

Haha… me too. I guess we are pretty much totally obsessed with the heavy bands from this period… all these bands created heavy rock/metal. It’s the birth place of all the music I still dig. I really hoped we could create something that was contemporaneous to all those albums… something that would stand outside of time and trends.

Emphasis of your last album Time to Die was based in horrific atmosphere accompanied with extremely long and heavy riffs of darkness. It’s completely different album compared to Wizard Bloody Wizard. Was it difficult to make a different sounding album or was it a completely spontaneous decision?

I hope all of our LP’s have a different feel and atmosphere but still using the same instrumentation. Obviously the new line-up had a huge effect on the sound, everyone has their own influences and style and that comes out unconsciously in their playing. So, yeah, you tend to play to the strengths of the band and what sounds good. In many ways it felt like a new band, so it made sense to ‘start again’ with all the original influences. It would seem contrived to try to make a ‘Wizard’ album… to stick to some kind of formula.

I guess commercially we should stick to some kind of branding… but ‘what the fuck?’… that’s what is killing music! We are artists not salesman. 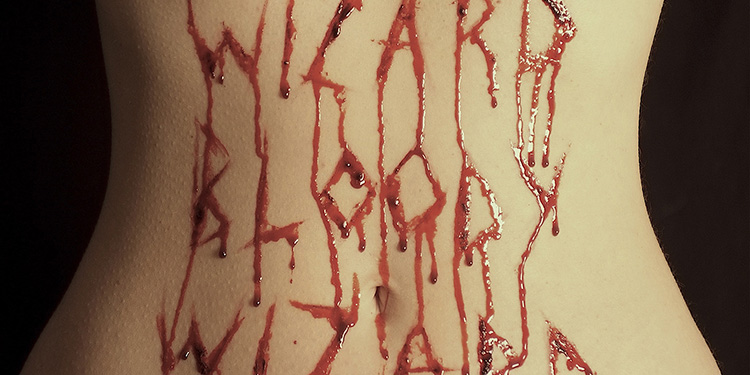 Time To Die was the end of an era, kinda…

Yeah definitely… even the concept and title of the LP was meant to reiterate that. The whole LP was a ‘funeral’ for the old days… I mean the concept was basically about growing up as a metal head in the early 80’s , through the satanic panic, PMRC etc. and how our attitude is basically a reaction against how society viewed ‘freaks’ in that era. I started to notice it was our version of Quadrophenia, but with 80’s metal heads and Ricky Kasso.

Where was the album recorded and what kind of equipment did you use? Would love if you could share some further words about its recording and production process. In our recent interview you said you basically built your own studio…

The album was recorded in various places as we were moving house at the time but yeah the studio was completed at our new place. It was all recorded with the same gear tho’… a Tascam 16 track tape machine, Mackie desk, Neve preamp, Copicat delay, Roland space echo, and a couple of other reverbs and compressors. It’s really a very simple set-up as we wanted to keep the signal path from band to tape as short as possible… y’know to keep it as raw as possible. We wanted to capture the finished sound immediately to tape, which is what I learnt from recording Witchcult Today, it’s the closest to the recordings of the 1960’s and early 70’s. The basic tracks were recorded and engineered by Garrett Morris who I had worked with on the Cough LP… as I needed to stay ‘in focus’ for playing but after that Liz and I completed the recording and mixing in our studio. 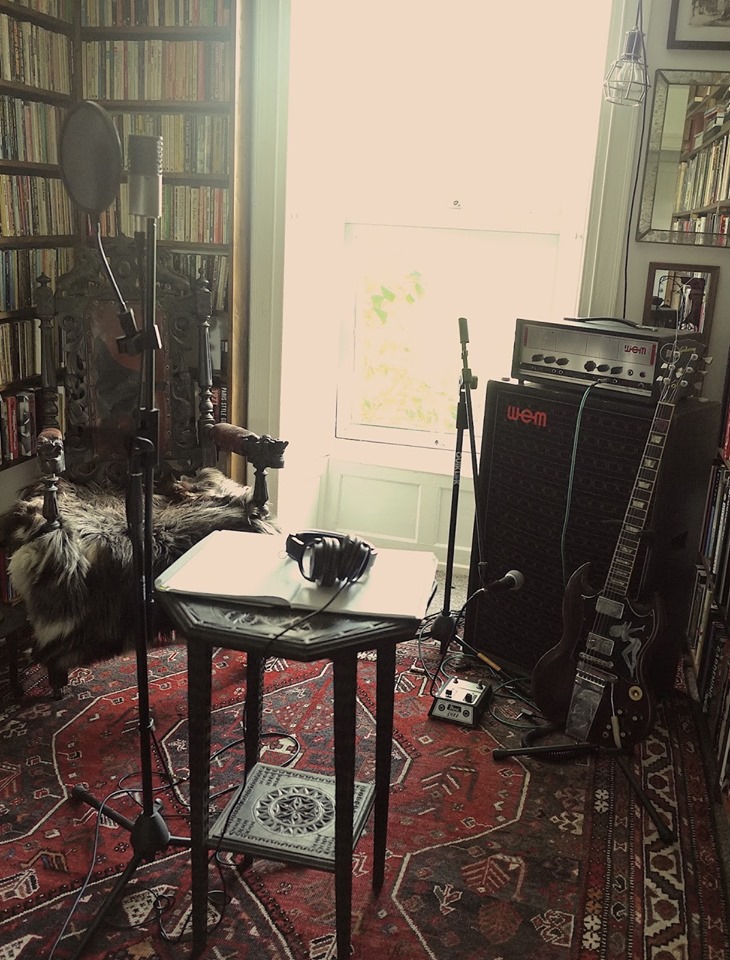 Haha, yeah tell me about it. All the gear is old and a bit temperamental. Things tend to break unexpectedly in the middle of recording, or even just stop working for no reason and then start working again in a few days/weeks. It was really frustrating. I guess the most temperamental and delicate machine was the 16 track recorder… and the hardest to get repaired. At one point the LP had to be shelved for 6 months while we tried to sort out the tape machine.

“I hope we will start a new quest for a heavier, darker, dirtier sound again… this is just the beginning. The slate is clean.” 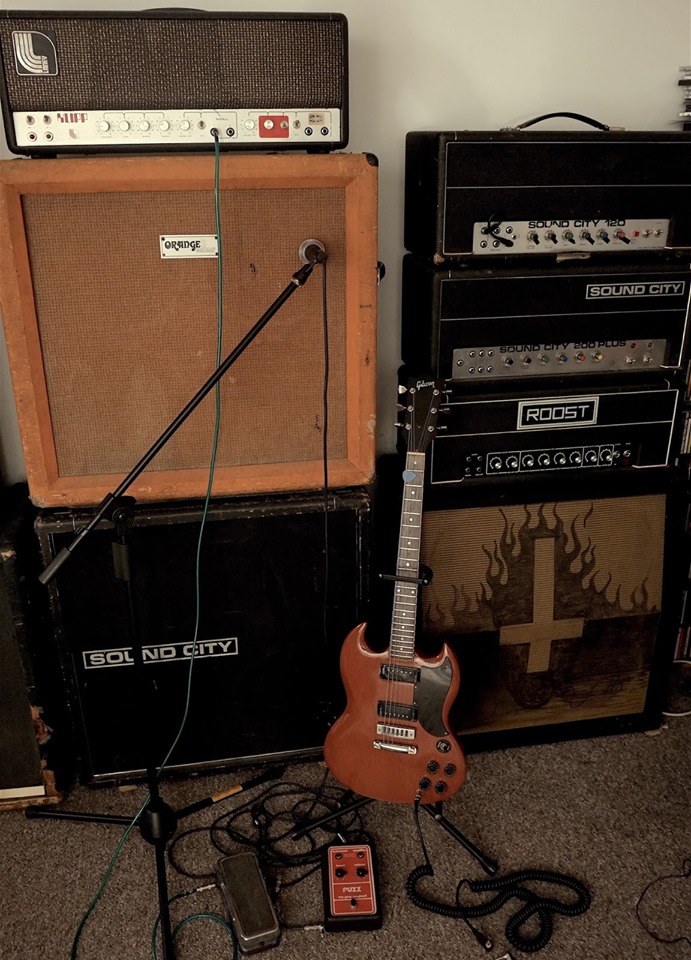 Sabbath Bloody Sabbath was released in 1973 and now 44 years later it’s time for Wizard Bloody Wizard. The current lineup is really what made this album the way it is. What would you say lies in the near future as far as your sound goes? I really enjoy that you are willing to experiment on your records.

I hope we will start a new quest for a heavier, darker, dirtier sound again… this is just the beginning. The slate is clean.

Yeah you have to expand your sound and try new things or otherwise what’s the point? I don’t want to get bored with my music. Some people complain we don’t stick to the ‘formula’ but we’ve been going for 20 odd years now and I honestly think that longevity has come from doing what we want and changing and progressing as we soak up new influences and life (and death) experiences.

Do you think Tony Iommi will have a listen (laughs)?

That’s always the concept… we are creepy, weird people and the music and aesthetic reflects that. I think that people found early Sabbath, Alice Cooper and Stooges genuinely disturbing and unhinged… it really freaked out ‘straights’ and ‘the man’.

At the moment we are trying to plan a US tour then Europe later in the year. I can tell you that “See You In Hell” will sound amazing live… it is such a hard-hitting physical song. You can’t play it lightly or without conviction, it’s too brutal. 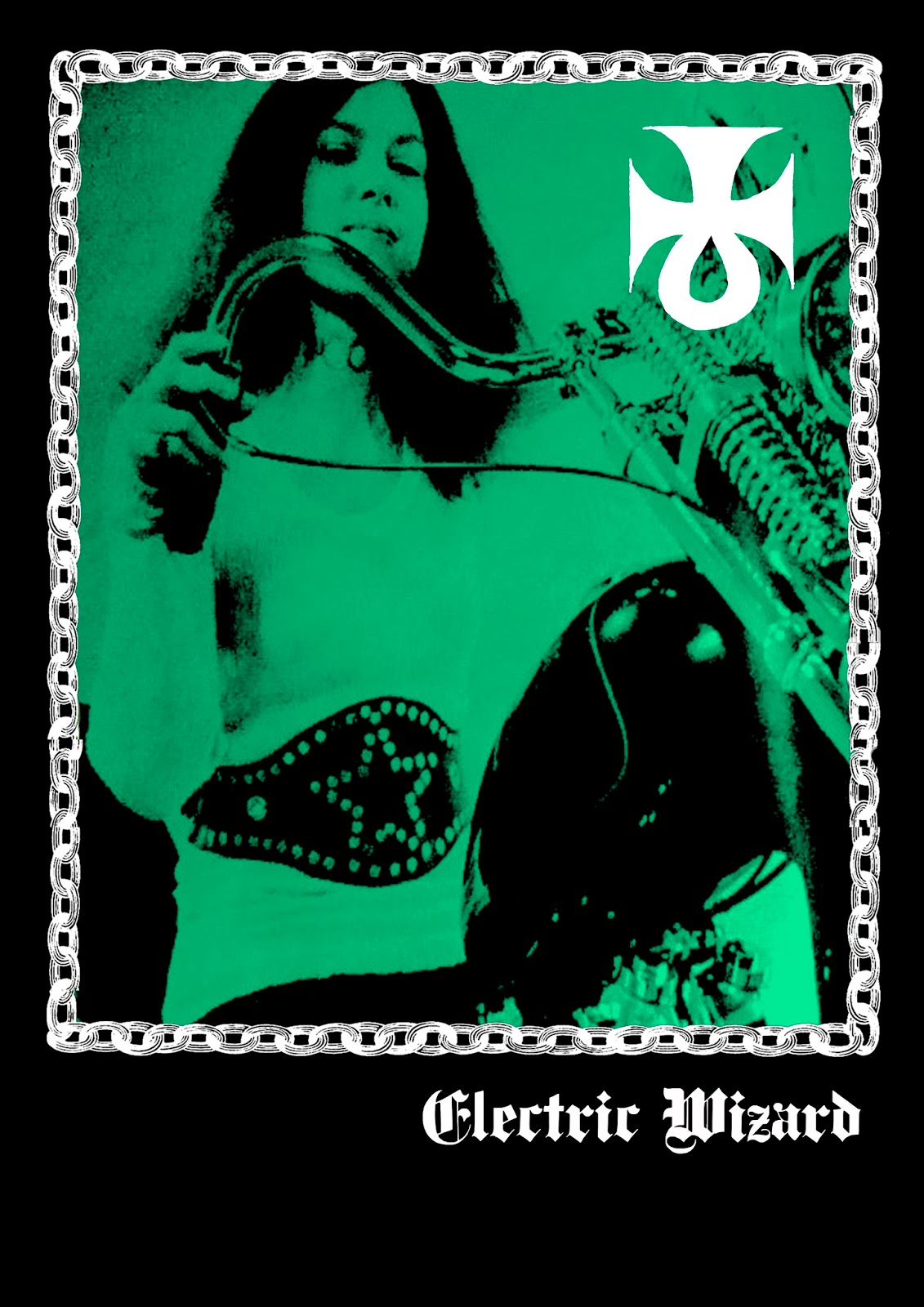 As always I need to ask you if you found any new albums? What are you spinning lately?

Actually I’ve been getting a lot of 7”s , loads of Sweet singles… I really love Sweet at the moment. I think they are a bigger influence on heavy metal than most people realise. I love all their mid 70’s LPs and the 7”s are nearly always non-LP tracks… stuff like “Someone Else Will,” “Burning,” “Man From Mecca,” “Burn On The Flame” etc. are fucking awesome heavy rock/metal songs.

I got some French hard rock 7”s by Variations who also did a fucking awesome acid rock LP called Nador… the later stuff is a bit ‘funky’ but the early tracks are really heavy.

Also from France, Liz picked up the Jean Claude Vannier’s L’Enfant Assassin Des Mouches LP recently and it’s really, really good. It’s the sort of thing I could imagine writing and playing when I retire… I’d recommend it to anyone who loves Histoire de Melody Nelson.

Man I think I’m getting more music now than I ever have before… with Youtube, Discogs and Bandcamp it got much easier to find cool shit… even new stuff. I really dig the 2nd Mephistofeles LP ( ( ( I’M H E R O I N ) ) ), it’s really dirty and sleazy sounding. And the Judge LP Tell It To The Judge is pretty cool as well. 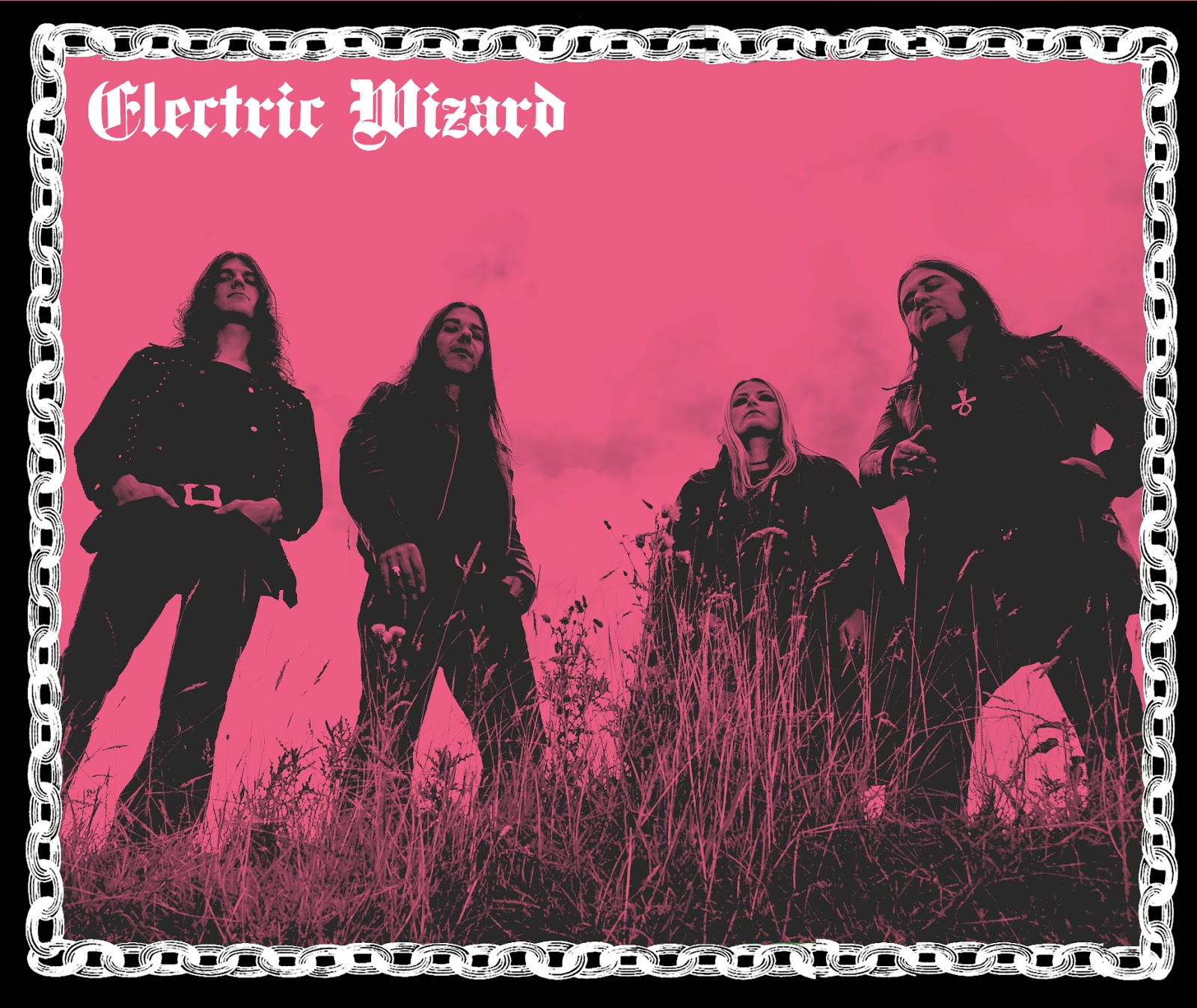 I guess see you in hell then.

“…we knew long ago when we sold our souls, there would be no return from the fate we would earn. We had no choice, when with hooded voice, he led us astray from that very day.”