The heaviest band in the world shared some news with us. There was quite a long period from their latest release Legalise Drugs and Murder. The band got back together with Mark Greening, original drummer of the Electric Wizard. They are also starting their own record label: Witchfinder Records.

Hi Jus, nice to have you here again to talk about your upcoming album highly anticipated by Electric Wizard fans. Our last interview was just at the time when drummer Mark Greening came back. You played Roadburn Festival. There is a rumor, you’re back in a process of songwriting and recording. What can you tell us about it?

Yeah we have just finished our new LP actually. We still have to master and cut the discs tho.

“we all gravitate naturally to this dirtier, nastier sound.”

You once said, you’d like to make the heaviest, dirtiest album. Even more evil than Dopethrone. It’s kind of hard to imagine that, you know?

I think we have done it. It was easy once Liz, Mark and I started riffing…we all gravitate naturally to this dirtier, nastier sound. Every line-up created its own ‘sound’, its own vibe. But this time it seemed as if this was what should have happened after Let Us Prey. It was chilling actually.

You have to get in that headspace to create a heavy fuckin’ LP, but we had a lot of betrayal and lies to deal with. It was really stressful cos people were trying legal games and bullshit. Riffing and creating the LP was an exorcism cos we were filled with hate…But it’s weird cos having been somewhere for so long, with people you thought you knew and trusted, and to have it all crumble to nothing through lies and deceit kinda robbed those years from our lives. 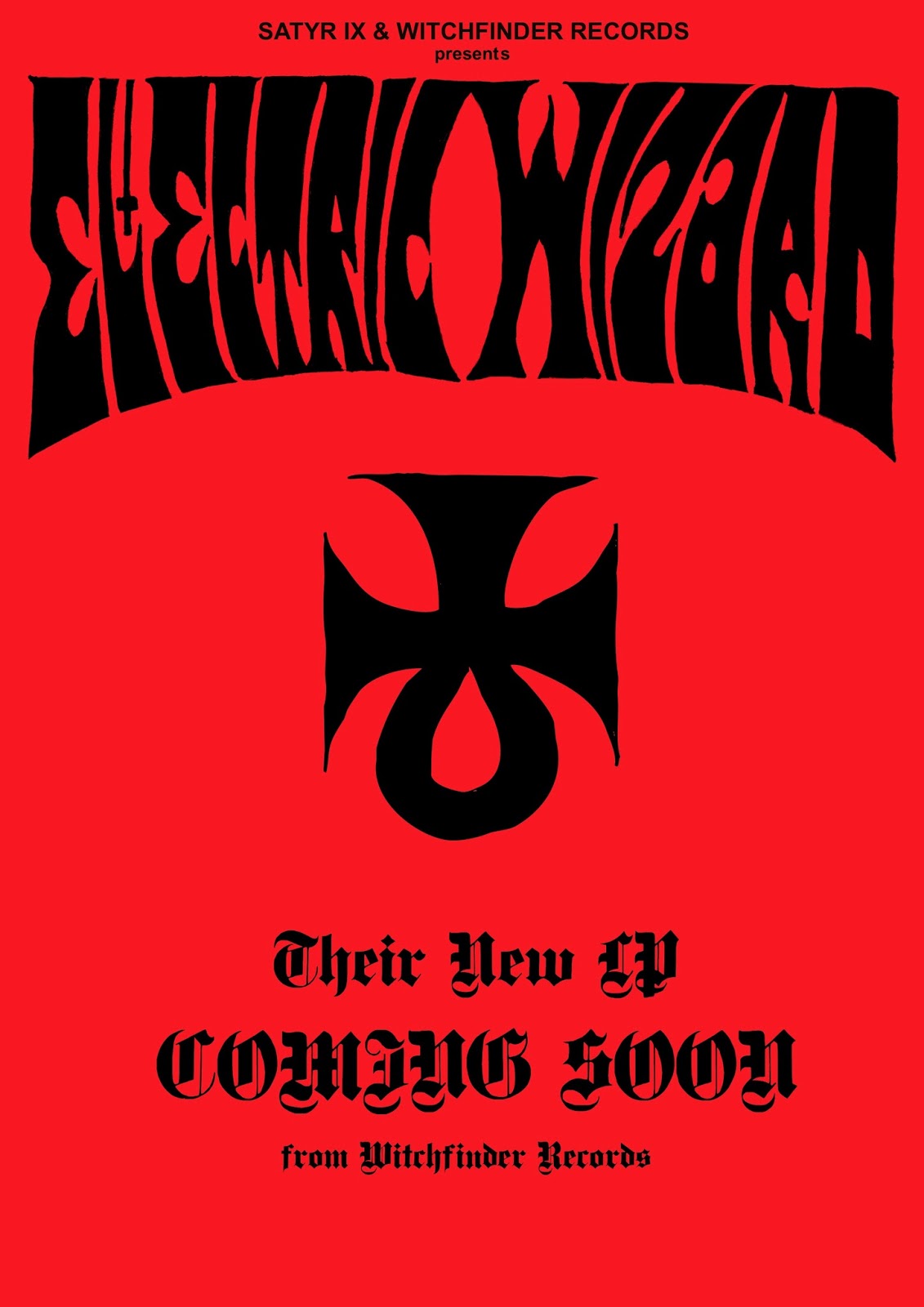 Dopethrone was about the despair of humanity and it was easy to conjure that world again…also on another level the world is fucked right know more than ever…but it has to be from the heart for the music.

Who is in the line-up right now beside Liz and Mark?

We have been jamming with Clayton Burgess from Satan’s Satyrs recently, he has been a friend of the band for awhile so it was natural for us to ask him.

Liz and I thought his style would be perfect for Mark and it totally fuckin’ kills man.

Will the upcoming album have any concept to it? You were interested and influenced by various of stuff; from horror flicks to occult, but you said in our interview, that you buried genuine darkness with horror film imagery since the split of the 1st line, just because it was too real, too painful…

Yeah it’s pretty fuckin’ ‘doomy’ as we say…haha…(that was a sardonic laugh by the way).

This one has turned really venomous, there aren’t many fantastical references in the lyrics. It all points to the apocalypse or an internal ‘ceremony of the opposites’. Opposing forces cause a strong aesthetic and constitute a ‘magikal act’….which is what we do anyway but this time we meditated on ‘death’. The final conflagration in a funeral pyre to ‘Thanatos’.

It was hard to realise these forces in the music before, but with Mark back and Liz, and our ‘wisdom’ versus our despair and withdrawal from society, there was a tension in the music again caused by the meeting of powerful forces, no-one is consumed or enslaved…all are leaders and gods yet it was propelled by hate and betrayal.

I had to face reality, total fuckin’ mind destruction man…a mental funeral. But the world is spiralling to its own destruction too…everyone worships shit (which is dead material, recycled culture) or has their minds turned to shit through mind propaganda…y’know fuckin’ mobiles and the internet etc. I used to think, fuck it, there’s still weed and movies and cool shit…the world can go fuck itself. But you gotta face reality sometimes…the acid test…burn it all away…haha.

What influenced you now?

Musically…obviously everything influences you, we are always digging some obscure acid psych or horror/thriller soundtracks…but we have had a kinda return to older stuff. I have been obsessing on anything from Detroit…Stooges, Amboy Dukes, Alice Cooper, Cradle, Ted Nugent…the real hard shit…and even some Motown and Blues…haha. Its got fuckin’ hard bass lines and its jammin. Liz is totally ‘true’, she is still only influenced by Vitus, Pentagram, Blue Cheer, Black Sabbath, Black Flag and Hellhammer. I guess we got back to our earliest influences, where it all started…Venom, Hellhammer, Frost, Vitus, Pentagram etc. Those bands really inspired our childhood. They created a world of darkness, of rebellion and hatred…haha…people used to hate real metalheads in the early mid ’80s…it was cooler and darker and real.

Mark is pretty much influenced by drummers…I think I would be right in saying he rates a band by how good their drummer is. His favourite drummer and biggest influence still is Ginger Baker. Their style is really similar anyway…we were laughing our heads off watching the Ginger Baker documentary cos they have a similar personality…haha…well he isn’t that rude, Mark is like a really nice Ginger Baker. But Mark just doesn’t give a fuck about anything but drums. Though he’s a pretty mean Hammond player and he plays bass too.

But I guess really we tried to get away from ‘influences’…that’s why we remain isolated from everyone. We lock ourselves away to create this…into our own world and we don’t really want to have outside influences. But then your whole subconscious spills out.

You and Liz are living on the land. What’s a typical day for you?

Uh it’s pretty normal…I was born and raised in the country so this is normal for me. I don’t really like cities or people.

I really despise corporate living anyway, fuckin’ Tescos and all that shit has destroyed the country. Now all the villages are filled with middle-class secondary homes and fuckin’ shitty gift shops for tourists. It’s actually sickening…most of the country people are ghettoised in grotty council estates in the middle of nowhere. Where, trust me, the ‘government’ allow heroine and poverty to eat away the communities and destroy our culture. The ‘environment agency’ in London knows nothing about the country, they are from a different life. They are trying to save the ‘environment’ but they are killing families and lives…???

“We had no rules, we were high and free, just imagining we were Pentagram or Sabbath or Blue Cheer.”

So new material has been done out of jams with Mark? Were you playing at your house?

Well…yeah…we jam in the garage. We converted it in the spring cos before we had a jamroom but it was becoming difficult to write there. We knew when we got Mark back that we had to jam whenever we wanted. It was cool to write everything from jams again…we basically got some riffs together then started to jam hard till we got that feeling of total doom. It was exactly like the old days, and I mean the old days…when we first got the Wizard together. We had no rules, we were high and free, just imagining we were Pentagram or Sabbath or Blue Cheer. There wasn’t many other bands about so it felt like an open field…you could blow peoples minds just by having the huge stacks and denim jackets etc. We cleared venues before we played the 1st note because people knew they were gonna hate us…Anyway yeah we got back to jamming but it felt like that was the right way y’know.

“Everything is in the red and bleeding but it’s really defined like those early Wizard recordings.”

What can you say about the recordings? Where did you record it? Were you using analogue studio? You said you don’t have the final mix yet, but it’s been pretty much done, right?

It was recorded in Toerag again with Liam Watson…we’ve just about finished as we speak but it should be finished by mid Feb. It’s a totally analog studio, which is a fuckin’ nightmare sometimes haha…but protools is for pussies. You gotta be a fuckin’ good band with tape cos it’s all on there. You can’t tamper with it on the computer later.

This time though it is a totally different mix…we wanted it rawer and more brutal. Everything is in the red and bleeding but it’s really defined like those early Wizard recordings. You need to have really defined and confident musicians to pull off that sound cos if you overdub too much you can ‘gayify’ the sound so to speak, haha. We had to get nearly 90% down on tape straight away but we pulled it off with even a bunch of lead stuff done 1st time too…so it’s really aggressive and raw immediately. That’s the sound of all the records I love though…they are always 8 track or 16 track recordings done really fast. This was recorded fast, it’s just taken forever to find the time to finish the mix/editing and Hammond stuff.

Can you reveal the title? The latest release was EP titled Legalise Drugs and Murder.

We changed it a couple of times already, haha. I will let you know soon.

So we can expect everything will be destroyed with heaviness? When is the release date and where are you releasing it? Can’t wait to get my hands on vinyl…

Abso-fuckin-lutely…in all honesty it’s sickeningly heavy. To my ears it’s just savage and hateful and mind-destroying…but then it transcends to something more, beyond emotions and human failings. It becomes a really honest and maybe beautiful thing…to me it sounds like the Stooges play Dopethrone…or something…man I’m gonna send you the advance. 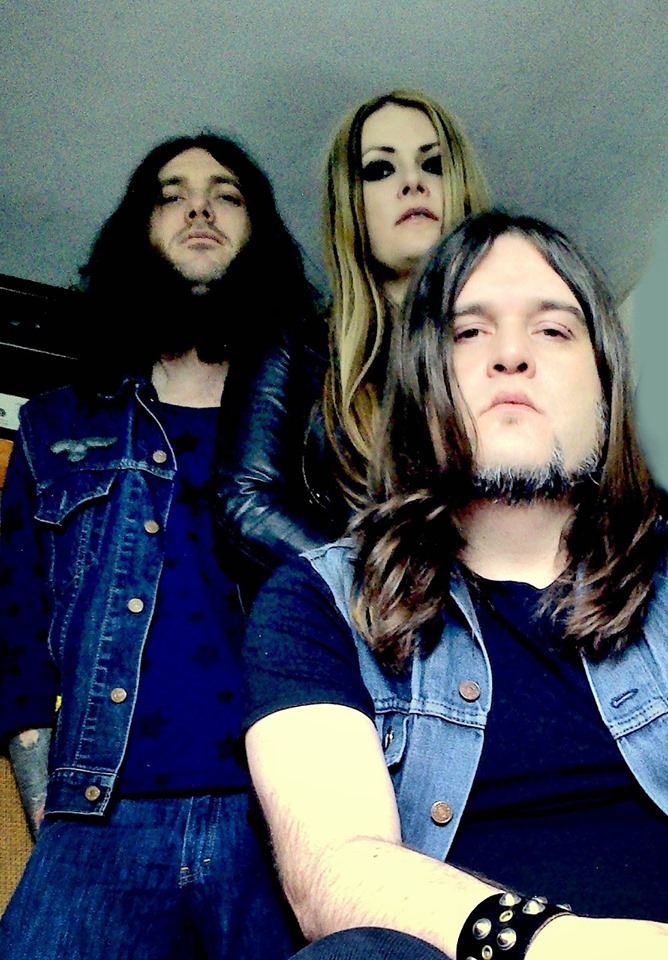 Anyway we’re gonna release it on our own Witchfinder Records in May. It’ll be distributed by a bigger company so everyone can get it, haha. We aren’t so good at business stuff and we never really get involved in that sort of thing.

Thanks man, I really appreciate you took your time to talk about it. Would you like to share anything else with Psychedelic Baby readers?