Electric Wizard have been on the scene for several years now with many different lineups. Jus Oborn formed them out of his previous bands in early 90s. They became one of the heaviest bands. In the past 10+ years they released a great amount of records. Their latest release is Legalise Drugs & Murder EP. More about their upcoming plans in the following interview with Jus.

What’s happening right now in the camp of Electric Wizard?

I think that we’ve reached one of those decisive moments in Electric Wizard history…I guess every band gets to a point where they have perfected a concept…or idea?….until its run its course. Then you have to reinvigorate, reinvent yourself…y’know…or die?…like a snake shedding its skin. We are in that process now…but, y’know that the snake is still essentially the same beast again and again. The process started last year but really solidified when we began jamming with Mark Greening on drums again. His previous band had split and we talked about jamming again and it totally worked…since we got him back in the band there has been a, subconscious at first, shift towards much heavier and darker material. I think I buried genuine darkness with horror film imagery since the split of the 1st line-up because it was…too real, too painful…I didn’t want to look inside myself. I numbed myself with drugs, satanism, horror movies etc. 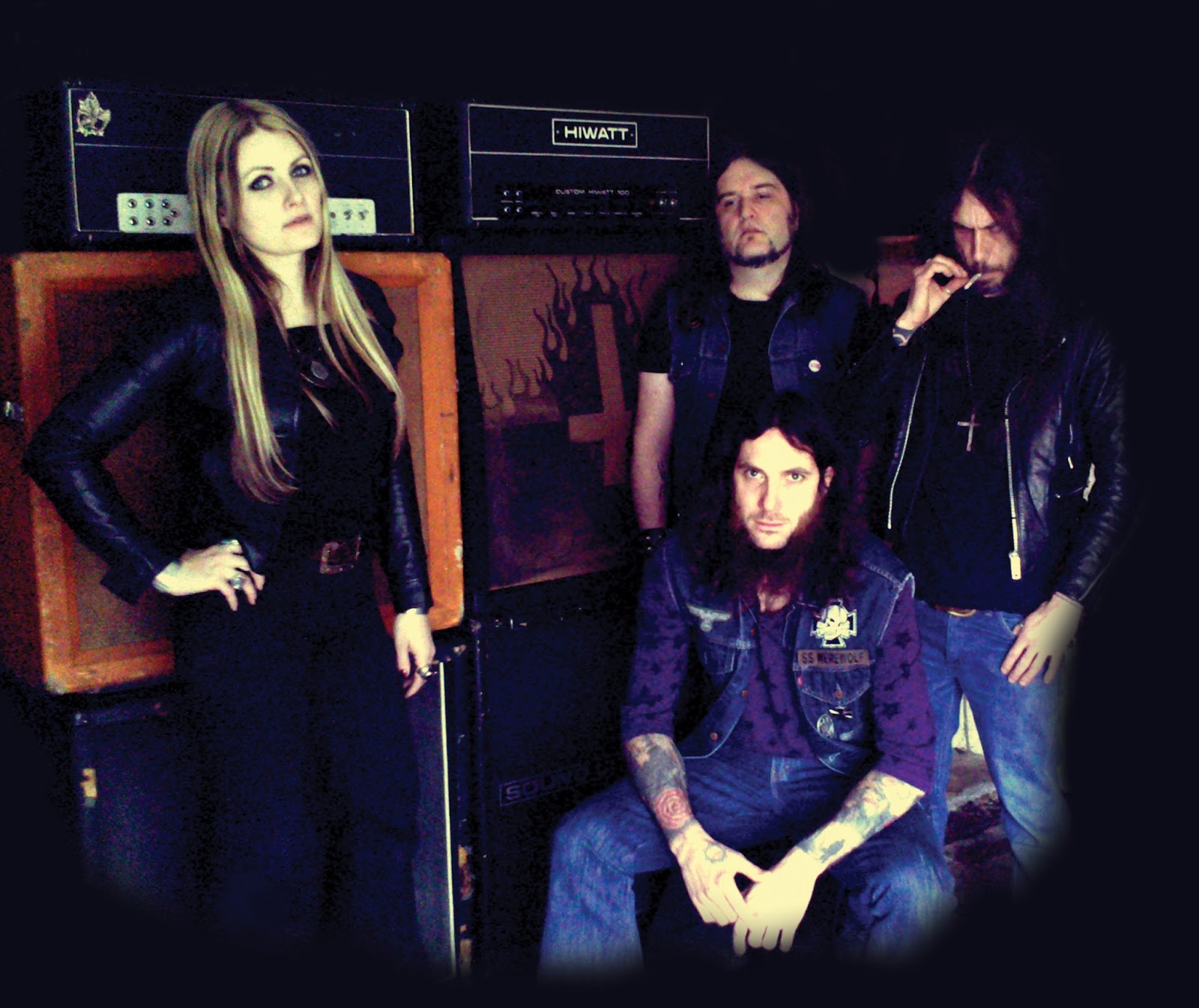 Legalise Drugs & Murder is your latest recording released by Rise Above Records. Can we expect a new album soon and if so, can you tell us a few words about it?

We have like 3-4 songs demoed, but we keep postponing the actual recording. I think it really has that feeling…the suppressed violence. It’s sick…it makes me feel unhinged. Mark and I have a total chemistry and Liz is my (evil) twin, it works cool…kinda the Addams Family meets the Baader/Meinhoff. 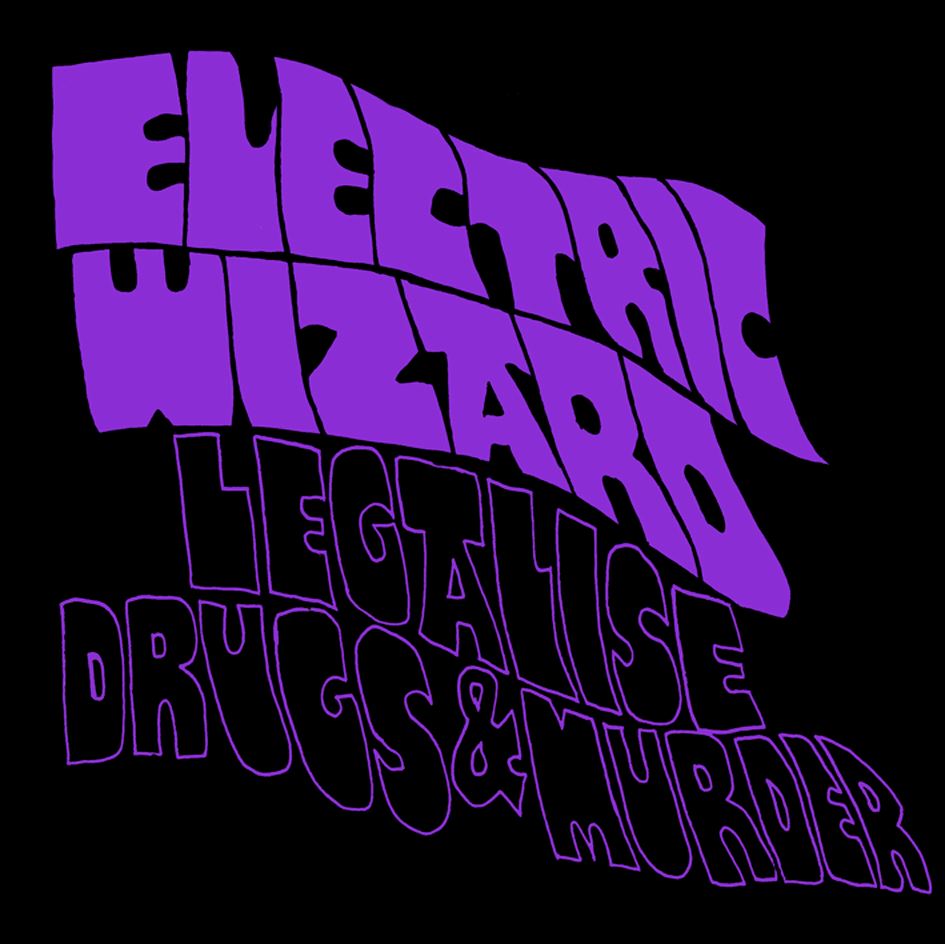 The band has been active for a long time now. If we could travel back to the late ’80s when you formed ‘Lord of Putrefaction’, what would you say influenced you the most? Have influences changed during the years?

Old school 1985 death metal and magic mushrooms/LSD…and everyone hated our guts in Wimborne. Haha, but we didn’t care, I walked around looking like Sarcofago when I was 14/15 haha. Everything changed when I got into Trouble and Sabbath…

“Then I had a jam with Mark and Tim as they were in a Sabbath cover band, I’d just cropped 2 kilos of weed and I wanted to jam a kinda evil 70’s doom metal sound.”

In 1992, the name was changed to ‘Thy Grief Eternal’ after Adam Richardson left the band. You put out one demo under the name: On Blackened Wings. In 1993, James Evans left the band and you once again changed your name to ‘Eternal’. The band released two demos under this name. After Gavin Gillingham left the band you formed Electric Wizard in Wimborne, Dorset. What was the scene back then when you started playing? Any local bands you liked?

Actually this is the history of the band from ‘Wikipedia’ and isn’t really the whole story. I only ever played in 2 bands. I formed Putrefaction (Lord of Putrefaction/Thy Grief Eternal/Eternal) with bassist Dave Gedge in 86/87. We were the only 2 people into extreme music and metal in the area. We kinda found various local musicians from thrash or goth/rock bands that were open to heavier stuff. James Evans was my friend and drummer from my school band, he wasn’t really into metal and helped out cos we didn’t have a drummer. Gavin Gillingham was a glam/goth dude but he was the best guitarist in town, he got us into the Stooges and 60s stuff and we got him into Celtic Frost and Sabbath. I learnt a lot about guitar playing from him too, before that I was total Venom style. Anyway, Dave Gedges family moved back to Sherborne and I was stuck in a band with non-metal heads that wanted to do grunge. Then I had a jam with Mark and Tim as they were in a Sabbath cover band, I’d just cropped 2 kilos of weed and I wanted to jam a kinda evil 70’s doom metal sound. Not depressing but sinister…The rest is history…

You are very interested in occult. Would you like to tell us more about this? I mean what brought such an interest and are you religious or spiritual in any way?

It’s kinda a private thing…I’ve never been religious, I was never baptised. It goes back further than music. Dorset is very pagan, the church never really took hold in the South West of the UK.

“Return Trip” is one of the heaviest songs. How did you manage to capture that heavy atmosphere?

Haha…you have to believe in death and oblivion, you need ridiculously loud amps and DRUGS…of course… 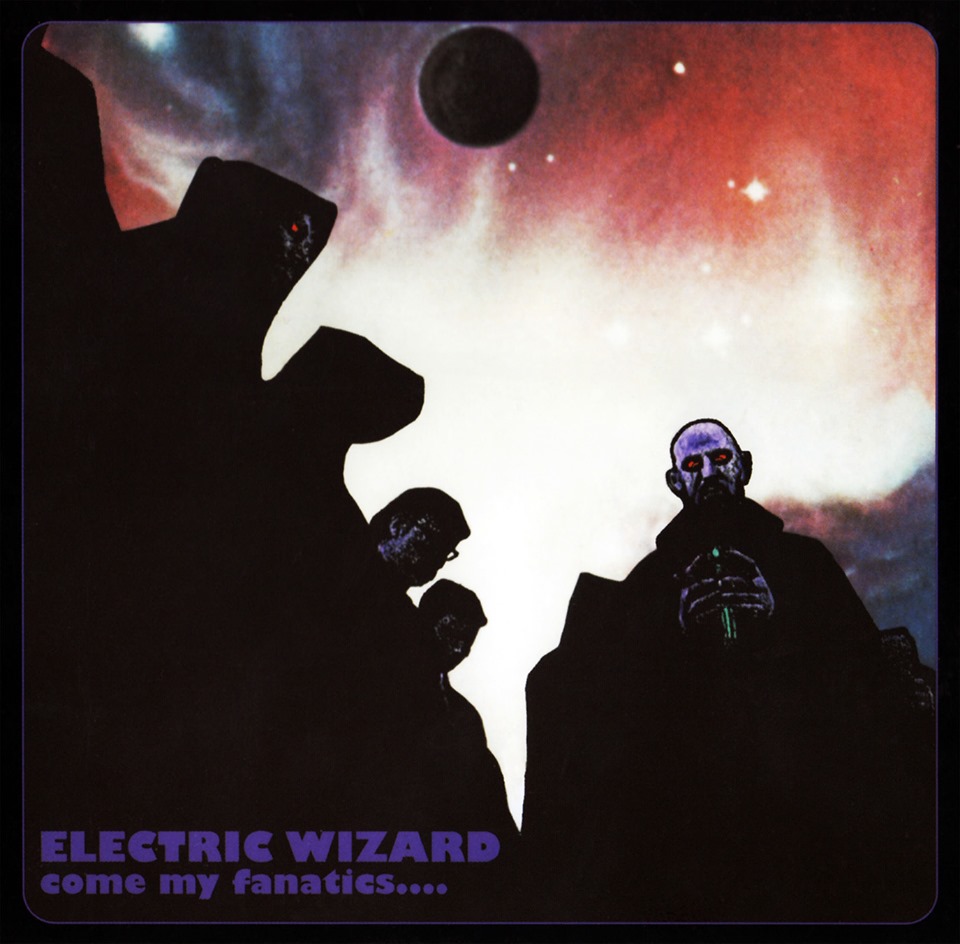 Dopethrone is your most well known album. It’s the heaviest album, ever?! How did you record it?

I don’t remember much…it’s not a joke either…haha…I try to think of one day in the studio but I can’t…except holding a baseball bat behind the producers head if he didn’t turn the guitars up… Our single goal was to be “The Heaviest Band In The World…Ever”. The title was a play on Darkthrone…Tim said we were Black Metal and Me and Mark just laughed and I said “yeah bloody Dopethrone morelike”…and it kinda stuck. 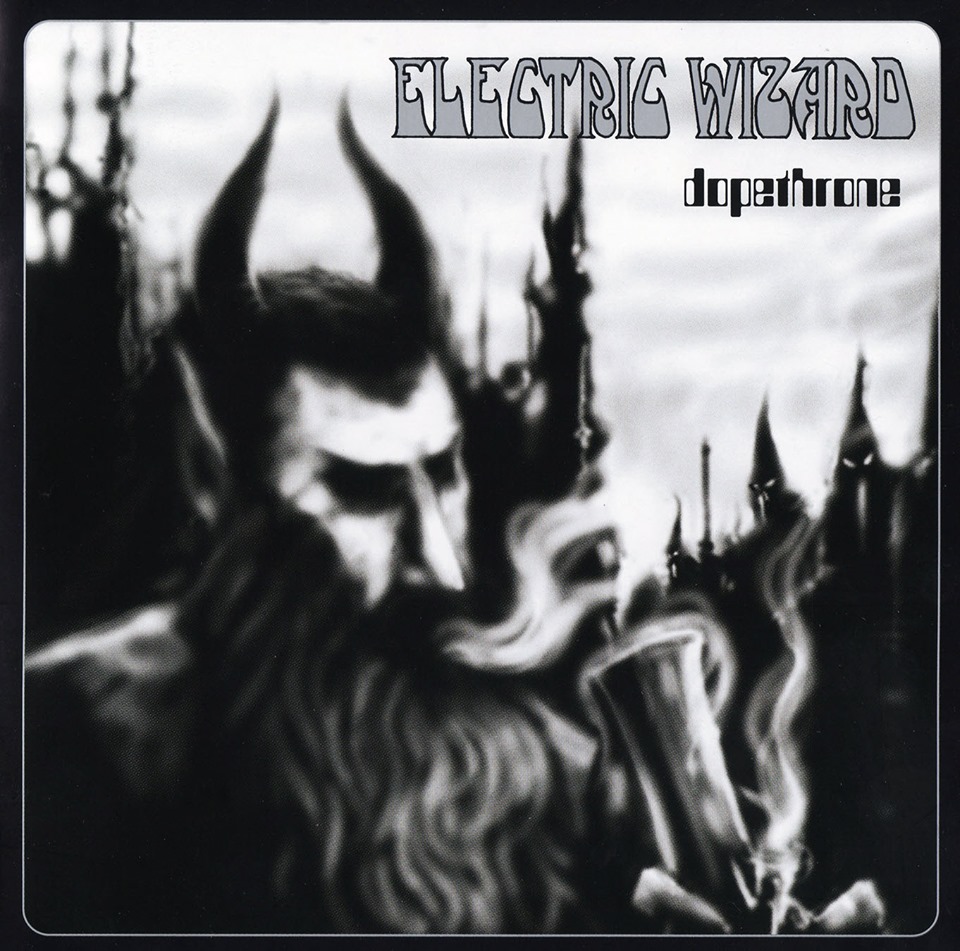 I don’t really remember…I definitely had the Sound City 120.

Clips from horror films really adds something special to it.

We love fuckin’ exploitation and horror films of 60s/70s…they are more of an influence visually, and the soundtracks too, than other bands really. I guess the acid and weed made us visualise the music as pictures and images…I hate new horror films… 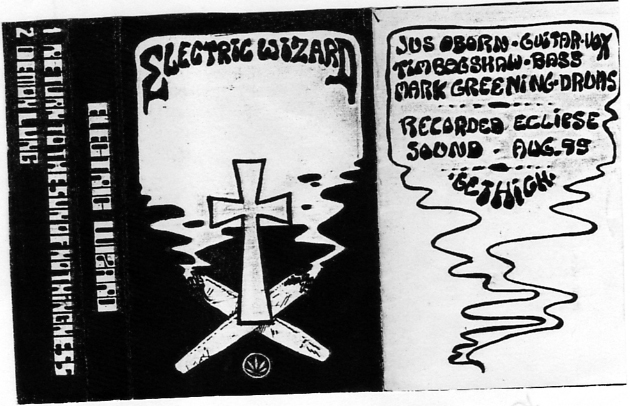 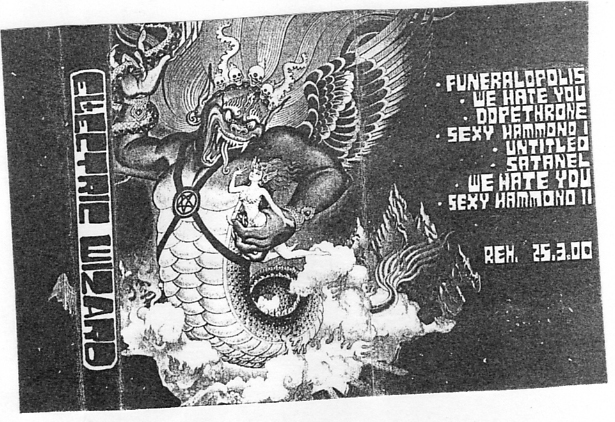 Black Masses and Witchcult Today were both recorded at Toe Rag Studios. It’s all genuine old shit, all 50s and 60s. Check out their website or you can probably write a letter, they are that old school. Legalise was recorded at Foel Studios which has an old Trident Studios desk. 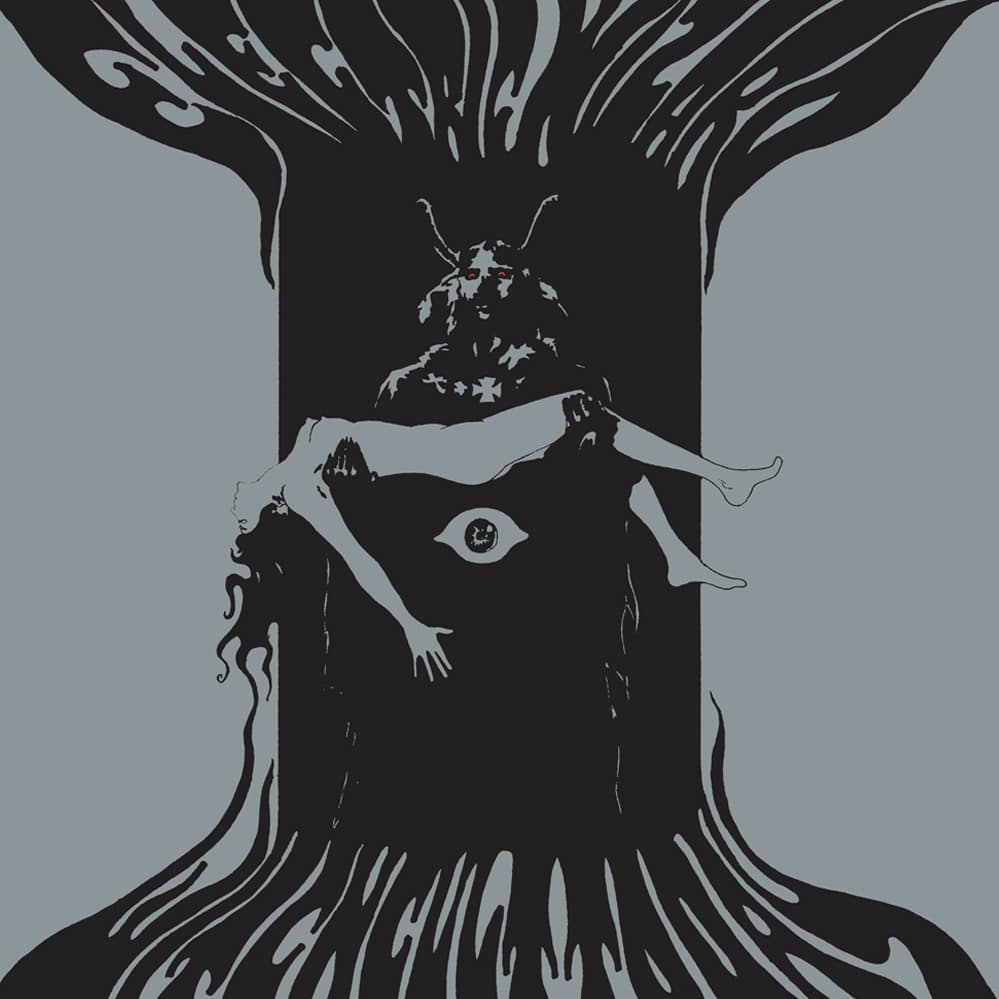 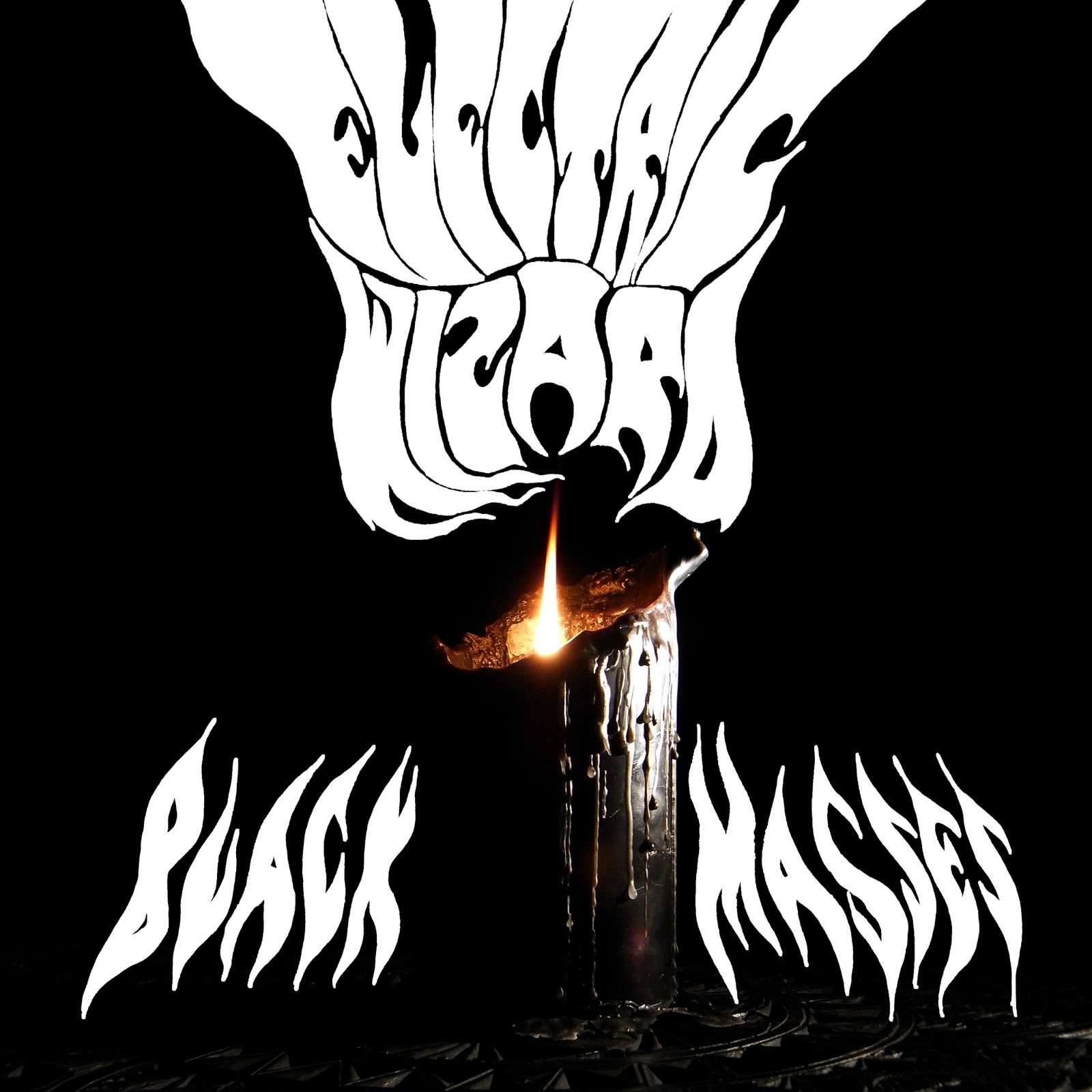 You mentioned in one interview that you want to sound like the heaviest band from the 60s. Are there any obscure bands you dig? I’m spinning Sudden Death and Bolder Damn right now.

Yeah I always imagined what if Hellhammer or Possessed played in the 60s. I mean the gear is essentially the same…haha. It would be wild, right? I don’t really care for obscure records that much. The classic bands of the 60s/70s/80s are so fuckin’ awesome (Sabbath, Alice Cooper, The Stooges, Venom etc.) that I don’t need or have time for much more. Some shit is cool like Jerusalem, Dust, Bang… 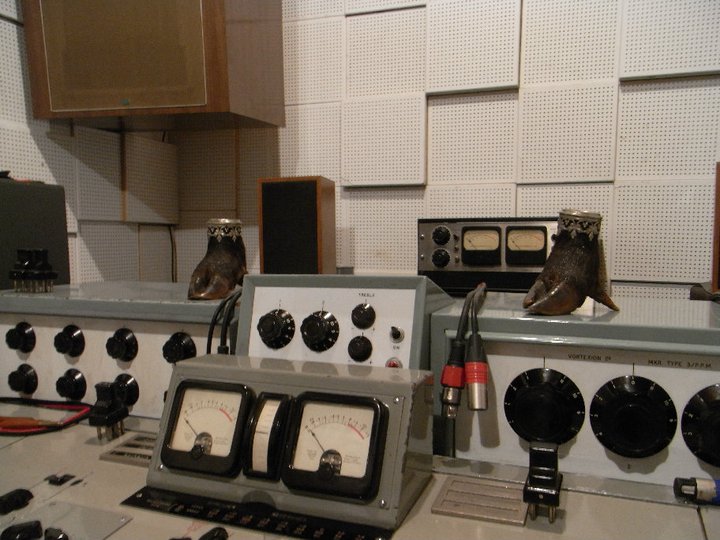 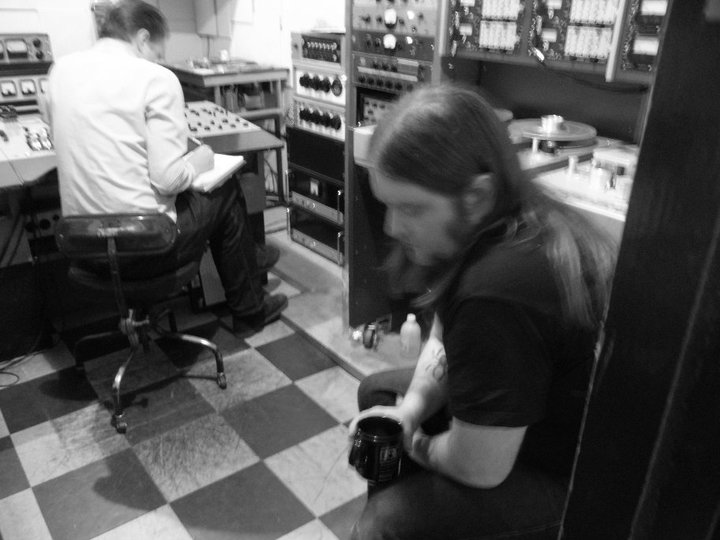 I only care for vinyl…right now I am playing Alice Cooper – Pretties For You. I’m not reading too much right now…some old horror mags and 8mm magazines.

I’m sure you have some other musical ideas…

No, not really…all my musical ideas are somehow incorporated into Electric Wizard. I sometimes toy with the idea of an ‘easy listening’ LP…soft crooning and depressing strings stuff…haha…no really…

Yeah cool man…make it happen. Do you have weed?

Lay Down and Die, Goodbye.