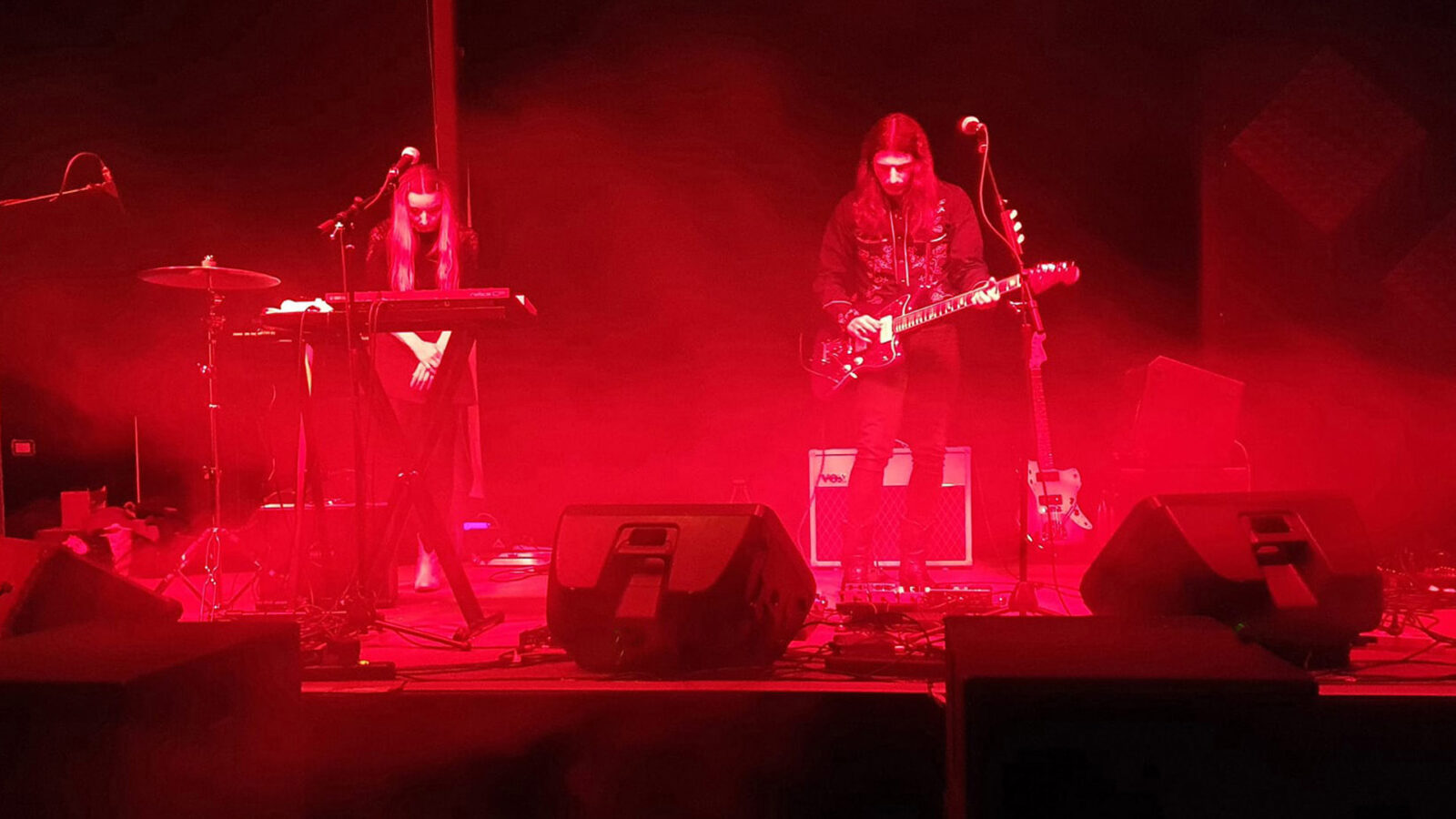 Nero Kane has been defined as a master of evocative dark psych with a cinematic and visionary flavour combining his European roots with America’s desert sound, close to Nick Cave, Johnny Cash and Swans. His set was described as a journey through darkness and melancholy, with the creation of a morbid beauty and an intensity which make it unique.

The tracks were recorded live during a secret concert in December 2021 for the Italian “Oh-No! Songwriters” festival created by musician Marianna D’Ama. As for the full tour, Nero Kane electric guitar and vocals are joined by Samantha Stella on vocals, mellotron, electric piano and organ. Stella, who also took part in the album recordings, is a visual artist, performer and filmmaker, and has created the experimental film accompanying the live session. A first episode of the film was presented in October 2021 at Auditorium – Casa della Musica in Parma for the Italian cultural festival “Il Rumore del Lutto”. The shots were taken during a recent journey in the south of France, and are mixed up with images taken in the north of Italy and in the American desert, where she directed her American film “Love In A Dying World” to launch Nero Kane debut album, presented in museums and art galleries.

The live session features four tracks and summarizes Nero Kane’s path to date: ‘Hell23’, which gave the name to Kane and Stella performance at the Italian Cultural Institute in Los Angeles in 2016; ‘Now The Day Is Over’, from his debut album ‘Love In A Dying World’ recorded in Los Angeles with producer Joe Cardamone (The Icarus Line/Skeleton Joe) and published in 2018 with American Primitive label/art collective; ‘Lost Was The Road’ and ‘Angelene’s Desert’, from his second studio album ‘Tales of Faith and Lunacy’ recorded in Italy with producer Matt Bordin (Squadra Omega, Omega Mai) and published in 2020 with Berlin-based psych label Nasoni Records (vinyl) and the Italian BloodRock (CD) and Anacortes (cassette tape).