Territorial Gobbing is Theo Gowans, a 24 year old noise musician from Leeds. He released 60 albums in the last two years and about 250 in total if you count all his other projects.

The Tusk Festival site wrote about Territorial Gobbing: unbounded by composition, forethought or choice of instrument.

Theo Gowans: I wish it was to be honest it makes things a lot easier. I normally have a plan of instruments I want to use and techniques I want to try before I perform a set or record a track. Things then go off track of course and then the forethought can run out but I think most of what I release as albums is pretty composed by the time it’s out there. Lots of jamming edited and whittled down into things that, I hope, don’t drag or stagnate.

For how long have you been doing this kind of thing? Since 2018?

I started doing the Territorial Gobbing stuff and being more dedicated to more noisy/improvisational music stuff in 2018 though I’ve been releasing solo albums since 2014 and recording since 2012.

The earlier stuff was just an improv keyboard and a loop pedal and lots of dense twitchy keyboard loops/grooves, kinda aping Black Dice, ‘Beaches and Canyons’, Animal Collective, that sorta thing, which I started turning into shoddily recorded songs when I got a 4 track in 2014 and started living on my own. Back then I was more prolific tbh making an album a week on average. I’d wake up, record, breakfast, do stuff in the day, record, have dinner and then record until 2am every day. Just trying out all sorts of genres, song focused and noisy stuff, though there were improv elements and weird sound production in all of them, mainly through my incompetence. Don’t do it nearly as much now, though admittedly a lot more since lockdown. Only started doing it to an audience beyond a few friends from school in the last couple of years, it’s been odd finding there’s a large community of people that enjoy this sort of thing. It used to just be the butt of the joke in old households that I was some sort of musical moron and I wasn’t doing real music etc, which is probably fair enough.

You released about 40 albums in 2 years.

I think it’s probably more around 60 odd, just not all of them are on my Bandcamp. And then there’s about 250 in total on my last count, though that’s across a load of different projects/bands etc.

And yeah for sure, I’m a bad judge of what’s good and bad in what I make too. I feel like if I didn’t release the amount I do I’d delete it all after a month or so of sitting on it and releasing nothing, and sometimes people really take to the albums I’m a bit cooler on and vice versa.

‘Live. Laugh. Love’ is written on top of your Bandcamp page.

My partner changed it to that as a joke when I left my Bandcamp page up and I never took it down. And hey it matches the colour scheme. I kinda forget it’s there now.

“It’s just supposed to be fun.”

You call what you do ‘stupid music’.

I think it’s just supposed to be fun. I certainly have fun and I don’t want to give the impression this stuff needs to be approached beyond the capacity of novelty.

Incongruous cutting between sounds IS very funny sometimes. Yano I still enjoy this sort of music as music in itself and it can be very emotively exciting or intense but I don’t expect everyone to take it that way. 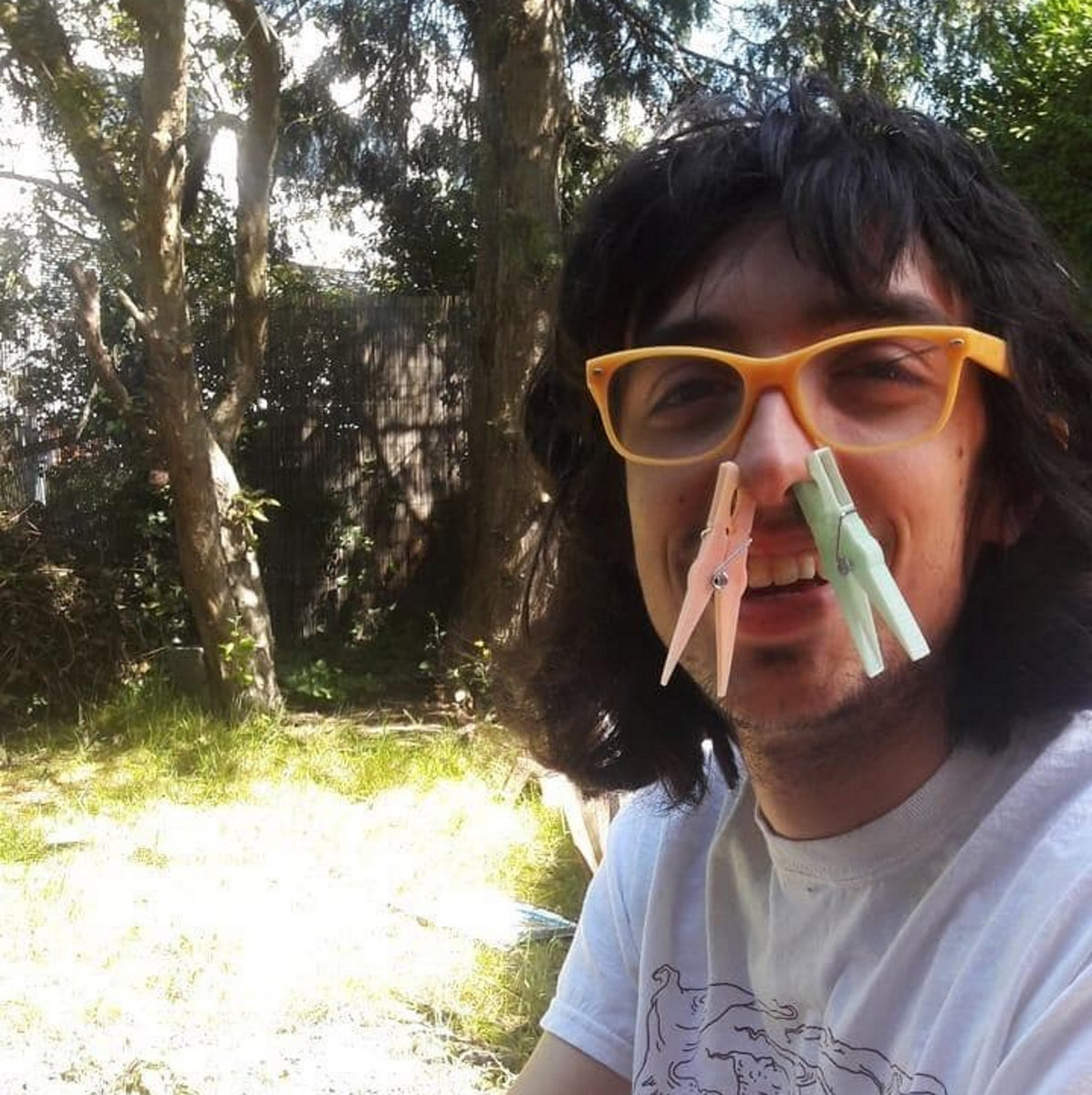 I played piano most of the time when I was a kid as well as keyboards in an indie rock band as a teenager.

I think since getting into music more when I was around 16 I’ve been interested in more improvised and noisy music before I really knew it was a thing. By the end of the indie bands life I was mainly mashing the keys turning the dials and throwing the keyboard on the floor as often as possible and/or messing with the guitarists pedalboard. I think it’s mainly just been finding out that other people do it after kinda doing a shite version of noise stuff myself, so a bit backwards!

I’d say Id M Theft Able is definitely an influence. Specifically when I helped put him on in Leeds at the tail-end of 2018 and his albums of live recordings, ‘And then smell of a burnt out candle’ and ‘Width, widths, reach, reaches, length, lengths’ specifically.

I know LAFMS and always enjoyed Smegma especially and I’ve put on Adam Bohman and Secluded Bronte this past year in Leeds but I think most of the stuff like that I found after I started making music like this. I was definitely well into Wolf Eyes and Aaron Dilloway stuff for a while and had a band called Gannet that I basically wanted to be a Wolf Eyes ripoff. Otherwise before I really knew any noisy people I was more inspired by the weird sound work and recording process of Olivia Tremor Control and all of that Elephant 6 tape fuckaboutery, Frank Zappa, Black Dice and early Animal Collective mainly as well as whatever else I could find on random internet blogs like that Die or DIY one.

Does the name Territorial Gobbing refer to Nirvana?

People seem to think it’s a Nirvana pun but I hadn’t heard the song, or at the least consciously borrowed the name of ‘Territorial Pissings’.

It was just a throw-away name from a laptop noise album I’d made. There was a gig in Leeds where Me Donner were playing, but I was too skint to go, so I asked the promoter if I could play and pretended I had a solo noise project and linked them that so the name stuck. I just kareoked to the album wearing a bin bag and cowboy hat and people seemed to like it though I then played a disaster of a show in Sheffield on a bill with some math rock bands and I kinda packed in doing solo noise after that for a year or so. But yeah the name stuck. 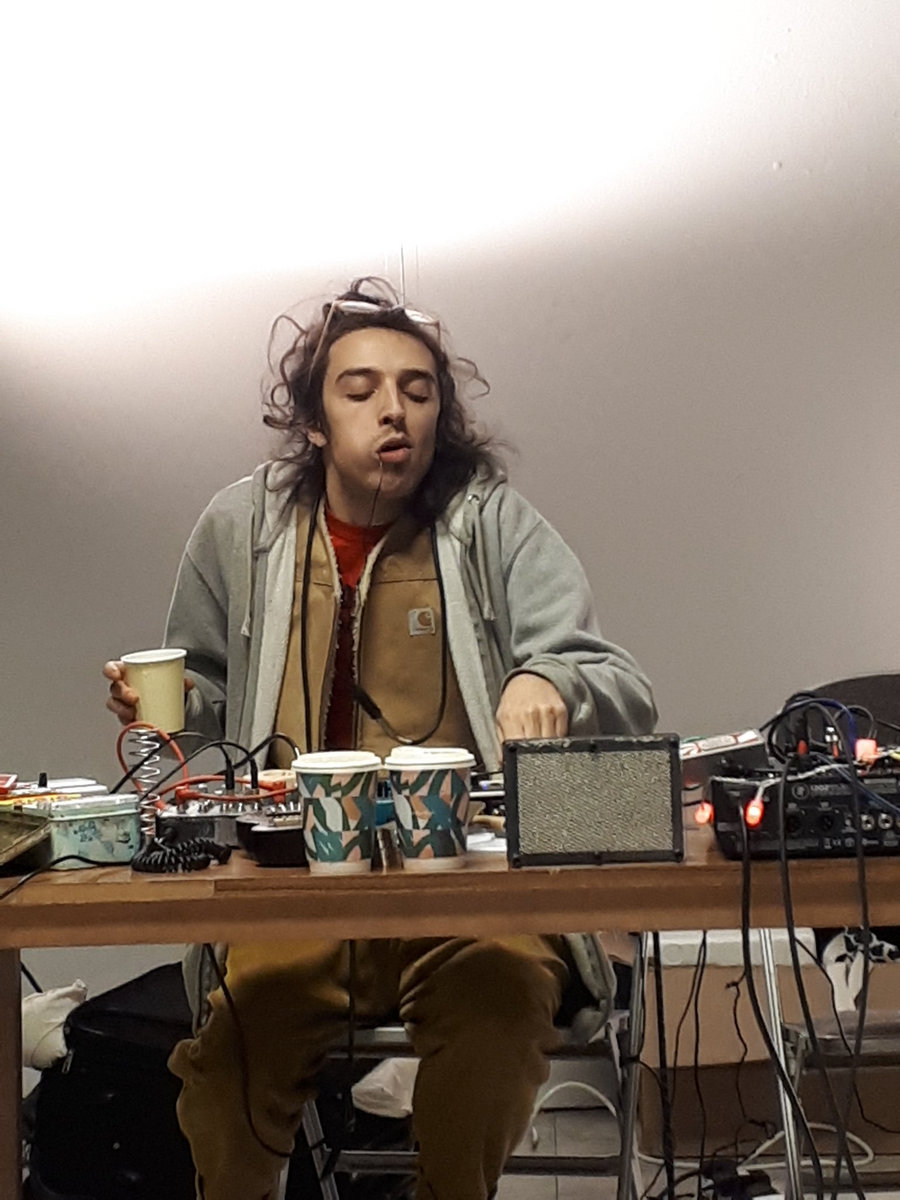 Do you listen to music every day?

I listen to music most days, especially at work in my very monotonous admin job. It’s also probably my main avenue for anything vaguely social.