Toadstool Shadow is a new music & arts collective based in Yellow Springs, Ohio. It is reviving the lost genre of the fairy tale opera, using its own original elfcore music. Toadstool Shadow is creating an original three-part fairy tale rock opera. It tells the tale of a young bunny learning strange truths about the odd world around him.

In part one, the 12-song ‘Rainbow Night’s, eight-year old Bunny is caught in a rain storm. He gladly takes shelter under a large toadstool. As the rain stops, night falls. Bunny then makes his way home through the rainbow night, encountering a strange world of elves and faeries. Arriving home, amazed but exhausted, Bunny knows, like Dorothy, that there is no place like home. 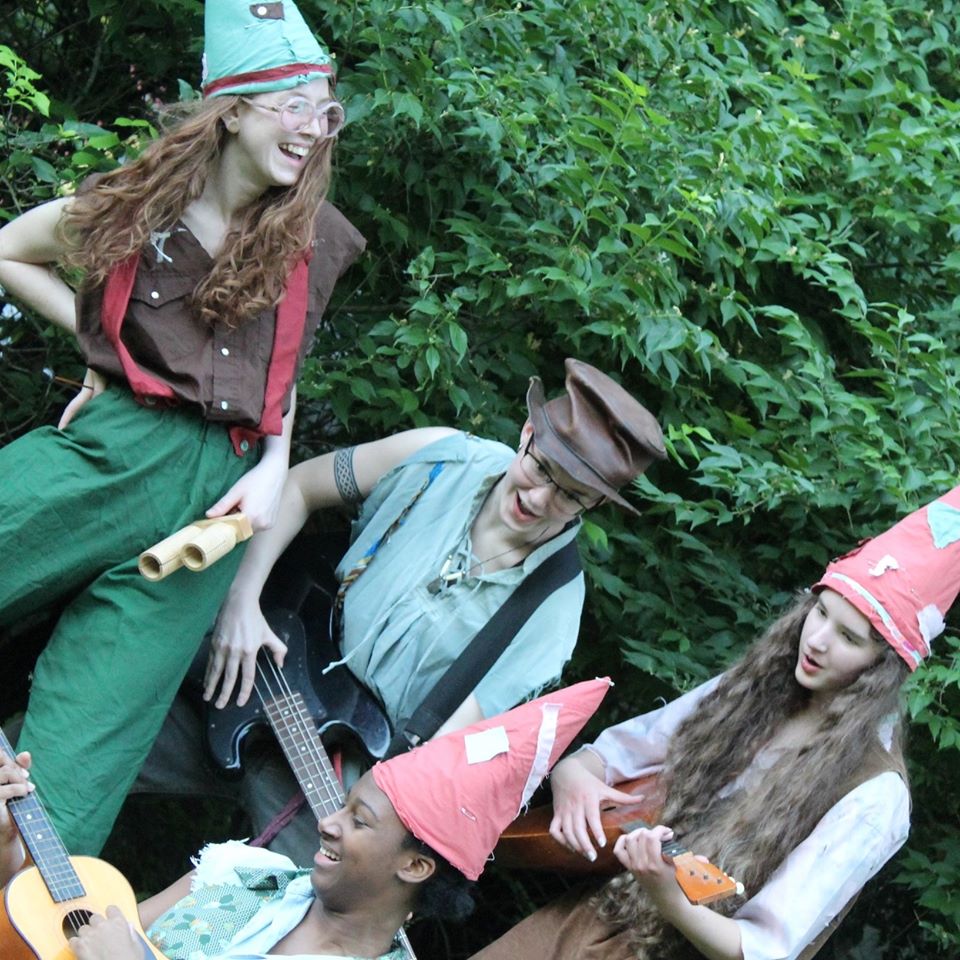 ‘In Folk Songs of the American Wood Elf’, Bunny, now 19-years old, deliberately goes back under the toadstool and returns to the visionary landscape of his youth. As he never knew whether his childhood experiences were real, delusional, or dreams, he brings a video camera to record everything. Its 12 songs are a taxonomy of visionary phenomena with individual songs about mermaids, leprechauns, unicorns, owls, robot elves, magic carpets, and faeries. The album should be released by Christmas 2020.