If we travelled back to a time when media reaction was singular rather than pandemic (bringing back the true meaning of viral!), hindsight might provide an interesting panorama or even perspective. The year 1968 just happened to be a leap-year, and diverse characters such as Celine Dion, Kylie Monologue (sorry, Minogue), Thom Yorke and Hair were born, as were Free, UFO, Can and Black Sabbath in the very different guise of Earth. Uncharacteristic debut releases by Status Quo, Johnny Winter, Jethro Tull, Deep Purple, while The New Yardbirds soon became Led Zeppelin and Cream played their farewell tour.

The microcosm is Brooklyn, a rough district of New York, where three musicians met at school to form a trio: John Garner (drums, vocals), Lou Dambra (guitar) and Gary Justin (bass), all enamoured with Hendrix and Cream. Dambra played in a local band called The Koala. Those were the days when energy went a little further: you didn’t even need a name, a producer and manager might still come knocking. The teenagers answered an ad in Village Voice by Mike Appel, an A&R talent scout and producer, soliciting for new bands (he later oversaw Springsteen from just up the road). After the cowboy film Butch Cassidy and the Sundance Kid the next year, he christened the trio after a name there: Sir Lord Baltimore. Thus, legends are born.

Appel put the trio in the local Electric Lady Studios, where overdubbing was added by Eddie Kramer of Hendrix fame. Garner says in an internet interview that Hendrix once telephoned Kramer and the band was asked to keep the noise down so he could hear it! The result of the session was ten tracks, two of which made a single that year, when Mercury Records released Kingdom Come in December 1970. The long-established label had a wide roster including Cream, Captain Beefheart and Frank Zappa, later KISS and New York Dolls.

Another trio, Grand Funk Railroad who’d issued a couple of gold albums (despite critical negativity), released a live one that year claiming to be the loudest heaviest band on the planet. Others have also claimed that title for Blue Cheer. Whatever the truth, choices like styles were being made. The Jaywalkers had two bassists on stage and a drummer with a double bass drum, but they weren’t heavy. It is claimed that Sir Lord Baltimore sparked the first review using “heavy metal” in print, by Mike Sanders in Creem (May ’71). They have also been hailed since as “the godfathers of stoner rock”.

But it’s not heavy metal music as we know it today: it’s heavy rock. With a singing drummer like London’s T.2, the debut opens Montrose-like with a sharper saw-edge. (Woman as a “master” of heartache, very American.) Unlike T.2 who eschewed too much gimmickry, tracks are basically guitar attacks via studio techniques. Hard Rain Fallin’ and Lady Of Fire were released as a rocking lost single, then the album interludes with the ballad Lake Isle Of Innersfree, mock medieval lyrics augmented with harpsichord. The title track has a more restrained, menacing vocal with an untypical guitar solo: it might have made a better single but is the only song not band-written (it’s by Appel and another). Pumped Up returns to the noise, I Got A Woman slashes merrily away, Hell Hound is very Hendrixy with hard-working percussion. Helium Head adds phasing, double-tracked guitars, choral vocals and some serious (short) riffing before the closer Ain’t Got Hung On You swirls bass-in-your-face and snow-racing lyrics into the blizzard. A storm indeed.

So why did the album all-but-sink? That’s what is usually said although it did touch Billboard #198 and there was that review in a well-respected magazine. The energy is plain-to-feel high octane, with guitar variety a la Stray around a different vocal delivery for effect rather than content (in spite of Cope’s overrating), great rock hooks and manic rhythms at/on speed. Pulverized by raw guitar pyros rather than slow Sab riffing, it’s Leafhound, Mayblitz, Mountain or maybe a harder, abrasive Montrose but less inventive than Stray or Strife. Soon after this Z.Z.Top, still thriving intact today of course, released their debut.

The label clearly saw potential because they issued another LP, augmented by Louis’ brother Joey on second and acoustic guitars, organ and vocals. Lou and Gary also laid extra acoustic guitar, and John widened his percussion with congas etc.; other instruments briefly appear. It also sported a variant sleeve in Europe. Sir Lord Baltimore (1971) shows the quartet in less frenetic style, at least on the first side which is a concept about messianism called Man From Manhattan, to which a fake live track is added (with sax too) because the producer thought it a good idea. Not surprising really: Where Are We Going was a single by Bobby Bloom the same year on Roulette produced by Baltimore’s producer John Linde.

The ten-minute opener, with Arthur Brown-like vocals, is pleasing enough whereas the vinyl’s side two returns to their debut’s amp-frying shenanigans. Chicago Lives would have made a good single (the label very oddly released a second single from the debut LP!), heavy like Cactus and Three Man Army, while Loe & Behold holds stoner kicks as does closer Caesar even with drum rolls. Woman Tamer has heavy elements too, its riff lifted by stoners Monster Magnet for Dopes To Infinity (also Hawkwind’s Brainstorm for Black Balloon etc.). The LP still has some athletic drumming, rumbling bass and great guitar. The albums were first issued on CD by Polygram in 1994, the Dutch firm owning the Mercury catalogue, then bootleggers Red Fox as a two-on-one in 2003 with, oddly, different track orders. Ironically, Mercury never paid royalties either and that was part of the reason why SLB first split.

Yet their debut gig was at the Carnegie Hall, followed by the Fillmore East supporting J. Geils Band and Black Sabbath whose tour they joined for six other dates during early 1971. Twice in one gig with them, at the Virginia Dome, they had their plugs pulled (Garner thought the headliners “snobbish”), it’s also alleged that at the Carnegie the promoter pulled them off-stage calling the juggernaut trio “pus”! After only two albums and 29 gigs, founder John Garner—who on-stage split his cymbals and metal pedals by sheer force—was fired because he didn’t let the manager boss him around. The others went to California and turned their hands to more laid-back sounds.

This just-out release on an offshoot of Cherry Red Records is in wallet format (tight) in facsimile gatefold sleeves for the first two platters, with a fold-out inner: one side is a poster, the other reprints Julian Cope’s review from Head Heritage of the debut (as “living shit”), but unsurprisingly not his destruction of the second album that’s reviewed by Annexus Quam from 2000. Cope compared them to a mix of Stooges, Van Halen’s version of You Really Got Me, and Blue Cheer’s Come And Get It. There’s also a period image of a Mercury press advert, probably the only one. 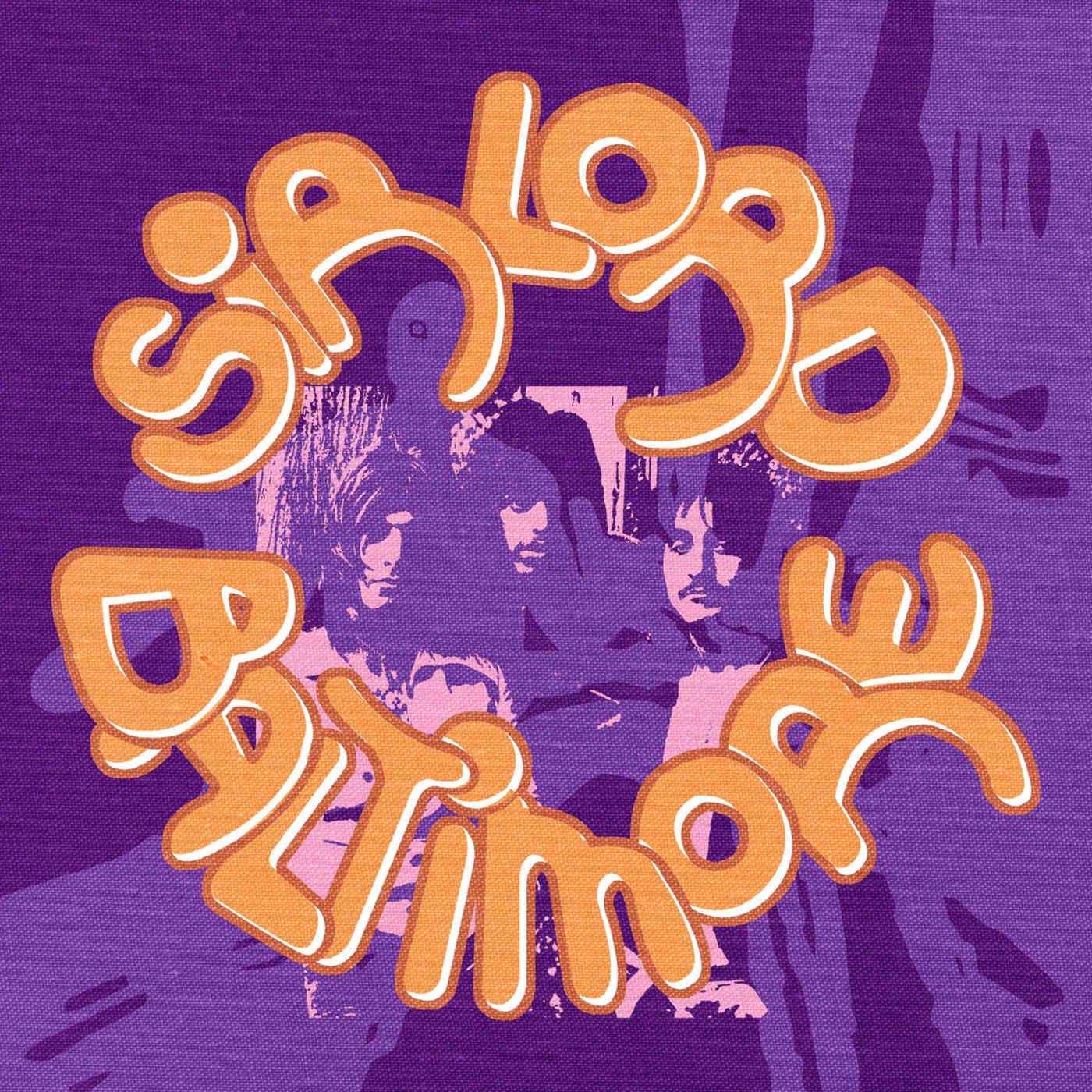 The bonus of this release is a CD debut of the ill-fated six tracks of the third album projected for 1976, first issued on JG Records thirty years later. Only the original bassist is absent due to his leaving the music business—replacements are Tony Franklin, who worked with Whitesnake and Quiet Riot, plus Sam Powell rotating bass duties and Anthony Guido on extra guitar. Vocalist-drummer John Garner, seen playing clubs with The Lizards (Justin worked on Wall Street), also produced. Some (hard to decipher) lyrics have been changed, reflecting Garner’s later life as a Christian pastor among the homeless before his demise in 2015 at 63. It’s a laudable venture to coral all their recorded material here in one place.

III: Raw kicks off with drum-rolling, crunch bass and (short) riffing, this newish album certainly rocks, sustained on the longest track of seven minutes (Wild White Horses). With Garner’s different vocal styles, SLB vaguely recall Ozzy’s band, UFO or Shenker Group, at times 21st century Z.Z.Top. For a band who didn’t first get past their teens yet enjoyed some press notice at the time—though actually the aforementioned Creem scribe penned those same words of “heavy metal” over six months earlier that year in Rolling Stone about Humble Pie’s As Safe As Yesterday Is—their work has stood the test of time. It’s said that in nature 16,000 new species (animals, insects, fish, trees etc.) are discovered annually, and sometimes we may feel that nowadays it’s almost the same in music, but a noticeable few are genuine, unhyped trailblazers like Sir Lord Baltimore.