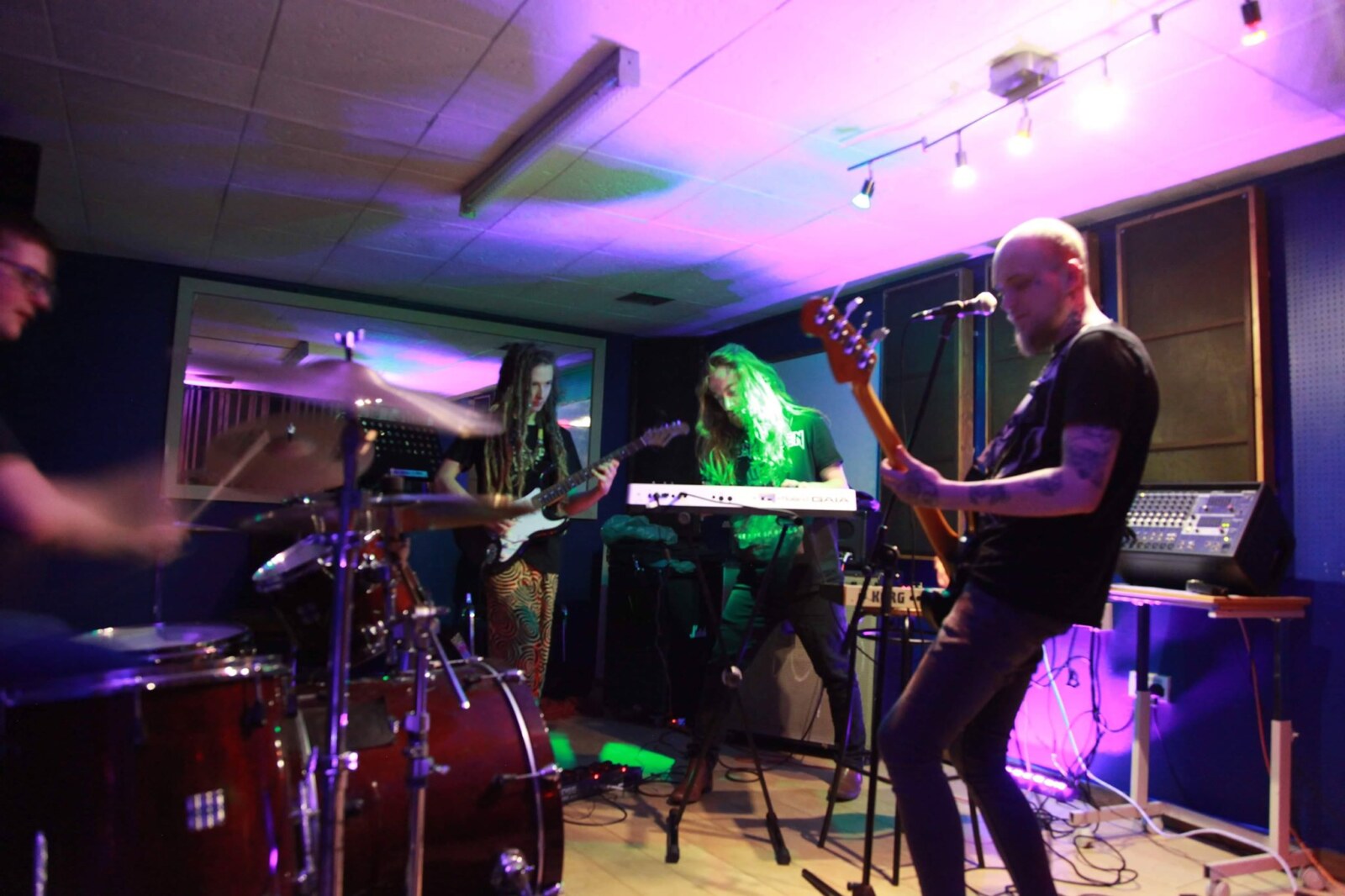 Snakes Don’t Belong In Alaska are:

Aaron Bertram: So I am Aaron, I play bass and vocals for SDBIA and I am a founding member. I started out what I guess I’ll call my music career in metal bands, then progressing into hardcore in my late teens early twenties. But there was always this underlying feeling for something more and the yearning to experiment that I could not relate to with any of my peers at the time. Then I discovered Hawkwind (interview here, here, here, here, here and here) and for at least a year I delved into the old world psychedelia which enviably lead me to Jude and Alex.

“Music is art and art can mean anything and everything.”

Can you elaborate on the formation of Snakes Don’t Belong In Alaska?

SDBIA was originally started in 2015, we played under the name of Broken Drone. At that time we were playing more of a metal sound with a slight psych element. But as we progressed, me, Alex and Jude decided we wanted to experiment heavily with the psych element of what we were doing and the beginning of what you know as Snakes Don’t Belong In Alaska was born. We had a gig supporting Laundered Syrup at little buildings in Newcastle, possibly early 2016 and we came up with this crazy idea of not using any of our rehearsed material, just getting up on stage and jamming. The rest is history.

What does the name “Snakes Don’t Belong In Alaska” refer to in the context of the band name?

It’s actually a reference to our love of video games and is actually a direct quote from one of the greatest video games ever, the fantastic 1998 PS1 title Metal Gear Solid. 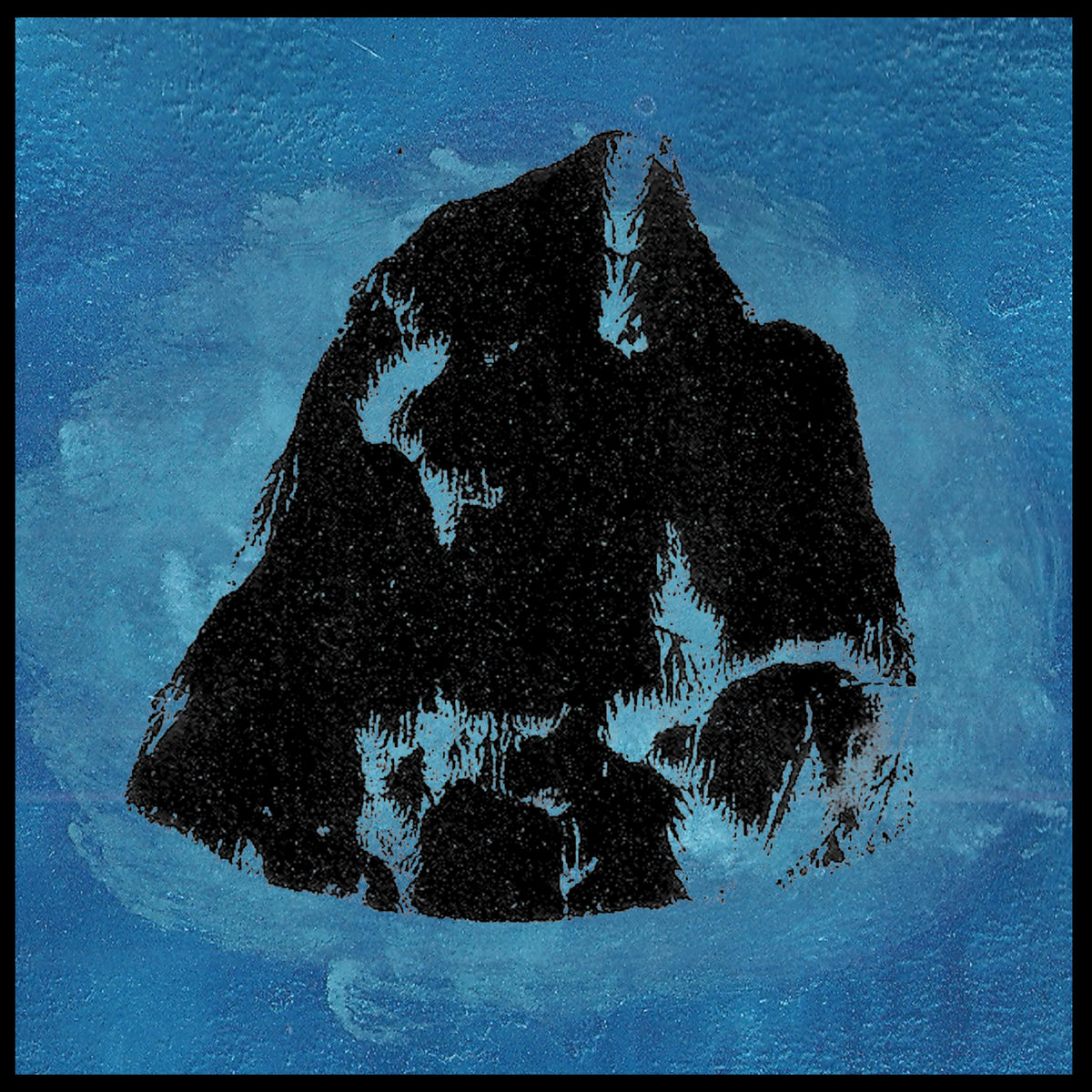 You have been active for only a couple of years, but you already have so many releases available that I’m completely confused where to begin. Mountain Ritual is the beginning of the band. It was released on Sky Lantern Records.

We first began with a tape release Rituals followed shortly by Rituals 2. Mountain Rituals actually came much later. Mountain Rituals was a crazy time, we actually recorded those tracks on a hand held Tascam in a rehearsal room, but it turned out to be a higher quality than we were expecting. We had played with The Myrrors (interview here and here) on the Newcastle leg of a UK tour and had made friends with those guys and Nik was interested in doing a release for us through Sky Lantern and it just so happened he loved the tracks that then became Mountain Rituals.

Well pretty much every time we played we would record with the intent of keeping a record of sounds we had made and some of it had a good enough recording quality that we just had to use it, I mean there is hours upon hours of unreleased stuff. Ancient Alien Tempel Rituals however was actually the first time we stepped into a proper recording studio, with MP Wood at the sound rooms in Gateshead UK. We just jammed for hours then picked apart what we had done and eventually came out with about an hours worth of material that led to that release. 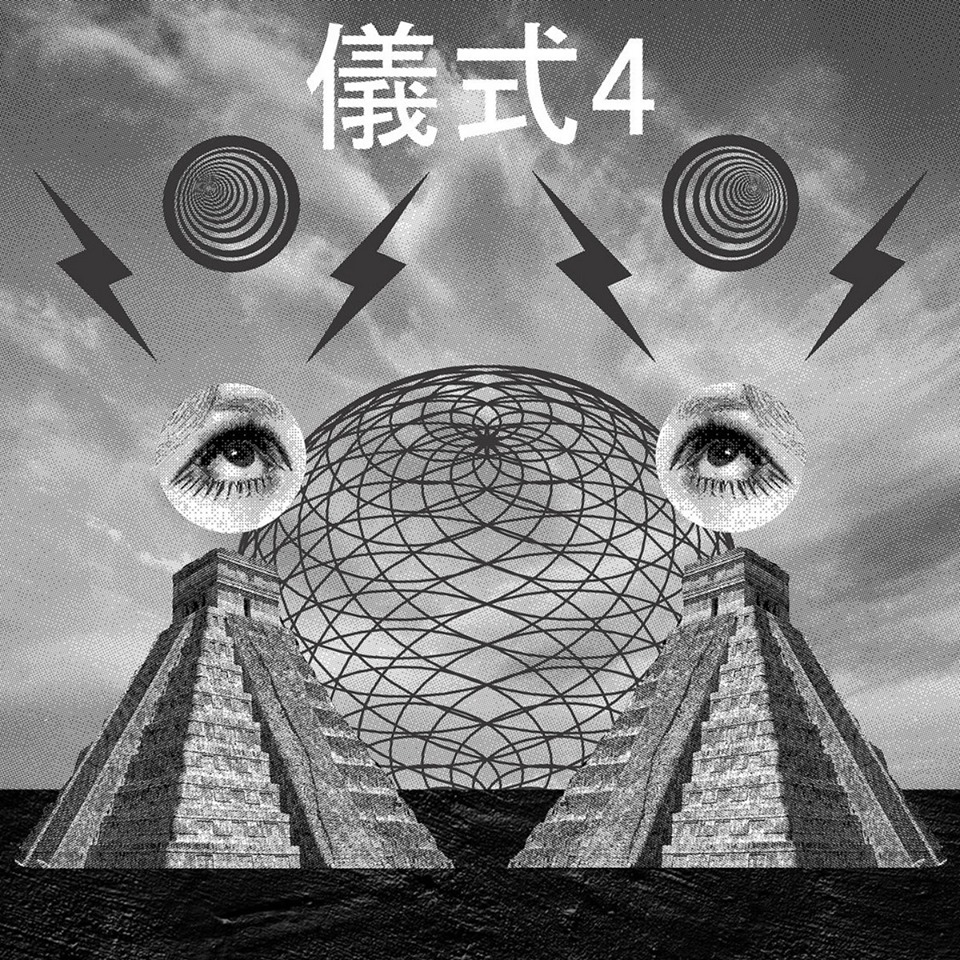 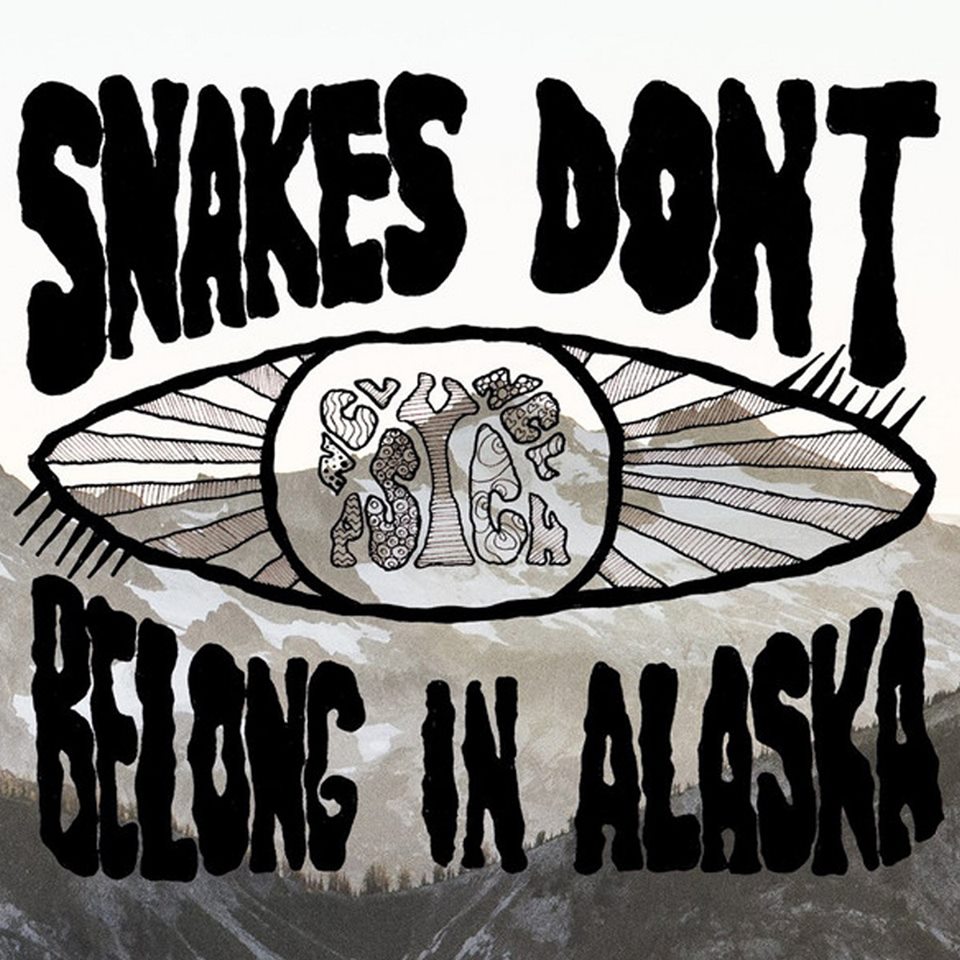 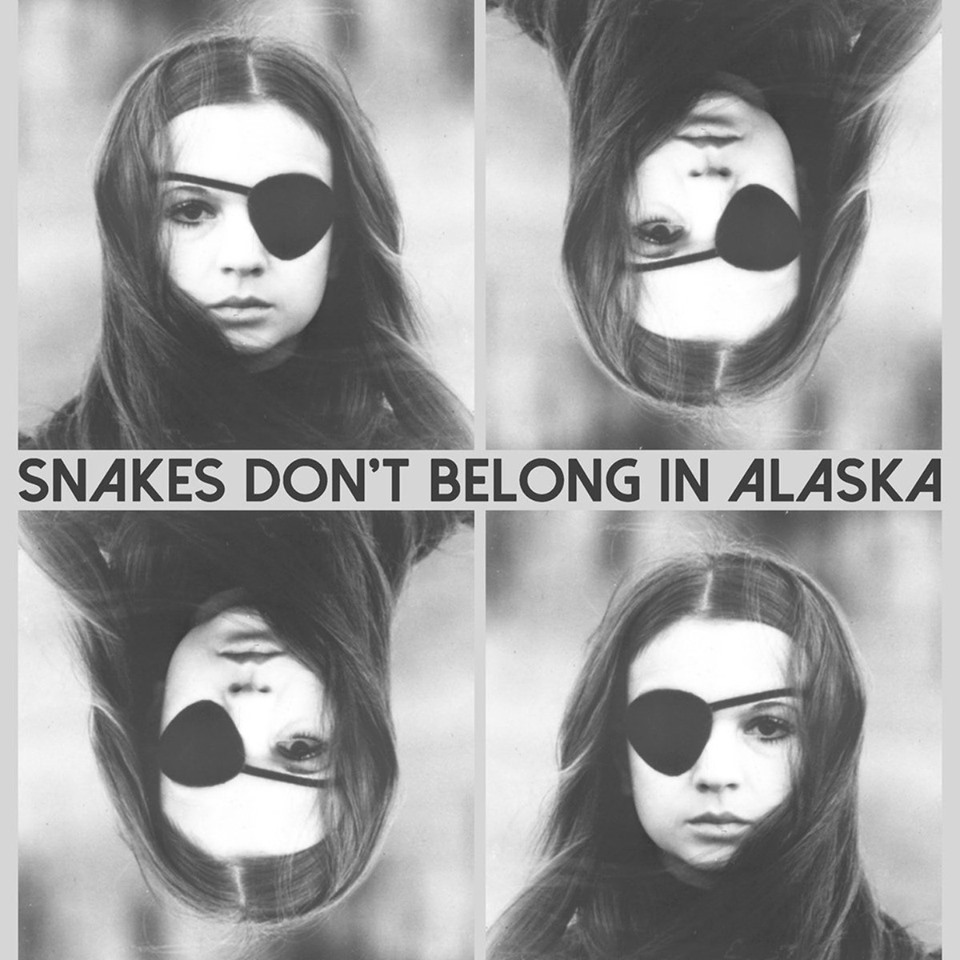 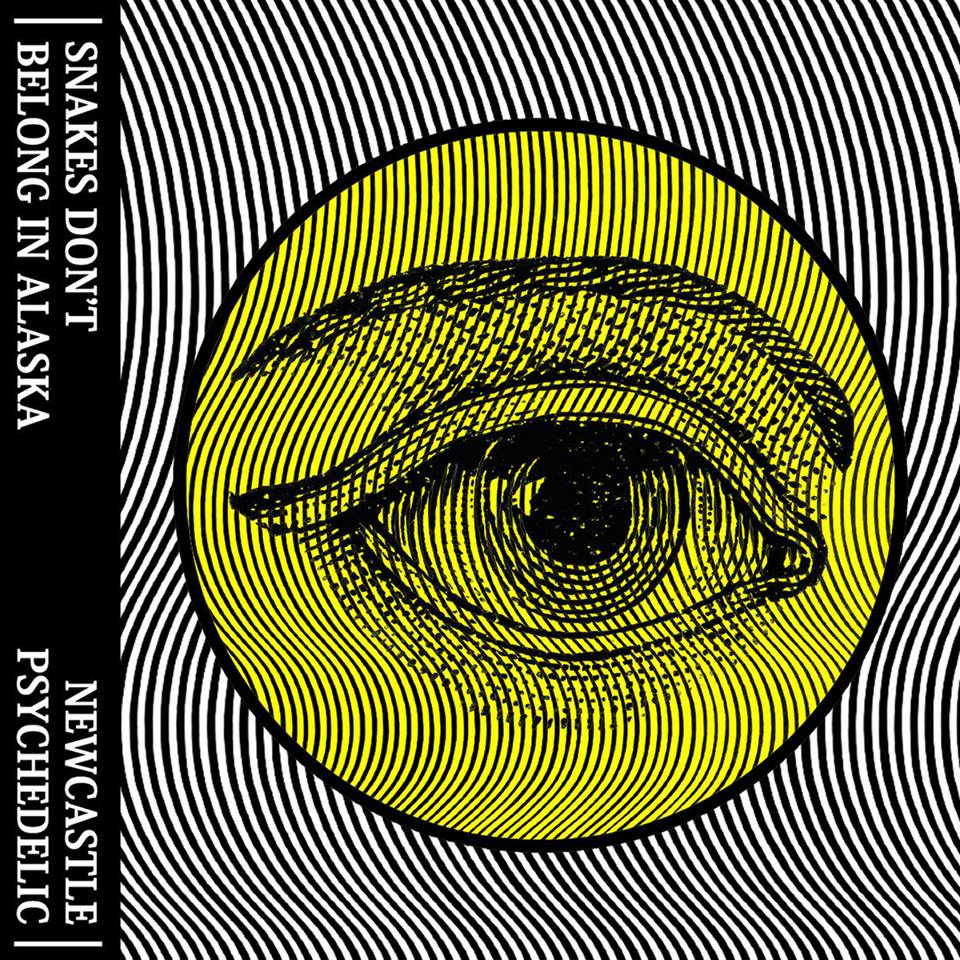 Lovely Wife are just the best guys, they take the weird side of improv and multiply it ten fold, with added trumpet. We have all been friends for a long time and share alot of the same ideals when it comes to music. So it was only natural that we would do a release together that then lead to our joint UK tour. Honestly this is one of my favourite releases, getting to do it with those guys.

“Better to record all of the good and the bad, than miss out on the good.”

What followed is four more releases in 2018 and three releases last year. How do you manage to record so much?

Like I said earlier, we just record everything. Better to record all of the good and the bad, than miss out on the good. We even record every rehearsal, because you never know when your gonna find that diamond in the rough.

“Boundaries are dangerous in psychedelic music.”

Our only rule is to never say no. Experiment with everything, you never know unless you try. Music is art and art can mean anything and everything. Boundaries are dangerous in psychedelic music. Listen to any good psychedelic bands back catalogue and you will come across all of their experiments. We improvise and go where the vibe takes us and just hope everyone listening is along for the ride, we might be driving, but we don’t know where we are going and I think that is the part we enjoy the most.

Would you like to talk a bit about your collaboration with Suzuki Junzo? Share some further details how it was recorded?

Junzo is such a good dude and an absolutely fantastic guitarist. Jude had actually set a gig up for him in Newcastle and that is how we first met and from that point had decided the next time he was in the UK we needed to do a record together. In 2018 December I think it was, we booked The Sound Rooms with MP Wood and went in one afternoon with Junzo and just recorded as much as we could and the whole thing was just a trip, everything sounded perfect and Junzo just knew what we were going to do at every point and lay down that immense guitar on top of everything we were doing. It truly was a beautiful moment. 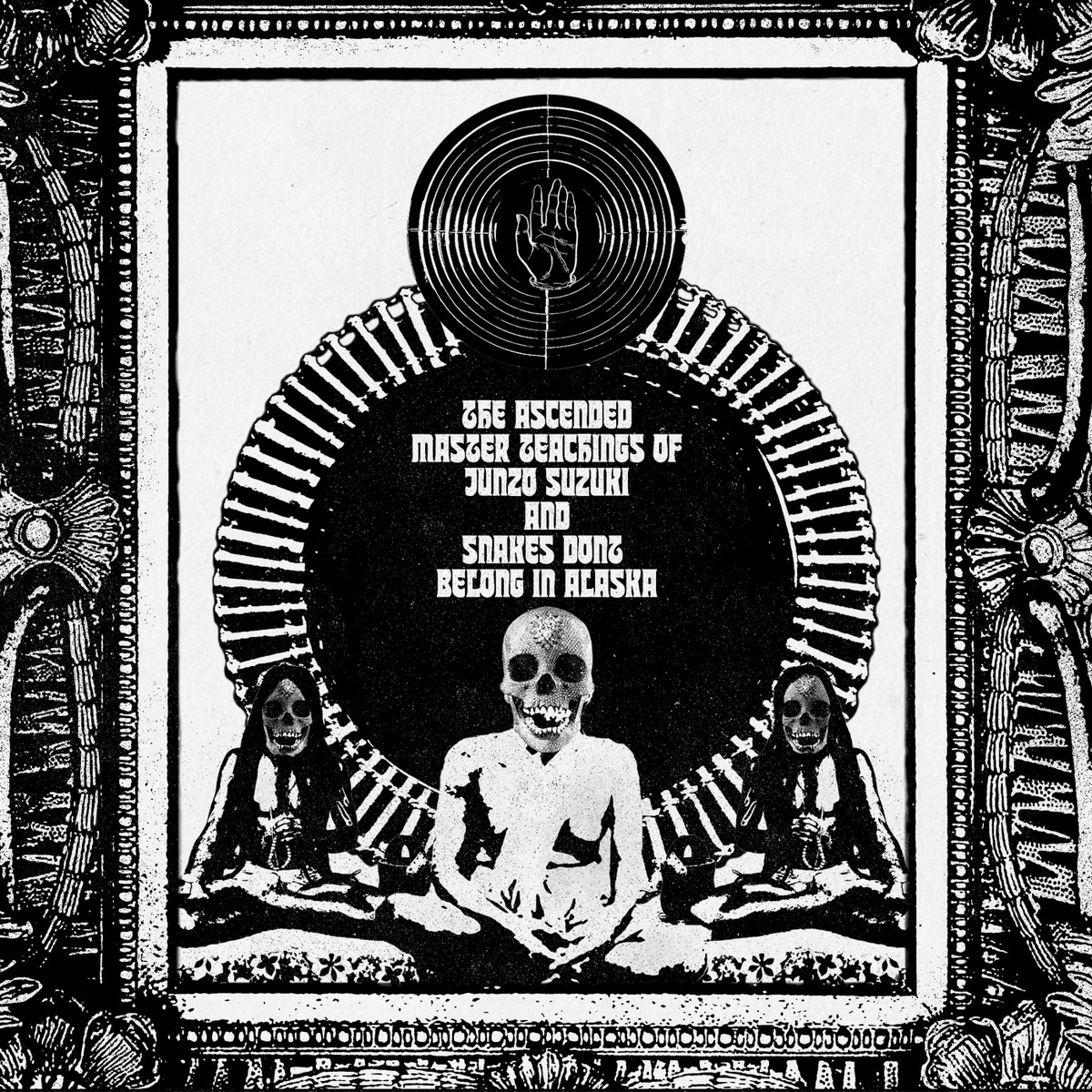 You very latest release is super limited Freak Out!.

Actually I hate to say it but Freak Out! is one of those ones I can’t even remember recording, because we have done so much. Sometimes they fall out of your mind and go missing. However we actually have another release after this one and that is a split we have done with our good friends over in Germany Kombynat Robotron, the masters of modern Krautrock. On that release we actually used one of the unused tracks from our session with Junzo.

Is there a certain concept behind your albums?

In terms of the music it is just wherever the mood takes us but the artwork and naming of them has always been a reflection of what we love within the scene, vibes of occultism and paganism as it just works so well and creates the perfect imagery. 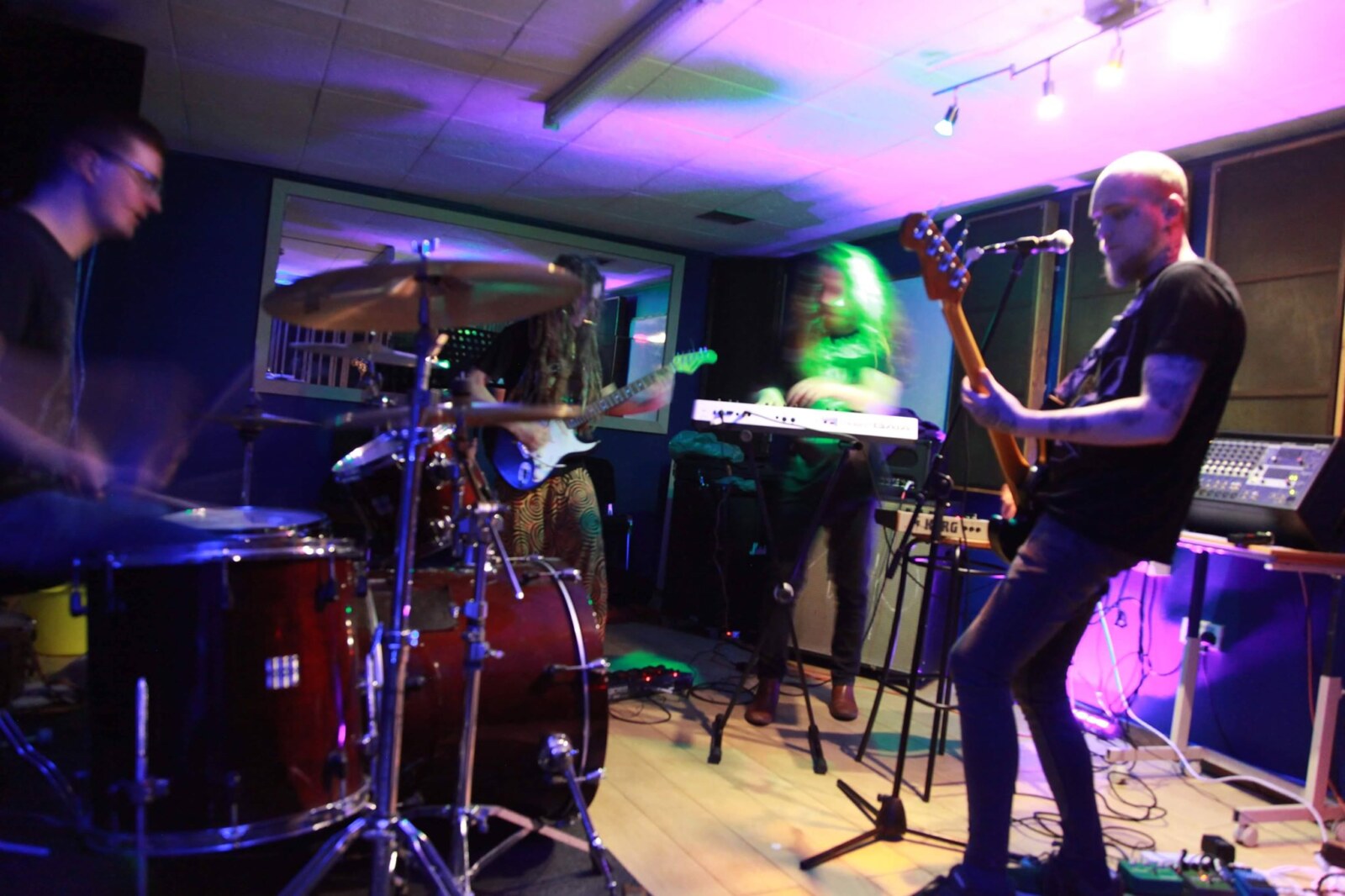 Ummm, haha this is a difficult one. I guess we just reflect everything we love about psychedelia, screaming guitars, weird sound effects and enough delay to stop your mind in its tracks. My lyrics are generally dark in meaning, using quotes from old poetry to segments from the darkest depths of my imagination. I guess I always like to think we have elements of krautrock and space rock but with a much heavier noise rock style vibe. 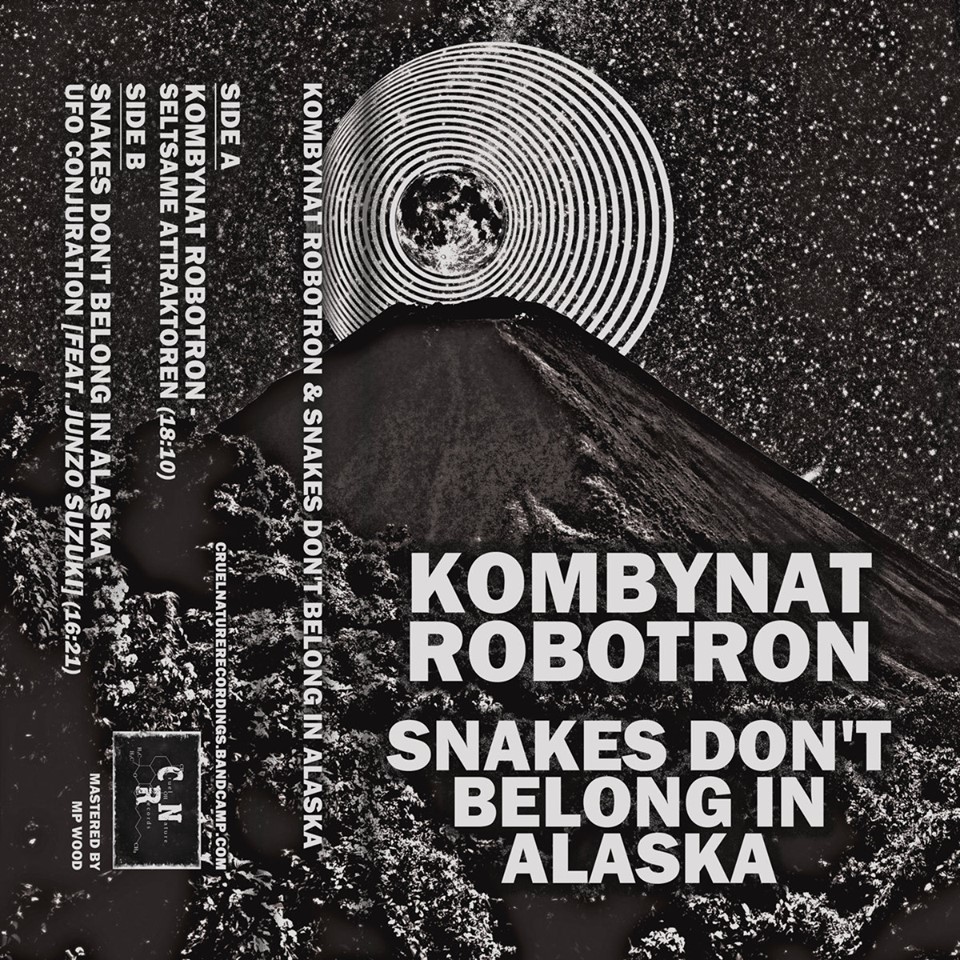 How about Snakes Don’t Belong In Alaska II? What’s that about?

SDBIA II is actually a result of our drummer Alex going on holiday so bloody much, we’d end up getting offered good gigs and he’d be away in another country. So we occasionally used guest drummers like Skylar from lovely wife and penance stare. Same thing different drummer I guess, haha.

Actually since December 2019 Jude no longer plays with us and he now has a collective project called Black Holes Are Cannibals. A psych collab with various musicians. But the rest of us no, Snakes is our baby and at least for now our focus is 100% on that.

It is everything to us, if you put us in a room now and asked us to write a song it wouldn’t be even half as good as what we do improvised. We have grown the band around improv and without it we would be nothing.

Usually we play live at least once a month, more during summer. However with the recent line up change we haven’t played live in about two months, however that will change very very soon.

Since December we have introduced Phillip Brookes on keys and synth and our new guitarist Kelly Stokes into the snakes family and we are currently working on a new record, which should hopefully be out by Easter at the latest. Expect SDBIA but a bit more mental and progressive.

I’d say listen to both Mountain Rituals and The Ascended Master Teachings. Both those albums just reflect us so well and give a full spectrum of our sounds.

The new Dead Sea Apes (interview here) album Night Lands out on Cardinal Fuzz is just an absolute masterpiece. Also 11.11 by The Kundalini Genie (interview here) is shaping up to be an excellent record, I believe they have that up on pre order now.

The most important thing for us is to thank everyone who we have had the pleasure of working with, Cardinal Fuzz Records and Little Cloud Records over in the US, Brett Savage and Jack Toker from the Dead Sea Apes (interview here), Andy Uzzell for his many kind words. Birdman Sounds (interview here) over in Canada, the psych lovers Facebook group and so many more people. It’s impossible to list them all, but they know who they are and we love you all! Also everyone that has bought a record and been to a gig we could never have done what we have without you all and to all the people that have written kind words about our music, we thank you also. The psych scene is a beautiful place and we look forward to the future. Thank you.