German duo Pretty Lightning are today announcing their fourth long-player ‘Jange Bowls’–out on March 20th on via London-based label Fuzz Club–and sharing the first single, ‘Greyhound’. For over a decade, the duo comprising Christian Berghoff and Sebastian Haas have been busy dealing in swampy, fuzzed-out delta blues with a penchant for strung-out psychedelic drones and on their latest effort, picking up where 2017’s ‘The Rhythm of Ooze’ left off, they return sounding better than ever.

If you ever wondered what’d happen if two best friends who share a collective mission to not take life too seriously spent just as much time soaking up the muddy blues of Mississippi as they did the kosmisch experimentations of West Germany (the pair also play in Krautrock collective Datashock) then Pretty Lightning are your answer. Unsurprising, then, that as often as their sound is indeed full to the brim with crunch, swagger and feedback, they’re also just capable as easing off on that oft-abused accelerator and dealing in something more far hypnotic and drone-like. 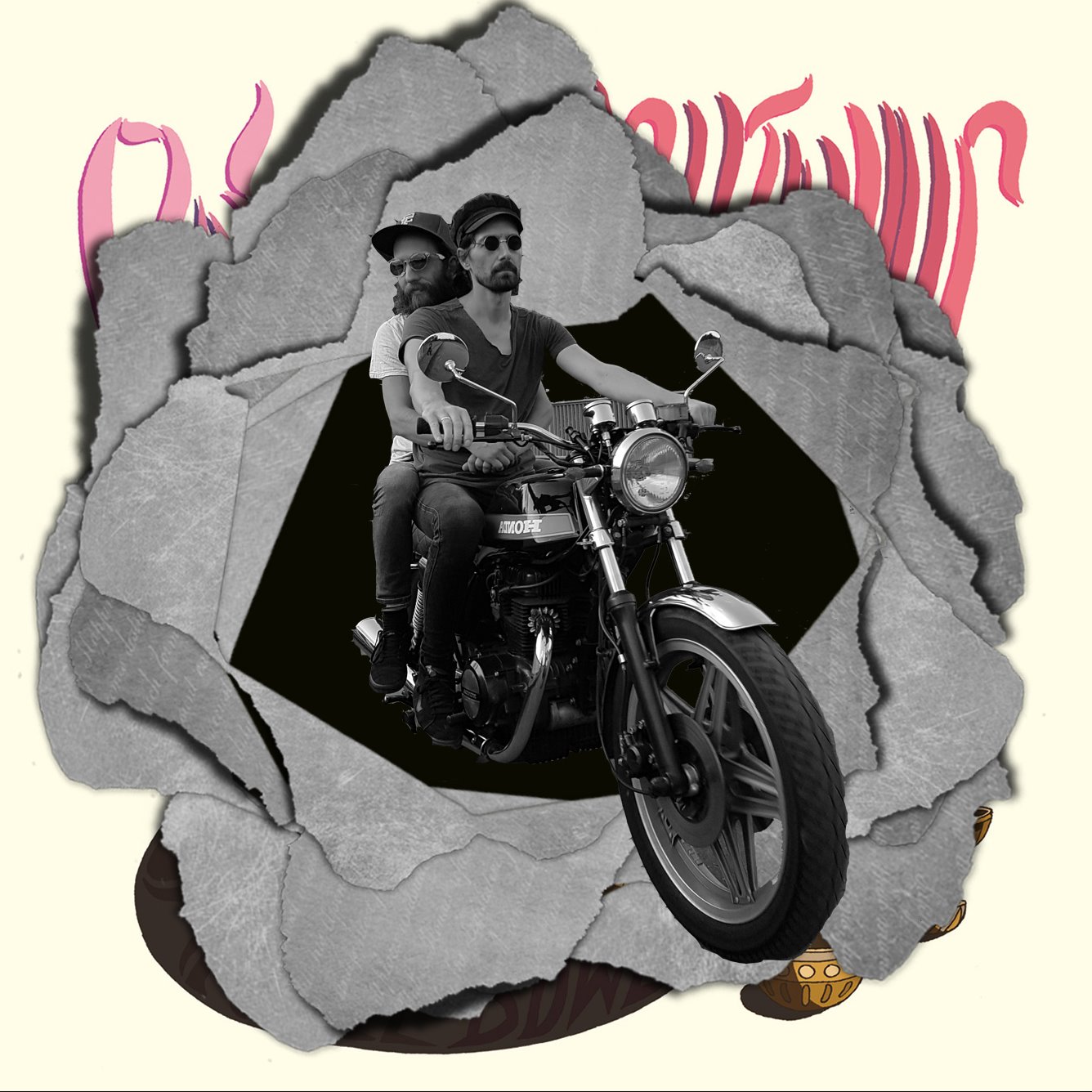 The reverberating slow-burner, ‘Greyhound’, is exactly one such moment. Just like the video that comes with it, it’s the sonic equivalent of hitching a long motorcycle road you never want to end–only, as in said visuals, the landscape you’re cruising through happens to be somewhere weird, cartoonish and, true to form, psychedelic-as-hell. The band says of the single: “Greyhound is pure escapism – one fantasy of it, anyway. It’s probably our most pop-pleasing song so far too, even if that’s not the direction we’re generally heading into. If you think that sometimes it´s ok to treat yourself to a fantasy, why not take the imagination of an eternal ride and stick it in a 4 minute ‘pop-song’” 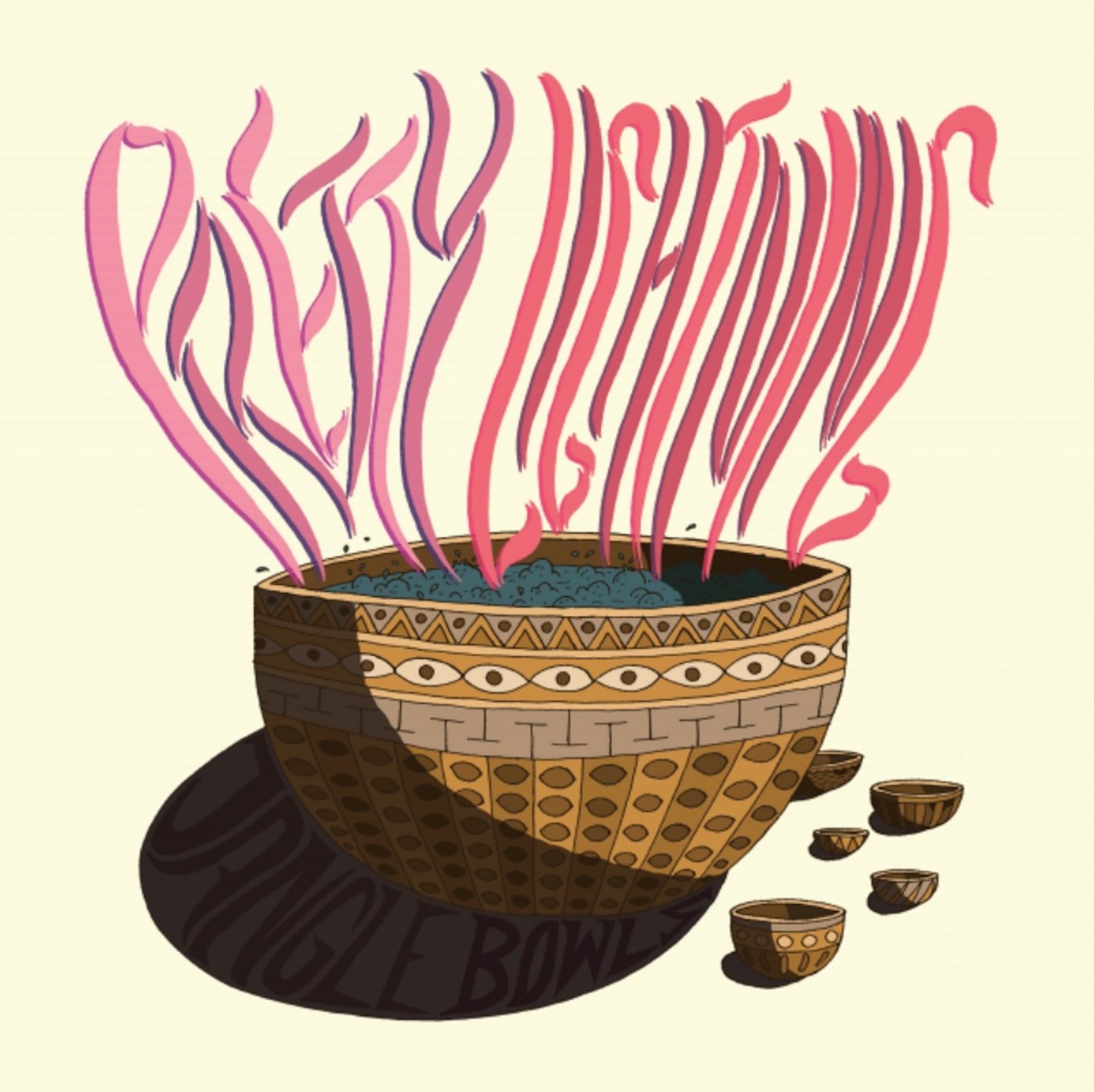 Since their formation over a decade ago, Pretty Lightning have been a riotous presence in the European neo-psych movement; taking their dizzying garage-blues across the UK and the mainland on countless occasions, appearing at a number of festivals along the way and sharing the stage with the likes of Moon Duo, Clinic, Kikagaku Moyo and Night Beats, to name just a few. ‘Jangle Bowls’ arrives following ‘The Rhythm of Ooze’, 2015’s ‘A Magic Lane of Light and Rain’ and their 2012 debut ‘There Are Witches in the Woods’.

‘The Rhythm Of Ooze’ by Pretty Lightning