Taking their otherworldly “Sonoran trance music” to the stage of London Fields Brewhouse, The Myrrors unleashed a breathtakingly transcendental performance that spectacularly joined the dots between everything from minimalism, drone and devotional music, through to psychedelic rock, desert blues and Eastern folk. Some four years on from that show, and with the band set to perform at this years Fuzz Club Eindhoven, the performance is now due to be released on vinyl and digital for all to experience. 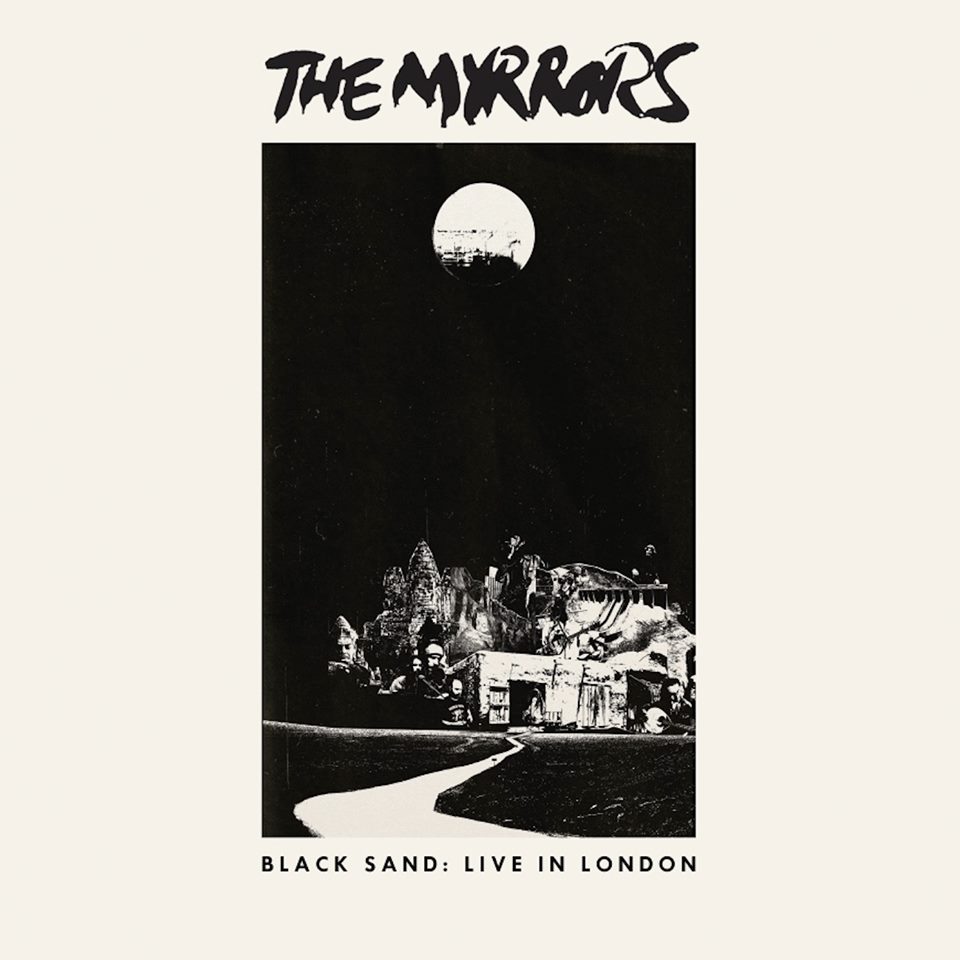 Officially due for release August 30th, ‘Black Sand: Live In London’ is a masterclass in repetition and minimalism that sounds like the sort of music La Monte Young, Don Cherry and Alice Coltrane might have made together if they grew up against the backdrop of Arizona’s Sonoran desert listening to bands like Amon Düül II, Faust and Hawkwind. To announce the release, The Myrrors are now sharing the epic 21-minute album-closer ‘The Forward Path’, a sprawling piece of work that perfectly captures the atmosphere and incredible musicianship captured on this live album.

Across its impressive running time ‘The Forward Path’ (originally taken from the Arena Negra LP) never deviates from its cyclical path. Held together by a desolate repetitive bassline, the track slowly builds and builds as you’re put into a trance by the atmospheric viola of Miguel Urbina, looped drones made via bowed guitar and the manipulated echo-soaked vocals of Nik Safi. What makes The Myrrors stand out though is that they’re just as skilled at making mystical mantra-like drones as they are at unleashing wild guitar freak-outs – and, true to that duality, in the second half of the song we begin to see the band hint at their more unhinged side. Reaching an all-consuming fuzzed-out crescendo, the song draws to a close with everything effortlessly colliding together in a distorted and absolutely cathartic wall of noise.

‘Black Sand: Live In London’ is divided into three parts – “Part I: Arena Negra // International Front”, “Part II: El Aleph // Danza Perdida // Warpainting” and “Part III: The Forward Path” – and is due to be released on double vinyl with an etched D-side. As well as a number of previously unrecorded pieces, the live album comprises songs from their 2008 debut LP Burning Circles In the Sky and 2015s Arena Negra.

The Myrrors will perform at this years Fuzz Club Eindhoven (Aug 23-24 at the Effenaar) alongside Kikagaku Moyo, Iceage, Night Beats, The KVB, The Telescopes and more.