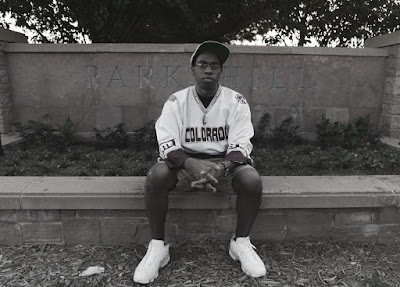 Meanr Mynr – Park Hill Prophet (Self-released)
https://meanrmynr.com/album/park-hill-prophet
As the opening track to Park Hill Prophet hints, guitar virtuoso and producer Meanr Mynr has honed his musical skills for almost a decade. Collaborating with a variety of groups and releasing a couple of EP, he’s now ready to debut his first full length record—a hip-hop opera of sorts tracing his upbringings up in Chicago. Following in the footsteps of greats like Kendrick and Thundercat, the artist attempts to weave together disparate genres to craft a robust narrative.
While the concept album may not be for everyone, the fusion of eclectic instrumentation and storytelling is certainly a rarity these days. “Child O’ the Times” may come off a bit amateurish in its mixing, but the musical tropes that build its foundation are strapping. “M.L.K. Blvd.” builds an impassioned soundscape of gospel harmonies and electric blues riffing, making the juxtapositions are a juicy highlight of the record. But make sure you stay for the end. A fleeting policeman voiceover brings the message home.
While the release could use with some professional attention to the production quality and less voice-acting to better support its motifs, Meanr Mynr certainly has come a long way since his last release, The Sacrifice. The orchestral arrangements that buttress so many of the tracks offer a dimensionality that his earlier release desperately needed. But the encyclopedic diversity in style between tracks is stifling, almost to the point of overwhelm—in this case, more evenly distributed vocals would have really done a service.
On “Just Can’t Stand It” we return to the artist’s trademark talent on the fretboard. With delicate yet stern attention to detail, it’s another favorite. I’m reminded of where the artist’s true abilities stem from. The arrangements here outshine everything else.
– Gabe Kahan
© Copyright http://www.psychedelicbabymag.com/2018
Gabe KahanMeanr MynrReviews