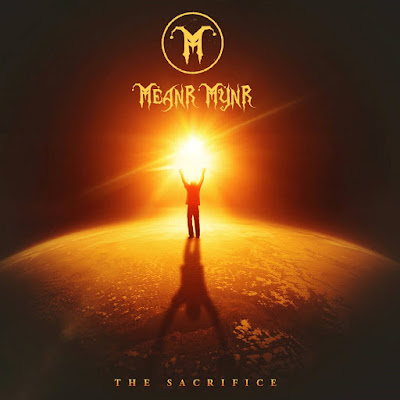 Meanr Mynr – The Sacrifice (Self-released, 2017)
http://meanrmynr.com/album/the-sacrifice
Genre-bending is a rousing frontier that has been pushed further and further over the decades. Seemingly disparate sounds have been juxtaposed to arrive somewhere fresh and lively, while others have been incongruously mashed together only to end up as a duct taped disaster. The Denver-based artist Meanr Mynr is one such pioneer, stirring together prog rock, reggae, and electronica in a cauldron of shadowy angst.
Drawing on his skills as a guitarist, bassist, and producer, his latest EP is otherworldly and ambitious. The release’s title—unimaginatively named “The Sacrifice”—and its album art come across as a bit cliché, harkening to 90s-era grunge groups. The colors seem to be taken straight out of Alice In Chain’s 1992 release, “Dirt.”
For the first track, “Sanctified,” my immediate reaction putters on mediocrity. A synthy bass as thick as wet cement opens amidst applause-like percussion. A wah-wah guitar comes sweeping through, panning back and forth, but remains reeled back. A sharply distorted chord progression begins to slip out on top, heightening the momentum. If there’s a saving grace here, it’s the call and response formed between the synths and an ensemble of trumpets. There’s so much promise in the track’s arrangement, and yet it falls flat. Perhaps Meanr Mynr excels on stage, rather than in the studio. He does, after all, describes himself as catering to the “livetronica” scene.
But onto the next track, “Saint James,” and the EP begins to take a turn for the better. A similarly sharp guitar begins whizzing across reggae-timed percussion and organ. The artist clearly knows his way around a fret board. Circling back to a similar riff throughout the two-and-a-half minutes, we get a genuinely enjoyable mixture of prog rock and reggae. 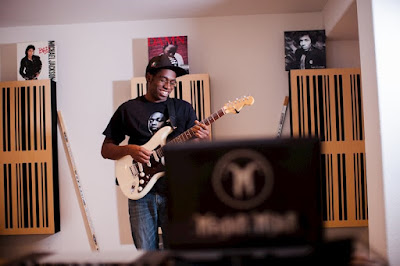 Onto the release’s title track and we step into a foreign world. Pulses of electronic bass, expansive tribal drumming, and more razor-edged guitar transport us to a gothic cobblestone alleyway. Almost subliminally, we hear string accompaniment, adding an extra electricity to the suspense. And then—the unexpected. An arpeggiating keyboard takes center stage, innately gruff and coarse. A hulking synth joins in to create more call and response. The demonic originality proves cathartic.

This brooding playfulness continues on for the rest of the EP. Meanr Mynr meanders between instruments with an alluring creativity and passion, which I have no doubt comes across all the more on stage. He’s certainly an artist to watch as he better aligns his innate talents with the hurdles of the studio. If you’re in the Denver area, though, I suggest you grab a ticket.