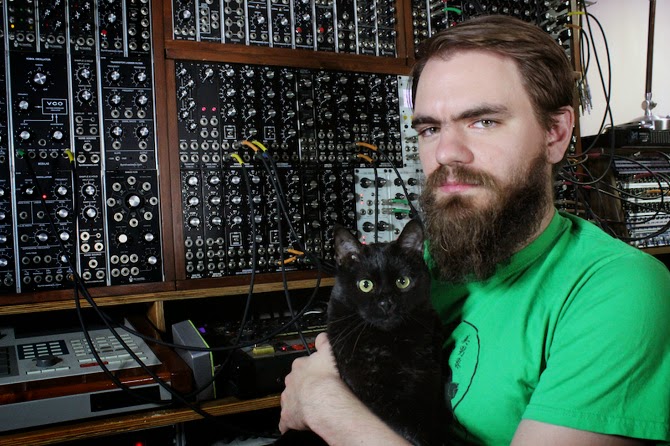 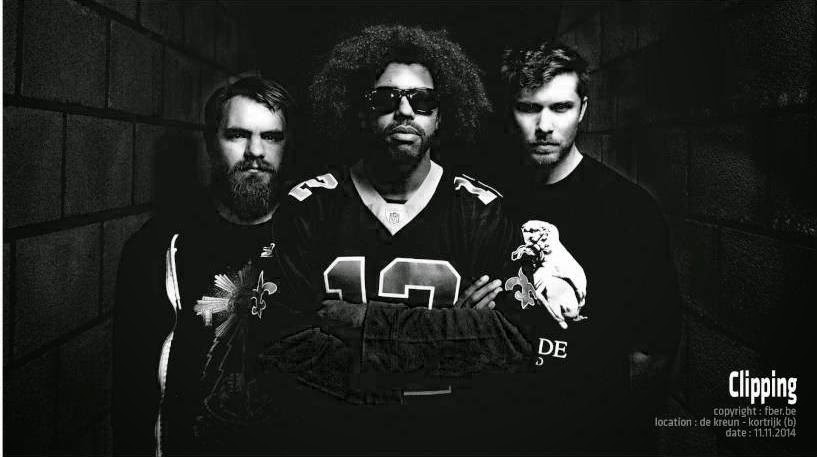 Where are you located at this point?  I know that Nilbog plays out live, but how involved in the local scene are you?  Do you book or attend a lot of shows where you’re at?
I live in Los Angeles, and I barely go out anymore to be honest.  I used to go to shows all the time, but as I get older and more introverted, I’d rather just stay in with a bottle of wine and read SysEx specs on old MIDI gear, ha-ha.  Touring is increasingly exhausting as I get older too, and when I’m back from tour the last place I want to be is out at a bar with really loud music.  There’re a lot of great places to go see music in LA right now, though, and as much as I can force myself to I do try to go out to shows.  I live pretty close to an amazing space called MATA, so it’s easier to motivate myself to go there.
Are you involved in recording or releasing music from anyone besides yourself?  If so, can you tell us a little bit about that here briefly?
Yeah, I’ve done a bit of production and recording work for other people.  I’d like to do more.  I recorded and mixed most of the albums for the now defunct Foot Village, a band comprised entirely of four drummers and vocals.  Those were fun and challenging sessions.  I produced and mixed an EP for Maxi Wild, and an album for I.E.  I also mixed the most recent EP by Signor Benedick the Moor, and some songs for Cooling Prongs.  Some other things too that I’m sure I’m forgetting.  I basically don’t say no to things, but I also don’t really go seeking out other production work.  I’d love to do more. 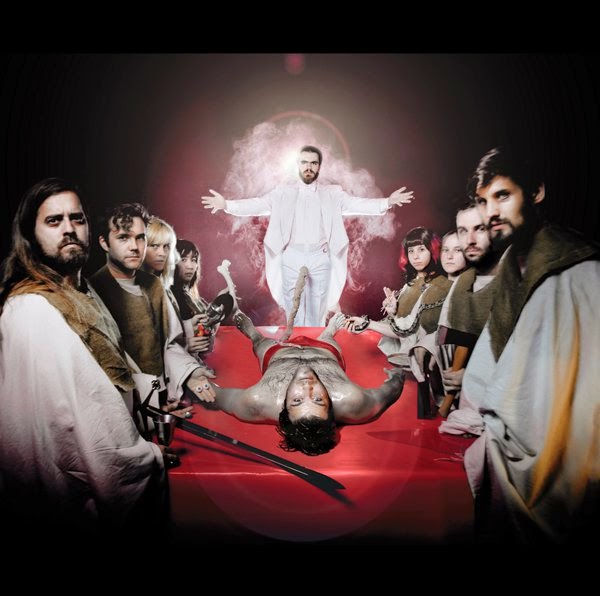 I talked a little bit about it before, but your soundtrack with William Hutson for Room 237 is how I originally got introduced to your music and I seriously dig a ton of your soundtrack/score work, which has appeared on some seriously heavy hitting shows, including Battlestar Galactica: Caprica and the US Office to name just two!  Mask Of The Ninja happens to be another of my favorites and I’m still hoping I can score one of those Fan Club CDs one of these days, ha-ha!  But you’ve done some killer work for Starry Eyes which is attracting some much deserved attention in the industry finally and the song I heard that you contributed to The Storm was ridiculously killer as well.  Can you talk a little bit about how you got into soundtrack/score work?  Do you have a preference between working with a group on a project like Captain Ahab or CLIPPING and working, at least from what I would guess, is a little more on your own and with a little bit more freedom doing soundtrack work?
Funny you would say there’s more freedom in film scores.  There you’re really locked to picture; everything you do is dictated by the picture.  Is it good music?  Who cares.  Does it work in the movie?  That’s the only question that matters in film work.  Captain Ahab used to be my personal project, and film music was to pay the bills.  Then a few years ago, I felt that switching.  The film music became more interesting and appealing for me to work on, as Captain Ahab became a narrower and narrower focus.  Probably the most freedom I have in any project is with clipping, though.  There are no rules other than the ones we’ve made for ourselves.  It’s a lot of fun. 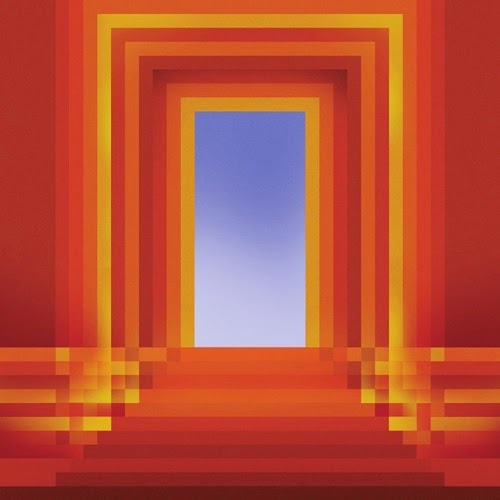 You obviously draw some extremely heavy influences from John Carpenter, and a lot of people see him as the father of the modern synth horror soundtrack, along with people lik Fabio Frizzi and Brad Fiedel.  For me, Phantasm was the beginning of my obsession with that kind of music and Myrow and Seagraves haunting score was one of the first albums that I ever bought.  It’s always interesting to me to learn just how people got introduced to the genre, and in your case how you became so interested in it that you decided to dedicate a major part of your professional life to it.  Can you talk a little bit about how you got into the horror soundtrack “scene” and who some of your major musical influences are as far as that goes?
I think probably the first synth film score I heard was Midnight Express by Giorgio Moroder.  I got pretty obsessed with Moroder, which lead me to Cat People, Metropolis, American Gigolo, etcetera.  I remember getting the Halloween III LP out of a dollar bin at a record store and becoming obsessed with that as well.  I’m not sure what the first John Carpenter score I heard was.  That or Escape from New York, probably.  I just loved the simplicity of his music, simplicity that was born out of working conditions – fast and cheap.  It’s funny how big an influential that stuff has become given how tossed off it seems to have been.  Assault on Precinct 13 blew my mind the first time I saw it.  I think I’d already done some film scoring, and I remember being amazed at how well some of those scenes work with just a single, long sustained tone underneath.  No movement at all.  I actually have been a pretty big soundtrack collector and nerd for most of my life.  I got into film scores in the early 90s, maybe because it was a way for me to listen to orchestral music at home that still felt contemporary?  I’m not sure, but I gravitated immediately to all the people you’d think – John Williams, Danny Elfman, Jerry Goldsmith, Basil Poledouris, Alex North, Marc Shaiman, Alan Silvestri, etcetera, etcetera.  I remember when The Piano came out I heard that music, and that led me to Michael Nyman.  I already liked Philip Glass; my dad had the Mishima soundtrack album, which I listened to a lot.
What’s the songwriting process usually like for your soundtrack work?  I know that you often collaborate with William Hutson and a few other people, and I’m curious how you usually approach the songwriting process for that kind of thing.  There are a lot of people who meticulously work stuff out beforehand, but I’ve never been sure exactly how that works when you’re collaborating with someone else…
I’ve only done a couple of collaborations on film scores.  With Bill Hutson and John W. Snyder.  Usually when I collaborate on a score, we go through the movie and spot it, figure out where the cues are going, then divide them up.  It’s usually pretty clear what each of our strengths are, and hence apparent who should start which cues.  Then once the cues have been started, we trade and add sounds, give notes, etcetera.  Working with Bill is a little different.   We do most of the work together in my studio, but it always starts by dividing up who should start which cue.  It’s funny, when I work with Bill I take all the melodic cues, and when I work with John, I take all the sound design-y ambient cues.  Different hats for different people.
What are you working on as far as soundtrack work goes at this point that you can talk about?
My latest two projects are The Nightmare, directed by Rodney Ascher, and Excess Flesh, directed by Patrick Kennelly, both of which are playing at the SXSW festival this year.
I know that Light In The Attic is now distributing the incredible Death Waltz Records release of your soundtrack for Room 237 and I love your work but I’ve had a difficult time tracking down a lot of it, unfortunately.  I did hear from a little birdie that Starry Eyes is going to be seeing a Waxwork vinyl release in 2015 awesomely enough though!  I don’t know how much you get any say, control or even how much you keep up with those releases?  I’ve come across some digital files, but it was pretty slim pickings as far as psychically released soundtrack stuff for the most part.  What’s the best way for people to get a hold of your work?
Yeah, there aren’t a ton of releases.  The Room 237 record on Death Waltz, and the Starry Eyes record on Waxwork will be my only film score releases so far.  Most of the earlier stuff I’ve done I don’t really want released anyway! 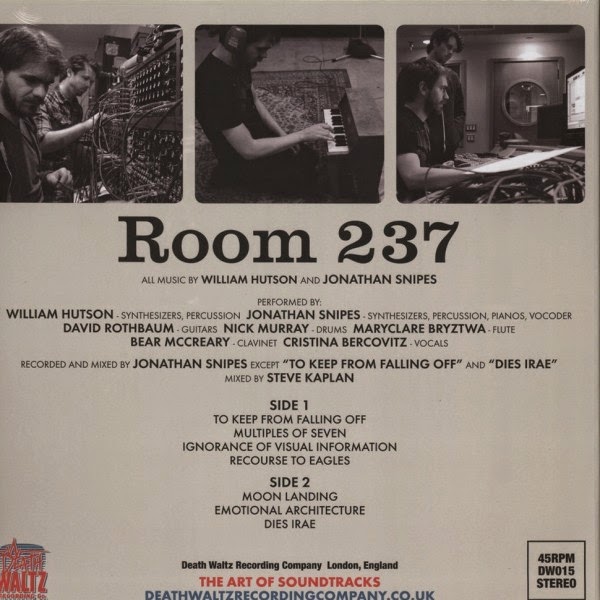 We’ve talked a little bit about it, but can you talk a little bit about the recording of the material for Room 237?  When and where was that material recorded?  Who recorded it and what kind of equipment was used?  Was that a fun, pleasant experience for you?
It was crazy fast.  We had no money, and about two or three weeks, so I begged borrowed and stole a lot to get that score done.  Taking inspiration from the John Carpenter school, I just said “We’re going to do this as quickly as possible, as cheaply as possible, but we’re also going to compromise as little as possible.”  It ended up being a pretty fun process, but it was chaotic; lots of sleepless nights.  I basically just used the computer as a tape machine – no quantization, only small occasional edits.  This was done both as a stylistic choice and out of practical necessity.  Most of the music was written and recorded in my home studio with my analogue synths and a Rhodes electric piano.  Then, we managed to sneak into a studio on one of their off days to do drums, and the guitars were recorded at the guitarist’s apartment.  The flute we recorded in my living room.  The day we did drums, our drummer, Nick Murray, ended up being almost three hours late, so we just started digging around through the studio’s collection of percussion instruments, and that’s where all the weird marimbas, shakers, xylophones, etcetera came from on that score; just because we were waiting and wanted to be getting something done. 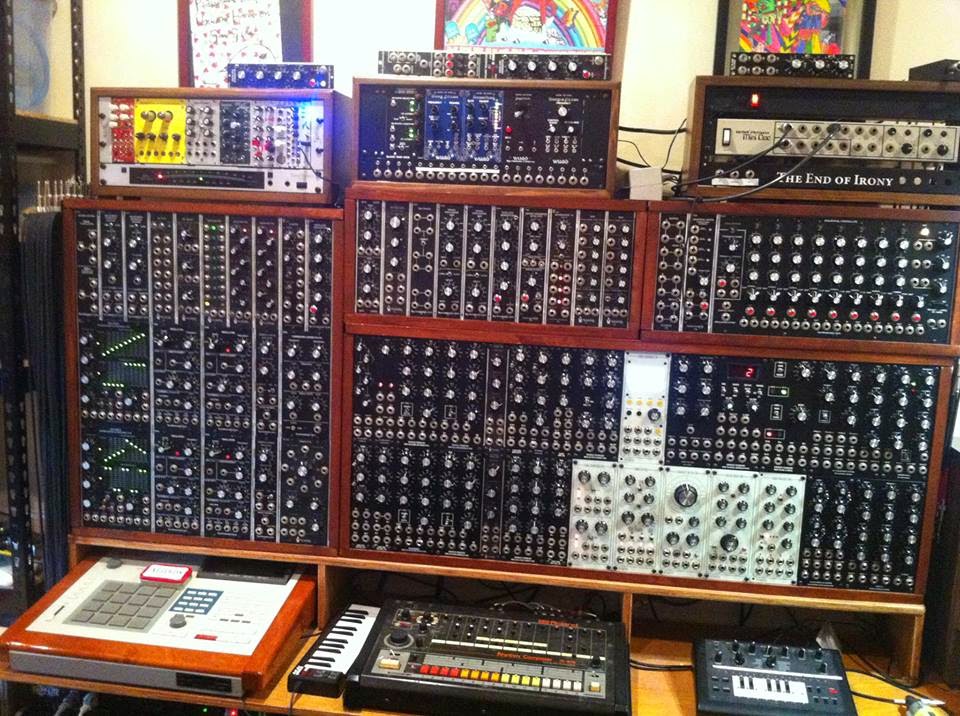 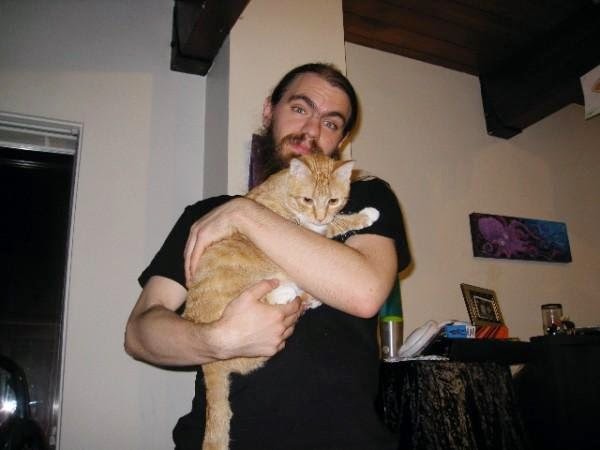