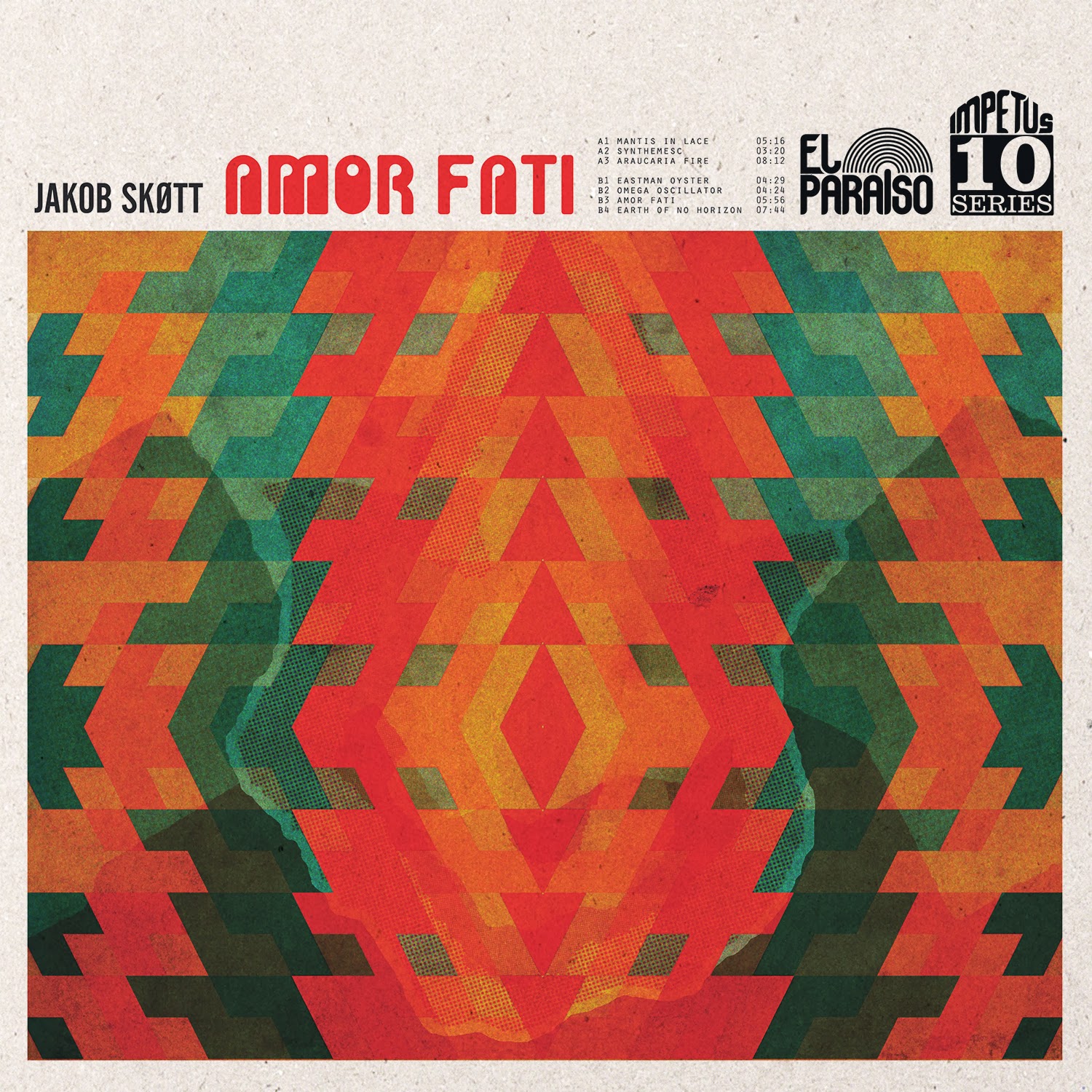 Jakob Skøtt “Amor Fati” (El Paraiso, 2014)
Causa Sui drummer Skøtt began El Paraiso to release his
band’s albums and this is his second solo effort. It opens with the
heart-racing “Mantis In Lace”, which borrows a familiar riff from Giorgio
Moroder’s classic Midnight Express soundtrack, and then ups the glitchy synth
ante on the Kraftwerkian “Synthemesc”. Fans of John Carpenter’s soundtracks for
his Halloween films will also find a lot to enjoy throughout this synth-heavy
listening experience.
But
let’s not forget that Skøtt is a drummer first and foremost, so there’s no
shortage of headbanging tribal percussives, with the organ-laden “Araucaria
Fire” leading the funky, jungle boogaloo down Broadway. On this front, fans of
fellow drummer-led krautrockers Guru Guru (and Mani Neumeier’s own solo
efforts) will be right in their element.
Improvisation
is also prominent throughout, and Skøtt changes tempos as frequently as the
wind direction in a sand storm, leading to some impressive, mind-altering
melodies that’ll keep you on your toes and prevent the tracks from drifting off
into aural wallpaper. Then there’s the headswirling whirly whoops of “Omega
Oscillator” and the ferociously manic drum attack of the title track to draw
favourable comparisons to those vintage Silver Apples albums from the mid-60’s!
And the album ends on a contemplative, relaxing note with the swirling “Earth
of No Horizon” that’ll have Tan Dream heads salivating for more.
So if
you’re into electronic soundtracks or krautrockian soundscapes and have more
than a few Vangelis and Tangerine Dream albums in your collection, “Amor Fati”
will be an excellent addition to your music library.
Review made by Jeff Penczak/2014
© Copyright http://psychedelicbaby.blogspot.com/2014
Jakob SkøttJeff PenczakReviews