Interview with Mike McNertney:
So how did Schibbinz get together in the first place?
It was pretty simple. As I recall, a few guys at a party some time in early 65 thought it would be neat to form a rock group.
As it happened, I was the only one who had an electric guitar: something my parents had reluctantly agreed to buying me for Christmas just before we departed the US for Argentina – on the firm understanding I would pursue guitar playing seriously.
They were skeptical of my intentions in light of my less than intense interest in the piano lessons they foisted on me when younger; but this time they didn’t need to worry – for this time it was my idea, not theirs.
Anyway, I guess that having that old Kent electric guitar guaranteed me some kind of a role in the new band…but the initial grouping (drummer Kelly Fero and our friend guitarist Bill Bromley) seemed happy to have me aboard their incipient enterprise.
We chose the name Schibbinz from the very outset: a nonsense word we may have seen in Mad Magazine or something.
Soon enough, the three of us approached an Argentine classmate from school, called Payo (Carlos) Giraudo, whom we could see had an exceptional gift for music. He was in fact already conducting the children’s choir of Cordoba.
I think he was taken aback and even slightly ill at ease with these semi-rowdy yankee teenagers initially, but started coming around and fitting into the group soon enough. He loved and admired the Beatles as much as we did.
He was to become Schibbinz’s mainstay and driving force.
We started out doing a few commercial hits of the time: “Doo Wah Diddy Diddy” and “Sha La La” by Manfred Mann; “I’m Into Something Good” by Herman’s Hermits; “This Diamond Ring” by Gary Lewis; “Keep Searching” by Del Shannon and the Shakers out of Uruguay.
Our first appearance at our high school assembly was a disaster though: we totally lost our composure when we were confronted by so many people (versus playing by ourselves in our parents’ living rooms). We kind of screwed up at the outset but managed to awkwardly brass our way through the performance.
Luckily, that was the one and only time that ever happened: we learned to control our nerves and over time developed that fantastic organic group-mind where the music took us over as soon as we struck the very first note.
Bill Bromley, a good guy and an important contributor to the band’s early development, left us several months into the band’s life, as his father was transferred from Cordoba by Kaiser.
Payo also went on an extended musical scholarship to the US the summer after we started playing together, so was absent for several months.  When the following school year started, though, we began anew, with Kelly (drums and vocals), Payo (guitar and vocals), myself (guitar and vocals) and our friend Greg Johns (on bass and vocals). 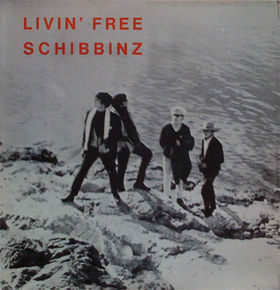 This was the time when the band began to consolidate, mature and find its voice. Of course, the fact that rock music itself was “maturing” and evolving helped us to do so.
I remember marveling at songs like “Norwegian Wood”, “For No One” (Beatles) and “Eight Miles High” (Byrds) and the amazing new perspectives they represented. The artistic depth and innovation was striking.  It was an interesting and even an electrifying time.
We started doing more sophisticated material, more complex harmonies and instrumentation, and also began to do original songs.  Other group’s songs we performed included “If I Needed Someone” (Beatles), “As Tears Go By” (Rolling Stones”), “Here Without You” (The Byrds). The latter involved replicating the intricate Gene Clark-David Crosby harmony.
Payo and I nailed it to the point where, once, when we were performing the song at Lincoln High School in Buenos Aires, they thought that we were lip synching to a Byrds record (– but it was really us!).
Decades later, we played the song in the garden of Payo’s house at a party he threw in my honor in 2001…and discovered we still had the magic!
The first original songs, with music by Payo and lyrics by Kelly started being developed and performed around this time (early 1966). There was never any question as to whose music (Payo’s) and lyrics (Kelly’s) we would use: we just started to work that way and all of us acknowledged this was the best and even the only way for us to go. The songs included our banner song “Living Free”, “It Ain’t So” and “Second to None”.  We did our first TV appearances, and began to be a name and a sound that meant something in Cordoba.
By the middle of 1966, we were solidly on our way.
When Greg Johns left to return to the states with his family, my brother Pat replaced him in the band. Pat was the talent we had needed to finally complete us as a band, and this was to be the final version of Schibbinz, when it reached its fullest flowering and recorded the “Livin’ Free” album. See Pat’s perspectives below for more insights and reflections.
Before I end, however, I did want to provide some background on Cordoba Argentina and the music/youth culture of the sixties there to give you some more flavor of our influences and context.
Cordoba was the second largest city in Argentina – a university and industrial center both, which often made for volatile politics.  It gave rise to the important Cordoba university reforms of 1920 (which spread across the entire South American continent), the explosive labor revolt called the “Cordobazo”, and perhaps most famously, that iconic revolutionary Ernesto ”Che”  Guevara – who was raised there.  Many significant political movements in Argentina had their origins in Cordoba, it is said.
There was an inherent tension to the city, a progressive and even radical political tendency, coupled with an insular and rigidly narrow minded local society. There was an edgy intellectual and artistic culture there…which I know influenced us greatly.
The place was also renowned for the scenic beauty of its surroundings.  The sierras and the small towns that nestle in them are quite lovely, with a unique and unforgettable charm.
All in all, the place had a wonderful air to it, an atmosphere that was enchanting: a mix of Italian Argentina, gothic Europe, medieval Spain, the colonial new world and much else.  It was surrounded by these beautiful cordilleras under dramatic sweeping skies – almost like a landscape in a painting by El Greco. Our years there were a time that was an Eden in many ways…but perhaps musically most of all.
And we were very lucky to be there when we were…before the Argentine “holacaust” of the seventies, when so many people (including classmates and acquaintances of ours) were “disappeared” by the military junta…but that is a whole other story.
As for the cultural climate then, the times they were a changin’…and this was most apparent to us in the music we listened to. What could you say about the Beatles, the Kinks, the Beach Boys, the Stones, the Mamas and the Papas, the Byrds, Simon and Garfunkel, the Lovin’ Spoonful, the Zombies and all the rest? It was a musical and cultural revolution in Cordoba no less than elsewhere and we were proud to be a part of it!
Marianne Faithful, Petula Clark, Donovan, Chad and Jeremy, Peter and Gordon, not to mention Bob Dylan and all he represented.  The poets were taking over from the hacks.
This was the cultural backdrop and the soundtrack to our lives.
Mike McNertney 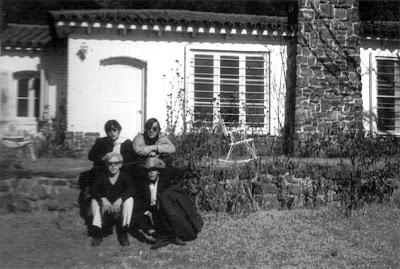 My older brother and I moved to Cordoba, Argentina in early 1965 when my diplomatic family transferred there. (We had lived extensively in East Asia and other parts of Latin America before then).

My brother Mike was a founding member of Schibbinz in April/May1965. Over the next couple of years several players moved on, the result of leaving the city with their families. The band demonstrated a cohesiveness in 1966 and it was evident that vocalization through harmonies was a strength. I recall seeing the group on a local TV show, and the moniker ” The Cordoba Beatles” was applied to the group’s style.
I joined the band in March 1967, when the bass guitarist left with his family. I had been playing in a two man acoustic guitar singing combo at that time. I was actually shooting free throws (playing basketball)when Payo, the rhythm guitarist approached me to tell me that I had been selected to play bass and become a bandmember.
I spent a month learning to play bass and learn harmony parts under the tutelage of Carlos Giraudo(Payo). At the time the band’s style took a definte change toward more intricate 4 voice harmonies as evident in the songs  Ring of Bright Water, Beneath It to Be Warm, and If I belong Here.
The recordings done at the Phonexa studio in Cordoba were interesting and well done but, inmy opinion, lacked the spirit and fervor of ther many songs that were recorded in our living rooms on a reel to reel Akai recorder borowed from our father. These songs include We’re All Here’ Go Softly Now, December Winter, The Ring of Bright Water’ It Ain’t So. The home versions in many ways convey a truer and more accurate version of how the band sounded when playing live than the studio songs.
At the time, their was a great deal of  popular demand for instrumentals. Ghost Riders in the Sky, was an example of a very popular instrumental song, that was played at live performances.
Our sound amplification system was basic, uncomplicated, even primitive by today’s standards. Our speakers were low wattage. Mike used a small amplifier for his lead guitar. Two microphones were used for singing. The photo ” Schibbinz on stage, Cordoba, December, 1967″ accurately shows the band, a typical stage positioning ‘, and, the amplication system can be seen in its totality.
I feel that Schibbinz was cohesive based on a strong work ethic (every free minute outside of school was spent practicing and rehearsing) and dedicated to producing and playing an excellent work product. Kelly, Payo and I were only 15 years old. Mike was 17. Needless to say, there was good chemistry among the players. There were no ego issues, only heartfelt love for the music and commitment to the band’s betterment.
My brother and I left Argentina in January 1968 shortly after the album was recorded. We all continued to play music. and entered careers of our choosing. Mike went into International banking and I am an prosecuting attorney for the State of New Mexico. Kelly became a political consultant in the state of Texas and Payo, before he diedin 2002 became director of the Cordoba Symphony Orchestra.  Our days with Shibbinz were never forgotten. We all continued to pursue interests in music, playing in musical groups and writing songs in the best Schibbinz tradition.
Pat McNertney 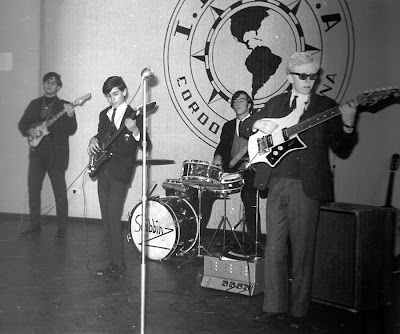