Plan 9 is an American neo-psychedelic band from Rhode Island formed in 1979. The group was named after the 1950s science fiction film Plan 9 from Outer Space.

Were you in any bands before forming Plan 9?

Eric Stumpo played bass in a great 3 piece band with the now well known luthier Julius Borges, also of Newport Rhode Island. The rest of us were virgins. The Crippled Pig did not record.

Can you elaborate the formation of Plan 9?

Plan 9 is actually a really bad movie, you may have seen. It’s called “Plan 9 From Outer Space”, by Ed Wood. It features an odd mix of characters…when we took the name, no one really knew about that movie, and we were an odd mix.

I recall some fearless shows…in New York, a battle of the garage bands with the Chesterfield Kings, Slickee Boys, Smithereens, Zantees, Unknowns, Fleshtones, Fuzztones and later the Mad Violets.

Frustration LP was released in 1982.

The song was written by William Hay (go away, black bear, go away) and Greg Shaw thought it would make a good extended side. He was right. The maze, incidentally, has no solution, hence frustration. 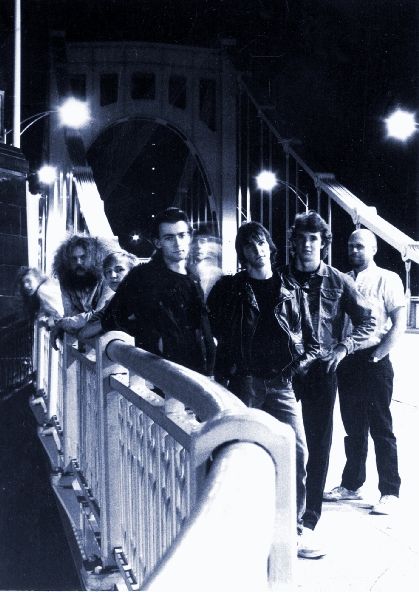 Dealing With the Dead followed.

Yah, “Keep On Pushin'”, Mike Ripa sang. He played a Burns Bison and kept a lit cigarette in the headstock, always. That album was scary to produce, and we were at Trod Nossell for a while with it. We kept recording songs we had been working on for about a year or maybe two. There were many tracks to mix and some of them ended up going to Europe for Patrick Mathe’s New Rose label. Then we combined everything and re-released all of those tracks together. Rick Sloane did some new artwork for the Criswell Predicts reissue.

I really liked recording the poetry with John DeVault. Memories of annoyance and delight, not lost but neutralized with the outdoor sounds of crickets.

Midnight Records once said 50,000 copies were pressed. The first pressing was printed with a comic book and day-glo cover which illuminates under black light.

Well, you could ask Rick Sloane about his wacky world and the fantasy creatures that occupy his thoughts, but unfortunately he passed on a few years ago. We met him in Albuquerque New Mexico, en route to LA on our first tour. Rick had made up a show poster and it featured us with The Crawling Walls. We grabbed at the chance to have him illustrate our DWD cover. The music had already been recorded and we gave him a tape. 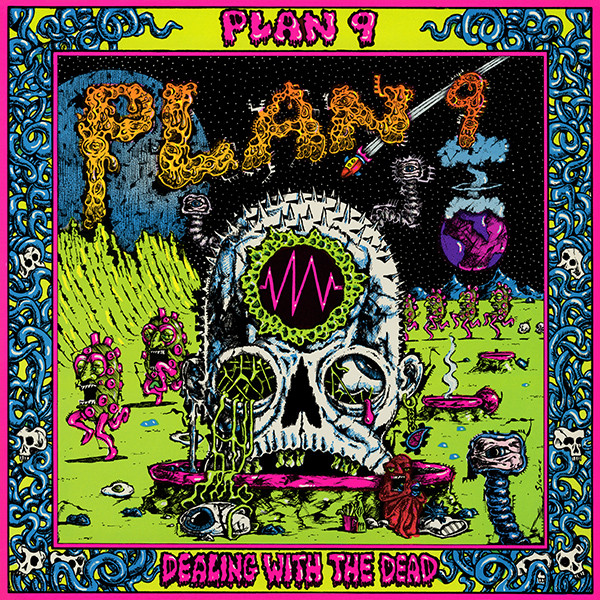 The Live LP was recorded at a number of East Coast venues, and then edited together. We owed Midnight an LP, as a contractual obligation…so that allowed us to move along. We wanted to work with the Enigma people. We released 3 LPs and and an EP with them in 4 years. We loved working in San Marcos Texas at The Fire Station, owned by Doug Sahm. Those Sea Hunt sessions took about 3 weeks, and we had these caterpillars take up residency on our truck, sorta like Body Snatchers. Keep Your Cool and Read the Rules was recorded at Trod Nossell. We love the “Street of Painted Lips” jam on that LP.

We toured for 10 years. There are some archived things up on our website. We got a great look at the Aurora Borealis on the western plains of Canada, drank Cuban coffee with Klaus Flouride, shared the stage with some amazing bands…and made a lot of friends.

Where was Live – I’ve Just Killed a Man I Don’t Want to See Any Meat recorded?

How did you get your sound?

Layers and layers of guitars, vox organ and reverb.

Your latest release is Things I Do.

The trance-e-delic CD’s are all pretty interesting…there are 6 of them including Things I Do, and one was released with a film Blue Movie, Sour Tongue Readings (No Spitting) 9 Mens Misery The Gathering and Cowtown.

A Tonic Of Puffer Fish, 17 sides recorded by Frank Villani and mixed w Vic Steffens at Horizon Music Group, New Haven CT available on our website soon on both vinyl and disc. 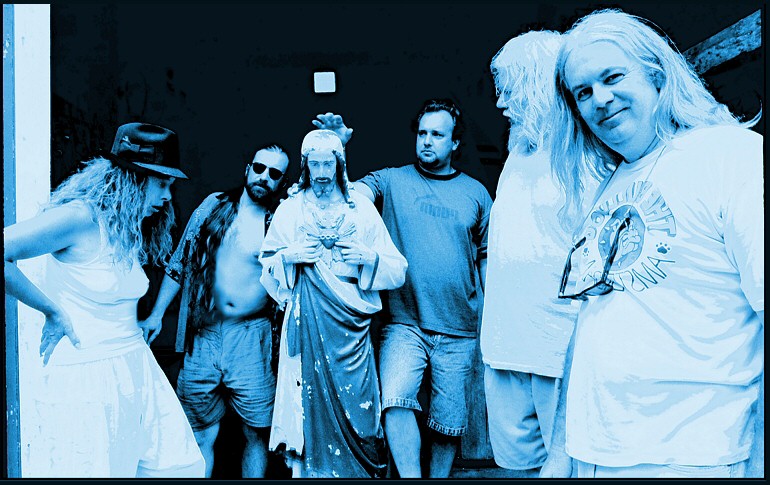 Thanks a lot for your time and effort!

The Cosmic Ray Deflection Society of North America is no longer active. I doubt it survived Katrina, but if anyone out there knows about the Hat, it belongs to Also Aswell, and always comes first.