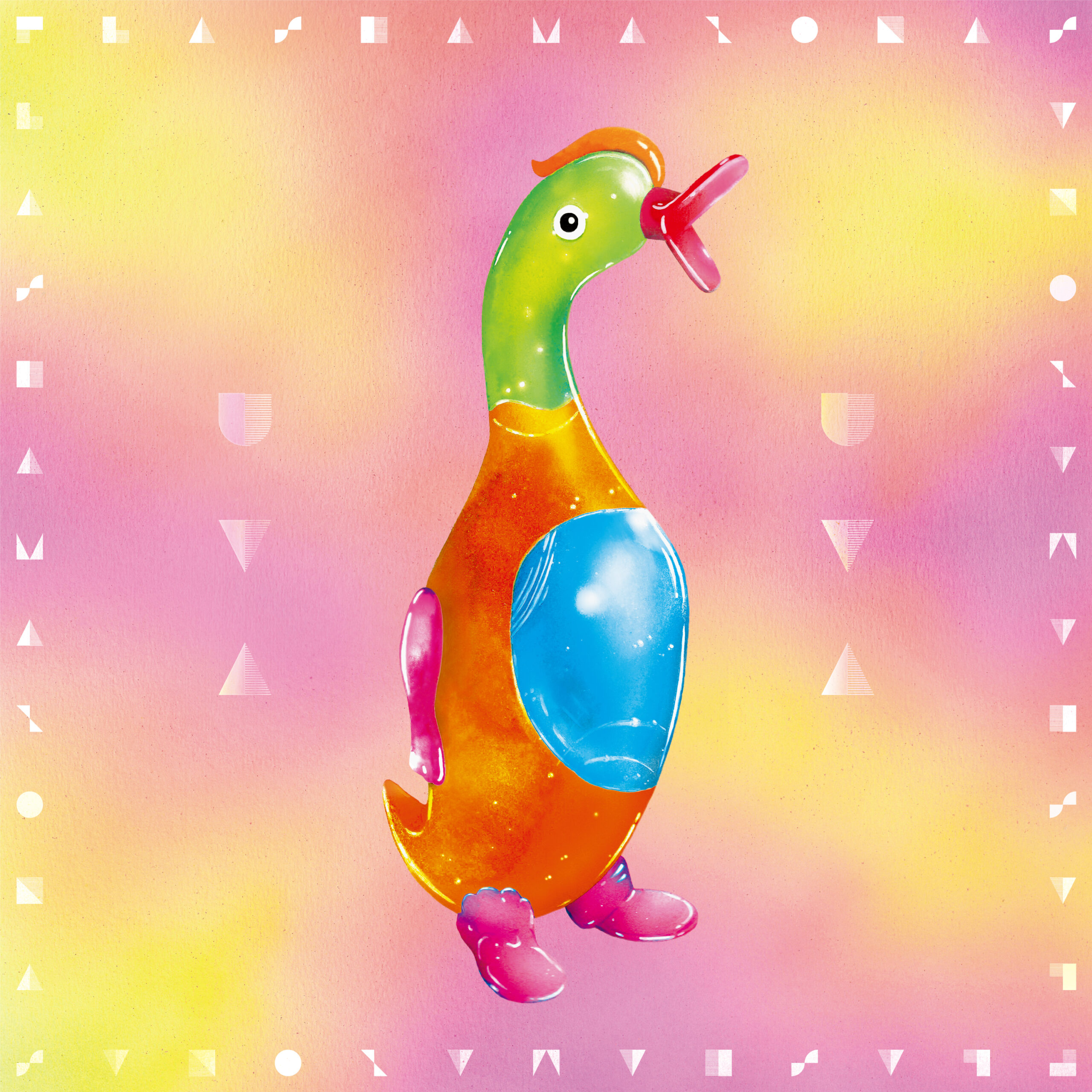 First crossing paths at Red Bull Music Academy in 2015, the story of Julián Mayorga & Ryota Miyake aka Flash Amazonas, is a tale that travels from Montreal, Tokyo, Madrid and Ibagué. After the two-week residency in Montreal, Mayorga and Miyake (Crystal, Sparrows) returned to their respective homes in Madrid and Tokyo with nothing but a wav of wonky futuristic bolero and an old CD-R of Mayorga’s, handed to Miyake on his way to the airport. Two weeks later, the two unknowingly started working on their first record, ‘Binary Birds’ (2019) and later, ‘uva-uva’, a name Mayorga explains is mocking old cheesy, gringo, 60s pop bands in suits and bow ties, singing about love and heartbreak. Uva also means grape in Spanish – “I imagine this album tasting like bubblegum-flavoured grape” says Mayorga.

With highly-stylized pop art visuals, a fierce DIY ethos and an infinitude of wild fictions, Flash Amazonas have all the signs of becoming one of 2020s most fascinating and arcane cult groups. “We don’t behave like a regular band. If you already know what is going to happen at the end, then the material won’t speak to you. When you are open, the material will speak its truth.“