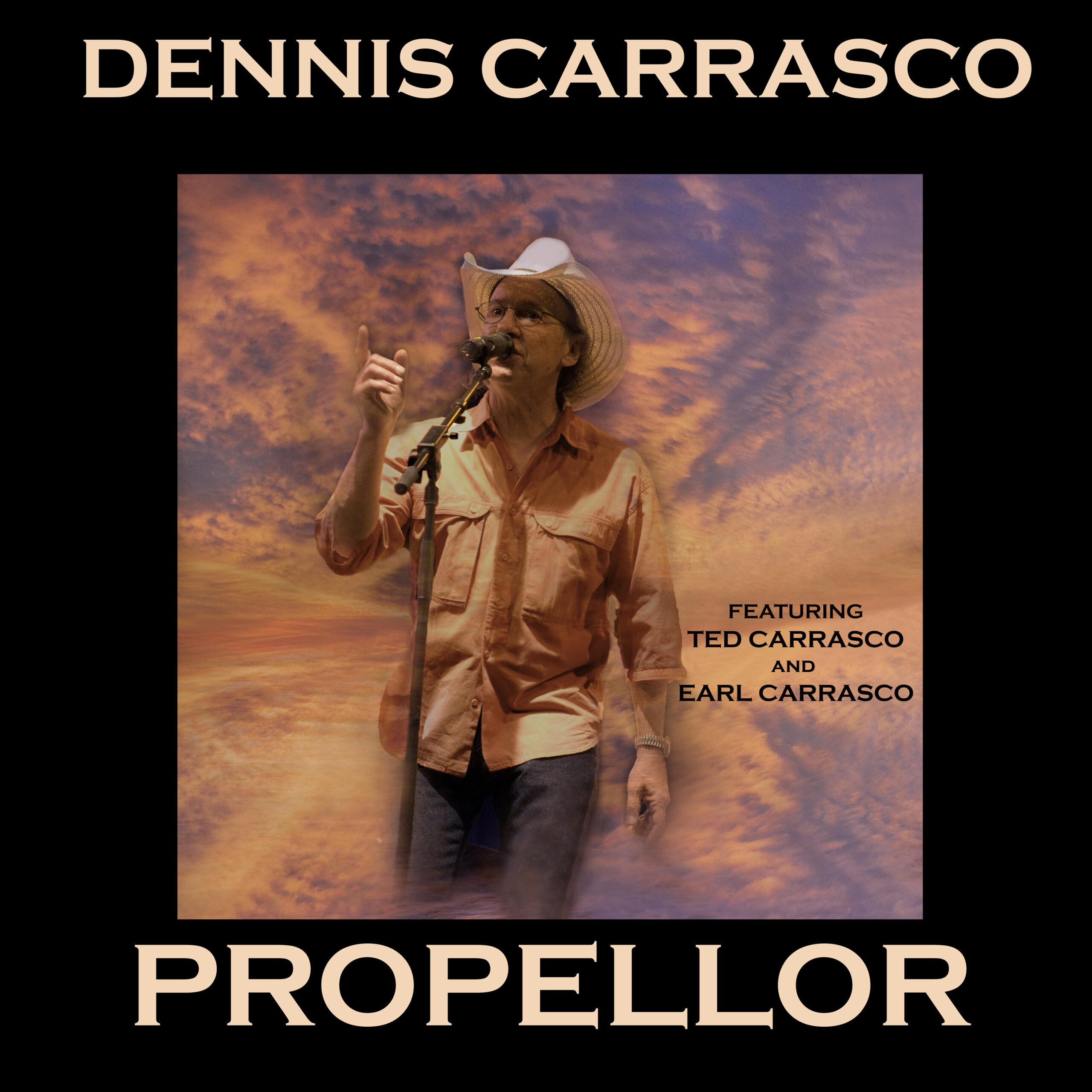 This is Carrasco’s first solo album in an illustrious career stretching back nearly 60 years to his formative years as drummer in cult garage rockers Stained Glass (two albums for Capitol and numerous RCA singles, including ‘My Buddy Sin’ on Rhino’s San Francisco Nuggets compilation).

Carrasco plays rhythm guitar and is ably assisted by a rhythm section consisting of his sons Ted (drums) and Earl (bass) and producer Bruce Turgon on lead guitar. The “Android Sisters” Heidi and Ann Prado add a softer touch to Carrasco’s weather-worn vocals that still deliver the goods. ‘Solid Ground’ is a funky reggae rocker that would do Mr. Marley proud and ‘What I Heard’ is an effective attention-grabber to kick things off in a pleasant pop rock vein.

‘Here With You’ is one of those swaying cuddle-ups that draws anxious lovers to the dance floor for one more end-of-the-night close dance before sneaking off for a secret rendezvous and the emotional vein-popper ‘Give More Than I Take’ adds a gruff Tom Waits vibe to Carrasco’s soulful strutting that proves Mr. Jagger is not the only septuagenarian that can still strut his stuff!

Carrasco brings out his tender side for the south of the border hip swayer ‘Three Sisters- Tu Heres Mi Cielo’ which sounds even better after a few margaritas! ’34 Horses’ kicks up the heels and Teddy Fox’s second lead guitar runs complement Turgon for a ferocious fist pumper, while Fox’s lap steel on ‘Anyway’ turns a potential tears-in-your-beer weeper into a true country classic that’ll have you breaking out your Stetsons and spurs!

Carrasco was inspired to kick start this project five years ago on the heels of RCA’s compilation of the Stained Glass singles and, COVID delays conquered, we have this next chapter in his career that he’s obviously excited to deliver – just listen to his seemingly autobiographical ‘Thunder Bay’ that wraps this wonderful collection.