‘Do You Bongo?’ by Joey Joesph | Interview | Album Premiere 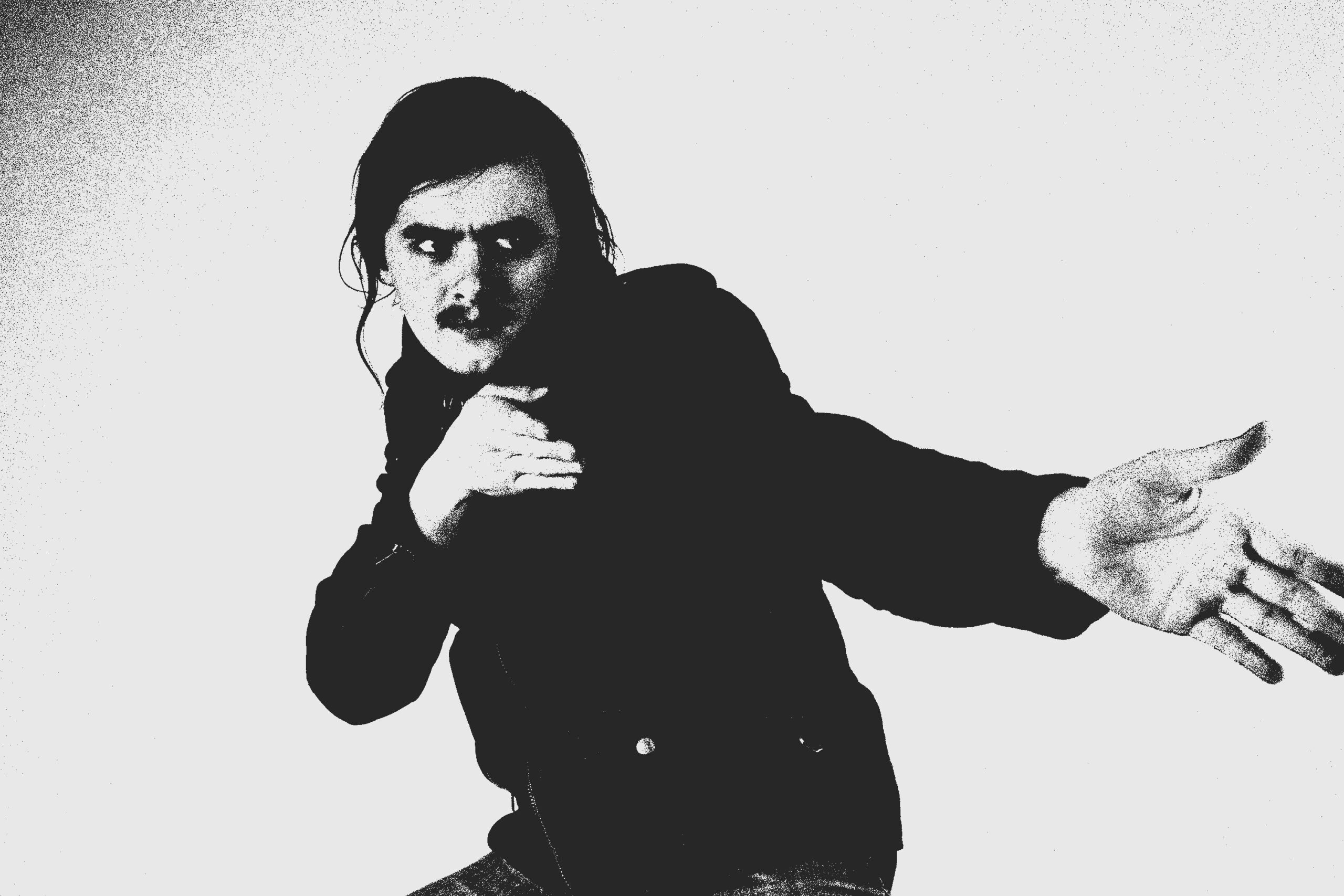 ‘Do You Bongo?’ by Joey Joesph | Interview | Album Premiere

Exclusive album premiere of ‘Do You Bongo?’ by Joey Joesph, out today via Eyebrow Palace.

Joey Joesph (né Cook) is a songwriter, producer, multi-instrumentalist and visual artist based in Cincinnati, Ohio. He makes rock & roll through a lens shaped by Saturday morning cartoons, half-remembered AM pop, and home-recording hero worship. His newest album, ‘Do You Bongo?’ is a celebration of rock & roll, power pop, and post-punk. It’s also a mourning of loved ones lost to the glamor of nefarious, fanatical groups. Do You Bongo? is an anthem (or a record full of anthems) for emotional orphans everywhere. Joey has shared bills with Chastity Belt, Diane Coffee, Clap Your Hands Say Yeah, Islands, Pillar Point and others. In 2020 he released his completely self-recorded cover of the legendary Beach Boys album, ‘Smile’. Joesph also co-founded the psych pop band Pomegranates in 2006, who released five LPs and toured nationally with artists such as Phantogram, Wye Oak, Islands, French Kicks and more.

“In the near future (or a parallel dimension) cults have taken power and the kids are left to fend for themselves. They’ve all formed punk bands to fight the brainwashed adults. They check to see who’s still in their right mind by asking each other, “Do you bongo?”.

“Do you bongo?” is the question and if you’re in your right mind, the answer will be obvious. This anthemic DIY, glam-pop-punk, concept album is an absolute blast from start to finish. With rock-operatic sensibilities that harken back to the ‘60s psychedelic rock era of the Kinks and the Who, Joey Joesph (Joey Cook) has created this throwback album that’s somehow totally and completely right for our time and place.

Cook is a songwriter, producer, multi-instrumentalist, and visual artist based in Cincinnati, Ohio. As a co-founder of the psych-pop band Pomegranates, Joey Joesph already has a prolific and impressive catalog. ‘Do You Bongo?’ takes his home recording ethos to a storied and broken future where maybe–just maybe, music will save the world. In ‘Do You Bongo?’ Cook layers driving bass, gnarly guitar, far-out organs, synths, and keys over groovy beats. But in true retro-futurist fashion in tracks like ‘Apollyon Galore’, he highlights his throwback sounds with added chiptune music and electric drums. In a single track like ‘Kimi Cigarette’ you might hear notes of the Velvet Underground (Kimi Cigarette could easily be Nico), Talking Heads, and even some of the more experimental St. Vincent. By the end of the track, it’s way more Todd Rundgren meets Rocky Horror with ecstatic backing vocals and saxophone /come on and make me/indoctrinated/. ‘Lizzy Says’, for all its fun, glam pop awesomeness is one of the more somber and relatable tracks on the album. Losing his father and mother to narcissistic personality disorder and QAnon respectively, Cook raises a chorus of the similarly orphaned /They’re all emotion/ emotional orphans/ We, we are/ We all are emotional orphans/. Cook is clearly showing us that these cults aren’t some sci-fi/fantasy fiction. They are here and now. Laced through these tracks that so seamlessly veer and dip into different genres, there is a throughline of the plot. You have ‘Bellezebub’ and ‘Apollyon’ both of whom are different names or aspects of the satanic cults that have taken over the world. Listeners are also introduced to the best damn punk band this side of the apocalypse, “The Bongo 3: Kimi Cigarette, resident disco queen on synthesizers; Lizzy Says, a brutal street rat on guitar; and Dottie, the scrappy runt on the drums”.

Cook tells a powerful story through the lens of these characters. Each of The Bongo 3 gets their own song and while Lizzy’s is perhaps the most poignant, ‘Dottie’s Motorbike’ just goes so hard. Damn that track slaps. That is all. Cook’s songwriting, musicianship, and recording artistry are unquestionable. He manages to capture the perfect sound and feel for an album like this. On August 19th face the apocalypse head-on with Joey Joesph’s ‘Do You Bongo?’.

Where did the concept for this concept album come from?

Joey Joesph: A few of the songs had already been in my mind, or demoed in some form for a few years before ‘Do You Bongo?’ took shape. I had been wanting to make a more punk-leaning record, and when it started seeming like fact-based truths stopped mattering in the last few years I found myself feeling kind of angry and confused. I was also getting into a lot of 70’s and 80’s b-movie sci-fi/body horror stuff, and started imagining this video-hell nightmare world, where cults were in control of everything. As I wrote and recorded more, this story began forming in my mind of these three kids who started a band to destroy cult leaders. And then from there it just made sense for this imagined group to be the backing band on the record I was making. It’s always been easier for me to work from the perspective of characters for whatever reason. 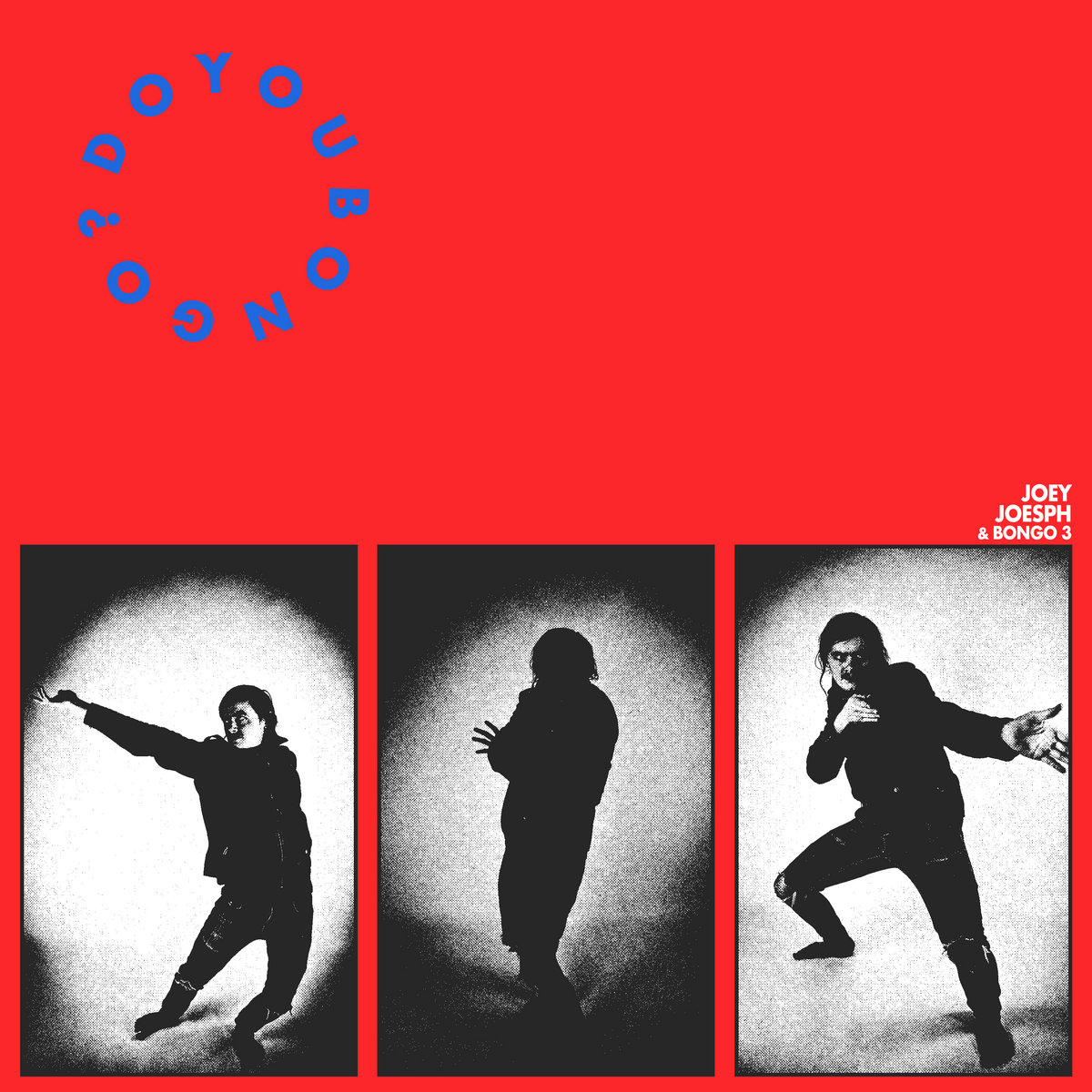 This is a super ambitious project! What was the recording process like?

My recording process hasn’t changed much over the years. I’ll usually have the song pretty fully formed in my mind, and I’ll start by laying down a scratch guitar + vocal with a drum machine track to get the arrangement. Then I’ll record the drums and bass, and build up guitars or keys, or whatever else, and finish with vocals. With a song like ‘Little Brother’, where there are a few different movements, I’ll usually do each section in a separate session in Reaper, and then edit them together. For this album I bounced all my finished mixes to cassette, to get a little more vibe on the recordings. I’m a huge fan of records like ‘We’re Only In It For The Money’ by The Mothers of Invention, or ‘Night Dolls With Hairspra’y by James Ferraro, and I really wanted to play with that patched-together, collage kind of aesthetic on this album.

Who are some of your biggest home recording heroes?

Brianna Kelly, Bailey Miller, Jake Borgemenke, Logan Brown, Linda Smith, Joe Meek, Rose Keeler-Schaffeler, R. Stevie Moore, Wendy Carlos, Emitt Rhodes, John Elliott, Tim Presley, Emily Sprague, Martin Newell, Chris Cohen, Phil Elverum … I could probably go on forever, haha. It’s really interesting to me how broad the spectrum of “home recording” can be. Like, depending on the person’s setup and imagination their recordings can sound super lofi but magical and compelling, or practically indistinguishable from a super expensive, “professional” recording studio. I’ve always said “home-recording” but maybe I’ve always meant “self-recording”, if it’s worth making the distinction. I just love hearing what happens when someone is left to their own devices, to figure out how to use the tools they have to realize what they’re hearing in their head. It’s really exciting to me.

‘Lizzy Says’ is a particularly vulnerable song influenced by the experience of losing your parents to narcissism and cults that unfortunately many of us have experienced (particularly in recent years). Was it cathartic to confront that experience through your music? Have you found common ground with folks who have similar experiences of losing their parents while they’re still alive?

Yeah, it’s really bizarre and sad for sure. I had worked through some of it in counseling, and I think after getting these songs down, and finishing this album I was able to get to a place where I don’t feel as angry as I used to. I think medication has helped with that, too. It seems like a lot of these people were just tricked while they were in vulnerable places. It could happen to anyone, it’s really sad. I just kind of had to reevaluate certain relationships, and figure out what I felt like I needed from them, and how much energy I felt I could afford to give to the relationships. It helped me a lot to understand that I couldn’t change anyone’s mind about anything, nor was it really my responsibility. I can just have gentle, vaguely pleasant, surface-level interactions. Not ideal, but it’s what I can have, and that’s okay with me for now. And then, finding out as an adult that a parent has narcissistic personality disorder was strange for me. In a way it helped explain a lot of the negative experiences throughout my childhood and early adulthood. But it’s a complex thing, and I’m still figuring out how to fully wrap my head around it. In the specific case of my relationship with my dad, I found the best thing for me was to set extremely firm boundaries with him. It was really weird and challenging at first, but things are better now than ever.

But yeah, I think there was something very cathartic about deciding to share some of this stuff in a public way with my art. It’s been really freeing for me to be more vulnerable publicly. I get that it’s not for everyone, and may not always be for me, but it’s been really good lately.

What were your favorite Saturday morning cartoons growing up? What are you watching now that you find inspirational?

I remember watching Captain Planet and Swamp Thing, TMNT of course. Danger Mouse was a favorite, and David The Gnome. I remember one called Noozles, about a girl named Sandy I think, and her magic koala friends Blinky and Pinky, who had a magic compact or something haha lots of flying around on rainbows in outer space and that kind of thing… It was pretty surreal and wild, and I think it had a big impact on my psyche as a kid. The cartoon I watch the most these days is Adventure Time, I think for the same reasons – it feels like anything can happen, and the writers or creators are just tapping into some deep, weird imagination stuff that’s really exciting and inspiring to me. Same with Videodrome, which I saw for the first time a couple years ago. Obviously not a cartoon, but just so wild and exciting. I think the movie that had the biggest impact on me recently was Mandy by Panos Cosmatos. Again, not a cartoon, but it really inspired me to, with everything I make, try to make it as extremely and purely as I can. To not hold back on anything. To just take every idea as far as I can take it.

I have to ask…do you bongo?