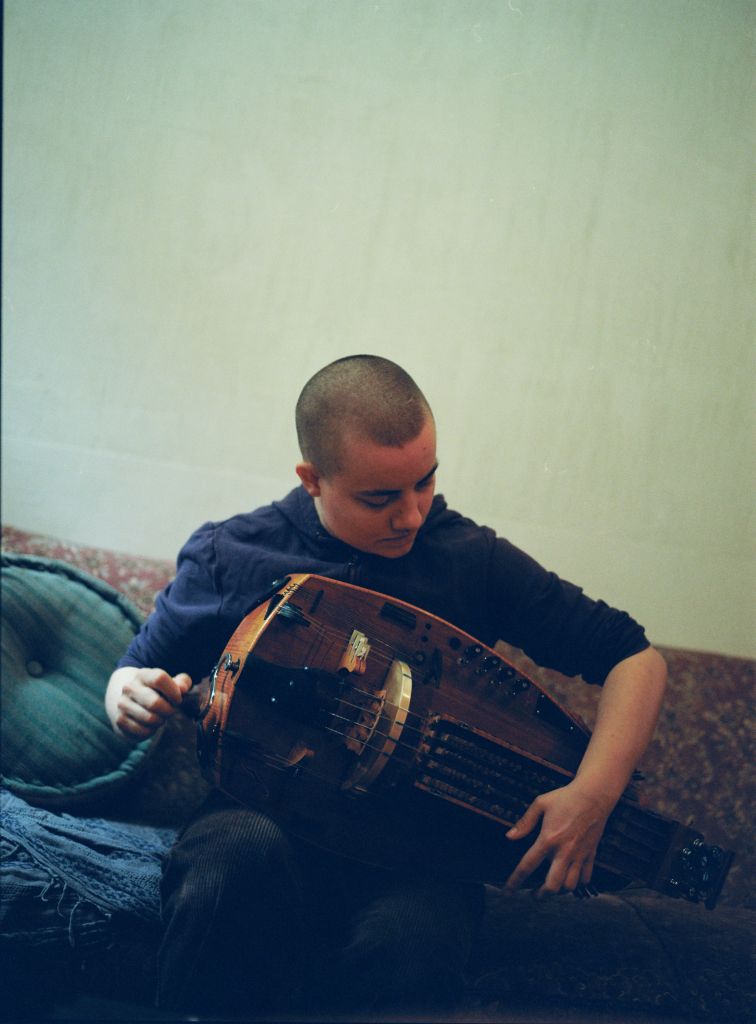 Lise Barkas is a Strasburg-based hurdy-gurdy- and bagpipes player. She plays new ancient music, at its most interesting when she uses loud and high-pitched sounds, overtones, drones and extended techniques.

Lise Barkas: The sound of the hurdy-gurdy caught my attention in the music of a band I was listening to, so I searched for what it was and re-discovered this instrument I had seen and heard on a few occasions in my childhood. I was not yet a musician and didn’t have the concepts to fully understand and precisely describe what felt so striking about its sound, so playing it was a bit like investigating that. Then I became interested in the bagpipes for a lot of the same reasons, the effect that the drones and the loud and high-pitched sound seemed to have on my senses and the spaces it was played in.

Why did you choose these “old” instruments? Do you feel like, when you play instruments like these, that you carry the history of the instrument with you, that you step into a tradition? Is there a link to folk for you? Do you think you play folk music?

The fact that these were traditional instruments did not really matter in my choice to play them, but through them I learned about the music and the dances associated with them, and I took somewhat of a part in a scene centered around traditional music from central France. What I gathered from this music is a part of the different things that I put in my playing, so it is meaningful in a way, even though I don’t feel like I can describe what I am doing as folk music. Now I see the hurdy-gurdy and bagpipes as interesting machines whose properties and mechanisms can be used in many personal ways inside or outside the idea of tradition. I guess even if I played these instruments in the least traditional way possible their presence and sound would still evoke traditional music to the listener, whatever that means to them.

How did you learn to play these instruments? Did you have formal training?

I had a teacher in Strasbourg who lived the French folk “revival” in the 70s. She taught me how to play the hurdy-gurdy and then her husband did the same with the bagpipes. They tried to make me understand a bit of basic music theory but I did better learning from ear, which is not an uncommon way of learning music with these instruments. From then I attended a few workshops with different teachers and still do from time to time.

When you play solo, you sometimes use unusual ways to play your instrument. Do you see this as a form of “extended technique”?

Yes, when I discovered the term “extended techniques” I found it applied. For example, the techniques described for other reed instruments seemed equivalent to some things I was exploring on the bagpipes.

You live and work in Strasbourg. Are you part of a Strasbourg scene?

I currently work with the micro record label Soleils Bleus created by Quentin Richter and Zoe Heselton who are also fellow musicians, editing records mostly for local artists and friends. I’ve spent five years organizing concerts in an alternative music venue along with many other local musicians and artists. This and the label allowed many fertile connections between us and different musical and artistic scenes in Strasbourg, but also at a larger scale.