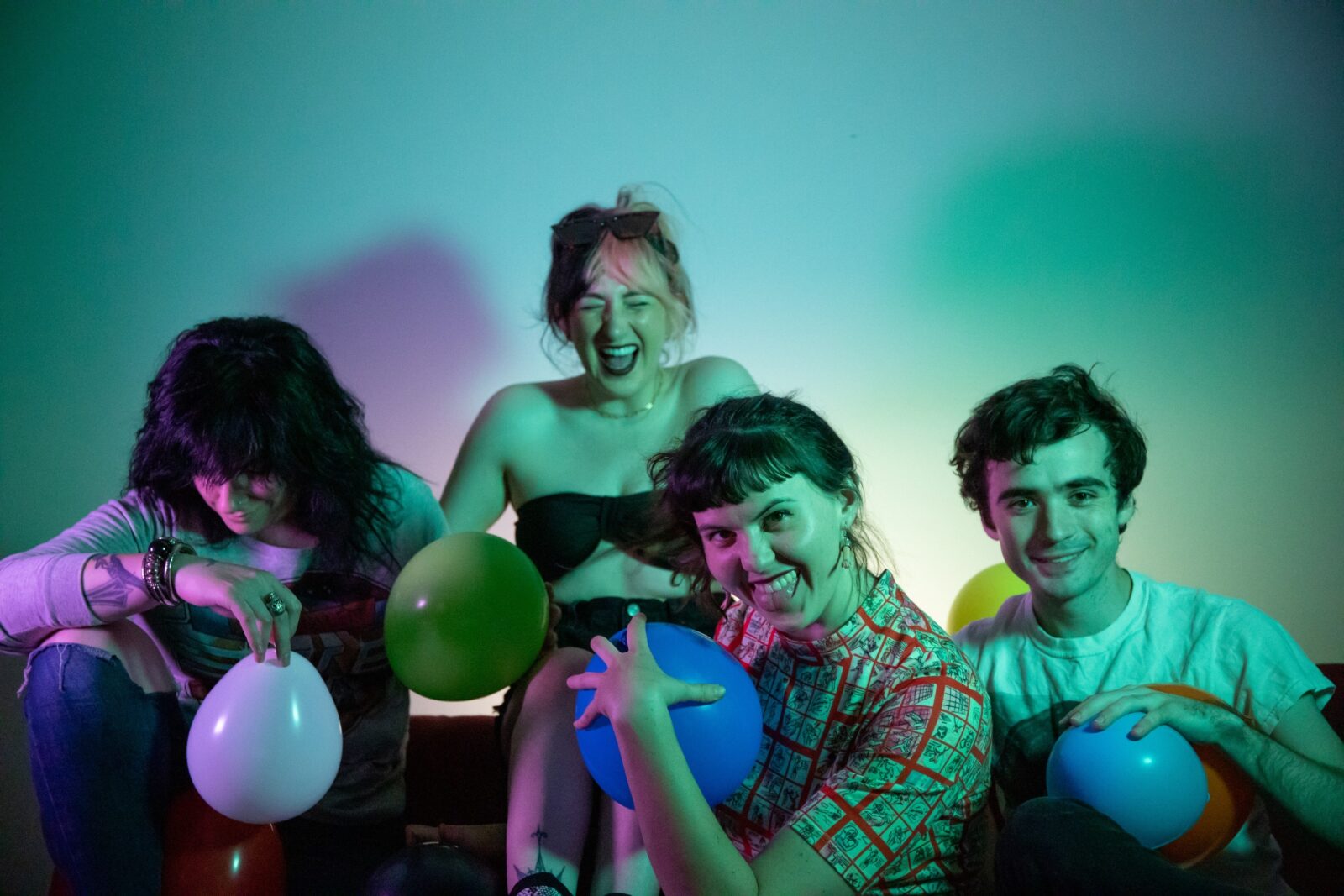 The band takes us on a wild ride once again with a sound as fun and vibrant as they are. The accompanying video also helps to set the tone for the piece as we see the spirit of Strange Neighbors come alive. ​’​Window Watching​’​ is a playful and dreamy tune that sets the group apart. And we mean that in a good way.

Here is a song that deserves to be played as loudly as possible. Whether that volume helps to drown out the screech of the train brakes at each subway stop, or more commonly just a wonderful thing to have on a car’s stereo system, everything here has a calculated chaos to it and we’re living for it.​ ​From the very first note the song wastes no time getting started. The song builds itself up into a sense of true joy. Bright, brilliant bursts of noise help to punctuate the entirety of the piece drawing you in.

Strange Neighbors first unleashed their jangly power pop onto the New York scene in 2018.​ ​Founded by vocalist Aidan and drummer Tracey, they soon brought guitarist Zach into the mix through a Facebook ad. It remains one of the three all-time positive outcomes of social media.​ ​After a few early singles and some lineup changes, the band br​​ought along bassist Dana to record their debut album ‘How to Human’ in early 2019.​ ​Taking influence from the power pop and pop punk of the band’s youth, the album’s eight songs are characterized by sparkling guitars, intricate bass lines, rock solid beats and impassioned vocals, a mix of the old and new.​ ​​The band followed up with the ‘Illuminasti’ EP in 2020 and marked their live comeback as a live act with the single ‘Mystic Piers’ in July of 2021. They have continued recording, writing and performing into 2022.​ ​Since their formation, Strange Neighbors have played at popular New York City haunts like Piano’s, The Bitter End, Arlene’s Grocery, Mercury Lounge, Knitting Factory, and more.​ ​2022 is about to be a wild ride for the band who are kicking things off with a bang. Our ears are eager to hear what they come up with next!

Aidan: “There are two types of people in this world: those who relate to Window Watching, and liars.”

Dana: “Zach brought ‘Window Watching’ to practice one day, and I bought a cowbell that very night! This song rocks and the cowbell in this song “chef’s kiss”. To me ‘Window Watching’ has everything a great rock song needs, cheeky lyrics, a sexy guitar and bass riff, perfect breaks, and a beat that compels you to shake your butt like Billy Ray Cyrus in those tight blue jeans circa ‘Achy Breaky Heart.’ I think I listened to the crackly first practice recording on repeat because I was so excited for this song, and it is one of my favorites to play live.”

Zach: “Who hasn’t been incredibly bored or lonely or both in the past two years? ‘Window Watching’ was super collaborative, as all of our tunes have been. I think I brought the basic layout of the tune, but then everybody added their own bits to make it what it is. Thanks to Dana for the riff, because originally we were just using the riff from a much more famous song as a placeholder, and I’m sure Roy Orbison’s copyright lawyers would not love that. Thanks to Tracey for the cowbell, and thanks to Aidan for the idea to put it on the off beats during the outro, which is my favorite element of the song. We spent a lot of time getting that fuzz tone correct when recording it, and I think our producer, Mike, just ended up using a Fender Champ turned up all the way, which the whole neighborhood must not have liked. Or maybe they did! I hope you do.”

Tracey: This is a Zach original and like every collaborative Strange Neighbors endeavor, I came up with my drum parts after hearing the guitar parts he brought into the studio. I instinctively knew what belonged where for each part and helped to round out the sound for this straight up, pop rock ear candy.