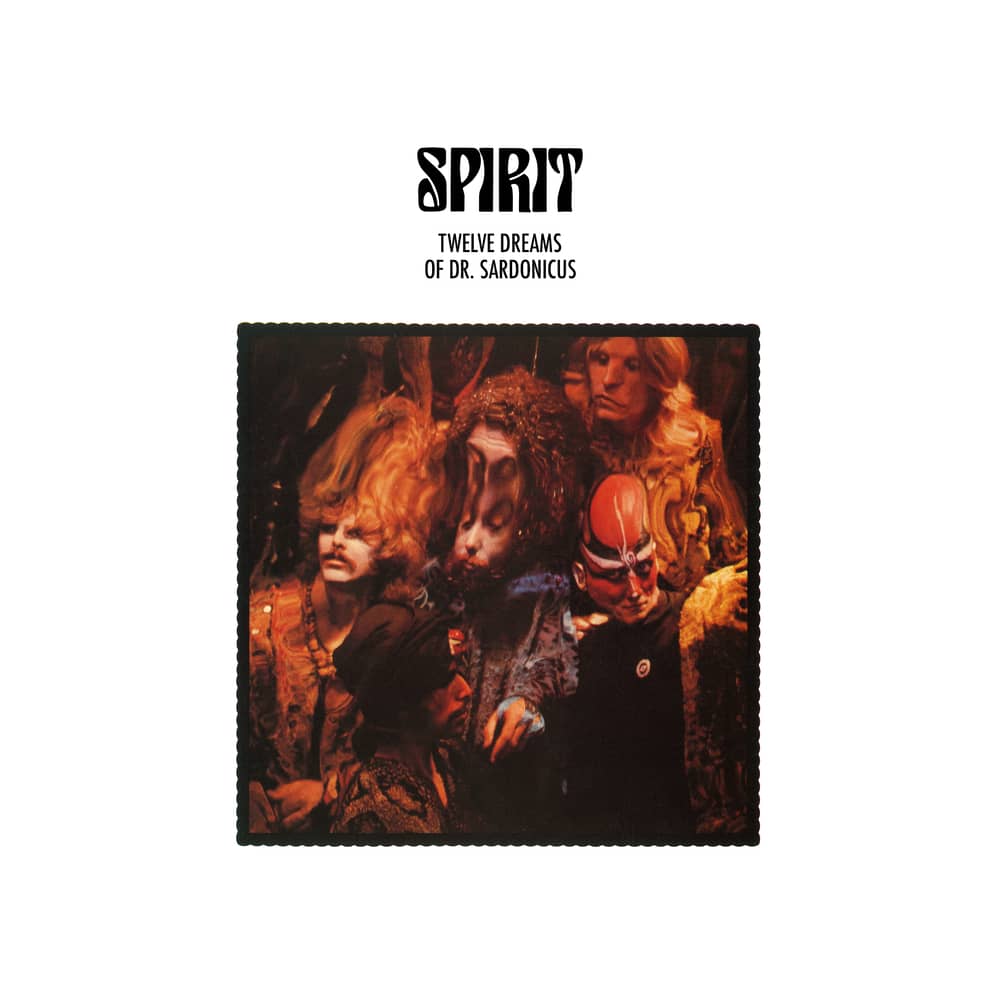 The quality of songs and performances on ‘Twelve Dreams’, however, has long been recognized as the group’s finest hour, eventually achieving platinum record status and gaining recognition as one of the finest rock albums ever recorded. Cherry Red Records has reissued the album on its Esoteric Recordings imprint, adding nine studio tracks and eighteen live performances as bonus material on its new two disc deluxe edition.

Disc one begins with the twelve tracks comprising the original album. The first tune, a medley, begins with a steel guitar and vocal track fittingly titled ‘Prelude’, which sets the tone and mood of the long player with its lyrics, “you have the world at your fingertips, no one can make it better than you, you have the world at your fingertips, but see what you’ve done to the rain and the sun, so many changes have all just begun to reap, I know you’re asleep, wake up”. The gentle opening segues into ‘Nothin’ To Hide’, a showcase for California’s guitar prowess and the album’s social commentary, “swastika plug in your wear, jealous stars in your pants, top turning nothing to bear, except the view or the dare”. California employs echoplex and other effects flawlessly, adding carefully crafted slide guitar, with feedback darting from channel to channel as the tune drives to a close. ‘Nature’s Way’, has a gorgeous melody of acoustic and electric guitars which fit perfectly with its sentiment, “it’s nature’s way of receiving you, it’s nature’s way of retrieving you, it’s nature’s way of telling you, something’s wrong”. ‘Animal Zoo’ is a beautiful composition, with California’s guitar, Mark Andes’ bass and Locke’s piano to the fore, Locke’s piano interlude adding to the tune’s observation on mankind, “oh no, something went wrong, well you’re much too fat and a little too long”. ‘Love Will Find A Way’ offers a hopeful outlook with Locke’s Moog and Cassidy’s vibes complimenting California’s delicately echoed, feedback laden guitar. ‘Why Can’t I Be Free’ has gentle, whispered vocals and understated guitar. The funky ‘Mr. Skin’ is a tongue in cheek take on California’s nickname for his stepfather, Cassidy, mixed with sexual innuendo and a gorgeous horn arrangement by David Blumberg. The fittingly titled ‘Space Child’ is a piano and organ led instrumental with subtle feedback. ‘When I Touch You’ is a space rocker, with heavy, yet subdued electric guitar. ‘Street Worm’ features a piano intro with California’s lead line picking up steam as the song races to a close. ‘Live Has Just Begun’ combines acoustic guitar with a heavily echoed chant of the song’s title. ‘Morning Will Come’, by contrast, is an electric number with horns accenting its lyrics of hope, “please don’t be late, don’t hesitate, because in a while, the morning will come, yes the morning will come”. The piano driven ‘Soldier’ features Locke’s pipe organ regally joining its introspective closing melancholy vocals, “you have the world at your fingertips, no one can make it better than you” bringing the album full circle and reminding the listener where responsibility for the future of humanity lies. The bonus material begins with the folk rockish ‘Rougher Road’ which mixes its acoustic intro with an understated electric lead line. ‘Dirty Dan’ is an instrumental showcasing Locke’s keyboard work. Mono single mixes of ‘Animal Zoo’ and ‘Morning Will Come’ follow. ‘Red Light Roll On’ is light hearted with boogie woogie piano and two California solos, which became the b-side of ‘Animal Zoo’. Backing tracks of ‘Love Has Found A Way’ and ‘Street Worm’ are followed by a rehearsal take of ‘When I Touch You’. ‘Walking On My Feet’ is an acoustic track featuring Locke on drums. The disc closer, is a previously unreleased, acoustic live performance of California’s ‘Nature’s Way’ recorded at the Fillmore West on May 16th, 1970, the day he wrote it, which he tells the audience while introducing the number.

Disc two consists of seventeen previously unreleased live recordings, all but one from the previously mentioned Fillmore West live show, presented largely for historical purposes as technical issues sadly plagued all attempts at capturing the original quintet in concert. Sonically, the twelve and a half minute take on ‘Mechanical World’ stands out, and is the only non-Fillmore recording on the set, taken from an October 11, 1969 gig at The Boston Tea Party. The tune begins with a full five minute drum solo by Ed Cassidy before Locke’s organ leads the band into the fray with California’s guitar soaring over Ferguson’s growling vocals. Following a California solo the band changes tempo effortlessly, slowing before the guitarist returns, his guitar roaring as the song draws to a close. The disc itself opens with the keyboard driven ‘Sweet Stella Baby’ and a booming take on ‘1984’ featuring Andes’ thundering bass line and wah wah work by California. ‘Country Echo’ has a country vibe and echoplex effects as the title implies. Fan favorites ‘Fresh Garbage’ and ‘Dark Eyed Woman’ are given nice workouts which obviously have had great care given in their aural presentation. Also included are Spirit concert constants of the day ‘It Shall Be’, ‘I’m Truckin’, ‘Ice’, ‘Fog’ and ‘So Little Time To Fly’. The performances are impressive and despite all impediments Spirit curator Mick Skidmore brings out the best in the takes. Besides the previously mentioned ‘Nature’s Way’ three other tracks from ‘Twelve Dreams’ are included in early versions, a California guitar dominated ‘Nothing To Hide’ (sic) recorded before its introductory ‘Prelude had been composed’, a restrained version of ‘Mr. Skin’ with Locke’s organ and California’s guitar front and center, and ‘Animal Zoo’, which suffer from somewhat muddy audio but offer great insight into the songbuilding of the ‘Twelve Dreams Of Dr. Sardonicus’ LP. Rocking versions of fan favorites ‘Dark Eyed Woman’ and ‘Uncle Jack’ close out the set.

‘The Twelve Dreams Of Dr. Sardonicus-Deluxe Edition’ comes in a tri-fold digipak and includes a 24 page full color booklet with full track listings and credits, an extensive essay by Mick Skidmore and many photos related to the album. Much credit is due to Spirit curator Mick Skidmore for the tender loving care given this release, especially the incredible job he did in mastering the sound of not only the unreleased studio and live tracks but to the original album itself which sounds better than even the outstanding 1996 reissue, a tall order indeed. This release will appeal to fans of Spirit, psychedelic rock, classic rock and rock music in general and comes most highly recommended.