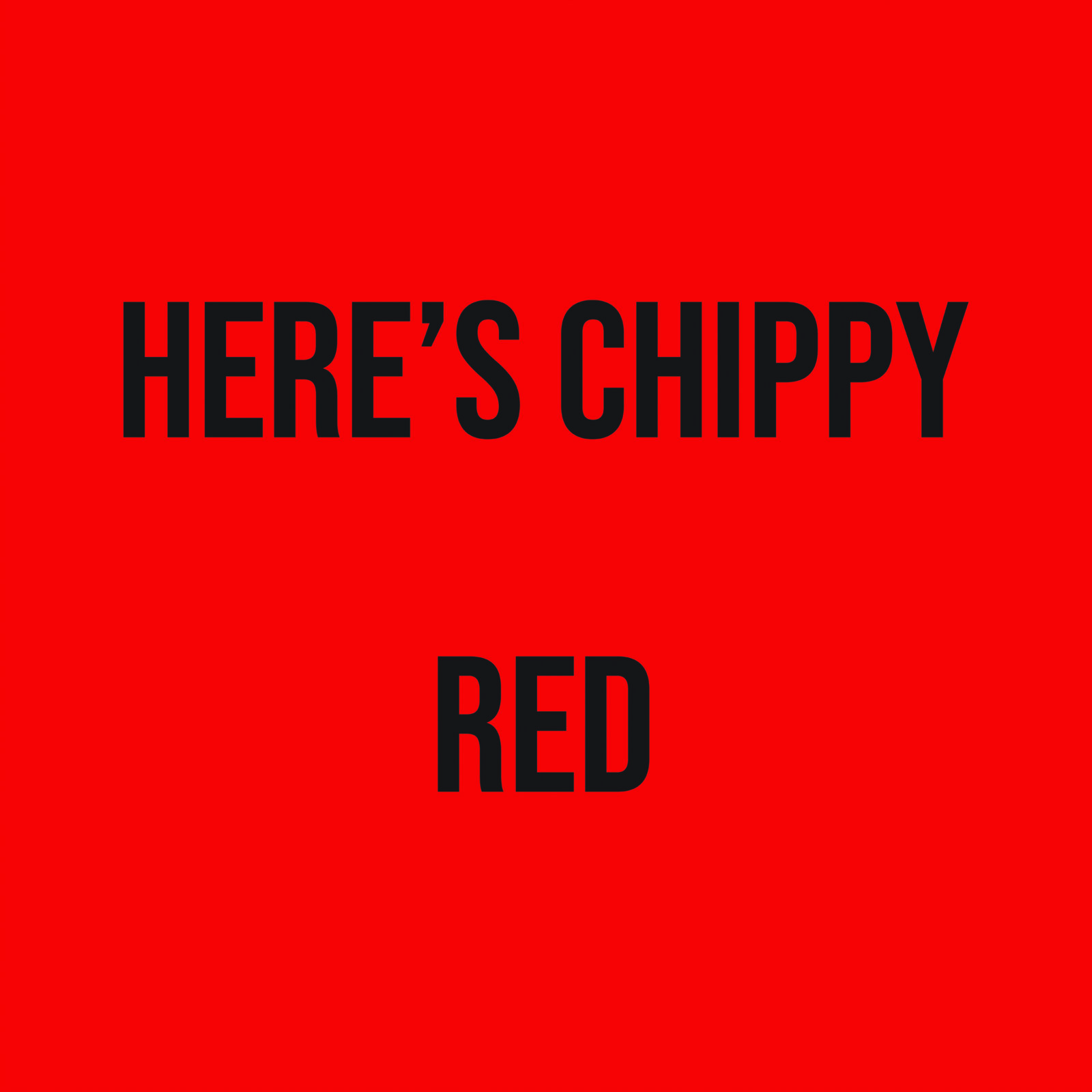 Like most kids coming of age in the sixties, Chip Muellemann was bitten by the rock and roll bug. But rather than remain strictly a spectator and consumer of the music, Chip picked up a guitar and began playing in bands.

Having spent the next few decades gigging with various groups, the Park City, Illinois based singer, songwriter and multi-versed instrumentalist launched a solo career several years ago. Adopting the appellation Here’s Chippy, he has just released ‘Red’, which reins in as his seventh studio album and is available in digital format.

Shivering with volume and weight, the twelve track collection takes listeners on a rambunctious ride of straight on rock and roll. Blunt and brash, ‘Red’ isn’t the least bit fancy, faddish or pretentious.

Stuffed to maximum capacity with bruised and battered electric guitars, aggressive drumming and explosions of compact jamming, the residue of bands such as Mountain, Black Pearl and Grand Funk Railroad linger on, while a metallic power pop edge a la Cheap Trick also creeps into the material. As a weird – yet appealing – contrast, Chip’s rather aloof vocals could pass for a punky Joe Walsh.

Creative lyrics, etched with honesty and insight, additionally represent the songs on the album. Expressing disappointment at all the crap going on in the world today, ‘Lift Me Up’ looks to God for strength, where humor arises on ‘Hi Michelle’, which recounts running into an ex-girlfriend at the grocery store, as well as ‘Waiting Around’ that should strike a chord with those who have experienced dying of boredom while waiting for someone to do their shopping.

Engulfed in heavy rhythms, steely hooks and those trademark groaning guitars, ‘Cry Me A River’ registers as another stand out cut on ‘Red’, along with ‘Life On Low’, which addresses the challenges of growing older, and ‘A Sailor’s Life’ that shares the fantasy of living a life at sea.

Intended to be enjoyed at top decibels, ‘Red’ is a breath of fresh air at a time when a lot of music seems to be too self-conscious and over produced. Crank these tunes and rock on!