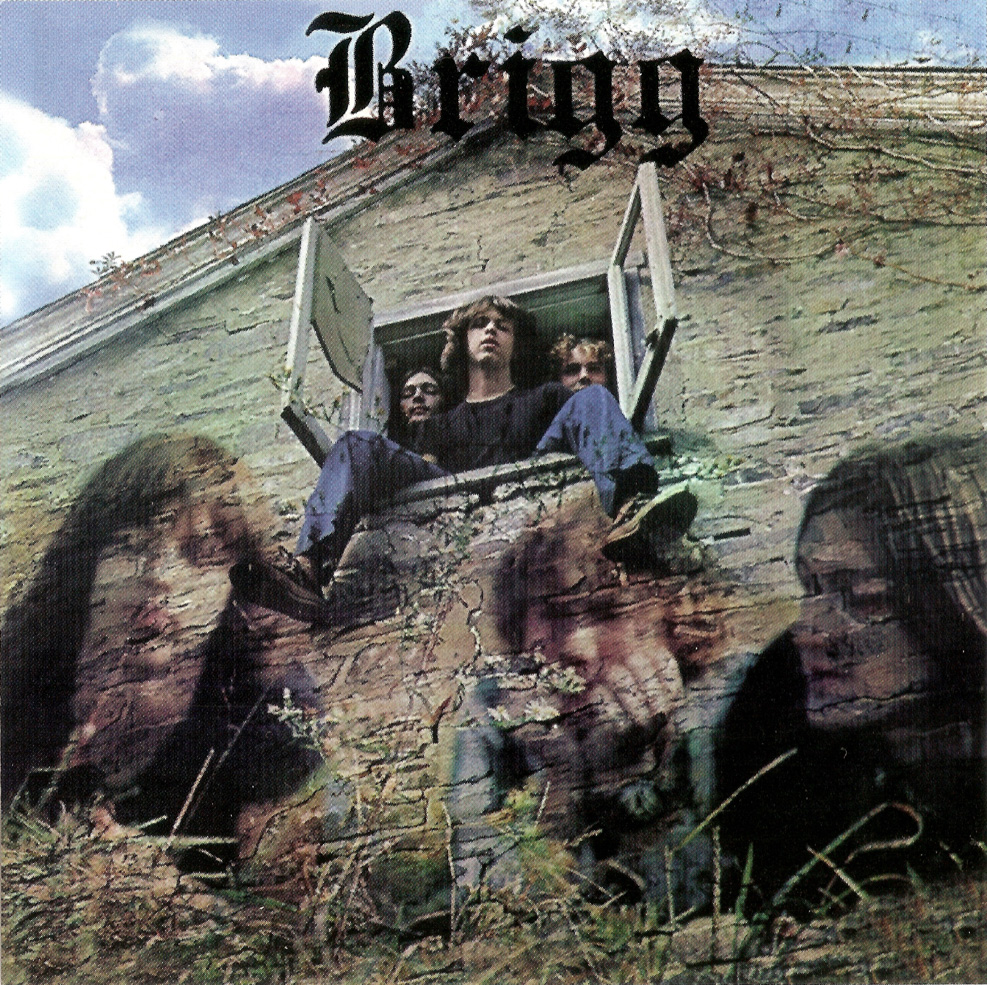 After years of being bootlegged to death, ‘Brigg’ is finally available as a legitimate reissue. Originally released in the autumn of 1973 on the Susquehanna Sound Productions label, the album was conceived by a trio of childhood friends based in Danville, Pennsylvania.

Limited copies of ‘Brigg’ were pressed and swiftly disappeared from sight. But in certain collectors circles, the album has obtained serious praise and fetches quite a hefty price tag.

Possessing the polar extremities of rousing hard rockers and minimalistically arranged folk flavored numbers, ‘Brigg’ proves to be both interesting and innovative. Not created for commercial gain, the band’s independent spirit is enthusiastically celebrated, and that alone calls for applause.

Drawing from the heavy rock pool, there’s ‘Hey Mister’ that rattles and rumbles with smoking riffs and washes of twirling keyboards crackling with intensity. The influence of Deep Purple and Uriah Heep is not lost on this song, which was wisely selected to kickstart the album. A taunting vocal, punctured with a growl, along with a pinching hook, a wickedly wailing guitar solo and a bit of a boogie beat are the factors guiding ‘If Only You Could See Me Now’, where ‘Took It Away’ operates at a crushing groove and seals the session with an explosion of military styled drumming.

Brigg’s softer material serves to be equally inspiring. The dreamlike distorted drone of ‘Universe’ turns the clock back to the days of psychedelic exploration, and ‘The War Is Over’ is a haunting piano-led sentiment. Unconventionally structured and peppered with the whistling toot of a flute, the moody ‘Linda’ glides in as another noted cut on ‘Brigg’, as well as the chillingly gorgeous ‘New Found Rain’, which sparkles and shines with strummy chords, heart-warming melodies and homespun choruses.

Although ‘Brigg’ was to be the band’s only album, they eventually went on to achieve mainstream success as Hybrid Ice, and nabbed a hit single in 1982 with ‘Magdelene’. Wrapped in ravishing harmonies and glossy textures and layers, the powerful neo-prog rock piece came to the attention of Boston, and was covered on their 1994 ‘Walk On’ album. But returning to ‘Brigg’, here’s an effort that really didn’t resemble anything else going on at the time. The band’s raw energy, partnered with their non-traditional take on folk music is simply mesmerizing.