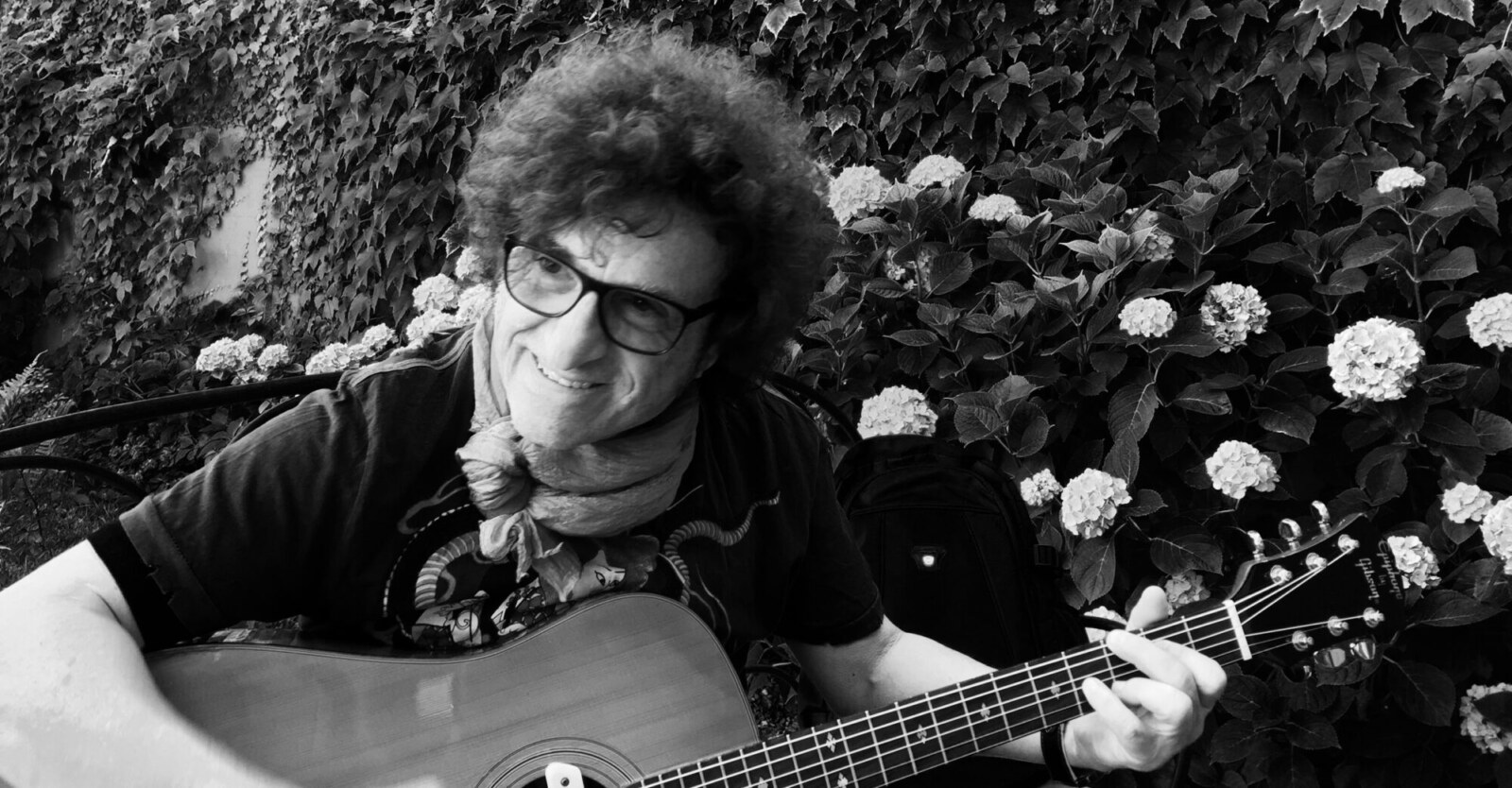 Conceived and recorded over a few years with outstanding musicians and special guests, Bernardo Lanzettiʼs new work is presented as a collection of musical episodes that sail from progressive rock to vanguard. Eight songs in English, two lyrics written by friend Peter Jack Marmot, wordsmith and coach manager between London and Marbella, plus an Italian text for the song ‘Ero un num Ero’, built on an elementary and random numerical progression as if to point out that the so-called “inspiration”, at times, can only be a fairy tale to deceive the unwary listener. Without exaggerating or forcibly imposing his vocal range exceeding three octaves, the vocalist makes available the complete range of his voice, including the one processed by his Glovox device and those written for a choir that, in ‘Different’, move on articulated bars, always different in their division and imperceptibly delusional succession. In the album, passion, detached nostalgia, fury and irony unfold track after track with a mix of sounds that are as unpredictable as they are effective: David Jackson’s baritone sax replacing the double bass in ‘Lanzhaiku’ or Tony Levin’s unmistakable stick in ‘Heck Jack’. The pressing guitars of Marco Colombo in ‘Genial’ where not even Andalusia is neglected or those of Andrea Cervetto, excitingly painful in the desperate appeal of ‘Walk Away’, which finds Tony Franklin’s precise fretless bass and, in contrast, the hectic synth of Derek Sherinian and the poignant violin of David Cross. Alternating solid and frantic episodes, Jonathan Moverʼs drumming stands out on four strong selected tracks. With more than 120 songs already published to his credit, Bernardo also celebrates his being an author/composer with this new album where almost everything, including the artwork, is due to his talent and attitude. Including the above mentioned special guests, in all 19 musicians and a choir of 7 from Italy, UK, USA and Spain, numerous sound engineers and the careful and patient work of the producer Dario Mazzoli, make this work precious and unique.

“I felt free to explore other genres”

You have a brand new album out, ‘Horizontal Rain’. What’s the story behind it?

Bernardo Lanzetti: In 2013, I celebrated my first four decades in music with ‘Vox 40 – Forty Years of Voice Impossible’, a unique live concert recorded on CD/DVD, with 29 musicians on stage, providing a sort of an anthology with the highlights of my previous raids across the Prog Land. After that, I was ready to start all over from scratch and the idea of a new solo album did grow quite strong even though, along the way, I had to put some extra energy into ‘A New Chant’ (2017), Acqua Fragile 3rd album.

The album itself is very complex. What was the creative process?

There are a few tracks with a common denominator, actually, odd beat signature [please do know that when dealing with “odd timing” it might sound quite difficult to play the thing but if you are actually the one who wrote those lines, well, it will all come to you so very natural…] either 7/4 or 11/4. Those being the hard core of the album along with a couple more with a different approach to the 3/4 that keeps me miles away from the well known waltz. Working around those, I had the opportunity and honor to call on board some of the big names… that was important for the overall sound. I grew more and more confident and felt free to explore other genres just for fun or rebellion. Where ‘Genial’ sounds like an electric guitar rock classic, ‘Ero un num Ero’ is quite simple but very experimental as written after a sole, random, numeric progression, leading just one of my fingers, bar by bar, across the first eight frets of an open tuned guitar, calling number one when strumming the instrument free. 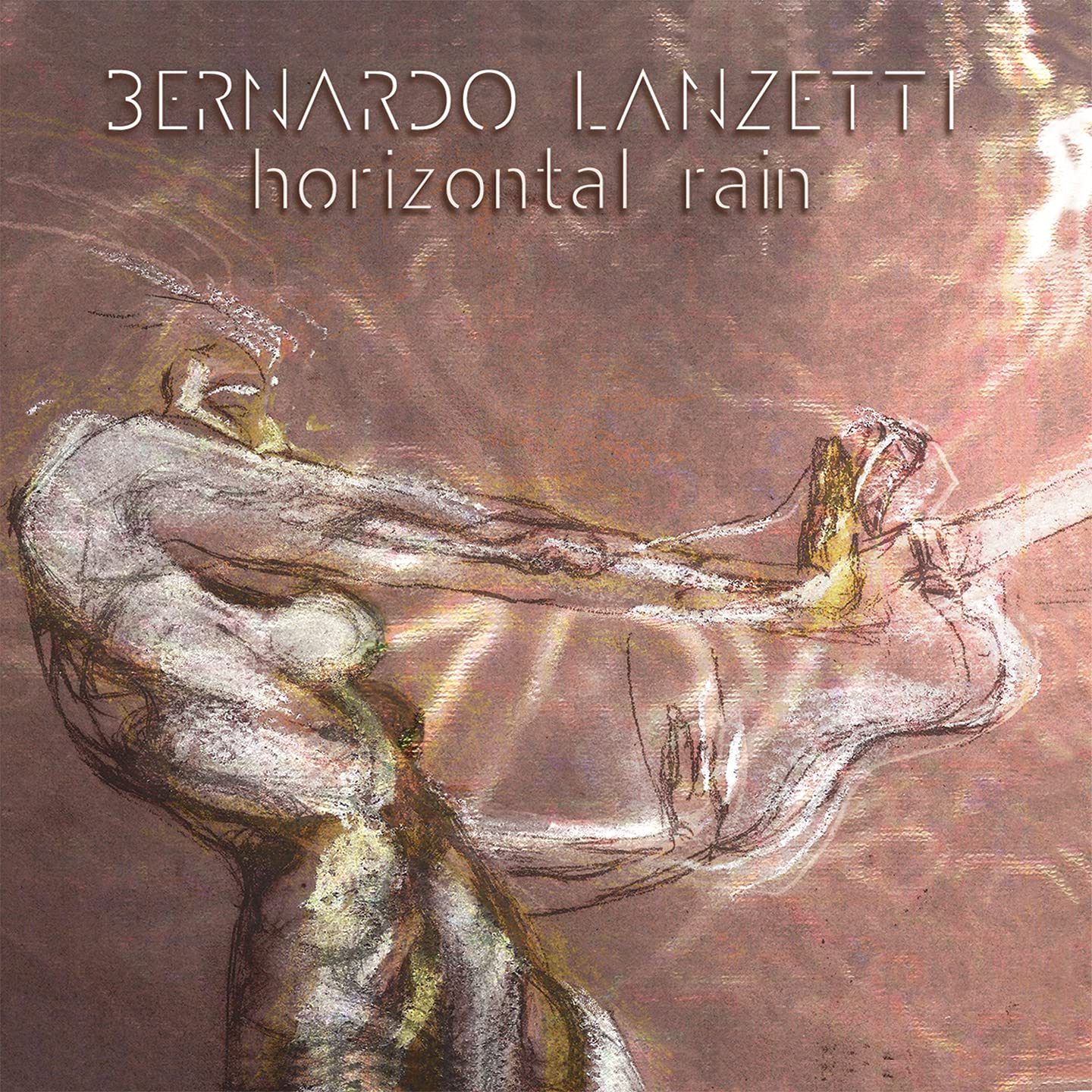 Several songs were written by Peter Jack Marmot. How did you start collaborating?

I met Peter, a Londoner spending much time in Marbella, over my winters, in Spain. Formerly a coach manager and a wordsmith, he shares with me a great admiration for Bob Dylan though we didn’t bother him when creating ‘Heck Jack’ and ‘Genial’…

The lineup of musicians that plays on the album is truly stunning. Was there a particular way of choosing them? Would you mind telling us who all are part of the album?

Previously, I had worked with David Jackson and David Cross, mostly on stage but, I was thrilled when they jumped on the recording. I knew Jackson couldn’t resist when asked to replace the upright bass with his bigger sax and mess around ‘Lanzhaiku’ with all his woodwinds and flutes. Cross wiped me out on the ending of ‘Walk Away’. I had drummer and friend Jonathan Mover (Joe Satriani, Marillion and GTR) on some of my previous works but, here, he was really important, not only for his solid, creative and intelligent drumming but also for contacting a few other names, Tony Levin on top of the list. From Italy, guitarists Andrea Cervetto and Marco Colombo, are well used to to put some order and common sense in my crazy writing for their instrument. I’d like to mention Kim Chandler (Uriah Heep and Orchestra, live) voice coach and one of the finest vocalists I know that I was so lucky to meet on a jam session along with cellist Alesia Baltach. Producer Dario Mazzoli not only played bass on one track but also wanted real sax and brass on ‘Heck Jack’ so the best section in Milan was called up to do the job and so on… Please, check out all the other musicians in the album credits.

There’s a certain concept you were trying to achieve. Would you mind explaining the story of the album …

About four years ago, I came across two words: “Horizontal Rain” and just loved the sound and the odd perspective. When first hit by that 90° twisted rain, you just can’t believe it as it does not make sense. Then, you fight or run for shelter still in full disorientation… “Horizontal Rain” symbolizes any, sudden, quasi illogical event catching you by surprise, no matter how well you are trained. My artwork, on the CD cover, portrays a mythological figure of the future. Perhaps, Electric Music that, hit by media or magnetic rain, does not hesitate to sacrifice her electric guitar to protect herself and proceed forward on.

I hope you don’t mind if we talk about Acqua Fragile. You released two incredible albums with the band before joining Premiata Forneria Marconi for ‘Chocolate Kings’ (1976), ‘Jet Lag’ (1977) ‘Passpartù’ (1978). Was it difficult to make this transition from one band to another?

At the time, Acqua Fragile was having no attention from the record label and our agenda was sadly pristine. The only issue for me in ‘Chocolate Kings’ was being asked to join the band just three days before going into the studio.

PFM members were outstanding musicians but as far as vocals… they didn’t even care about singing. There was a time, when we were live performing with just three lines of monitor. Key man had a dedicated one, another line was for the guitarist and the violinist but, since they used to be mainly an instrumental band, none of them wanted to hear vocals so I ended up sharing my line with bass and drums!?

“Ten years before Pink Floyd, we sung about authoritarian education”

Both albums define Acqua Fragile as the outsider of Italian Prog, not only because we were singing in English, but also because of the full vocal harmonies and references to the whole Prog scene. At the time, RAI, national radio and TV, never gave us any airplay.

Quite funny to notice that, ten years before Pink Floyd, we sung about authoritarian education, calling out teacher and all that in ‘Professor’ and, previously, in 0Education Story’. We were also very critical about the media people in ‘Mass Media Stars’.

How was it to work with PFM?

As I was saying, when I first joined in, there was no time to rehearse with the band. Already they had worked out all the songs but one to become ‘Out Of The Roundabout’, where I had the chance to write the lyrics to, even though it took me twenty five years to get credit for it.

The musicians in the band were terrific. When working on ‘Jet Lag’, I was stunned as they were barely doing any talking – that is – they were just playing and playing intricate and twisted lines, often at unison.

On stage, I had to work out a very personal act as the band would still keep playing long instrumental parts. First I proceeded in “filling up empty spaces” doing crazy things, mostly with my arms and hands, here and there – “playing the air”, I used to say – maybe to underline a push in the rhythm or a brake calling a sudden change in the section of the song. When touring the US, I found out fans were giving names to my gimmicks and stunts: I recall “a lick and a hit”!

Not to forget, when presenting a piece I would take the long way, putting in some theatre, getting the band to improvise at a soft volume, actually creating brand new intros, each night. It was all very inspired and original.

What about your work with Mangala Vallis?

After more than a decade away from the Prog scene, in 2000 I was glad to meet Mangala Vallis. They reconciled me with the genre and, later with ‘Lycanthrope’, I went through a new creative experience. At the time, as a bohémien painter, I was living in my studio, two huge rooms with ceilings more than 5 meters high, in an ancient building, just me and my paintings. I had writing pads and pens in every corner and available surface, so I would move around to the demo tracks music, taking notes and then dropping the pad, movin’ on to the next one finding ideas, singing and nailing down rhymes. I recall writing all lyrics that way, practically pacing or standing up still in that unique environment.

As you are saying, it’s not that easy to cover all my recordings because I’m into different kinds of music, recordings came out on different labels and I even performed different covers as in ‘Cover Live’ or ‘Dylanz’, so I’ll just pick up two.

In 2008 I came out with a solo album called ‘Eclecticlanz’. Fourteen tracks, mostly written by yours truly. I did sing in five different languages including ancient Greek. Part of the music was created just assembling experiments I had recorded on various cassettes, in the 80s. Some instruments were actually played by my voice through the Fairlight Voicetracker, a pioneer voice to midi device.

The album cover was all in fabric, its title appearing on a sewn label. The fabric itself was an all over print off some artwork of mine. Depending on how and where the material was cut, all jackets would come out different one from another…

So many of them, I would keep you up all night…

‘Horizontal Rain’ is being received as I was secretly hoping. A collection of different, strong, characterized compositions with top or weird vocals, intriguing lyrics, well motivated distinguished guests and good overall sound. Most reviews are mentioning my age as to give me an extra medal but, to tell the truth, even though it took some time, it was not such a hard and disturbed work as some episodes of my past or, at least, this is the way I feel now.