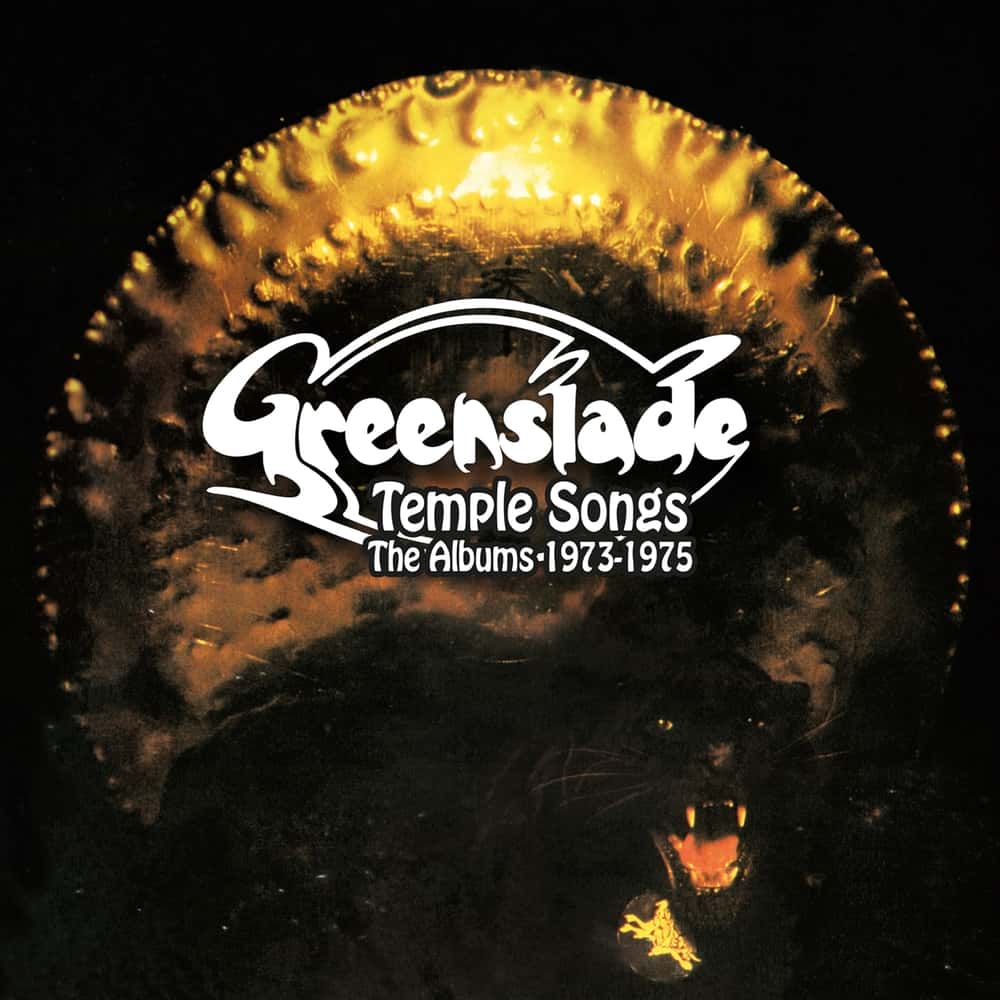 Greenslade recruited bassist Tony Reeves, who had been a founding member of Colosseum before leaving in 1970. The duo were joined by keyboard player/vocalist Dave Lawson and drummer Andy McCulloch. Cherry Red Records have compiled all the band’s albums in a new box set released on their Esoteric Recordings imprint.

Greenslade’s debut album was released in February, 1973 on Warner Bros. Records, as were all their recordings. It was Dave Greenslade’s wish that the band would not include a guitar player, his desire holding true on the first two albums. The LP’s were recorded methodically with Greenslade coming up with a chord sequence and Lawson supplying the melodies and lyrics. In addition, the albums had a pastoral sound, a fact reinforced by the band rehearsing their material in an old church hall at the bottom of Stanmore Hill in Middlesex. This enabled Greenslade to go into the studio with all their compositions worked out.

‘Greenslade’ and ‘Bedside Manners’ consist mainly of extended pieces, with the contrasting keyboard styles of Dave Greenslade who played many chords and that of Dave Lawson whose work was much more minimalist, complementing each other nicely. Lawson’s idiosyncratic lyrics and beautiful vocals added greatly to the group’s sound. In addition, Reeves’ bass took on the role of a lead instrument in the vein of John Entwistle’s work with The Who, while McCulloch’s drums kept time, giving the other members room and opportunities for exploration. Further, both LP’s featured artwork by Roger Dean, famous for his work with Yes.

‘Greenslade’s opening track ‘Feathered Friends’, a gentle number with gorgeous vocals by Lawson was released as a promo single despite its nearly seven minute run time. The 45 had two tracks from the album on its b-side, ‘An English Western’, an instrumental, with its heavy bass by Reeves accompanying an EL&P keyboard feel, and ‘Temple Song’ a light, breezy tune featuring tasteful drum rolls by McCulloch. ‘Temple Song’ was also released as a single on its own, with ‘An English Western’ on the b-side. Other highlights of the debut LP are ‘Drowning Man’ and ‘Sundance’ both written by Greenslade and ‘Melange’ a Reeves/Greenslade/Lawson composition. ‘Bedside Manners Are Extra’ the group’s sophomore effort is dominated by its classic title track as well as ‘Pilgrim’s Progress’ and ‘Time To Dream’ all co-written by Greenslade and Lawson and ‘Sunkissed You’re Not’ a tune composed solely by Lawson.

‘Spyglass Guest’ the band’s third long player was by far their biggest seller, peaking at #34 on the UK album charts. The album varied greatly from the group’s two previous LP’s. Dave Greenslade wrote or co-wrote three of the album’s eight tracks, two instrumental pieces, the opening track ‘Spirit Of The Dance’ and the memorable ‘Melancholic Race’ as well as the rousing ‘Joie De Vivre’ with Martin Hall supplying the lyrics. Dave Lawson wrote the music and lyrics for three tunes, with bassist Tony Reeves penning one title. The album closer is an interesting take on the Jack Bruce/Pete Brown classic ‘Theme From An Imaginary Western’. In addition, ‘Spyglass Guest’ was the first Greenslade LP to include guitar, with Clem Clempson appearing on three songs. Amazingly. Lawson did all the vocals on the album while being treated for a collapsed lung. Unfortunately for the group it was the last to include Tony Reeves in the lineup, as he received so many offers to produce that he left, replaced by bassist/guitarist Martin Briley. The change in the air was further evidenced by the artwork of Marcus Keef supplanting that of Roger Dean.

Greenslade’s fourth and final release was 1975’s ‘Time And Tide’. The album’s ten tracks were all originals penned by Greenslade and Lawson. Among the highlights was ‘Catalan’ , an instrumental, written by Dave Greenslade and featuring Hi-Fi guitar by Brierly. The song was released in edited form as the a-side of a single with Lawson’s ‘Animal Farm’ on the b-side. ‘Gangsters’, a Greenslade instrumental composition featuring an ARP Synthesizer solo by Lawson was used as the title track for the BBC TV series of the same name. The album featured distinctive cover artwork by celebrated artist Patrick Woodroffe. The LP failed to sell in numbers comparable to its predecessor and by the end of 1975 Dave Lawson had exited the band who had grown unhappy with their management and label. The group had offers from labels more suited to their progressive rock sound but their only option was to buy out their contract. The amount demanded was excessive and thus by 1976 the group disbanded, a sad ending for such a talented band.

The box set’s four discs come in replica mini-LP sleeves housed in a tortoise shell box. Also included is a sixteen page full color booklet which includes an essay by Malcolm Dome as well as complete track listings and lots of photos including album artwork, band member portraits, press clippings and other memorabilia. The band has never sounded better thanks to the 24 bit remastering job of Ben Wiseman. ‘Temple Songs’ is the final word on Greenslade and will appeal to fans of progressive rock and 70’s rock in general and comes highly recommended.