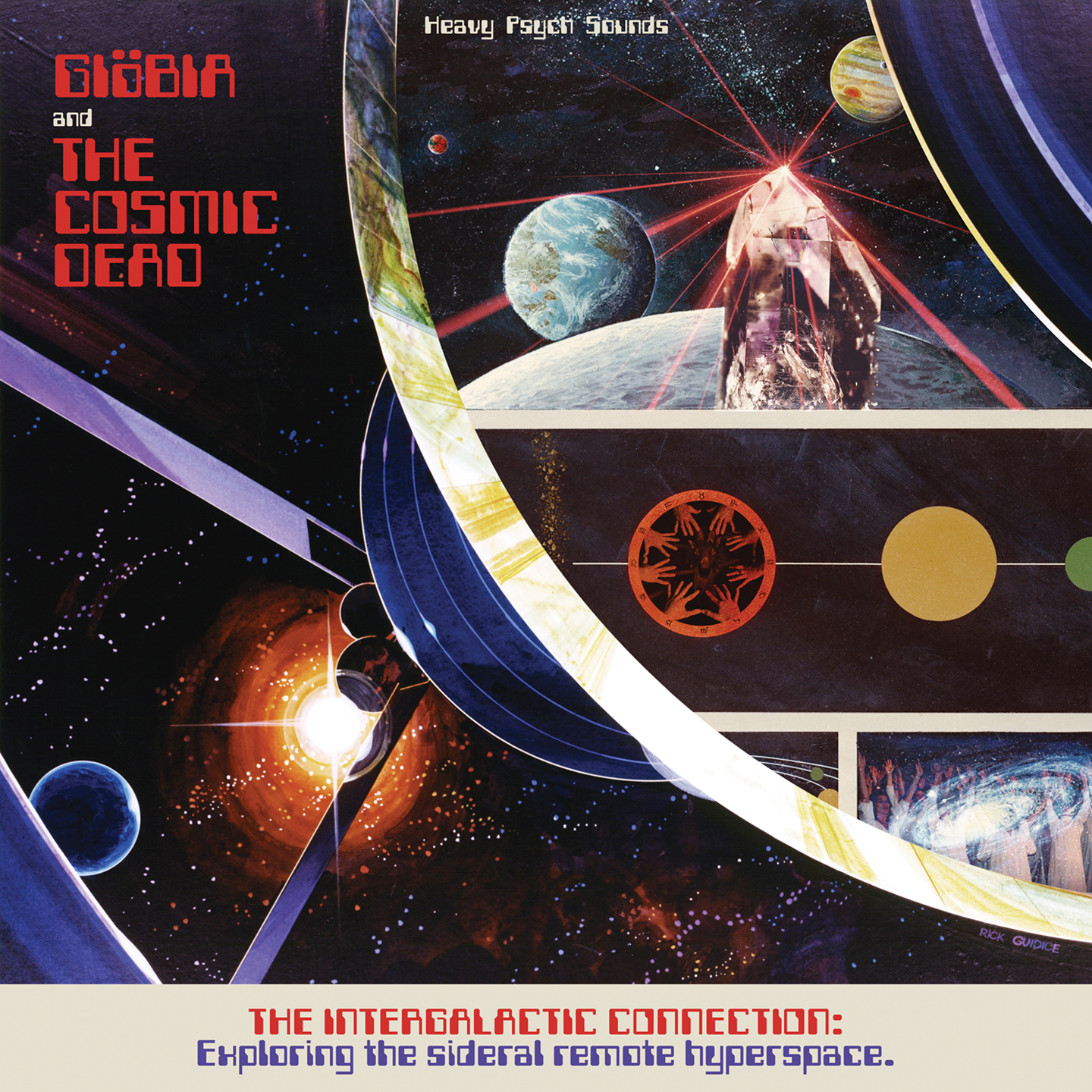 ‘The Intergalactic Connection – Exploring The Sideral Remote Hyperspace’ is a split album that is coming from the deep space! Giöbia meets The Cosmic Dead.

The Italian quartet has delivered three incredible songs, while the Scottish guys came up with a 19 minute long suite. This split record is a cosmic ride through the universe, four tracks full of heavy psych and space rock riffs that will bring you into a psychedelic vortex with no way out! But give ear, as today The Cosmic Dead are premiering a first track taken from their upcoming split with Giöbia. Listen to a clip from the mesmerizing ‘Crater Creator’ in an exclusive premiere right here:

The Cosmic Dead Comments:
“‘Crater Creator’ is a near twenty minute occultation crafted in the far reaches of hyperspace. Here you can listen to a shortened radio edit version.”

“The track features cosmicians Omar Aborida and Tommy Duffin alongside the temporal oscillations of Luigi Pasquini (Outblinker, Kabobo) and astral projections of Calum Calderwood (Sloth Metropolis). It was recorded and produced May 2021 at 16 Ohm recording studio and released this halloween via Heavy Psych Sounds as part of ‘The Intergalactic Connection’ split with our friends Italian space prog legends Giöbia.”

“We are absolutely excited about this upcoming release – Giöbia on the same record with such an amazing band like The Cosmic Dead craft something really special.” says Giöbia about the upcoming record. “Our goal with this split EP is to smash our listeners in a black hole and bring them back safe and sound. The whole thing in a matter of minutes.”

‘The Intergalactic Connection – Exploring The Sideral Remote Hyperspace’ is slated for a release on October 29, 2021 through Heavy Psych Sounds Records.