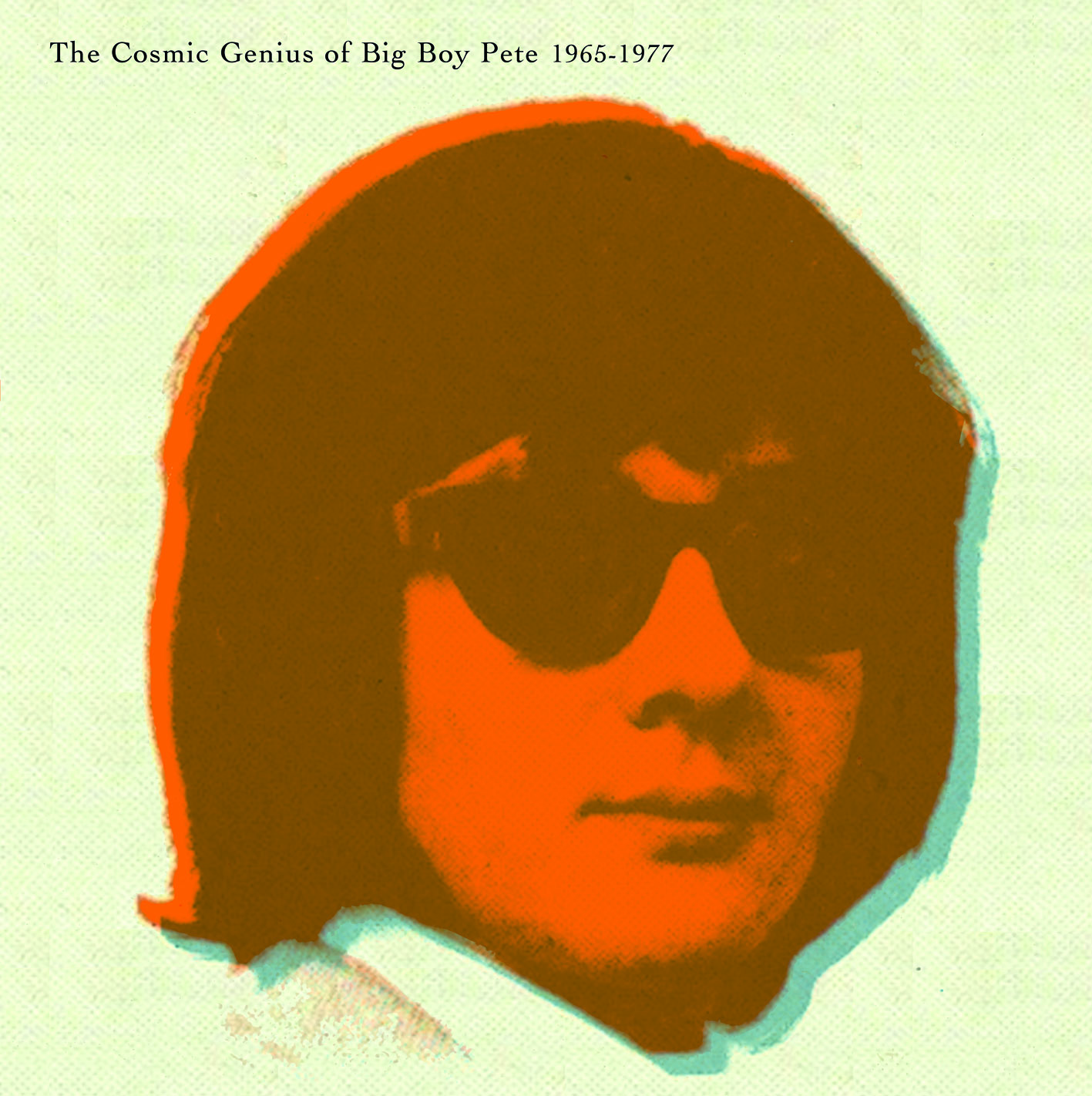 Raised in Norwich, England, Peter picked up guitar as a teenager and began his professional music career in the late fifties with the Offbeats, a combo that specialized in instrumentals. The early sixties saw Peter tapped as lead guitarist for Peter Jay and the Jaybirds. The band gathered a good deal of acclaim throughout Europe, rendering them pioneers of the historic British Invasion.

Come 1965, Peter adopted the name Big Boy Pete and launched a solo career, resulting in a steady stream of material. Yet most of these efforts sadly sat in the can for decades, until they were transferred onto compact disc. At this point, the majority of Big Boy Pete’s past work is now available in the form of collections such as ‘Homage To Catatonia’, ‘Return To Catatonia’, ‘World War IV – A Symphonic Poem’, ‘Psycho-Relics’ and ‘Summerland’. But Big Boy Pete has never rested on his laurels.

A San Francisco dweller since 1972, Big Boy Pete opened his own studio and school for recording engineers and producers called The Audio Institute Of America there in the city by the bay. He has further continued composing and recording at a prolific clip. Fairly recent projects include highly praised collaborations with Fentones guitarist Bill Bonney, Squires Of The Subterrain (aka Chris Earl) and Animals guitarist Hilton Valentine.

However, Big Boy Pete’s current package dips deeply into his back catalog. Pressed on vinyl, ‘The Cosmic Genius Of Big Boy Pete 1965-1977’ not only contains a smart selection of ditties, but comes equipped with lyrics and Big Boy Pete’s tips on the fine art of songwriting.

The first side of the album features tunes from the sixties, which captures Big Boy Pete’s skill for melding pop elements with enterprising wrinkles and crinkles. Imagine the snarky charm of Ray Davies intersecting with the acid-infested concepts of Syd Barrett, the primitive vibe of the Troggs and the melodic kick of the Who and the Move, and that pretty much summarizes the gist of these brilliant sentiments.

A shiny and spunky delivery, iced with fetching freakbeat flourishes are the tasty ingredients behind ‘Baby I Got News For You’, while both ‘Me’ and ‘Paranoia’ are illuminated by hissing sitars. Brash and urgent, ‘Nasty Nazi’ wheels in as an unsettling slab of burning angst, and ‘My Love Is Like A Spaceship’ nails a breathy seductive croon to a wall of glittery paisley pop whimsy.

A gripping groove, spiked with a jabbing break and quirky psychedelic shadings shape ‘Cold Turkey’, which bears no connection to the song of the same handle that John Lennon would conceive a couple of years down the road. But there is a neat story here. Word has it John was a fan of ‘Cold Turkey’ and wanted to sign Big Boy Pete to the Beatles-operated Apple label. Had that happened, the album Big Boy Pete was then recording – ‘World War IV – A Symphonic Poem’ – would have appeared on the iconic imprint. At any rate, it is safe to say John remembered
Big Boy Pete’s cool oddity and ran with the title.

Sparsely arranged, the acoustic based ‘Never Said I Loved You’ is an aching ballad, and the eclectic ‘Washington 400’ mixes rockabilly bop with snippets of progressive rock and other bits and bobs of musical curiousities to interesting effects. ‘Pollination Blues’ is carved of bluesy chords and pinching hooks, and ‘Message To The A&R Man’ stands as a kiss-off memo to narrow-minded nitwits in the biz. Telegraphed in a surly pitch, complete with profanties, the biting cut spills forth with insight and honesty.

Belted tight with cracked and clever verse, unusual structures and sonic experimentation, ‘The Cosmic Genius Of Big Boy Pete 1965-1977’ provides a great sampling of the living legend’s vintage endeavors. As these songs reveal, Big Boy Pete was a true visionary, penning and playing psychedelic sounds, punk rock and indie pop before these genres even existed.