At the Oscillation Festival in Brussels (23/04 – 02/05), saboteur and bricoleur Yann Leguay will present his (literally) electrifying ongoing retro project ‘Volta’.

Is ‘Volta’: electricity transformed to sound?

Yann Leguay: In a way yes, what we hear is the electricity itself, the sound of the electrical arc itself. With some magnetic sensors we can hear louder what happens into the arc, which does not transform but amplify the sound. Some spicy harsh sounds for the ears but also astonishing harmonics that could not be produced by synthesis, there is some randomness in the behavior with micro variations because of the vibration of the air.

If you transform electricity into sound, which role does coincidence play into this process? How much are you “in control” in the sounds the electricity produces?

The principle of this instrument is that you hear physically the electricity, and you have the hand on several parameters such as frequency tuning, and the amount of charge you bring into the arc, making the sound changing in function, but you can also send sound into the electricity, you can make vibrate this arc like a string and therefor play some harmonics by tuning it, and you can also send back its proper sound that makes the device entering in feedback and having unpredictable behaviors.

To go more technically into it, the other parameters to control are 2 gate inputs fighting each other into the 2 drivers, so you can compose the rhythms with a sequencer.

Is ‘Volta’ as a critic? A critic against the digitalisation of our society?

I don’t know if this work by itself is a critic but it’s a part of the whole work I develop since years trying to identify the cracks and the contradictions in the evolution of technology, ‘Volta’ seeks to make physically the disappearance of mechanics in the memory storage devices, and this disappearance produces a weak point in the new technology: the magnetic field.

‘Volta’ is a dangerous magnetic weapon, because of its very high voltage, it produces such a huge magnetic field that can disturb and even destroy devices that work with electrical charges. 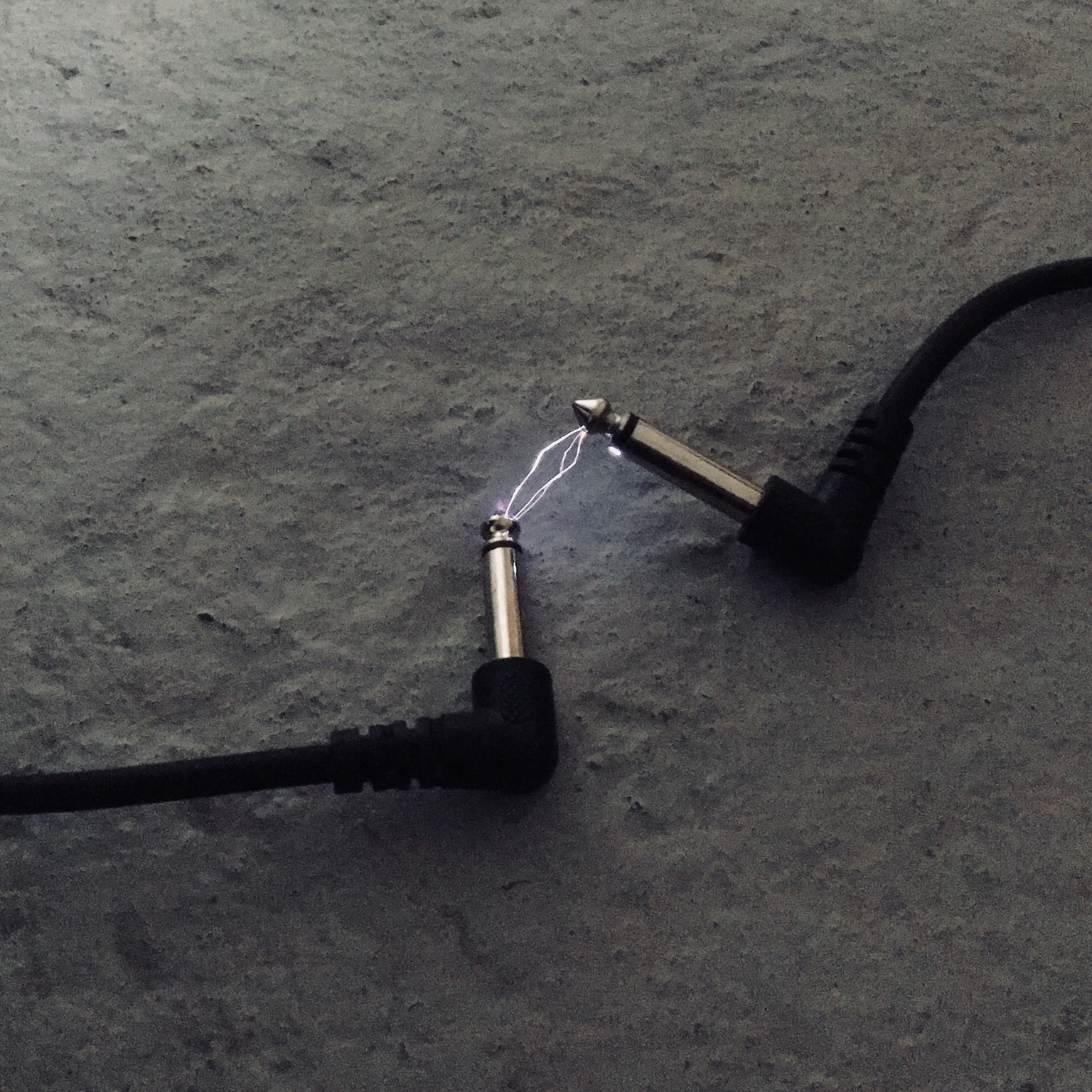 Can I see ‘Volta’ as retro: back to the “hands on” approach?

Yes, there is some kind of retro-engineering. Plasma speakers are an old technique to produce sound, but it was abandoned because of the danger of it. There is an interesting side to use this retro approach to interact with new technologies.

‘Volta’ is an ongoing project, for the moment in live, I don’t use yet this magnetic interaction and only try to extract the musicality of the arc and the phenomenon of feedbacks, but in the near future, it would be possible to hear the disturbance of the magnetic field on different “smart” devices.

What exactly is a “plasma speaker”? What is “plasma”?

What we call “plasma” is a state of a material. You have the solid state, the liquid state, the gas state and the plasma state, which appear when you stress a gas with very high tension electricity, in this example what enters in plasma is the oxygen of the air, producing the arc. To understand, the high tension electricity produces some kind of a path in the air that the electrons can travel from positive to negative, creating an arc which is the plasma.

I think they forgot the “harsh” between “minimal” and “techno”. It’s a simple way to say that I’ll work mostly with rhythms produced by the instrument and explore the subtle differences of the tuning.

Do you see this as a continuation of what Panasonic and Pita did?

If it’s a continuation or a deconstruction of ancient materialistic electronic works? Maybe when Panasonic used to play with the jack, touching the ground tip with the fingers to produce cracks and rhythms, well, I would not recommend to put your hands into ‘Volta’, you may risk an antipathetic electrical encounter.