I came to this album through Paul Foreman, whom you’ll remember from a number of bands, including Soft Speaker and Warmth, though here he’s deeply immersed in a collaboration with Travis Salisbury, also connected to Soft Speaker, along Chris Tate, recording as Score, who together are out with a new album flying under the banner of Salisman & His Blessed Eunuchs, composing a set of ethereal musical constructs that are warmly compelling and visionary.

There’s a depth to all of these songs that nearly mist-fully fills and defines your listening space with a hazed thickness. Each of the numbers are sonically rewarding, a sort of rock-fusion, not experimental mind you, but certainly thoughtful beyond the standard four chord changes, where I’d dearly love to imply that there’s a psychedelic nature to this body of work, yet that aspect resides as an undercurrent to move the project forward with promise and delight.

With Chris Tate arriving with a solid electronic musical background, the trio map out an entirely expansive atmosphere. Travis Salisbury has been playing guitar forever, only recently picking up on the pedal steel, where I for one found it impossible not to believe that it’s not been his life’s passion since he was born. Then there are Paul’s vocals, unmistakable, original, shimmering, nearly breathless, vocals that are interwoven within the ebbing music, causing these manifestations and lyrics to essentially become part of the musical structure rather than as a resounding feature that rides above, where the entire outing is gently held in check as these three musicians lock into together, delicately dancing one note out after another, though with a reverence, as if a soft breeze through the curtain lace of an open window might blow all of this away. 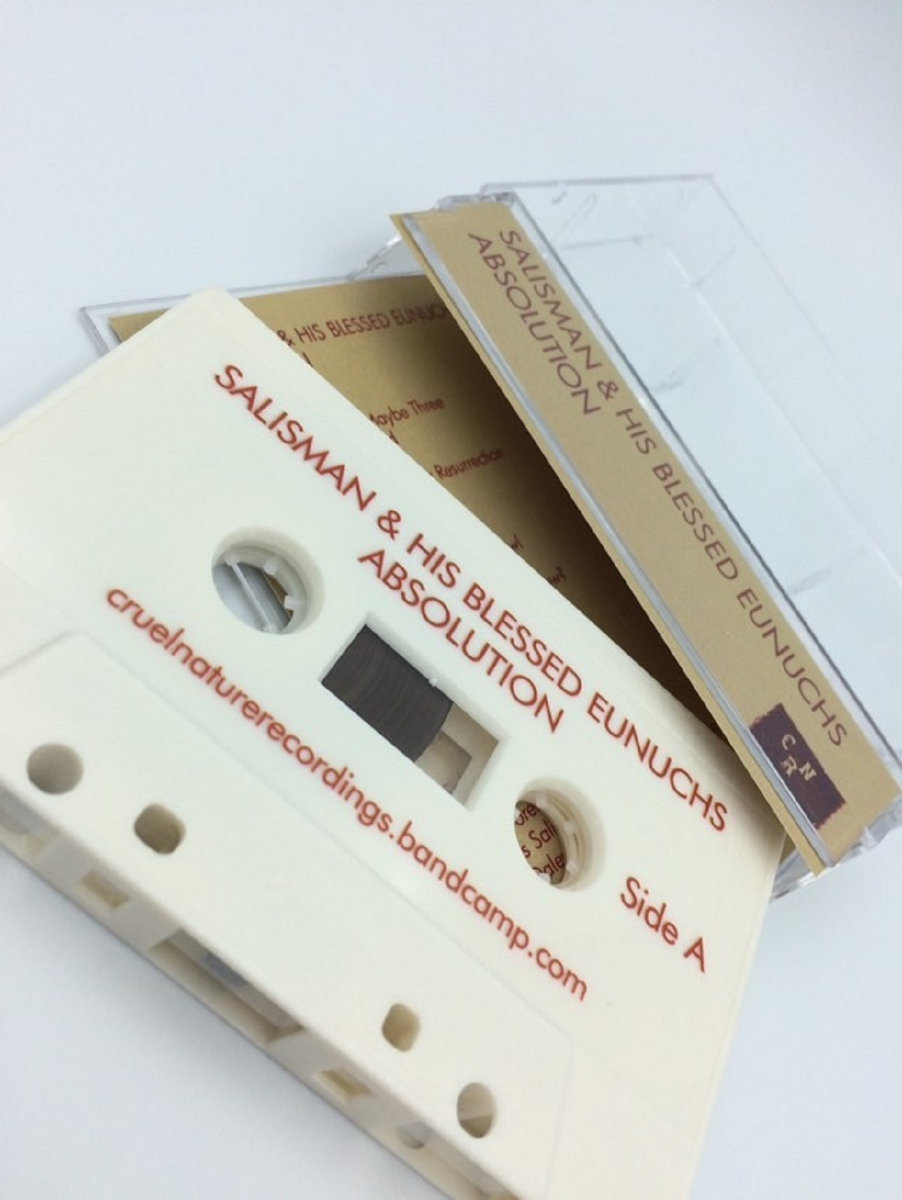 Absolution creates a quiet (in its way) spacey restrained and surreal scene, balancing an insightful delivery against an instrumentation that keeps stepping forward creating a solid wall of sound that you will either open your arms and embrace or find yourself sinking into the shifting musical sands of the hypnotically drenched and layered washes.

*** The Fun Facts: Absolution is an act of forgiving someone for having done something sinful or wrong, with the remission of sins or transgressions enacted though a priest … though these reconciliations seem most keenfully honest when delivered with reverence from one person to another.

The earliest records for intentional castration to produce eunuchs are from the Sumerian city of Lagash in the 21st century BC. Over the millennia since, they have performed a wide variety of functions in many different cultures: courtiers or equivalent domestics, treble singers, religious specialists, soldiers, royal guards, government officials and guardians of women or harem servants. That said, many had the ruler’s ear, often wielding great influence and power through advice and counsel.

Limited Edition of 40 cassette copies recorded in real time, along with a digital download for those who missed out on the cassettes.