Exclusive video premiere of ‘High and Dry’ by Blackbird Mantra.

How does it feel to realize that you’re alone? Is it frightening? Is it liberating? Blackbird Mantra’s new single “High & Dry” is a journey into unknown territory. It’s the attempt to celebrate life’s absurdity, to not resign in the face of its meaningless. A song illustrating the general sound of the psych-rock four-piece from Hamburg, Germany: it begins optimistically, impulsively, but soon drifts more and more into the surreal, the psychedelic. 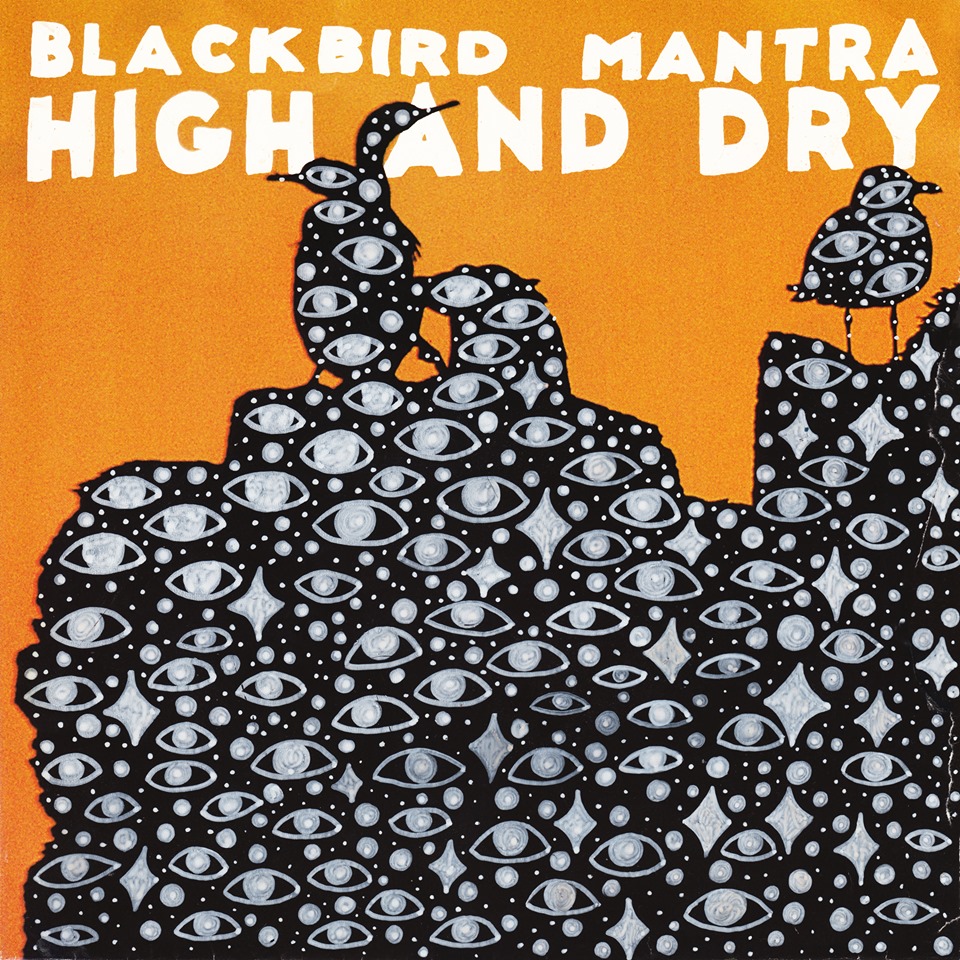 When you listen to the birds in the morning, you might think there’s something very pleasant and joyful happening. But in reality it’s a quite serious business. The chirping shall attract potential partners but also keep away the enemies. A lonely, paranoid sound. In the anti-war novel Slaughterhouse Five by Kurt Vonnegut, the innocent ‘poo-tee-weet’ of a singing bird even stands as a recurring symbol of unspeakable horror.

The music of Blackbird Mantra is not as dark as this introduction may appear. Nevertheless, it can’t be by accident, that this psych rock quartet from Hamburg, Germany named their band after the repetitive singing of a blackbird.

When you listen to Blackbird Mantra, everything sings and vibrates, communicates and connects with each other. Raw but warm vocals echoing above chirping bright guitar melodies, a warbling electric piano, relaxed drumbeats creating a constant flowing sound and a groovy bass that keeps cool in the midst of all that psychedelia. Their repertoire reaches from dark, moody folk tracks like you know them from Grizzly Bear or Timber Timbre alternate with upbeat psych rock and garage rock that reminds on The Doors, Velvet Underground, Allah Las or Lewsberg (already supported by Blackbird Mantra).