Rainer Neeff and his sister Daniela are making psychedelic garage rock noise since the nineties! Countless of albums and collaboration followed. They recently released a new album: Mokele Goes To Town.

Would you like to talk a bit about your background? How did you first get interested in music?

I was interested in music since I was in kindergarten. My sister Daniela and I had one-string guitar and cans and bottles and we made a lot of noise on the Schwäbische Alb; Germany. As I child I had a little radio and searched for oldie broadcasts, to hear Elvis and fifties rock n roll. My father Werner was a punk rocker and had psychedelic and punk record collection so that influenced me too. On our new album Mokele Goes To Town, you can hear me and Daniela singing “Einsamer Cowboy”, from a tape recording which I did in 1986. This is the first Kerntonschall recording ever.

Who were your major influences before forming The Pancakes?

Musically this were the early nineties grunge bands like The Screaming Trees or Mudhoney and one of my favourite band Sonic Youth, but also o lot of sixties and seventies psychedelic and krautrock bands like Guru Guru, Iron Butterfly, The Doors, Jefferson Airplane, H.P. Lovecraft , and stuff like Dead Moon and The Fuzztones from the eighties. The other influence was and still is Mother Nature.

Was this your first band?

No, my fist band was a school band, I formed with my sister Daniela and Cornelia Deike Ganz, called The Gorks . I think this was in 1992, and we covered The Who and The Rolling Stones. Then in 1993 we had a new drummer Tomek, and changed the name into Screaming Silence, later to Shabby Snuggles. On the 6th of May 1995, The Pancakes were formed on the Schwäbische Alb, and we did a concert on that day in front of 500 people. I was very nervous and we presented our first songs ” Tommyknockers”, “Crime” and “Greewood Desert”. At the time The Pancakes were me, my sister Daniela, Mathias Wendorf and Michael Georgi. You can find a long cool live version of “Greenwood Desert”, with Russell McSwan on drums, on our new album Mokele Goes To Town, as vinyl bonus track.

How did you form The Pancakes? Was there a certain creed behind it?

Yes, we formed The Pancakes for a Festival “Albstädter Rockgipfel” on 6th of May 1995, to present the people our own music and own songs. The other reason was and still is, that I need writing music for my mind and psyche, to stay healthy in this crazy world. Making music heals a lot of things.

Your first album was released in 1998. A year later your solo release Frisco Howlin was out. What’s the story behind it?

In 1997 me and my sister moved with the band into the Black Forrest. Where we found two new band members. Johnny Park on drums and Sikka Hammer on bass. In 1998 we released our The Pancakes Brainshaker album. This was the first official album. Before that we did a lot of tape recordings. The real first Pancakes song ” Tommyknockers”, named after a Stephen King movie is on the Brainshaker album. 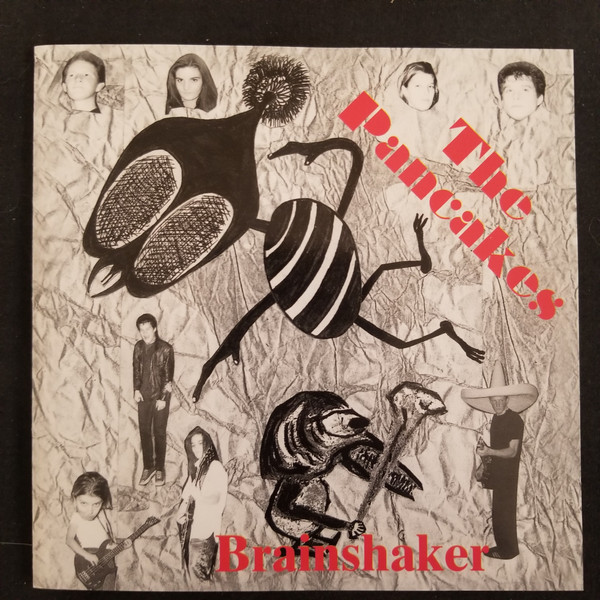 The Frisco Howlin vinyl, I recorded on cassette in my living room when I had three days off from school. It was a bit of a ‘dark trip’, but without using drugs. Some people think, I took LSD to record it, but I did not, haha. It was my father Werner who had the idea, to press this crazy tones on vinyl. I have a lot more of this tape recordings, not all of them with dark tones, and I hope to release a few more. The B -side of the Frisco Howlin is from an amazing live gig at a club in Pforzheim, Germany. 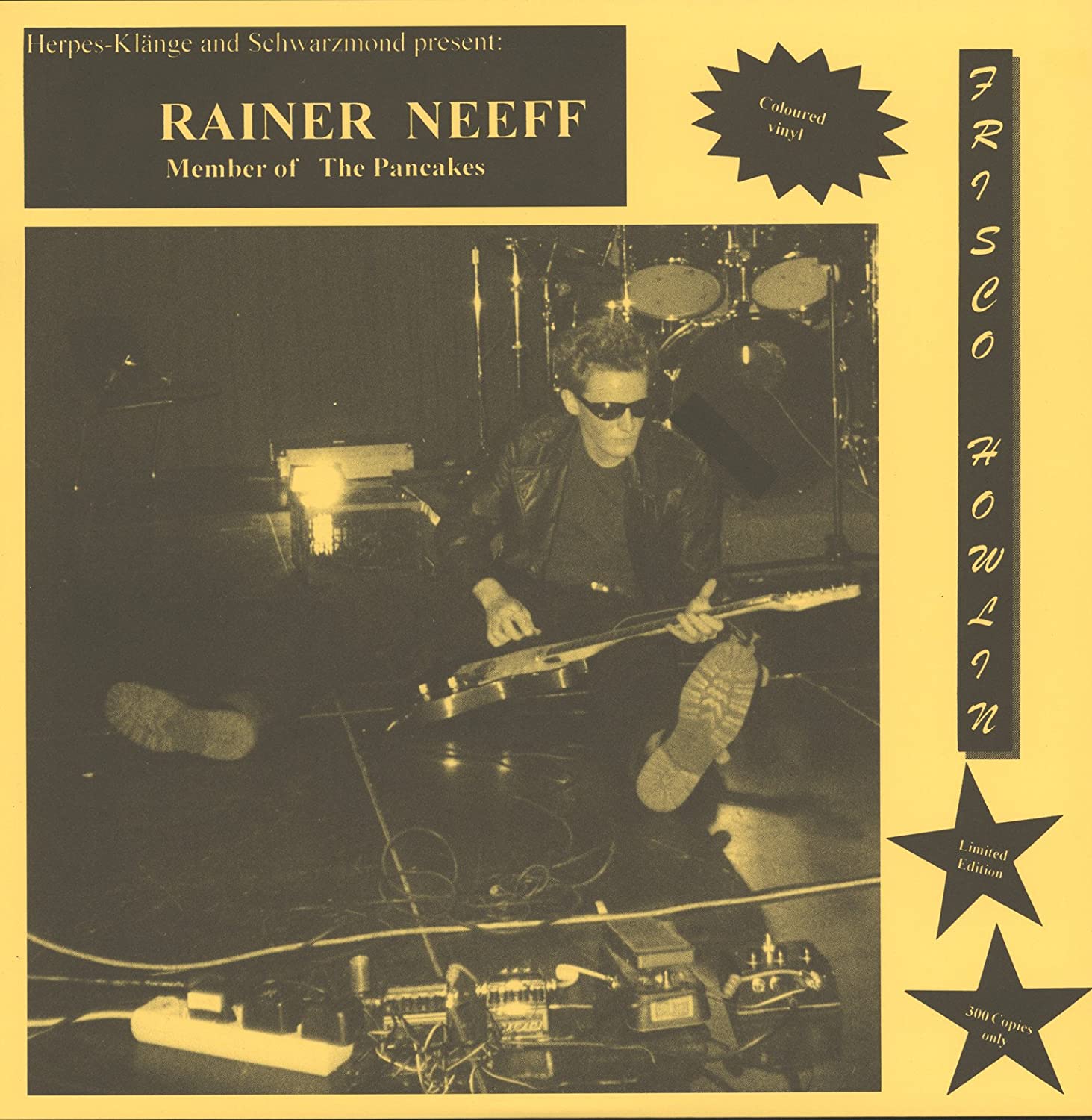 The Pancakes have a very distinctive sound. How would you describe your sound?

“It’s a magic psychedelic carpet with lots of fuzz and krautsurf”, someone said (I can’t remember who) and I agree, it’s krautsurf with grunge and 60s psychedelic garage music. By the way we really rehearsed in a garage on the cold Schwäbische Alb. I prefer the Fender Vibrolux Sound combined with fuzz pedals and echoes for guitar playing.

How about your label Kerntonschall? How did that come about?

I started the label Kerntonschall Records to bring out our own music and music from my friends. Our music was usually ‘too underground’ and we didn’t found a label, so I decided to make my own record label. But making vinyl records is expensive, so I am not rich yet, haha. But because I have my own label, I can do what I want, like projects as Ufo’s Over Elllmendingen with Ax Genrich, Zone Six and The Pancakes on it.

I am not thinking about making songs. I often play guitar in my living room or in our rehearsal room ‘The Ghost House’ in the Black Forrest. When I got a good riff or a melody I record it on tape, so later I can make a song with it. Most of the Pancakes’ songs were made during improvisation sessions in our ‘Ghost House’. We recorded sessions on 8-track, and some parts of the improvisations, became later songs, like “Man On The Moon” or “Elefant”.

How did you join Zone Six? How about Krautzone?

It was on the Pancakes’ birthday on 6th of May 2011, when we had a concert together with Zone Six in Tübingen, Germany. The drummer of Zone Six left the band before the concert, so Dave and Lulu asked me to play guitar with Zone Six and Dave would plays the drum. So I was in the band. After a Zone Six gig in Fulda, Germany, where I met Onkel Kaktus and Baba Lali, we did crazy sessions in Dave and Lulu’s house. So this crazy formation became the band Krautzone, as you can hear on vinyl.

Can you share some further details how your latest album Mokele Goes To Town by The Pancakes was recorded?

Most of the ground tracks were recorded live at a concert or in our ‘Ghost House’ in the Black Forrest.

I am very pleased, because I did all by myself, haha. I did not like what other people did in the past with The Pancakes recordings, so I decided to do all by myself. The record pressing company did a very good job too, because the vinyl sounds very well.

Yes, it’s the Honey Mountain Band. It’s an improvisation space jam band. I have a lot of recordings now and I want to do them on vinyl. The other project is a solo project called König Raginhardt. I’ve recorded a lot of songs and improvisations on tape cassette. It’s a bit like desert movie music.

Surely to play more concerts, when this corona shit is over. I have in plan to bring out 25 years anniversary vinyl this year because the Pancakes 25th birthday. I want to do songs from the Pancakes on that vinyl, which are not on a vinyl yet, like the original version of “Man On The Moon” and maybe “The Bear” and ” Stars In The Underground”.

I want to do more Zone Six concerts again. So far I can’t do it because of my health situation. It’s because of my eye problems, I can not travel to gigs far from my home. I hope this condition will get better. 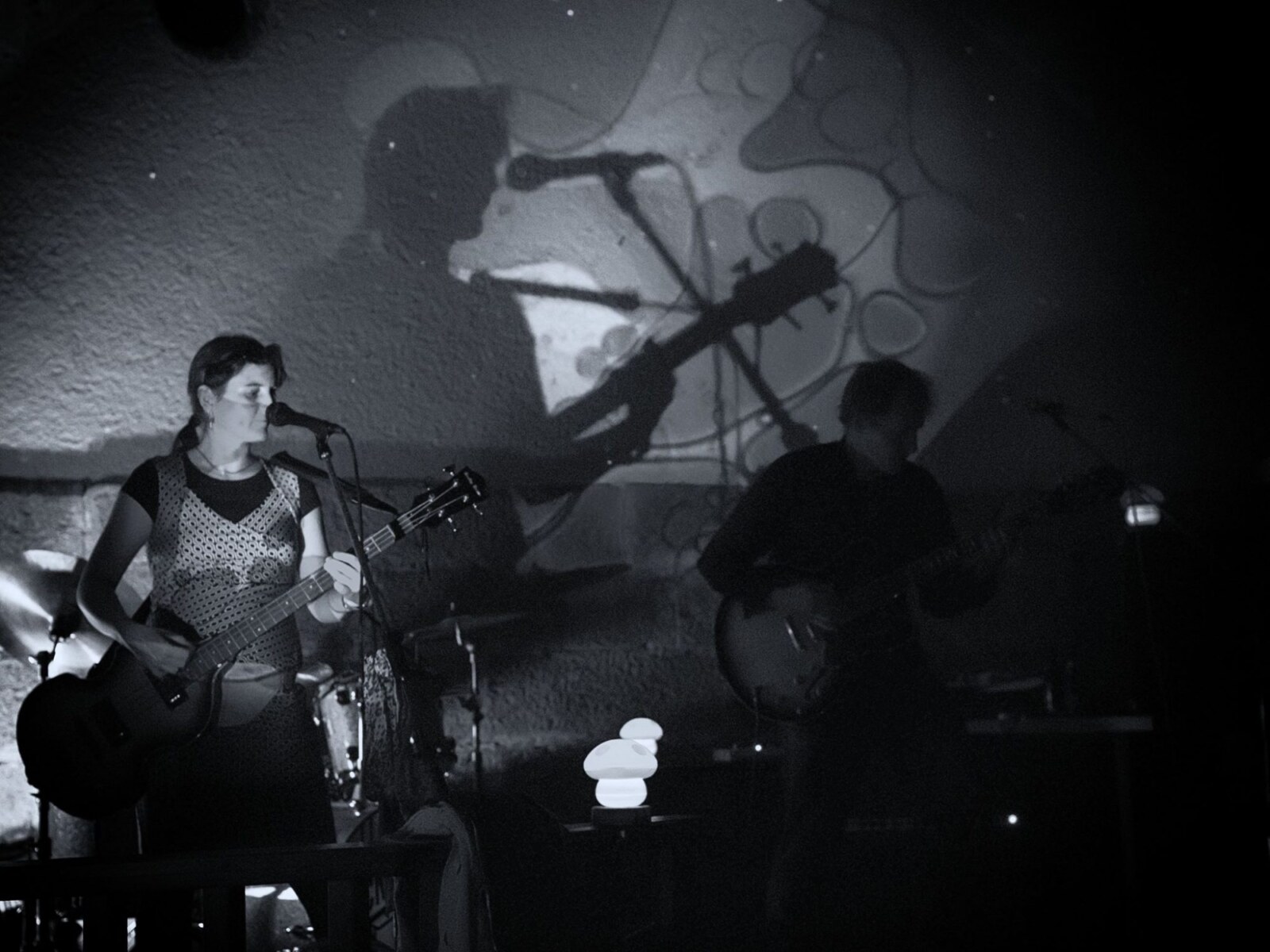 Well I have a lot of vinyl. A few of my favourites:

There is nothing new, only old new stuff.