This is part two of our look back at 2019. The releases below represent some of the more interesting and unique reissues and soundtracks of the year. 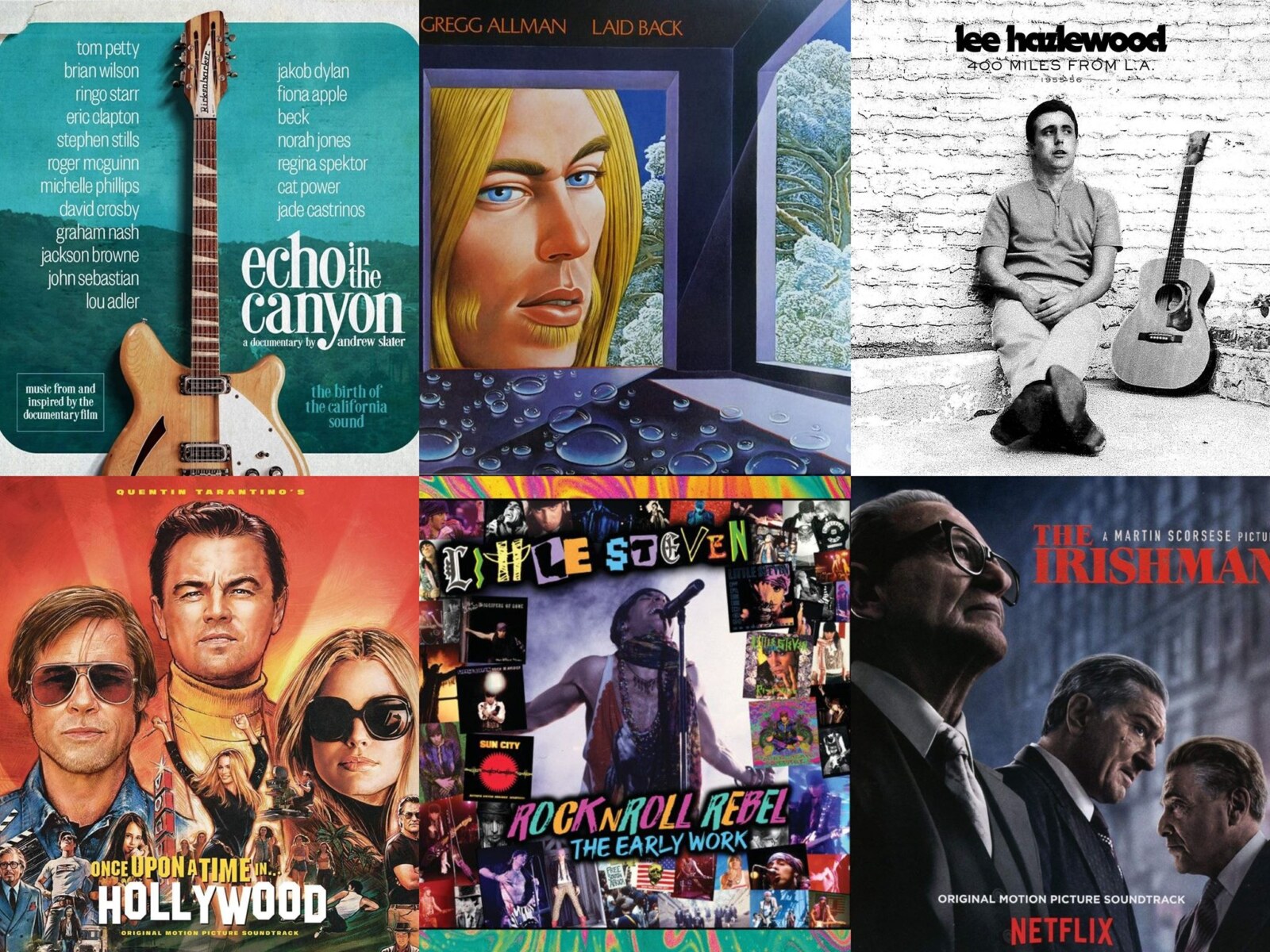 Not many people have multiple nicknames. Frank Sinatra had three (The Voice, The Chairman of the Board, Old Blue Eyes) and the only other person I can think of that has at least two is Steven Van Zandt (Little Steven, Miami Steve), formerly of the E-Street Band. On the multi-disc box set Rock and Roll Rebel: The Early Work (Wicked Cool Records), there are the five original solo albums he recorded between 1982 and 1999 and the Sun City EP from Artists Against Apartheid, all on vinyl, with Born Again Savage the only two-LP set. Also included is a 4-CD set of previously unreleased material. 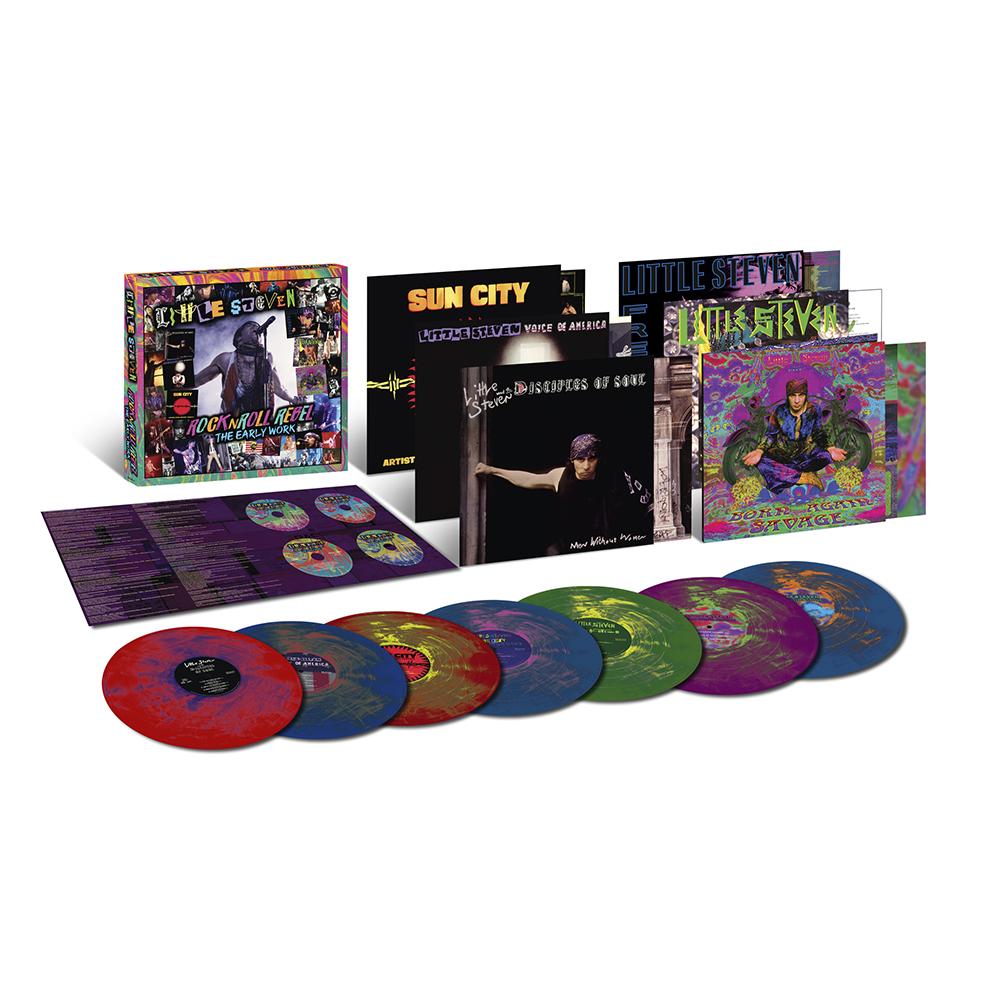 400 Miles from L.A. (Light in the Attic), from Lee Hazelwood, is the 19th release in the label’s archive series on the late producer/writer/music biz honcho’s career. Known primarily for guiding the career of Nancy Sinatra and her legendary 60’s recordings, Hazlewood also made some eclectic solo recordings that, like the Sinatra sessions, have gained cult status. This latest reissue, best listened to on the two-LP vinyl release from then original analog tapes and pressed at RTI, includes demos Hazelwood recorded in Phoenix when he was trying to break into the record business in the mid 50’s. Hazlewood’s demos here would have been perfect songs for Elvis Presley or Johnny Cash, but one can hear touches of the kinds of songs that would come later from Sonny Bono or Jimmy Webb and if finally done as full-fledged productions would have been produced by Bono, Webb or Phil Spector. Check out the multiple versions of “Peculiar Guy” and “Long Black Train” and marvel at the epic “Trouble Is A Lonesome Town.” 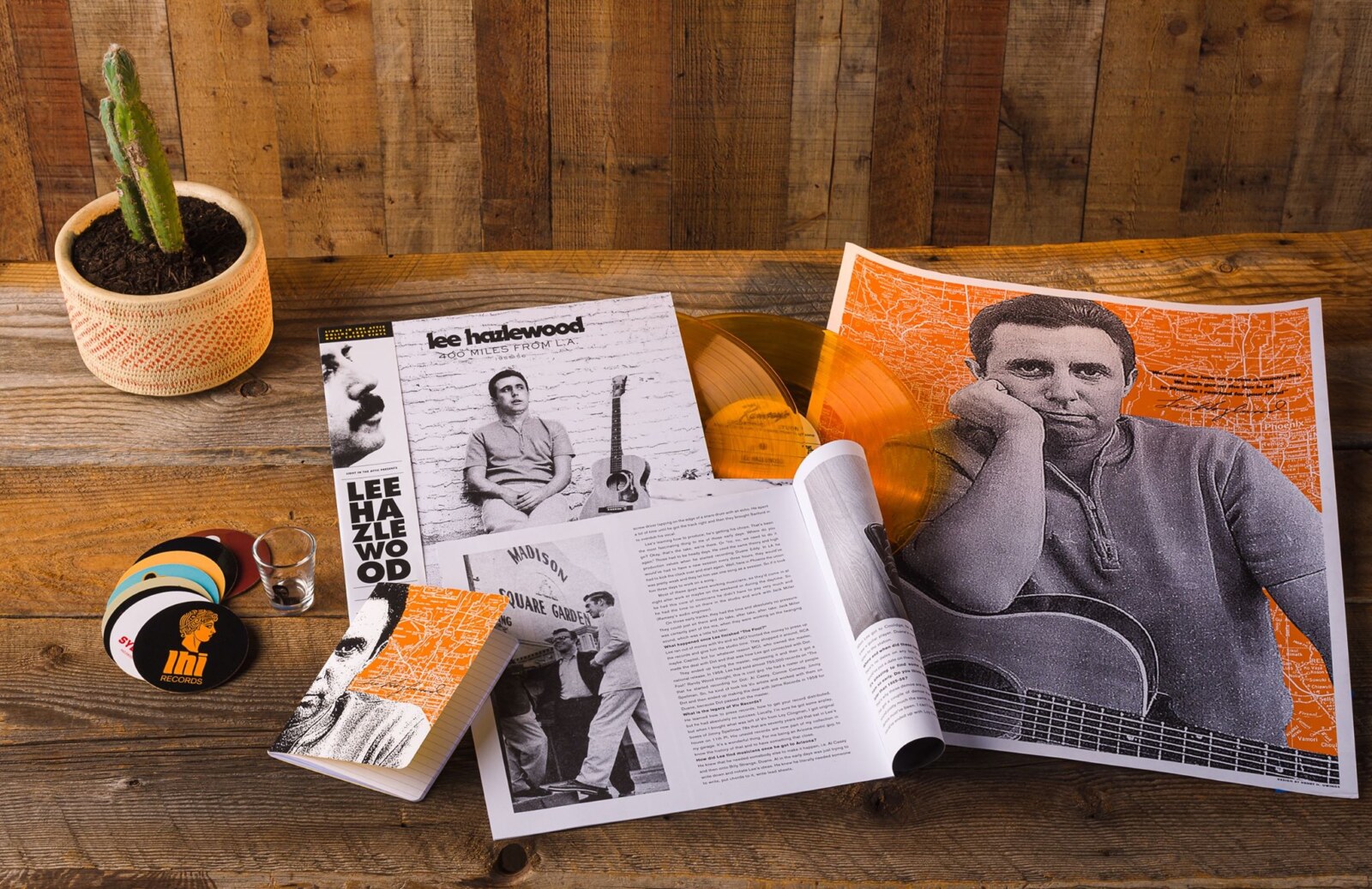 Laid Back from Greg Allman (Mercury) was the first album that Greg Allman released after Eat a Peach, which was the last Allman Brothers Band album that Duane Allman was on before he died. It was also Greg’s debut solo album and it came out six months before Brothers and Sisters, the first Allman Brothers Band album released after Duane’s death. It’s easily Greg’s best solo album and, as befitting the title, it offered a more mellow, acoustic and heady sound than the raucous blues rock jams of the Allman Brothers Band. Original Allman Brothers Band members Butch Trucks and Jaimoe did appear on the album, as did new ABB member Chuck Leavell, but the album had a lush, at times jazzy feel that was beautifully produced by Allman and Johnny Sandlin. Allman’s cover of Jackson Browne’s “These Days” actually predates Browne’s own recording, which was inspired by Greg’s version, and is the highlight of the album. Other notable tracks include “Queen of Hearts,” “Multi-colored Lady” and a reworking of the Allman Brothers Band’s “Midnight Rider.” 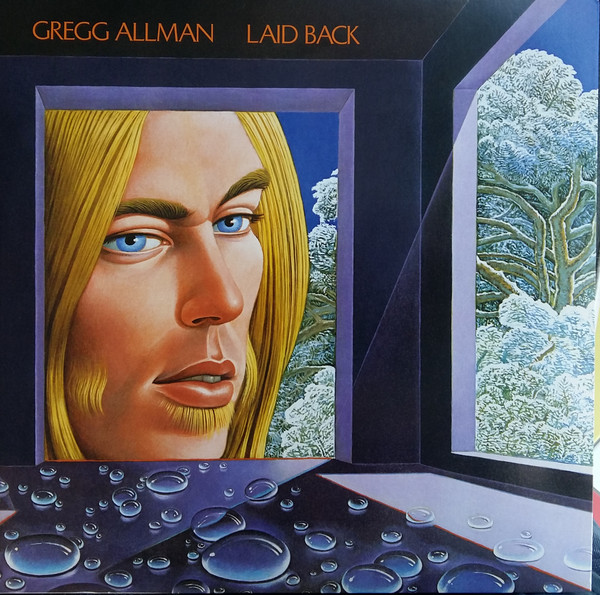 2019 was another great year for music movies and the accompanying soundtracks to them. There were also many films that weren’t music films, but which had amazing soundtracks. 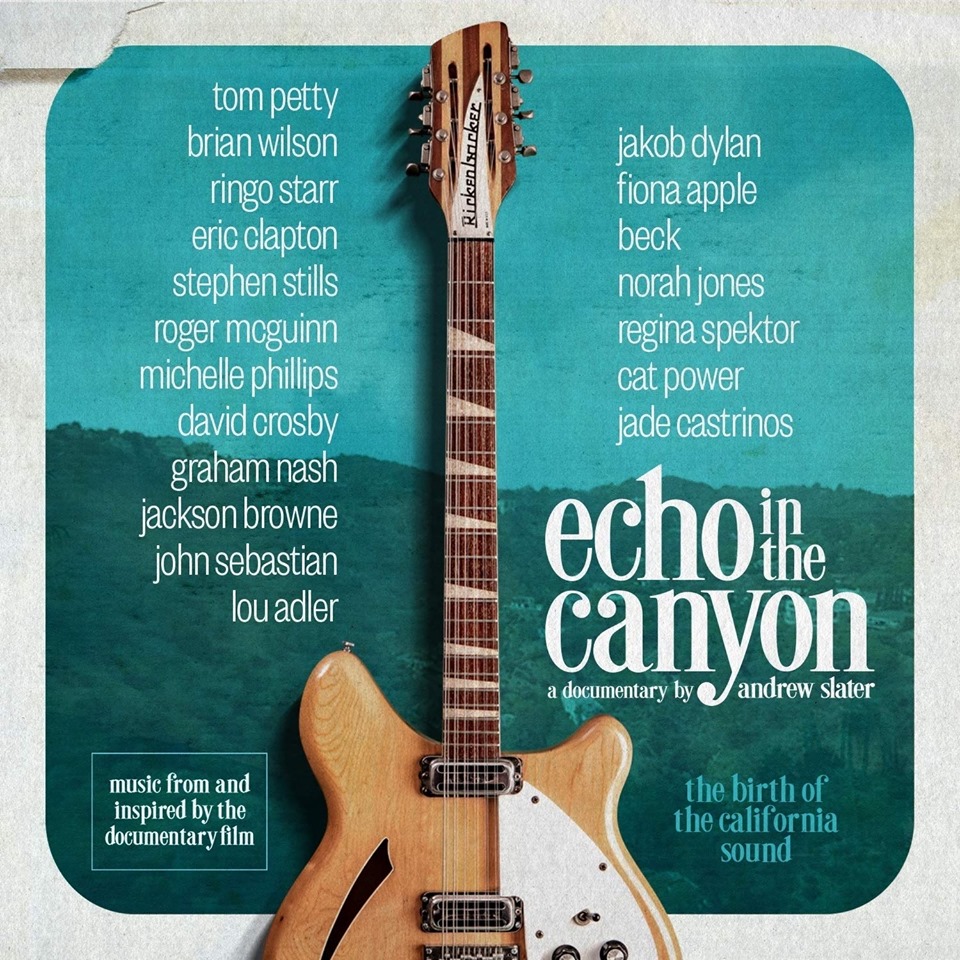 One of the best music films was Echo in the Canyon (BMG) about the 60’s California music scene. The soundtrack album featured artists from the original scene (Brian Wilson, Stephen Stills, Roger McGuinn, Michelle Phillips, David Crosby, Graham Nash) and many other new artists (Fiona Apple, Norah Jones, Cat Power) contributing interpretations of songs from the Mamas and the Papas, the Beach Boys, the Byrds and the Buffalo Springfield. Jacob Dylan served as the de-facto host of the film and he also performed on many of the tracks. 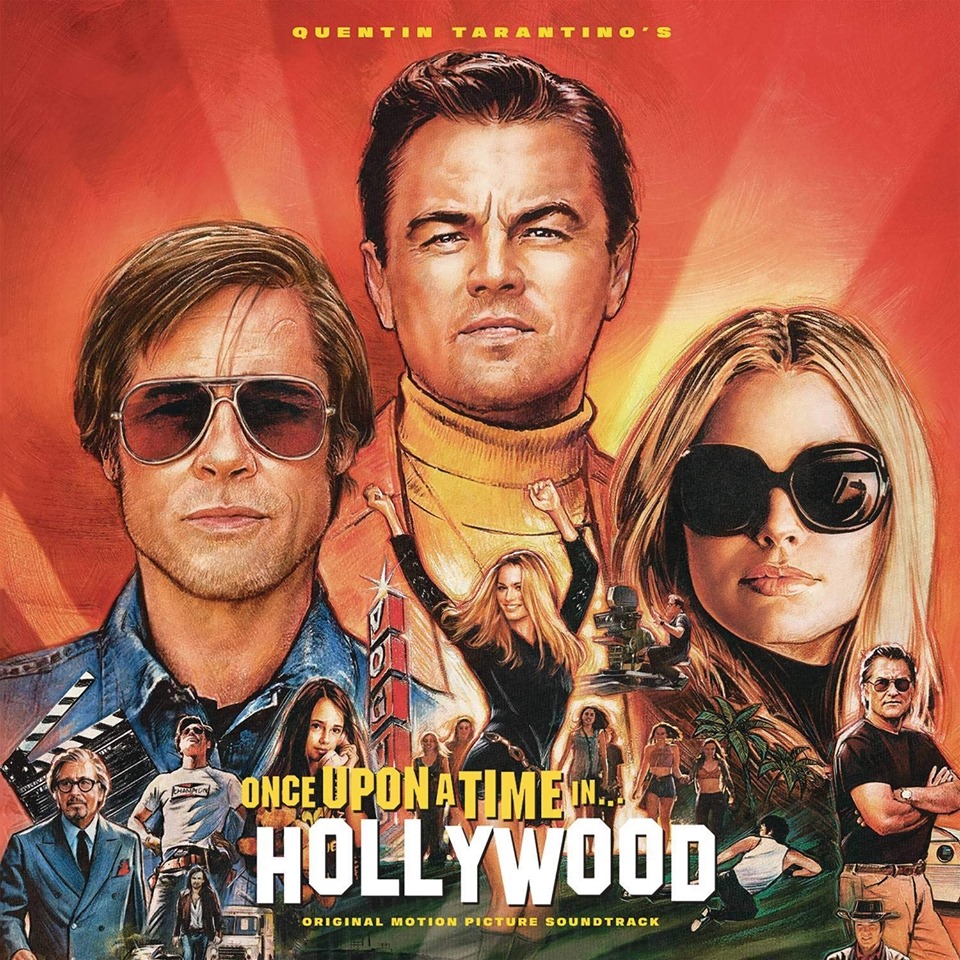 Quentin Tarantino’s Once Upon a Time in Hollywood (Columbia) boasted one of the best soundtracks of the year, featuring music from 1969, the year in which the film was set. There is an orange vinyl, limited-edition, double-album version that faithfully captures on record what the film reflected on the big screen. Of special note are the period commercials and radio station promos that recall the heyday of 60’s West Coast radio. 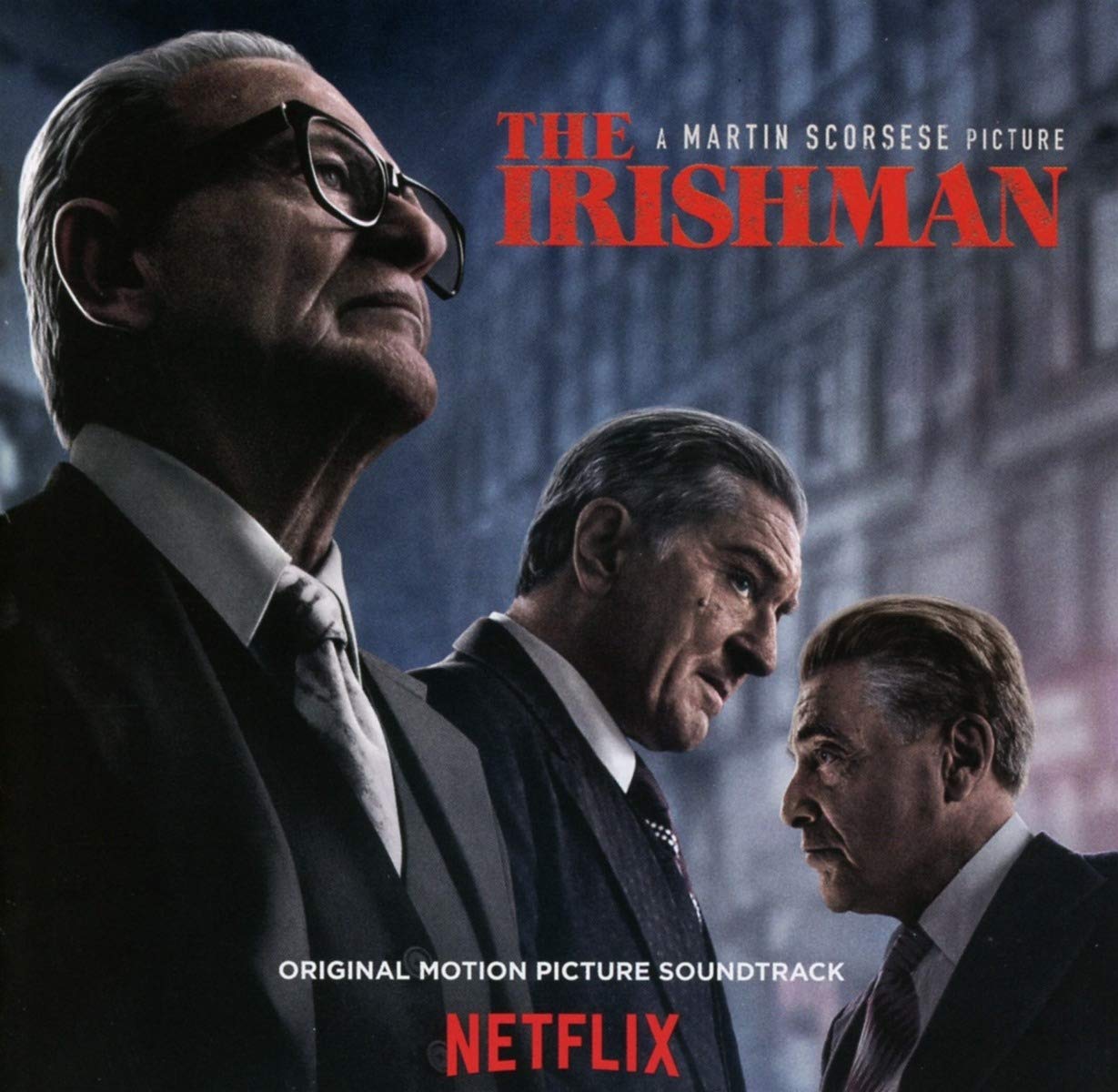 The soundtrack for the latest Martin Scrosese film, The Irishman (Sony Masterworks), like any Scorsese film soundtrack, is excellent. While the film covers many decades, the soundtrack here focuses mostly on the 1950’s. The music covers a wide variety of styles and the late-50’s, 60’s and early-70’s period is always a rich source of music in all of Scorsese’s films. Also, like many previous soundtracks, Robbie Robertson serves as executive producer.