Signs of the Silhouette interview

Signs of the Silhouette interview

Signs of the Silhouette are experimental psychedelic band from Portugal. The project blends adventurous sound exploration with video art.

Jorge Nuno: At a young age I started listening to mainly rock bands. When I was 14 years old I wanted to play guitar. I actually took some classical guitar lessons and then also some jazz lessons a few years later. After that I started playing in various of indie projects.

It all comes natural. Since the beginning I always wanted to create something my very own. I was never interested in playing covers.

“The video is our music sheet.”

What does the name “Signs of the Silhouette” refer to in the context of the band name? What led you to form the band and when exactly was that?

In 2012 Miguel Cravo, whose interested in arts like video/painting, and I had this interesting idea and we did video of us playing live. That is the main idea behind the name. It’s like a paint in movement. The video is our music sheet. When we play live we have a screen on stage to look at it.

Did you draw any influence from any particular artists?

There’s always influences from other artists, in this case there is in terms of sound and art movements.

To me it’s really important because it’s what I’m interested in the most. We improvise based on video sequences and we always approach music video related. 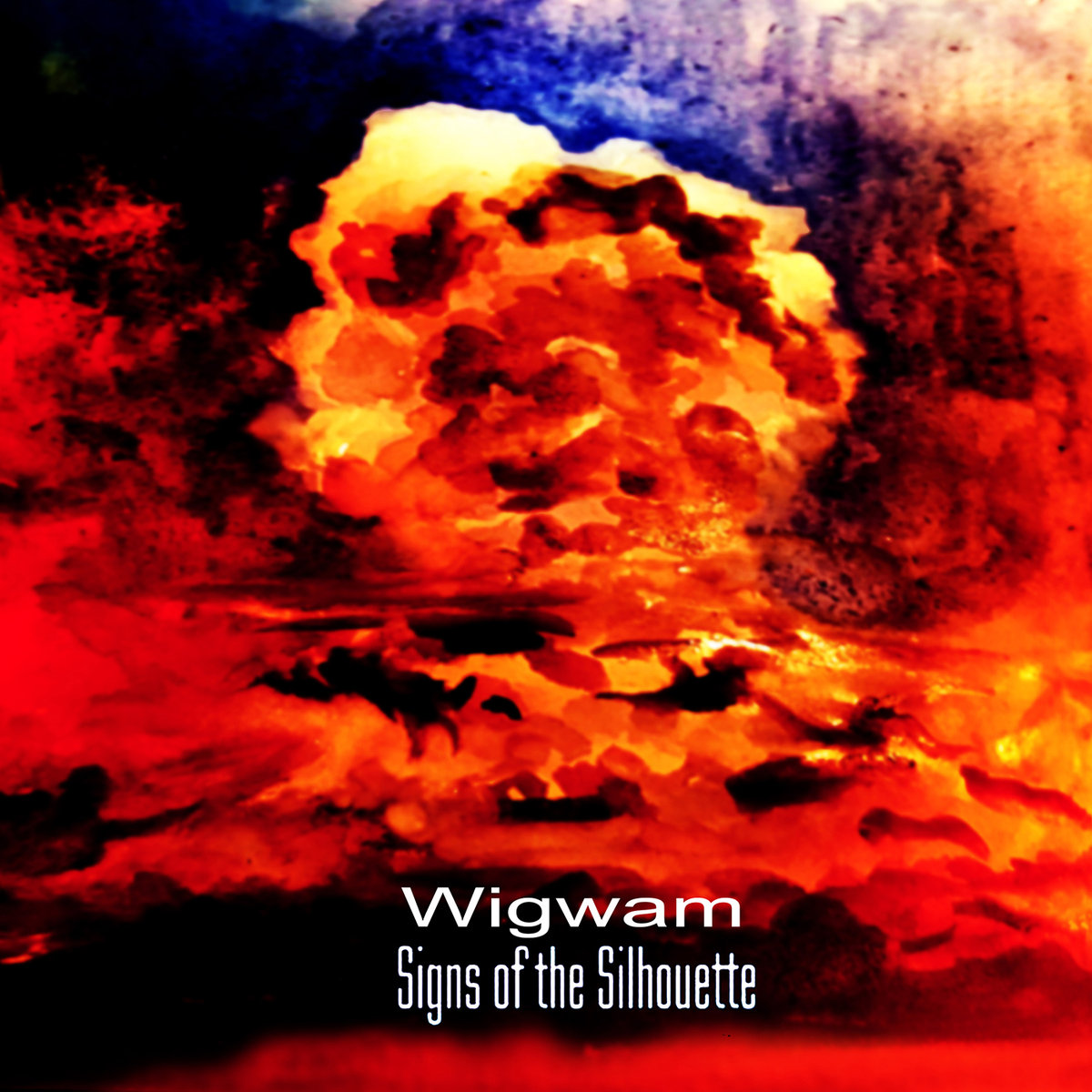 Can you share some further details how your latest album Wigwam was recorded?

Before we recorded Wigwam, JJ from Bam Balam Records told us we can have a very special guest. Kawabata Makoto of Acid Mothers Temple joined us.

We worked in a studio called Golden Pony in Lisbon with Eduardo Vinhas. Then we prepared songs and sent them to Kawabata Makoto to play. He did two solos on songs that he choose and then Joao Sousa did the mixing. James Plotkin did the master for the vinyl.

How would you compare it to previous two Bam Balam releases? Or even the first three albums you released?

Before each release we talk about it first. We don’t want to do the same album twice, so it takes time to get the sound we want. Miguel Cravo then creates a concept for the album and develops all the ideas helping us with the sound as well. The albums are all very different in terms of sound and concepts. We also like to have special guests with us because their approach opens a new door to developing new ways of the concept.

Have you made any changes to the lineup since you started or is this the original lineup?

The original line up is me on guitar, Miguel Cravo on art/video and concept, Joao Paulo on drums. We did some changes while recording NU, our most jazzy record. Miguel Lopes took care for the art and concept and on Wigwam we invited Andre Calvario to play bass and stay with us as part of the project. Nowadays we are the original members plus Andre Calvario.

Yes, I play in several other projects with different people like Uivo Zebra. Dead Vortex has as well Andre Calvario and Joao Paulo.

Thanks a lot for the invitation. It was a pleasure to discuss our music. To the readers of your magazine, please listen to our music. Wish you all a great year of 2020!