New York based Kings Destroy are playing their heavy doom metal rock for a decade now. Being founded in 2010, gents show decent score having four strong full-lengths and one EP in their discography.

Their third self-titled album was an absolutely killer work – matured, highly professional, diverse and catchy. Kings spent some time thinking over their next step and up-to-date album Fantasma Nera brought a lot of new and fresh ideas to the band’s followers. Their frontman Steve Murphy has few things to tell about Kings Destroy inner life.

Hi Aleksey, The Kings Destroy self titled was released on vinyl by War Crimes in 2015. We still have some copies left on our band camp page.

How much did the album release change the band’s career? Was it a breakthrough for you?

I think the album was a breakthrough internally for the band. Though in retrospect we probably should have spent more time on some of the songs. Overall though it really started paving the path to a more mid to up-tempo sound that was a departure from our previous releases. It was also an album that we spent a lot of time on vocal melodies and giving the songs hooks.

How do you see your third album today? You received a good amount of positive reviews for Fantasma Nera.

I think we view the third album as a sort of necessary path to the new album. It had some great moments and some imperfect moments. We are pretty hard on ourselves overall when we write music but that album was instrumental to the more polished sound of Fantasma Nera. 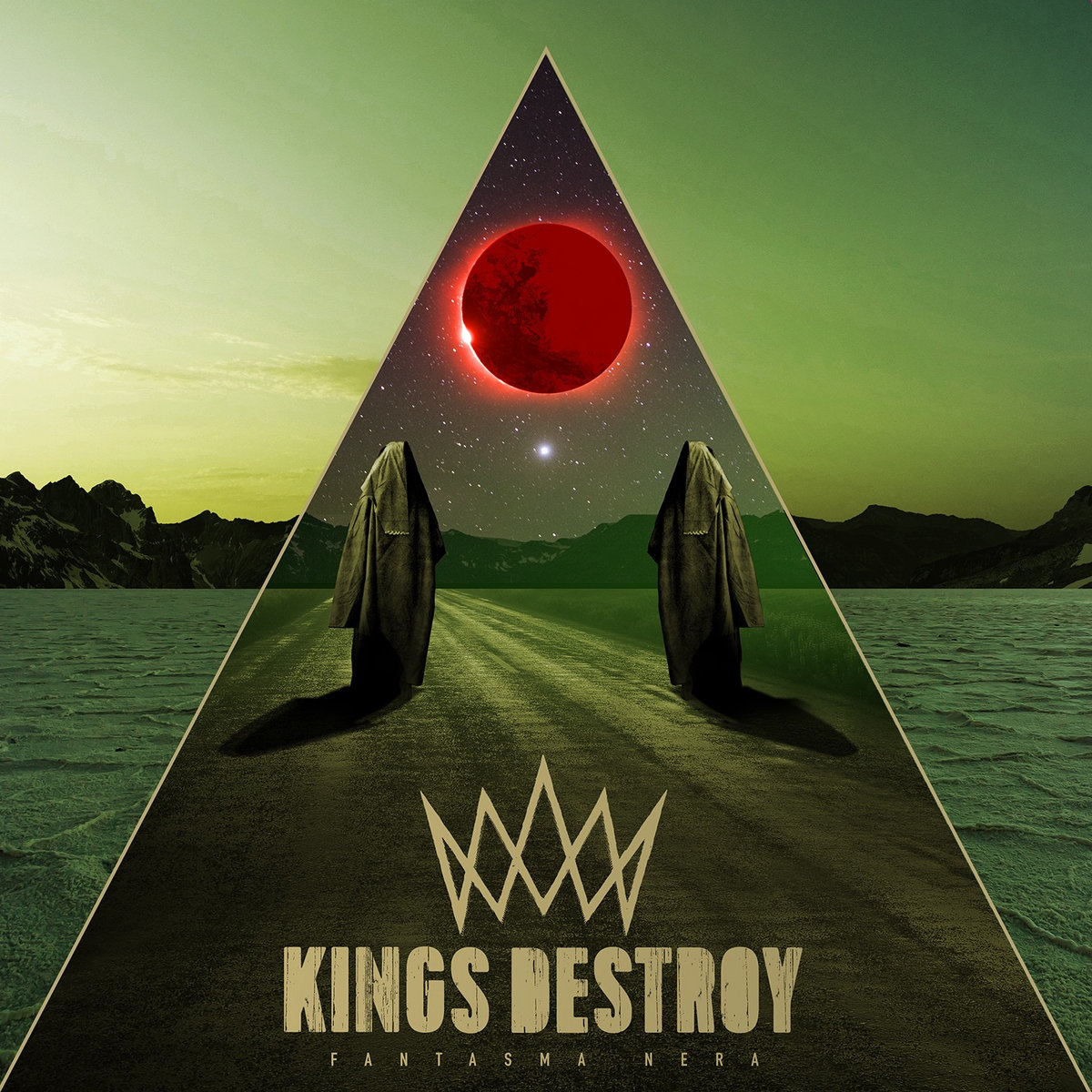 Well, there was one more release between the albums. And since I’ve seen Kings Destroy’s tape EP None More, I wonder about the artwork? It doesn’t seem to fit the band’s status or, let’s say, concept.

The EP None More does have a different style of artwork I suppose. I think if you look at all of our artwork you will see they are all different. It’s more like a piece of classical music with 6 movements and a story line through all 6 parts. Its about the Irish chief Bryan Boru and the Battle of Clontarf in 1014 A.D. where Ireland pushed out the Vikings for the final time. He released Ireland from the Oppression of the Vikings. The artwork on the cover shows an all powerful sci-fi oppressor of an unarmed people. As to me anyway, there is a direct link from the ancient history and more modern science fiction.

“If it doesn’t sound fresh or new to us, we really want no part of it.”

What’s the concept behind your band?

Kings Destroy operates in a place we like to call No Mans Land or NML. We cannot be easily categorized and in today’s world of hyper classifying sub genres that is probably not the best place to be in terms of reaching new people. I think this comes from our roots in the NY hardcore scene where the music we were making back then was similarly in NML. It has since gone on to be very influential but back then not many people were doing what we were doing. Kings Destroy has that DNA burned into our psyche. I’m not saying we are some groundbreaking band but I am saying no one will ever accuse us of being a second or third generation Electric Wizard or Black Sabbath or any host of influential ‘70s psych rock rip-off bands. If it doesn’t sound fresh or new to us, we really want no part of it.

How did you spend this period between None More and Fantasma Nera albums? Did you write new material or did you actively perform your music as always?

We spent the better part of 3 years writing and rewriting and honing in the songs for Fantasma Nera. We vowed to go over every second of every song over and over until we were happy with it and even then some of the songs changed a bit in the studio. To say the thousands of hours were put into Fantasma Nera would be an understatement. None More EP was something Cwolf had been working on himself and brought it to the band. I had this idea about Bryan Boru and it seemed to fit the concept. We took a month off of writing Fantasma and recorded it. 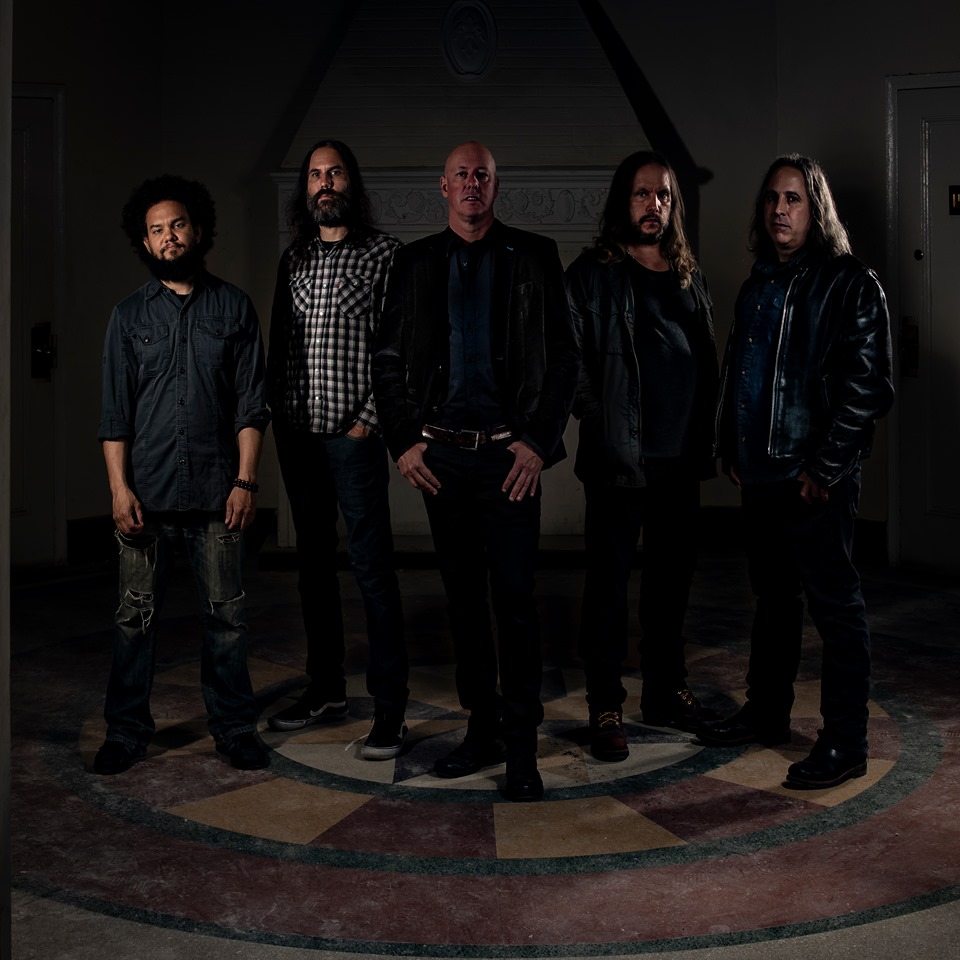 As I understand it was the first time you worked with David Bottrill in the studio?

David Bottrill mixed our second album A Time of Hunting. We were well acquainted with his body of work and we loved the mix on that album. I flew to Toronto to meet with him to see if it would be a match and we just hit it off. He is a big part of the way Fantasma Nera sounds. His work ethic and patience throughout the process was amazing and his dedication to detail is unparalleled. He pushed us to the limit without breaking us! I think the album is accessible for a wide range of listeners. We do not feel that we lost any of our original fans.

How did you work with David? How much of his influence is in these songs?

Carl and Cwolf wrote all of the music. In a break from tradition, they also wrote a lot of the vocal melodies and lyrics. in the past that would have been 75% me and 25% them. This time it was 75% them on lyrics and vocal melodies and 25% me. Obviously I had to make the lyrics and melodies my own so what ended up on the album was often very different than the original demos. David Bottrill was instrumental in hong the songs to be their most efficient and also a great listener for us to bounce ideas off of. He had input in the song structures as well as the melodies. He didn’t write any of the music but if he felt a part of a song could be stronger or needed a different riff he would encourage us to go back and figure it out. In the studio, he worked tirelessly to get the sound we wanted and he had input on that as well. He’s a great human being and a total pro. I think I can speak for every band member in saying it was an amazing experience to work with him and we take a lot of pride in the finished product.

This time you have one song with French lyrics, do you have French roots or was it something else?

I have spent about 25% of my life in France and speak fluently. I’ve worked there and spent a year there as a child. I’ve always wanted to do a song in French and it seemed like it was time..

One of the album’s most potent songs “Barbarossa” describes feeling of soldiers dying in battle. Did you dedicate it to one particular war or was it planned as a universal song?

This is a very insightful question. It’s about a specific mission in World War 2 between a group of German soldiers entering Russia. However it’s also got a theme of forlorn hope that is universal. Many places in the 3rd world come to mind off of the top of my head.

I remember that you stay close to your roots and some songs on previous album like “Smokey Robinson” and “Mr.O” are tightly connected with American culture and, partly, history. Do you have songs of such kind on Fantasma Nera?

Carl and Chris are from Yonkers and Carl, Chris, Rob and I all met in the Bronx which is right next to Yonkers. “Yonkers Ceiling Collapse” is certainly in the same vein with its imagery and background story.

What’s the story behind the album artwork?

Josh Graham came up with the concept and we really liked it. We wanted a warmer album cover than the last album which depicted a cold grey upside down NYC. The artwork is open to interpretation completely but for me given that so many themes in the lyrics revolve around working towards death or facing demons, the artwork subtly captures some of those ideas. The vastness of the universe versus the smallness of our own existence. I also like green!!!

Fantasma Nera is something new for Kings Destroy, and I believe that a lot of people were surprised with it. Do you feel that you stepped on another rock territory?

The reception has been amazing. It is not only the most listened to album we’ve done but it also garnered the most attention from the media. We have been really humbled and happy with the reception. This is a needle in the haystack industry. If you try to define your bands success by anything other than the music you create you will be very unhappy. We enjoy creating and will continue to do so. We’ve been fortunate to tour the world (except Russia, Ahem)! We don’t take any of this for granted. We love to tour and hope there will be more opportunities to come!