Can you elaborate on the formation of Sageness?

Dawyz: I had been playing in punk and metal bands but I felt stuck and wanted to get myself involved in other fields and learn new things like testing pedals or coming out with a good beat. I knew I wanted to try something with a stoner air, parts with delays and I wanted it to be instrumental. I met Fran (drums) in a birthday party. He had not been playing for a long time but he really wanted to do it and became hooked up in the groups I passed to him. After a few practices together, we added Koke (bass). Koke had the same situation as I had, he came from hardcore and wanted to do some stoner and post-rock things. So, we started to practice and the first songs came out, the song we included in our first Ep.

After a while, Koke moved to another city to work and Fran and I spent the time composing new songs which later formed Akmé. In the meanwhile, we met Cesar, a guitar player who had a strong desire to play the bass. We did some concerts around the city but, when we were going to record, he left us to play the guitar in another project. We then called Michi, who played the guitar in my previous metal band. He had played the bass before and we got ready to work. He gave a new and different perspective to the songs. He recorded Akmé with us and we did some concerts as well.

Currently, Michi is engaged in a metal project and Fran is working in Barcelona… but I’m still composing and practising with Fran every now and then. The idea is to keep on creating something more elaborated and without being rushed, keep on learning and try to always leave something registered.

“Music does not need words to tell”

What does the name “Sageness” refer to in the context of the band name?

The name was Koke’s idea. It means something like wisdom or common sense. We really liked how it sounded and how our mouth was filled up with that word, …just joking! There are still people who don’t pronounce it well.

Maybe we didn’t start with a lot of wisdom but we did with a lot of common sense! I think the name fits with the instrumental songs we play. As someone said: “Music does not need words to tell or transmit something; the vibrations and sounds speak for themselves”. 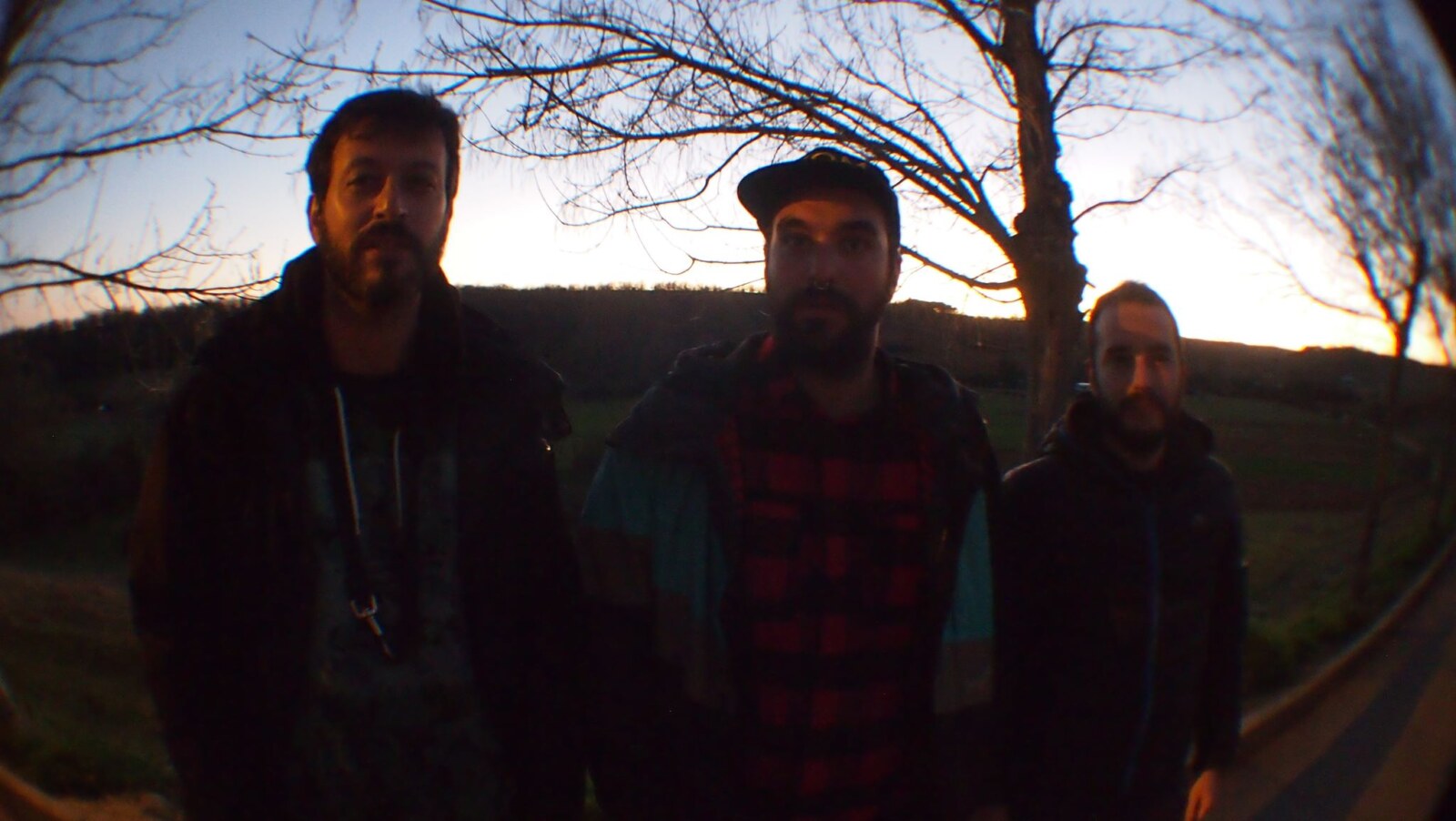 I was born in Madrid but, after several transfers, I ended up in Leon, my family’s homeland. I started to play the same Spanish guitar my mother learnt with back in 1969. I think I was about 12 years old when I came across it at home. I’ve always listened to music and I started with my father’s vinyl records. Luckily, he had records from great rock and progressive bands because he had been a disc jockey in rock discos in Madrid. So, there they were: Black Sabbath, Led Zeppelin, Uriah Heep, King Crimson, Pink Floyd, Deep Purple, Jimi Hendrix, AC/DC, Yes, Jethro Tull, Camel, Genesis, Boston, Kansas, Alan Parson…etc. I also spent hours watching MTV or VIVA when I arrived home from school. I’ve also bought a lot of records, and I’m still doing it. I’ve always considered myself a music lover, open to different genres and to the search of new sounds, new experiences. The first CD I bought was from K7; afterwards a lot more CDs followed. I’ve been buying vinyl as well since a few years ago.

It took me some time to create the sound I wanted, or that really filled me, the sound I was searching for an instrumental band. I sold my old equipment and I saved up for a while in order to buy new equipment, an amplifier and a second-hand guitar. I started to experiment with pedals and, little by little, I found what I liked, and I kept this configuration. I don’t know how to describe my sound but I enjoy it, I enjoy the band and, when I’m alone, it makes me transport myself and gives me goosebumps. But it is also energetic when it needs to.

You recently released your first album Akmé. Is there a lot of time and preparation that goes into a recording session?

Not actually. I prepared some quick demos as a guideline before going to the studio. We did think about the structure of some songs we have always played in jam mode. Michi learnt the themes already prepared and he made the lines of bass he wanted. It was very fast. The song which took much time was “Sizigia”. It was a song I had composed some time before and Michi left some beautiful bass lines in this more post-rock song. Fran also had to grit his teeth for the recording. We’re still learning things and we made more general rehearsals but nothing out of the line. For the next time we wanted to prepare demos with our ideas better recorded.

It was recorded in the studio of a friend, Nacho. He only has recorded his own band, Rawcolors. I don’t know much about studios but I can say it’s a modest one but Nacho really knows his work. We recorded for four days and the truth is that, although several problems delayed us, Nacho did a very good work; we are very happy with it.

Then we decided to send it to Marco Lima from Hertcontrol Studios to mix and master it. I had listened to several works recorded, mixed and mastered by Marco and we were sure about him; Marco has something special that my ears love.

We also were very lucky with the support of Berto, from Spinda Records who looked for a co-edition for our album. Thanks to him and other small Spanish labels, our album could be edited in vinyl format. It’s a dream come true thank to all these people.

Personally, I play my guitar unplugged almost every day but not for much time really. I use to go to the rehearsal studio two or three hours a week. As a band we used to go a couple of days a week.

We had the chance of doing some concerts in our town, supporting and playing with some other bands we liked such as Astrodome, Somali Yacht Club, Mother Engine, Sulfur Giant…and we have discovered a lot more. Enjoying such bands at home was beyond imagination. 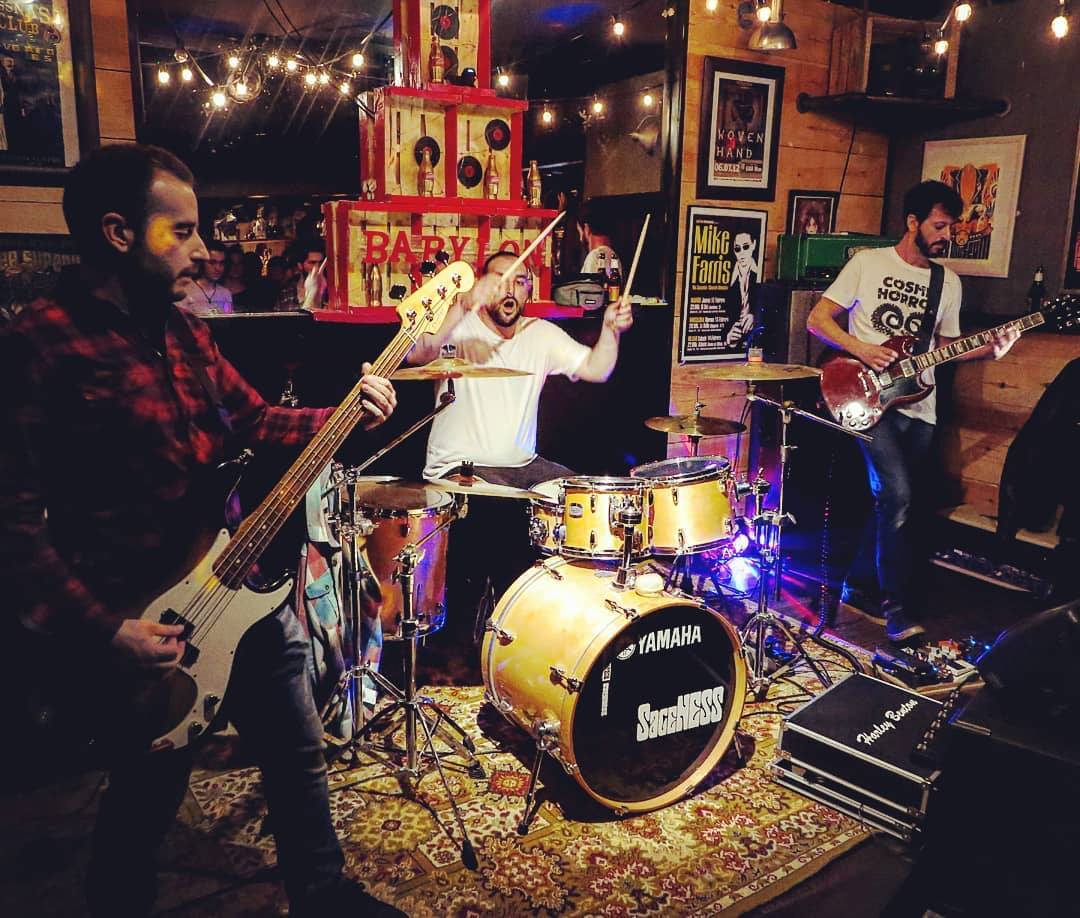 I’m recording demos at the moment and we are going to try and create new songs step by step, overcoming the distance and trying to gather at the studio as much as our respective jobs allow us. I think it will be something gradual but we hope to keep on and improve.

I name you some but more related to this genre:
…And the Circus Leaves Town by Kyuss
Wish You Were Here by Pink Floyd
Live Vol. 1 and Euporie Tide by Colour Haze
Orion by King Buffalo
Search Results
Web results
Self-titled by Sungrazer
III by Weedpecker
Holy Smoke by Lee Van Cleef
Self-titled by Egypt
Soma by My Sleeping Karma
Dead Roots Stirring by Elder
Phoenix by Summoner
Through the Eyes of Heathens by Dozer
… there are too many great bands with great records, I must say.

Lately, I’ve discovered and hallucinated with Saint Karloff, Mondo Drag, Hawkeyes, Híbrido, The Wild Century, Wild Fuzz Trip, 35007, Monomyth… among other really amazing bands. I think it’s a very good era for those who like listening and discovering new bands.

But I also look backwards sometimes. Not long ago I even discovered great bands from the 70s which were overshadowed such as Roy Buchanan or Seiche. I think I need several lives discovering amazing bands and enjoying them as well.

Thanks to you Klemen. I’d like to add that music is for listening to it and for sharing good vibrations. In my opinion, nowadays you can support those you think deserve it, without formulas or intermediaries. There are a lot of bands and there are a lot of searchers of sound experiences, so there are more opportunities for people like us. I also think the relationship band/hearer is more personal, real and satisfying. I speak from the experience we’ve had this year after seeing the acceptance Akmé has had. We are very grateful to all the people we’ve met, who have supported us and contacted us. So, it’s been a pleasure.

I send you a warm hug from Spain.