Big Scenic Nowhere is collaboration between guitarists Gary Arce of Yawning Man and Bob Balch of Fu Manchu. They have been acquainted since the ‘90s, when Fu Manchu would practice in the garage of the house Arce lived in with other members of the desert scene.

Was there a concept from the beginning to form a super group from desert scene?

Bob Balch: Not really, we just had people in mind that we both knew. Some of the musicians are from Washington, Sweden, L.A., Texas. It’s all over the place really. Sure there are lots of people from the desert on the record, but there are just as many others from outside that scene as well.

You know Gary Arce for many years and you actually rehearsed with Fu Manchu in the garage of the house Gary lived in with other members of the desert scene. What was that like?

Business, writing and rehearsing. We didn’t really hang too much. The drive from the coast is like 2 1/2 hours so once we got done jammed we hit the road usually. Those are all good dudes though. We’ve had a few hangs, but when we were there we were writing for The Action Is Go.

So basically Big Scenic Nowhere is you and Gary jamming together? How do you usually approach music making?

I do it a little differently, so this is a learning experience for me. I usually stockpile riffs and then offer up my favorites that won’t get out of my head. The way Yawning Man records is jamming and then building from that. I like both ways. We just did a third record where we jammed for three days. I have 5 hours of music to sift through and put together. Thank god Tony Reed is assisting with that.

The whole lineup is out of this world. How did you choose who you want to work with?

People we know. People that we thought would sound good over certain riffs. There are a few people that didn’t make it on this record due to scheduling conflicts. Maybe on the third one? I don’t wanna jinx it but we’ve already confirmed some killer well known musicians for the third record.

Gary, Bill Stinson, Nick Oliveri and myself jammed for a day, and then recorded drums for a day. I went home with the jams and started getting them mixed. There was a cable issue that Gary was having so we pulled a bunch of frequencies out and made it a song within the jam. I gave that section to Tony Reed and he came up with “Altered Ages.” Pure prog magic! Per Wiberg added some keys in the beginning and end. Lisa and Ian from The Well added stuff to the middle section too but I thought it would sound rad if they did the intro and outro by themselves. Mario Lalli did bass for “Towards The Sun” during the studio session, I added guitars at home and Thomas from Monolord added vocals and emailed them over. Tony Reed added some vocals too. I think both of their styles in one song is pretty massive! 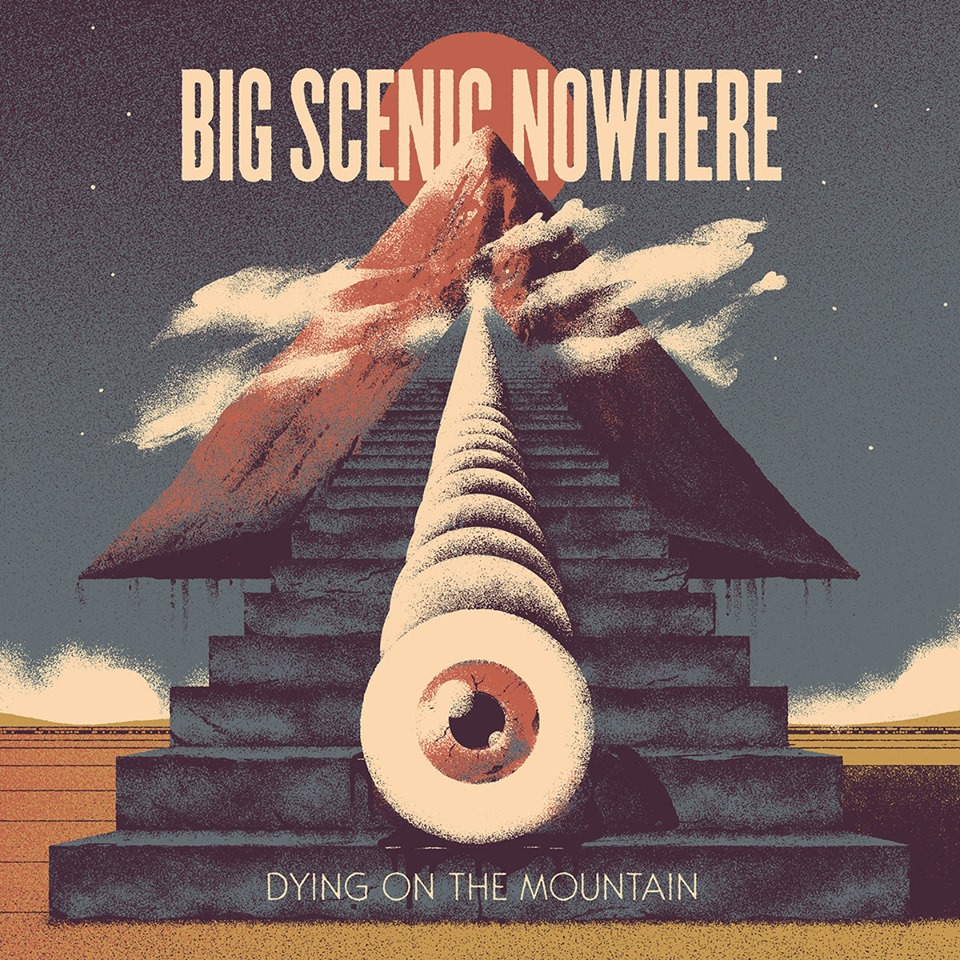 What is the dynamic between you guys?

It’s pretty fun. Lots of laughing. Beers and burritos. Nothing too heavy. We leave that to the music. Pretty easy going bunch really. Lots of open minds. We are just having fun creating stuff.

I dig it. Sounded good even before mixing which is a good sign. I get freaked out if the music doesn’t sound good right off the bat and we have to fix it later. I really enjoy my guitar tone on that EP. First time using the signature ROLA head.

You have a new album scheduled via Heavy Psych Sounds for 31st January 2020. We are excited to hear it!

I want you to hear it. I’m super proud of it. Lots of work went into it. Lots of handwritten notes about song structure, keys, beats per minute. Like a mad scientist. I look at those notes now and don’t know what half of them even mean. Maybe I should stop taking late night notes?

“From Pink Floyd to Black Flag.” 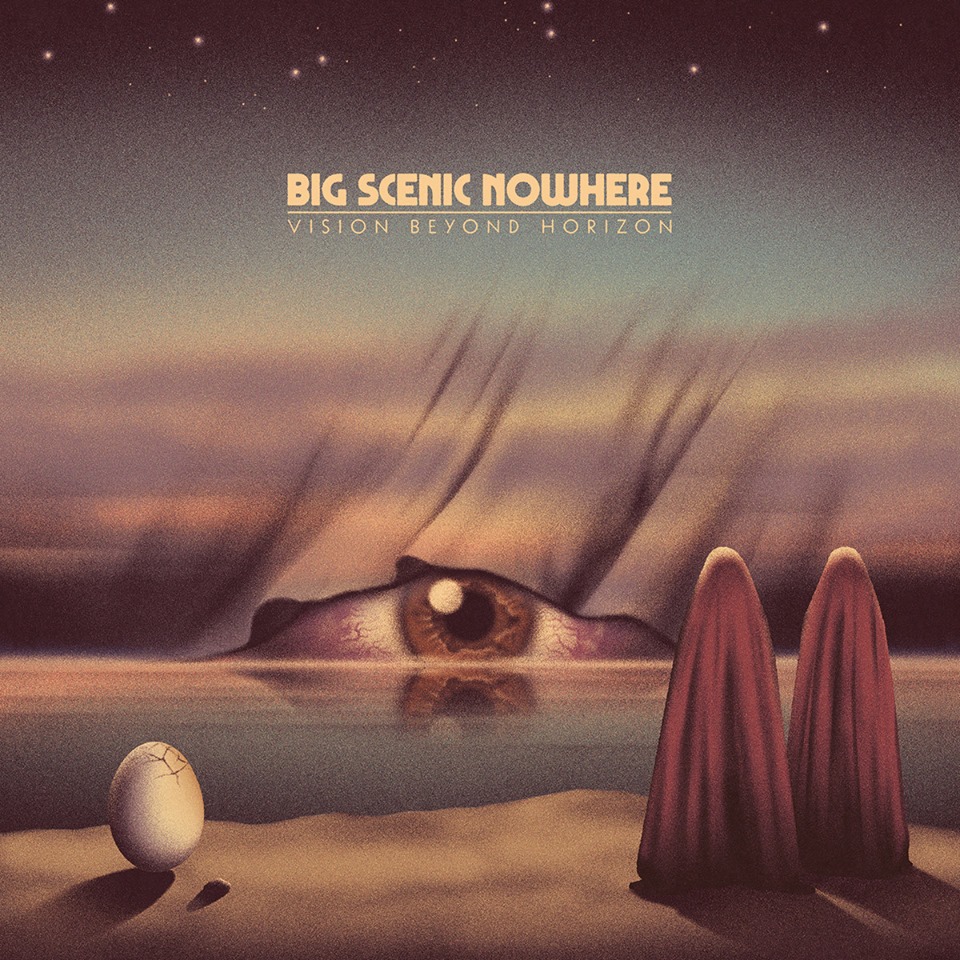 How would you compare it to your debut?

Songs. Thought out songs. There is some jamming but the structures are more apparent. Lots of styles too. From Pink Floyd to Black Flag.

Keep recording. Get this third record out in 2020. Maybe play some shows with part of the lineup?

“I feel like things sound contrived when I’m too prepared.”

Pretty important. I’m a jazz nerd. I love to improvise. Almost every solo I’ve ever recorded was improvised and relearned later. I feel like things sound contrived when I’m too prepared.

Yes, once I purchased a hot tub 70’s soft rock came into focus. I’m 42 so I’m allowed to have an Ambrosia or Firefall moment while pissing in my hot tub!

I teach guitar on Skype and in-person a lot! 11 hours a day sometimes. I love it. Keeps my chops up. I think the main influences that leak through in my playing come from David Gilmour, Tony Iommi, Joe Pass, Eddie Hazel, Jeff Beck. I have to learn a ton of styles for work and I cherry pick what I want to use in my playing. It’s the best job I can have. I’ve gotten a lot better over the past few years because I’m forced to hold my guitar all day long.

What would be your definition of “desert rock”?

The rock types are comprised primarily of igneous and sedimentary rock. Metamorphic rock can also be found in the Tehachapis in the form of marble.

I’ve been digging Black Mountain (interview here) a lot. Once and Future Band. Uncle Acid, Mastodon, Power Trip, Tame Impala. I’m all over the place. My favorite album of all time is Pink Floyd Animals. Devo Duty Know For The Future is pretty high up there too. Bad Brains Rock For Light. The first Cars record. I could go on and on.

Get Vision Beyond Horizon out Jan. 31st via Heavy Psych Sounds. Follow Big Scenic Nowhere to keep up with the massive amount of music will be releasing over the years!