My Meat is Alive, the only album by Power Bottom, is a celebration of noisy, crunchy, cyborg sexuality.

“Something fun and stupid and dark and loud”

What kind of album did you want to make?

I’ve never made music or noise but always wanted to. An event called RPM was happening (where folks are encouraged to write and record an album in the month of February) and it was a good excuse to finally follow through. My buddy Maria lent me an amp with some effects nobs and I started playing with the sounds made by sex toys. I’ve always used and liked loud sex toys but have felt shamed by some partners who were embarrassed by the sounds. This was a bit of a fuck you to them, I suppose, and a celebration of noisy, crunchy, cyborg sexuality. But I also just wanted to do something fun and stupid and dark and loud, so my intentions were not too serious.

How did you make this album?

Everything was improvised and recorded live on a portable digital dictaphone. The only ‘multitracks’ I used were achieved by playing back a recording off my laptop, while I played live over top of it. Everything was recorded in my dank basement over a few days in the middle of winter.

What kind of instruments did you use?

Aside from a couple of pieces from my roommate Renee’s drum kit, all of the sounds are made with sex toys – different kinds of vibrators, mostly; some thrusting dildos and electro-play equipment – turned on and either amplified through the effects settings on a small amp, placed in metal bowls, or set against drum skin. My vocals were also tweaked with a few effects, and on some tracks, elicited by using the toys on myself while recording (albeit the dank basement? Not the comfiest place to jerk off. Don’t tell Renee I did it on her drum kit stool [just kidding Renee I laid a towel down]).

Is this the only record you ever made?

It is. I have no background in music aside from playing some killer trombone in my junior high school band. I put the record on Bandcamp for the RPM challenge, then Feeding Tube Records picked it up for the vinyl release.

In 2001 a friend accidentally downloaded Iva Bittova from LimeWire and thought I might like it, since I was into artists like Tori Amos and Jorane. That was my first introduction to experimental music or musique actuelle. Later on, my pal Byron really honed my noise palette by introducing me to a bunch of loud weirdos, both on vinyl and in the flesh. I always wanted to join in, but never felt right about it. As for my non-basement life, most of it has been split between making smut and doing scholarly work; I’m currently working on a PhD in public health and porn studies. 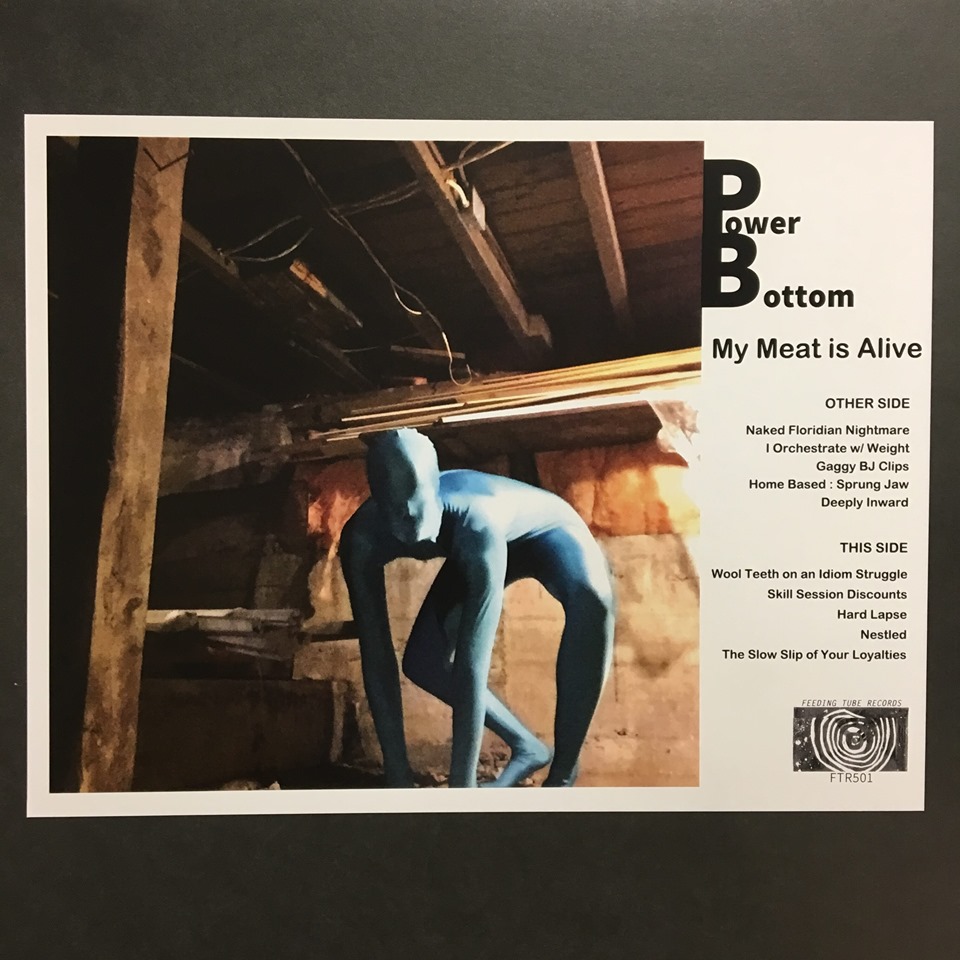 Is that you on the cover of the album?

My Meat is Alive is a kind of strange title.