Despite being originally formed in 2004 under moniker of Soul Hospital, this band is still buried in underground. Oldenwood from Vratsa, Bulgaria has only one full-length album in its discography. The Path Of Wisdom (self-released, 2017) is a kind of surprisingly interesting work made on the verge of traditional doom and heavy metal.

These songs have their own charm hidden in slightly raw, yet refreshing sound and the album shows that the guys obtain necessary skill of songwriting. This made me approach the band’s founder Vladislav Ivanov (guitars, bass, synths) to arrange this interview.

Vladislav, pre-Oldenwood project Soul Hospital was founded in 2004, and there’s only two tracks long EP in its discography.

Soul Hospital was founded as a one man project in 2004 with the creation of the song “Sadomagick Deliverance”, and the EP that we are talking about, I recorded alone in the following year. In 2006 the project was completed by Viktor Vasilev (drums) and Mariyan Elezov (bass guitar). Actually we recorded two more releases with Soul Hospital – a six song demo, and another live session demo. In this line up, we created most of the main riffs for the songs, later included in Oldenwood debut album.

What was the metal scene back then?

In between 1996 – 2001 I was a part of a heavy/thrash band Rangers, and we played many gigs, but after that band split up, I have to spent some years to finish my education. The first two years of Soul Hospital period were so poor of releases because of my dedication to Innerhell – another personal project of mine. It was a dark/ambient to black metal oriented musical project which released two demos and a full-length album in 2006 named Enemy Of The World with the support of Bulgarian label DOP.

So in the period between 2004-2006 there was not enough time for something more serious. Actually we do have one live performance with Soul Hospital, here in Vratsa, and we played all of our demo songs in the front of less than 30 people. These days metal scene here is almost dead. The good metal bands from the ‘90s were not active, and it was a long period of collapse. On the other side the power of internet that gives so much opportunities today, wasn’t so strong these days. The band Soul Hospital was left by us for two reasons: our impossibility to find a lead singer that we were looking for, and the departure of our bass player Mariyan Elezov, who decided to work in UK, where he stayed for ten years.

What did make you return Oldenwood back to life in 2017?

In 2016 I played in a local death metal band Pulsatory and one December evening after our live show I met Mariyan by chance in the backstage. I was very surprised because I did not know that he returned from UK. We haven’t seen each other for such a long time. We called Viktor and decided to make some rehearsal jams for fun. Then I met a young man Ventzi Nikolovski. He was invited from another local band to try to sing with them. I was there by accident and like his voice. Maybe a week after, when I found his phone number, we met and I asked him “Do you like doom metal?” and he answered “What is that?”… Well, he was more interested in alternative stuff, but now he likes doom metal too. So, in the spring of 2017 the band name was changed to Oldenwood, and became a quartet with Ventzi Nikolovski on the vocals.

Why did you change the band’s name? Wasn’t it easier to take the old one?

We played our songs only for fun and there was only a small circle of friends, that had the idea of what we are doing. We recorded several demos, but have made no attempts at media appearances with the exception of the mentioned boutique concert. So when we brought the band back from the dust, no one refused my proposal, of choosing a different name as a symbol of a new beginning.

You released your old song “Sadomagick Deliverance” as a single. It demonstrates your gothic rock influences which isn’t common in other songs.

“Sadomagick Deliverance” was the first song ever. We decided to make this record as a symbol of our reunion. Also we do like this song very much. Yes, there are a big gothic rock influences within this song and that was the reason to be released just as a single, and rerecorded as a bonus track later, because of its style differences.

The Path Of Wisdom partly consists of old songs written in Soul Hospital period. How long did you work on it?

The Path Of Wisdom is very important to us. With this record we completed everything left undone by Soul Hospital. Personally for me, as a main composer to much of the music in The Path Of Wisdom, this release was the breath of fresh air. It was a very long recording process. We are not a professionally working band, and as always, we do not have enough time to make the things, the way that have to be done.

We recorded all the songs alone, mainly in our rehearsal room. I already had some recording experience with Innerhell releases. I remember that there were four sessions only for the drums. We started recording them with fifteen mics in the studio of our friend, but didn’t like the result. Then we tried four mics, two, and finally left the sound of last session with only one mic, as we find it close to the result we were looking for. The vocals had two sessions. There wasn’t such problems with the guitars, but I have to compose and play all these background synths melodies almost in the last moment, and so on… So, yes, I think we really deserve to enjoy this album now.

Album was released DIY. How did you distribute it? Was it too difficult to find a label?

Actually we released only the demo in 2017. We made a lot of recording sessions for the album. The last version, released on a CD on 01.07.2018 is the final and official version. We released our debut in a limited run with the support of the independent music label The Spirit Of Goat’n Roll, that was created with this purpose. We do have some sells in Finland, Germany, UK, and much more here in Bulgaria and it’s fantastic. We hope to do the things the right way for the next Oldenwood release, finding a label to solve all these questions at once. 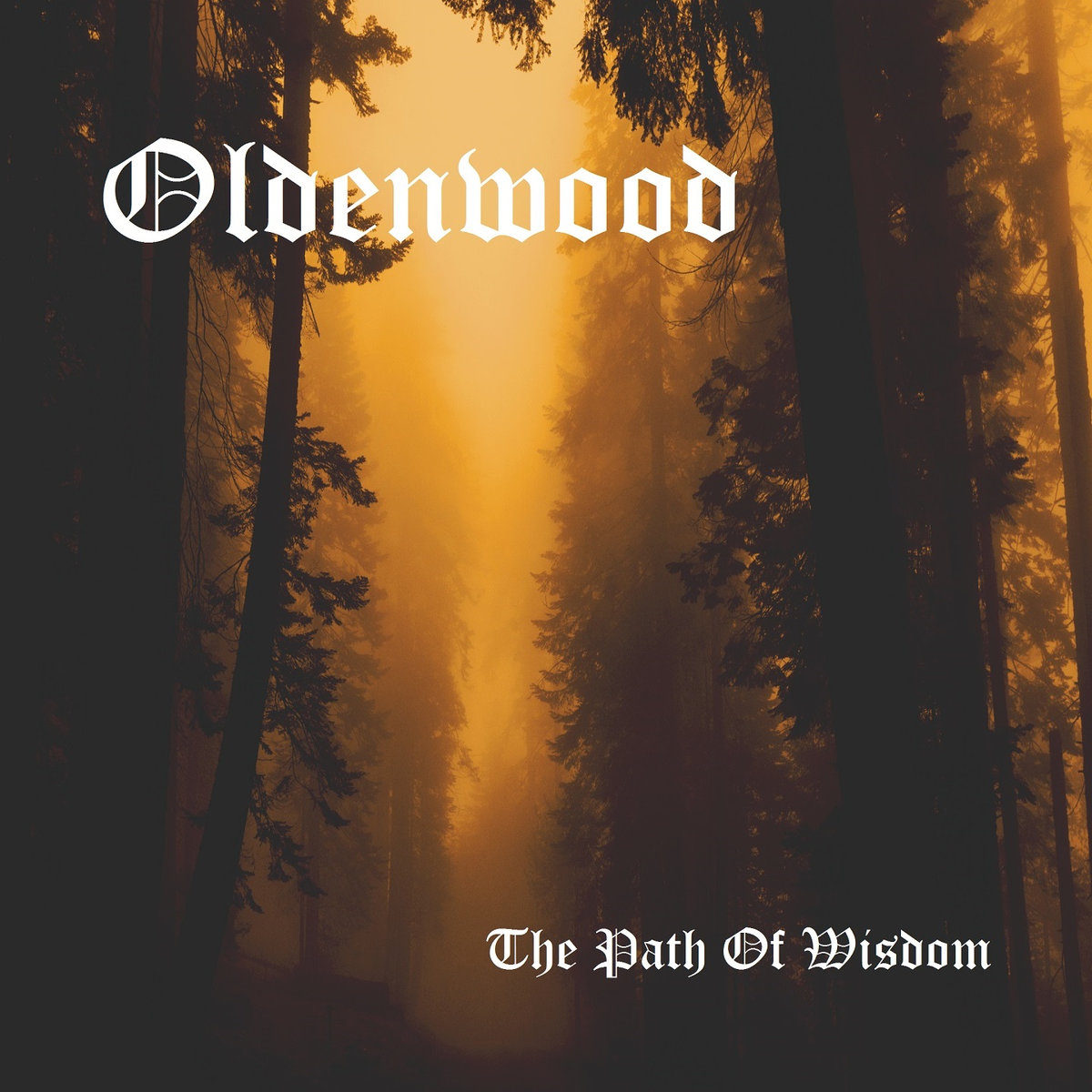 Do you consider Oldenwood as doom metal band?

I think our music is dominated by guitar riffs fully inspired with the doom metal scene, lined with a lot of atmosphere. In other hand, despite its multi-layered and at times epic sound, the compositions are simplified, but some of the vocal lines bring an alternative rock influences, which further complicates the determination of style involvement. Finally, we think about Oldenwood as a heavy metal band surely gravitating around the perimeter of the doom metal genre. But we are getting much more closer now, and we believe that our new stuff like ‘Spirits’ and ‘The Road Of The Goat’ already prove this.

How would you sum up your musical influences?

As a main composer to our music, I can say that there are many different bands, that inspired me. For me personally bands like Black Sabbath, Pentagram, Candlemass, Count Raven, Bathory, Paradise Lost, Tiamat, Alice in Chains, In The Woods…, and many more, the list is endless. 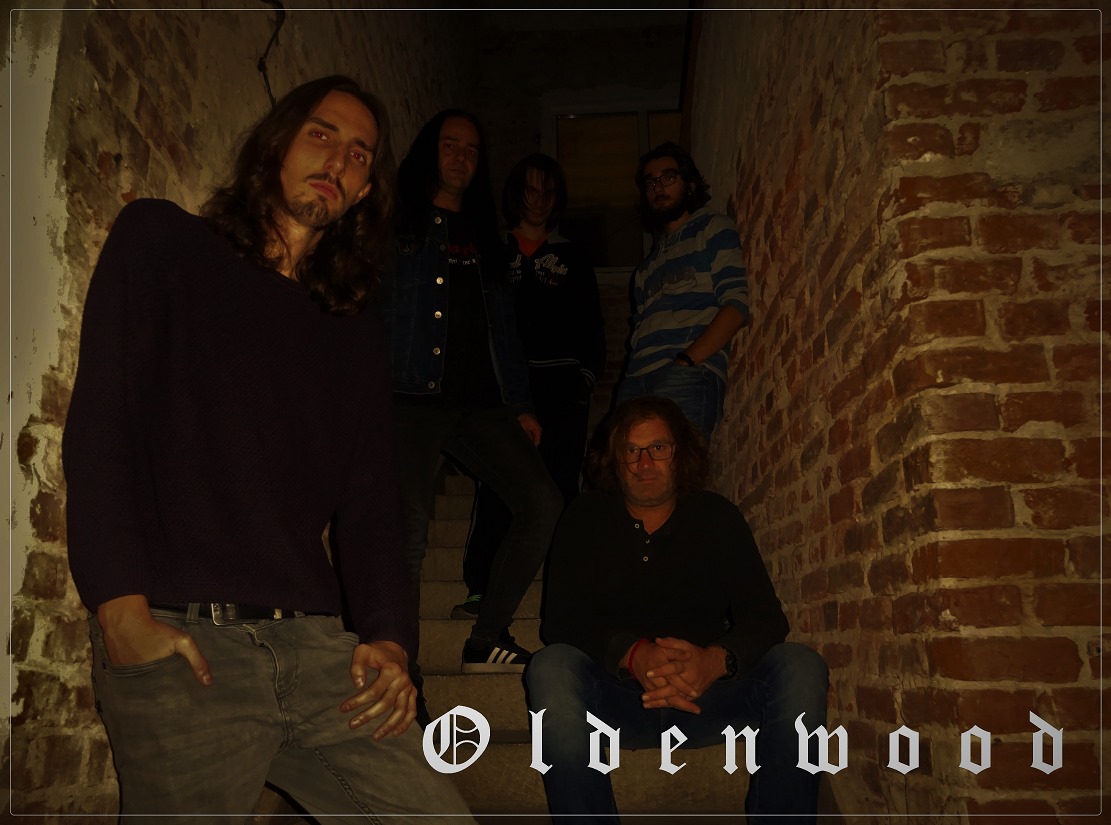 The Spirit Of Goat’n’Roll was released online in 2018. It’s a live album. Why did you decide to record this gig? Do you feel that live shows are Oldenwood’s strong side?

No. The answer to this question can be found in our credits. ‘This live session is from the very first reunion show of the band Oldenwood, recorded on December 16, 2017, under the new name and after a lot of years in silence. It’s not the best performance at all, but for us this take is a very special moment.’.

Symbol of Goat can be found on your releases. Is it really important symbol for you or do you just follow popular doom trend?

The Spirit Of Goat’n Roll was an idea of mine for a band name for a long time and when we released our debut, I decided to use this idea for the distribution, and for our debut live release. Has the Goat became a trend? All of us, metal fans, have met the debut’s of bands like Pentagram, Venom, Bathory …, so I think that the Goat is not a trend. It’s a cult. And when someone connect this symbol with his music, it will be a sign that he was given a respect to the creators of the genre.

So no “occult” or “satanic” stuff in Oldenwood songs? What themes do you prefer?

Most of our lyrics are an attempt at a philosophical view to the moral degradation of society, yet they are not socially engaged and are characterized by a depressing and at times melancholy attitude. With some exception, as lyrical themes in the songs are shared thought about past times, memories, despair, faith, dreams…

Vladislav, you’ve recorded this new track together with Venci Nikolovski on vocals. Does it mean that Oldenwood is a duo today?

No, we actually are a quintet now. Yes, we both recorded this song alone as a demo, but our bass player was very busy at the moment, so he gave us a green light for this record. This is something that we do very often with our new song demos. After our original drummer has left the band early this year, we invited Georgi Velyov, a friend from another local band, who gave us a hand as a drummer. We both played in a same band before, so it was very easy to start to work together again. Also, now we have a second guitar player. His name is Ivan Mladenov. Our new band members are playing together in a death metal band named Squad Of Death. So now, when we play our songs they sounds more completed and very close to their originals.

You’ve released a short demo in 2018. What about new tracks? How soon can we expect new album?

We already have six new songs, recorded as a demos and a few other riffs waiting to be completed. As the songs included in our debut, the new material isn’t a typical doom metal stuff, but again is highly inspired within the roots of this kind of metal. Ten years have passed since the creation of our old stuff, so we are very excited with our new songs, and we hope to find enough time to finish this Oldenwood release much quickly.