Kumio Kurachi is a 55 year old singer-songwriter and painter from Japan. His ‘Sound Of Turning Earth’ album is his first album released outside of Japan.

This title was one of the suggestions that I sent to Bison Records. I heard someone saying “where there is no sound at night, that’s the sound of turning earth”, and I liked it. I like the sound of the English title.

You recorded the album at home studio of Jim O’Rourke. How did you get in contact with him?

I played with some of Jim’s band members already and that’s how I got to know Jim. One day he said he wanted to record and mix my music, so I was happy. I appreciate his generosity and went to his studio when I had enough songs to record, which was about six months after the initial conversation.

How do you remember the recording of this album at his home?

I played live solo and he recorded it. Jim tried to capture the sounds as real as possible, I think.

Why did you want to make a solo album?

I’m a solo singer-songwriter most of the time. Sometimes I collaborate with other musicians or use overdubbing but the time for this recording was limited and that was part of the reason I didn’t think of collaboration or overdubbing and decided to play solo and record live. 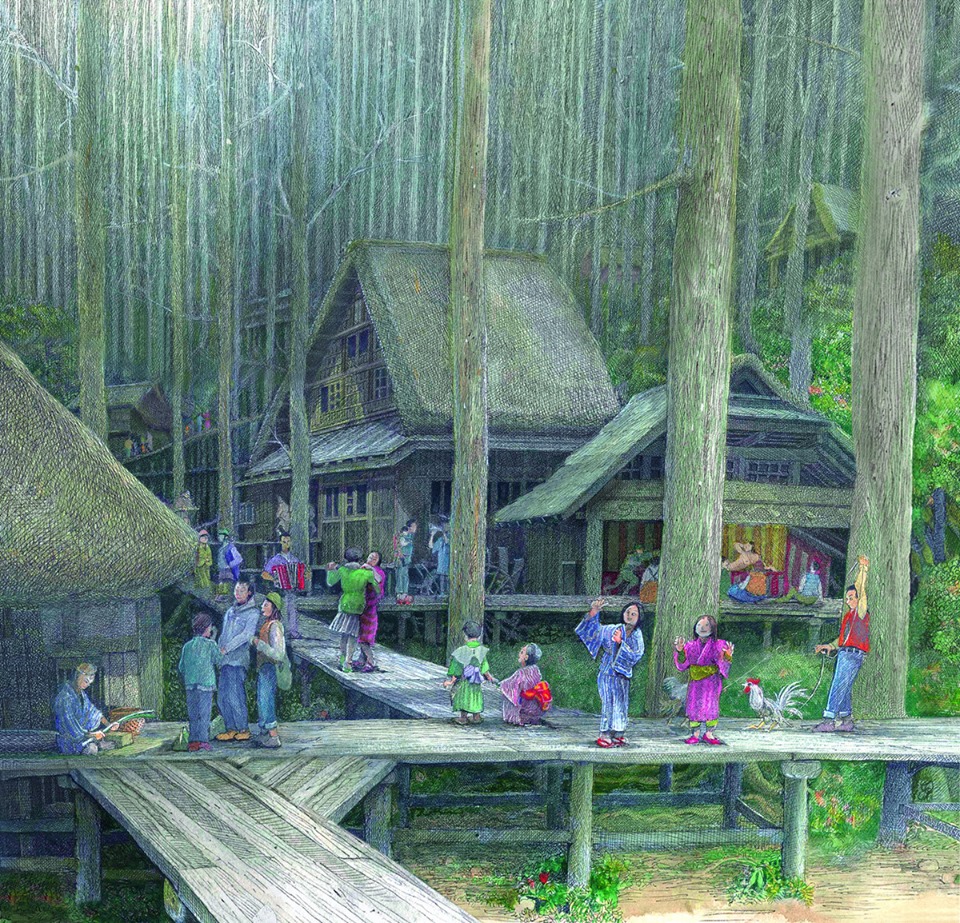 In which way does your music relate to the koto? Why do you play guitar, and not the koto?

I saw a man singing and playing the koto in Japan. The koto wasn’t tuned in certain ways and I only discovered then you were supposed to change the tuning on each song. I started thinking what if I used multiple capos on the guitar and tried to do the same thing. I tried the koto but it was so difficult to play. It’s not an instrument that you can learn so easily.

“I want to try all sorts of possibilities”

Why do you use your own tuning (instead of using ‘normal’ tuning)?

I got the ideas from what I mentioned earlier. It’s not only the tuning but I want to try all sorts of possibilities in terms of playing and making sounds with the instrument I use. It’s the same for song writing.

Do you see what you do as ‘folk’ music? And if so: what would your definition of ‘folk’ be?

I guess you’re asking this question because you’ve found the words ‘progressive folk’ in the introduction writing Abby from Bison Records did but I don’t call myself folk. I have always liked song based folky music though (Russian Жанна Бичевская, British Martin Carthy and Richard Thompson etc.).

If the definition of ‘folk’ is “songs that are born from ordinary life”, then I feel close to it.

Can you tell me what I see on the cover of the album? Is this a fictional image or a real one?

I initially made this drawing when I was asked to design a flyer for a theatre play in Tokyo and the story was based on some folk tale. They had no specific request so I drew this from imagination. The shape of the building is based on the old houses in Hida Takayama in Japan. The bridge like structure is from imagination. For some reason the people can’t put their feet on the ground. The time goes back from the front to the back of the image. There is no specific reason for this but I thought what if there was a place like this with different dimensions of time. I was drawing it thinking people might still live happily together and so on. I have been drawing since I was little so song-writing and singing for me are probably an extended line, I guess.