Sweet Chariot is a San Francisco and Oakland based band with members who prefer old gear and cold beer. Their timeless rock ‘n’ roll is a blend of pickled pub rock and greasy biker boogie trimmed in the smoky tones of West Coast canyon-twang.

Lean Into The Breeze is the band’s second album, but it’s their first for Who Can You Trust? Records. Sweet Chariot comprises singer/guitarist Eric Shea (Hot Lunch, Mover) and Planes Of Satori drummer Chris Labreche – both from the bygone band Parchman Farm. They also landed bass player Doran Shelley, a former member of The Cramps and Nik Turner’s Hawkwind. Ride The Blinds’ frontman Chris Guthridge completes the band with shared singing duties and top-shelf lead guitar playing.

How did you all originally meet to form Sweet Chariot and what was the original concept behind it?

Eric: Chris Guthridge and I first formed the band as an acoustic trio with our friend Noelle Fiore. The original concept was to sing Americana songs with high-lonesome harmonies. But we’ve since expanded into an electric four-piece with the occasional guest singers. And our sound has decreased in twang and increased in bang.

Doran: I first met Chris Guthridge back in 2003 or so at Rocker Studios in San Francisco. He was in Ride The Blinds and I was in a group called The Sort Outs. We all had mutual interests and naturally struck up a friendship. I was also going out to see Parchman Farm, although at the time I wasn’t acquainted with Eric or Chris Labreche. It was Rob Alper, our first drummer, who nabbed me for the bass slot. I was happy to oblige!

Chris L: I joined the band just a few years ago when Sweet Chariot’s original drummer, Rob Alper decided it was time to move on. He passed the torch to me, which was an honor because I was a big fan of the band when he was drumming for them. But I knew Eric from playing in Parchman Farm back in the day, which made joining the band a reunion of sorts. And I knew Chris and Doran from going to Sweet Chariot gigs and hanging with the band.

“The Tascam is widely known for its warm pre-amp circuitry that really saturates the signals giving it that old, warm, dreamy kind of sound.”

You have a brand new album out on Who Can You Trust? Records. It was recorded on a vintage Tascam 388 analog eight track by producer and recording artist Walker Phillips. Can you share some further details how Lean Into The Breeze was recorded?

Eric: We’re huge fans of the 388. Our friends Kelley Stoltz and Paula Frazer have recorded awesome sounding songs on similar Tascams. We recorded the basic tracks at Chris Guthridge’s place on his 388 with Walker engineering the sessions. Then we took the reels of tape over to Walker’s studio in North Beach and did vocals, lead guitars and some other overdubs. Walker and the band mixed down the record, song-by-song. 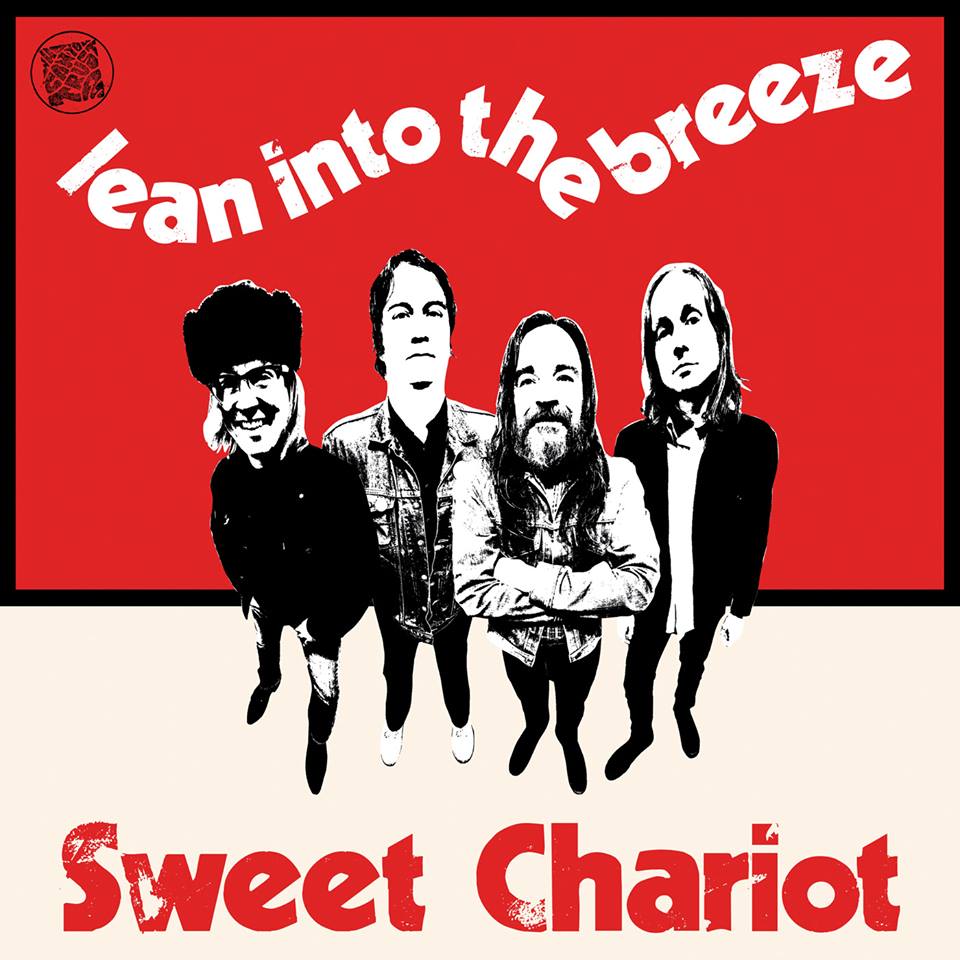 Chris G: The 388 is mine. I’ve been recording since I was a teenager on anything I could get my hands on. The Tascam is widely known for its warm pre-amp circuitry that really saturates the signals giving it that old, warm, dreamy kind of sound. Walker and I were in another band together and have likeminded recording techniques and tendencies. Walker was a huge help in that he loaned us some better mics and outboard gear and we could mix directly to tape in his studio which is, essentially, what you’re hearing. No sound integrity lost! And he could run the machine while I played.

It sounds like it was recorded in the early 1970s.

Eric: Thanks! That was somewhat by design. Most of our favorite records were recorded in the 1960s and 1970s, so we wanted to use old gear and classic recording methods to get our album to sound as timeless as possible.

Chris L: We recorded at Chris Guthridge’s house in San Francisco, which has the best vibe. His wife Tex cooked everybody shrimp tacos. Eric brought his dog Noonan over to chill with Guthridge’s dog Wilbur for part of it. It was like family. I think those things come through on the record.

What’s the songwriting process with Sweet Chariot like? Who wrote the lyrics?

Eric: It’s kind of like a pot luck – Chris Guthridge and I bring some songs to band practice for everyone to sample. If everyone likes what they’re trying out, we play them again and again until they feel like they fit in the set.

How would you compare it to your debut?

Chris G: This one is a different band and our sound shifted with the addition of Chris Labreche on drums. In some ways we have become more hard rocking, which if you know Rob Alper, our previous drummer, sounds ironic. The way we recorded this was much different as well. We were more laidback and I definitely had more freedom to do guitar overdubs and other textures and different takes because it was homemade. And while we still have a toe dipped in twang, we’re headed more towards the other genres that don’t have any boundaries.

Eric: It’s not that comparable to me – when our debut album came out, we were a very different band. We had Rob Alper from Hot Lunch on drums and Tom Heyman on pedal steel along with Noelle singing harmonies. And our sound was pretty twangy. Now with Chris Labreche on drums, our sound has evolved into something with less twang and more boogie – somewhere between classic pub rock, vintage power pop and our own sound.

Doran: It’s quite different. There is a cohesiveness that was lacking somewhat on the first LP, primarily due to the fact that it was engineered by two people instead of one. As Eric mentioned, the band has evolved into a different beast over the years, and this release definitely brings us up to date.

“We just get together, plug-in and play.”

You’re all coming from different bands that played variety of material. How did you all get together to create this ’70s influenced album?

Eric: It was just a natural thing – we bonded on bands like The Band, Unicorn, Big Star, Creedence Clearwater Revival, The Grease Band, Teenage Fanclub and a bunch of other stuff. It wasn’t like a premeditated thing where we talked about what we want to sound like…we just get together, plug-in and play. And this is what comes out.

What, if anything, do you have planned as far as touring goes for the rest of the year?

Eric: We have some SoCal dates as well as some more Northern California dates. I’d love to get the band to the Pacific North West sometime soon and then over to Europe for a few weeks in 2020. 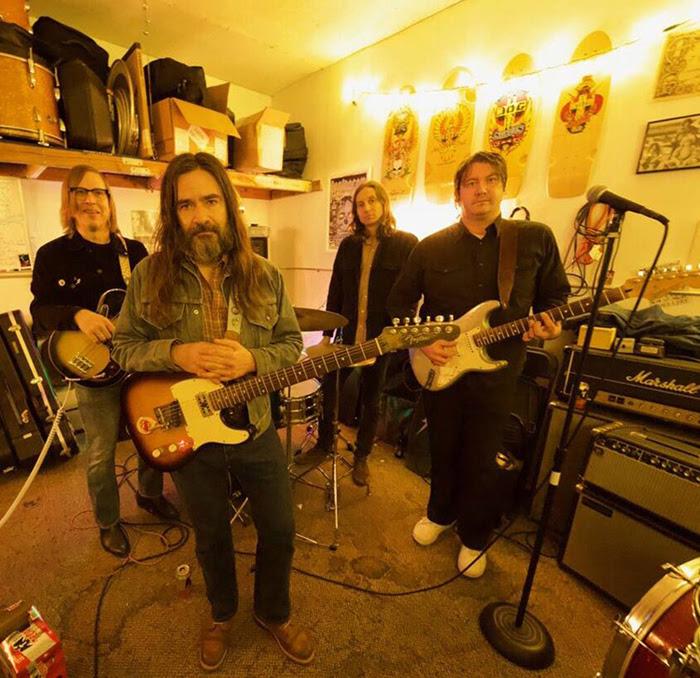 Chris G: Thanks to WCYT? Records for taking a chance with a band a little outside their box. I think fans of the label will find something there for them too. And thanks to anyone listening, reading and coming to support!

Doran: Many thanks to WCYT? Records for releasing this rock ‘n’ roll platter!

Eric: I just want to thank Who Can You Trust? Records for taking a chance on us and for keeping the faith! I also want to thank everyone who has supported us on this album.

Chris L: Thank you to Christian and to everyone coming to the gigs. Be excellent to one another and party on dudes!