Kalevala’s first album People No Names (1972) is considered a prog rock masterpiece by many a music enthusiast, but it was also the end of the road for that incarnation of Kalevala. The band broke up in 1974 but eventually returned with a somewhat different lineup and recorded Boogie Jungle in early 1975. Interview with Harri Saksala.

I was born in Helsinki, Finland 1948. My father was a amateur accordion player plus we had a gramophone at home, so there was lot of music in my life when I was a kid.

I started to study accordion playing when I was 7 years old. In the mid 50’s accordion music was popular in Finland and we had brilliant players.

What bands were you a member of prior to the formation of Kalevala (was Kalevala previously named Vietnam)?

I finished accordion playing when I heard Duke Ellington Jazz Orchestra live in concert here in Helsinki. I started to listen jazz records and changed my instrument to tenor saxophone plus I started to sing. That was year 1962, I was 14 years old then.

Two years later 1964 I formed with my school friends a band named TOPMOST. I played in that group until 1968. It was very popular pop/rock band in Finland. We made records, tv shows, concerts etc. We toured in Sweden and Denmark also.

After Topmost I sang as a lead vocalist in a band called SOULSET. We played jazz influenced soul and all the members were Finnish jazz musicians (the drummer was for example Edward Wesala (RIP) who later recorded to ECM label).

When Soulset period was over (summer 1969), me and Edward Wesala plus two other guys, we formed a first Finnish heavy rock band called APOLLO. Apollo played until year 1971.

Can you elaborate the formation of Kalevala?

Kalevala’s first line up played classic rock’n’roll. Elvis, Chuck Berry etc. That was in the beginning of the 70’s. I started with the group after Apollo 1971. That year the line up was changed and music style also. The band started to play progressive rock and we started to make our own music and I started to sing in Finnish. 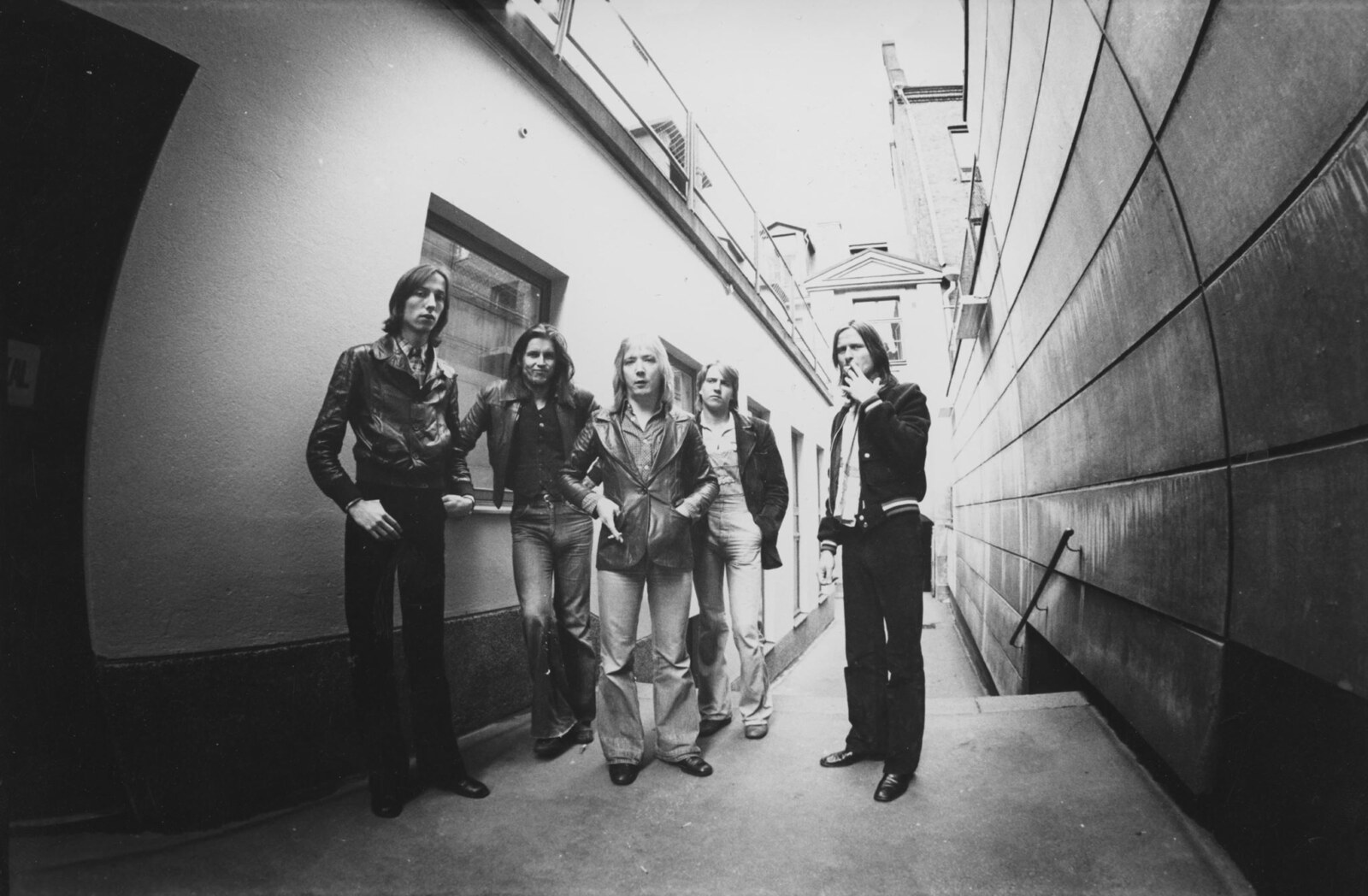 How did you decide to use the name ‘Kalevala’?

In the 60’s all the pop/rock bands in Finland had English names. And most of the songs were sang in English too. But that changed in the beginning of the 70’s when some groups started to compose their own music and write their lyrics in Finnish.
As you know Kalevala is a karelian-finnish epos, poems, collected by a guy named Elias Lönnroth in 1840’s. The group took the name which everybody knew in Finland, simple as that.

When and where did Kalevala play their first gig? Do you remember the first song the band played? How was the band accepted by the audience?

As I wrote before Kalevala started with classic rock’n’roll pieces.
I wasn’t a member of the band in the very beginning. I joined it when the band started to play progressive rock in 1971. The first song could be something from Elvis or Chuck Berry or Little Richards repertoire. The first gig happened in Helsinki but I don’t know the place. Old Student House in Helsinki? The band was accepted ok, but nothing big.

What sort of venues did Kalevala play early on? Where were they located? 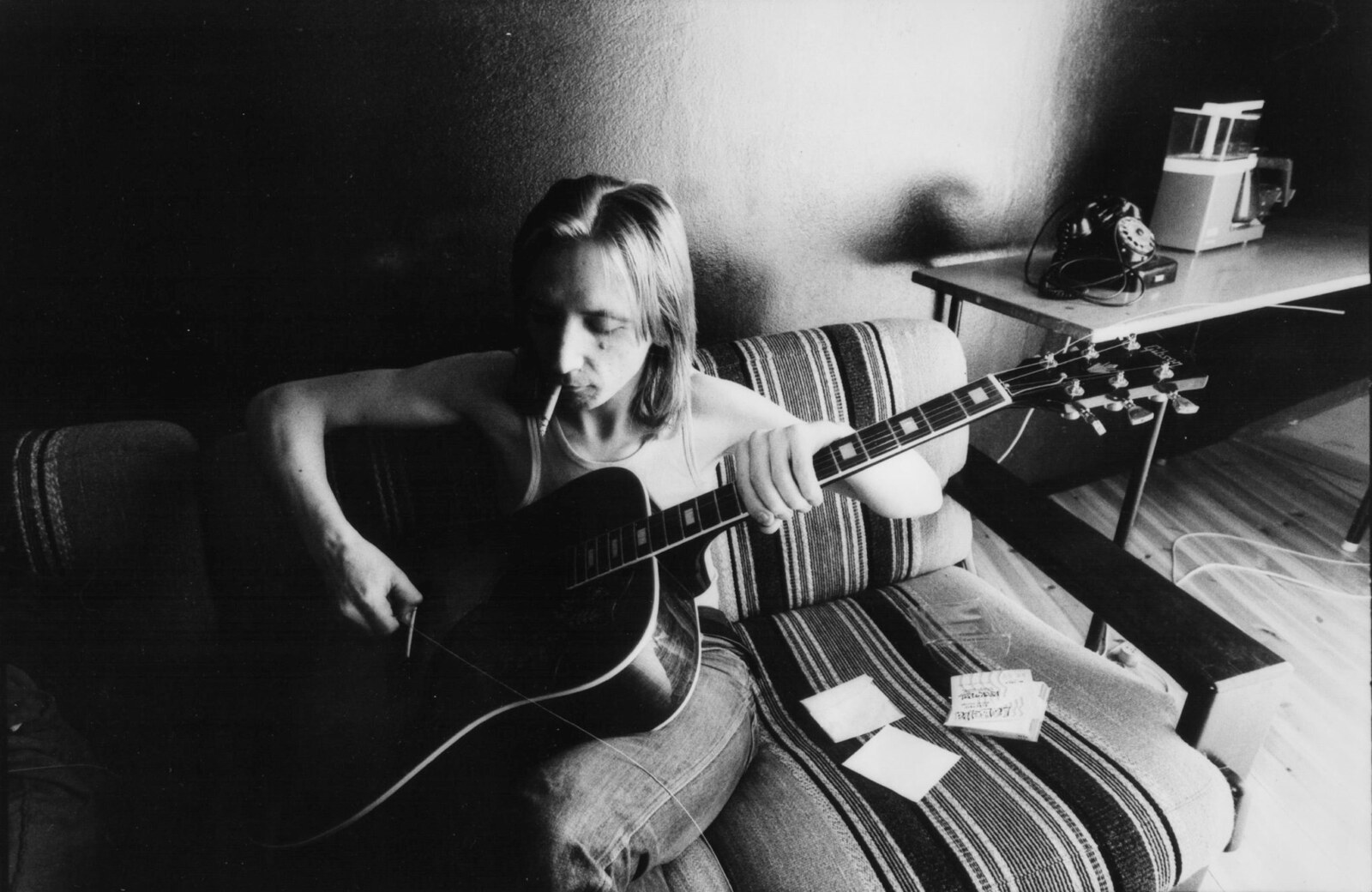 How did you get signed to Finnlevy Records?

In the late 60’s the Finnish record business changed. Young jazz musicians started a new company called Love Records and that company started to record totally new material: jazz, folk & rock.
Finnlevy was at the time the biggest record company and they tried to copy Love Records production ideas. They hired a new producer (our friend) and he opened the doors to Kalevala.

How many copies do you think were originally pressed?

I think the first pressing was about 1.000 copies that time. 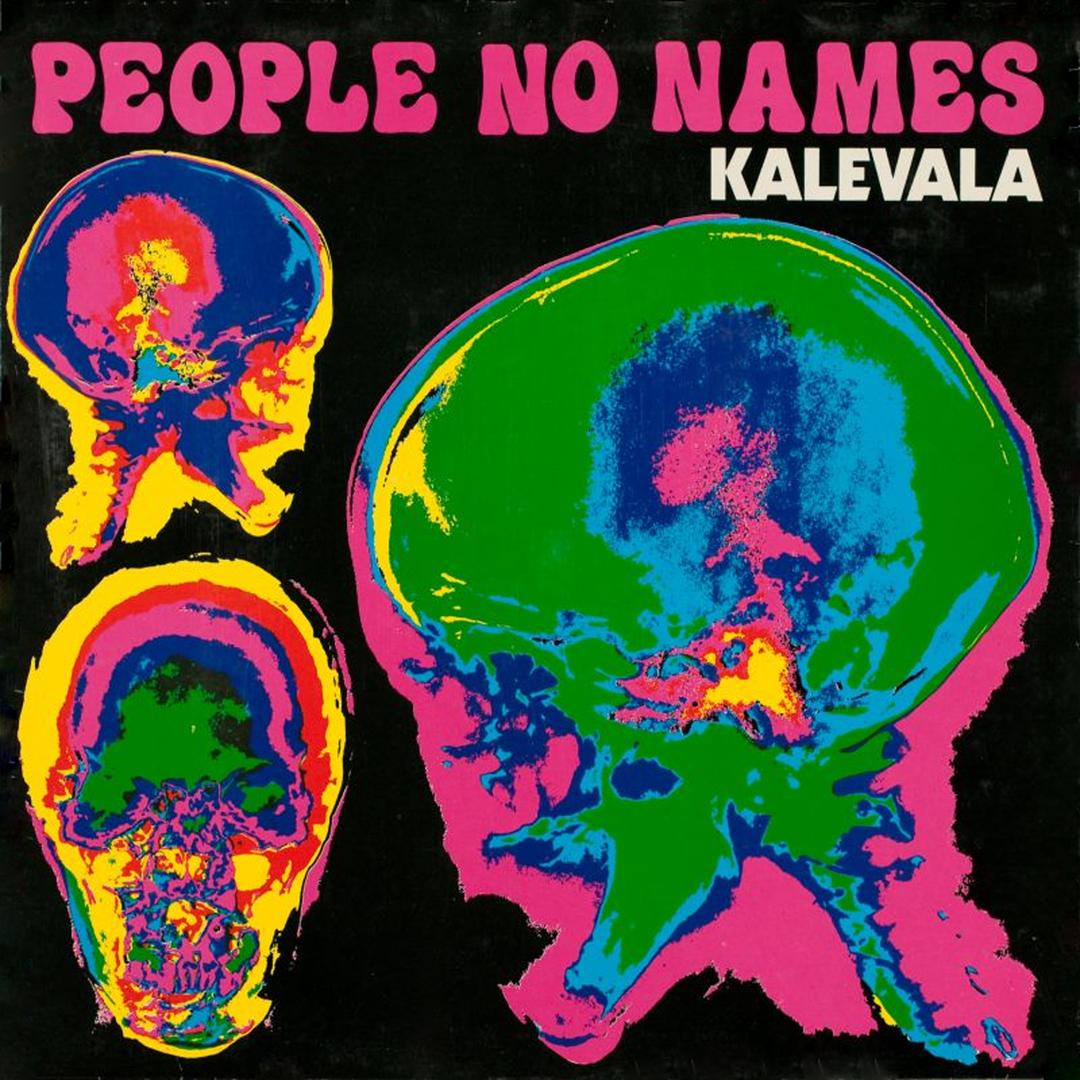 We taught we had fine material and that material needed to be recorded. Simple as that. So we contacted Finnlevy.

The LP was recorded at Finnvox studios in Helsinki. Finnvox was that time the finest recording studio in Finland (expensive too). In a way it was a small record factory. On the upper floor there were studios and on the lower floor there was a pressing plant.
The recorders were 8-track Studers. I don’t remember the mark of the desk (mixing console). Maybe it was Finnish made? But it was big and quite ok. Of course we had problems with the drum sounds plus bass. The producer was our musician friend Jukka Hauru (guitar player).
I remember we spent four days in the studio. Almost everything was recorded live (we had tough rehearsals before the studio).

The songs were made this way: Our guitar player Matti Kurkinen wrote the music and I (the singer) wrote the lyrics. At our rehearsal place we made the final arrangements together. Those arrangements we took to the gigs and if they worked live we taught they work in the studio too. We tried to avoid changes at the recording session. 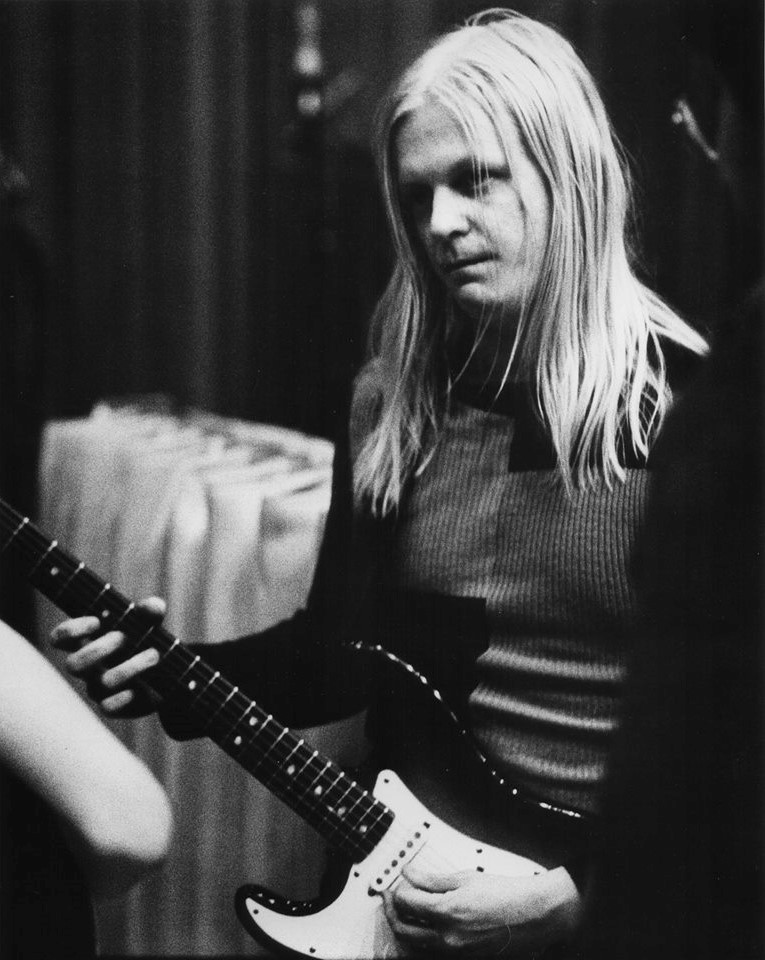 Sorry, I don’t remember the details.

No, I don’t think so. We had lot of material we played at gigs and we selected from that material songs we liked and that was that.

No. Our audience was quite small that time. Finnish rock scene was in the beginning. But our audience supported the band actively, we played every weekend.

Who is behind the psychedelic cover artwork?

The cover artwork was made by a friend of our bass player Lido Salonen. This guy had the idea plus technical equipment. And he was cheap and record company liked that (they didn’t know anything about rock covers)

We did not make tours that time, gigs only. But we were on the road all the time. It was fun (and in the winter time very cold in Volkswagen Kleinbus!!). 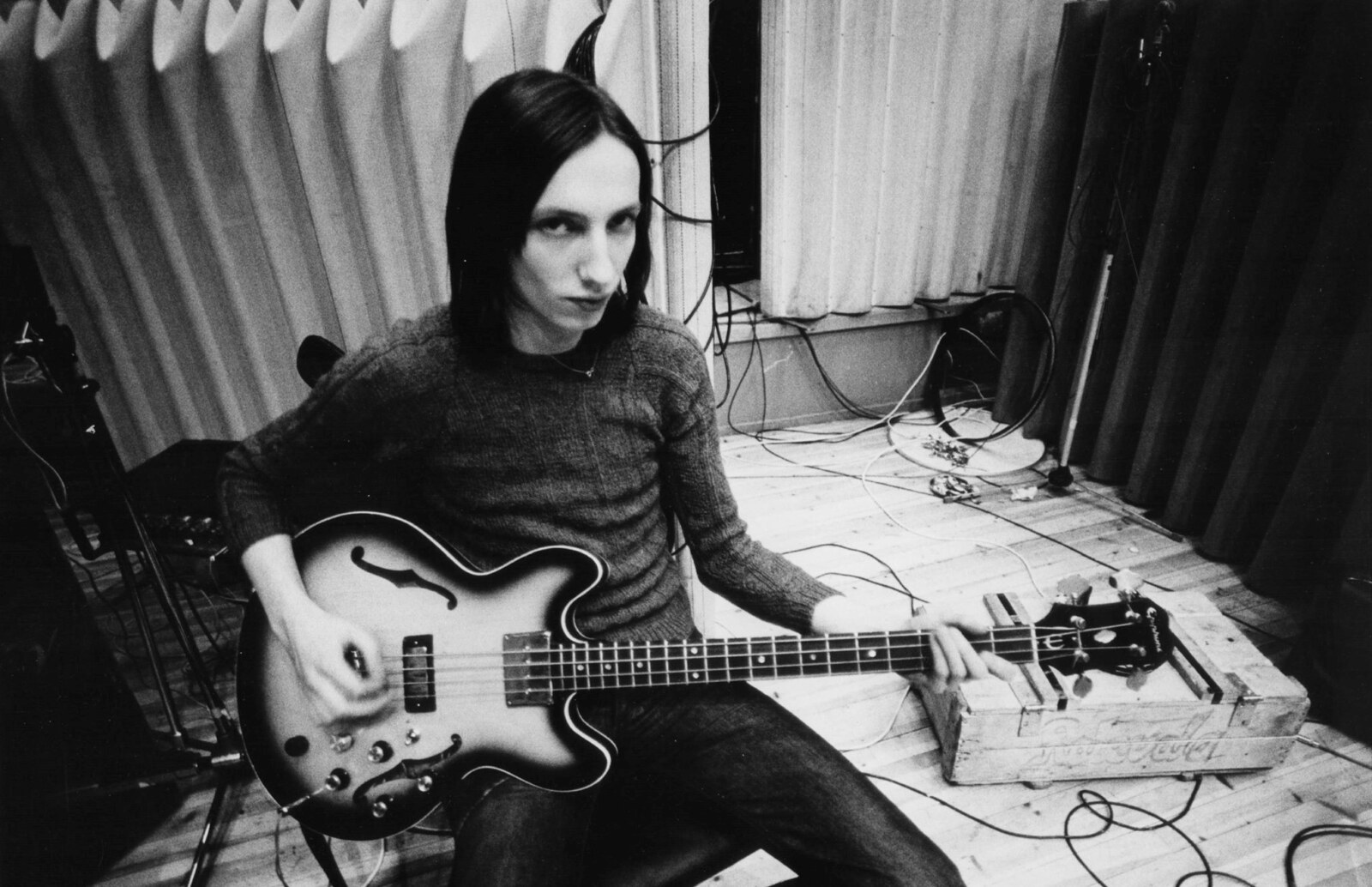 No. We hardly drank beer. We were so young. Our drug was the playing, the gigs, the audience, the girls etc.

Finnvox was a good studio but it was made for schlager pop.
We played live loud, we used strong amps. That meant difficulties in the studio, the meters of the desk showed too easily red!!

We had to work hard especially with the bass to get it sound strong. The sound had easily to much middle. We wanted more low frequencies. Same with the drums. But the final sound was quite ok.

How about your following two albums? Boogie Jungle and Abraham’s Blue Refrainwas were released by a label called Hi-Hat. How did you get in touch and what are some of the strongest memories from recording those two LPs? They both sound different compared to your debut?

I left Kalevala one year after the debut album.

Matti Kurkinen sadly died in a car accident after the second album was recorded.

Matti’s death was a real tragedy. So young and fantastic guitar player (he knew all the Hendrix licks and played live fantastic solos). And his first child was just born!! I wasn’t in the band that time anymore.

You also toured Poland and France? What were some bands you played with?

I did not tour, I had left the band.

“The rock culture was small that time, real sub culture”

Were you friends with other bands from your country? What was your opinion about the scene? There were a lot of interesting albums being released in your country.

Friends with other bands, of course. We knew all the bands and all the musicians. The rock culture was small that time, real sub culture, it was like that in Finland and other countries too. I liked it very much. I like sub cultures still.

I left Kalevala 1973. That time I still worked at the Old Student House and we arranged a tour for a band from Chile, Quilapayun. At the same time when the band was touring here the military coup happened in Chile and the band couldn’t go back to their country, they had to stay in Europe. When they had left Finland I formed a new group and I took the model from the Chilean group. Folk+etno+old labor songs etc. Band was called Punainen Lanka. With that group I toured in different countries, we made records etc.

Yes. That’s the way it goes. 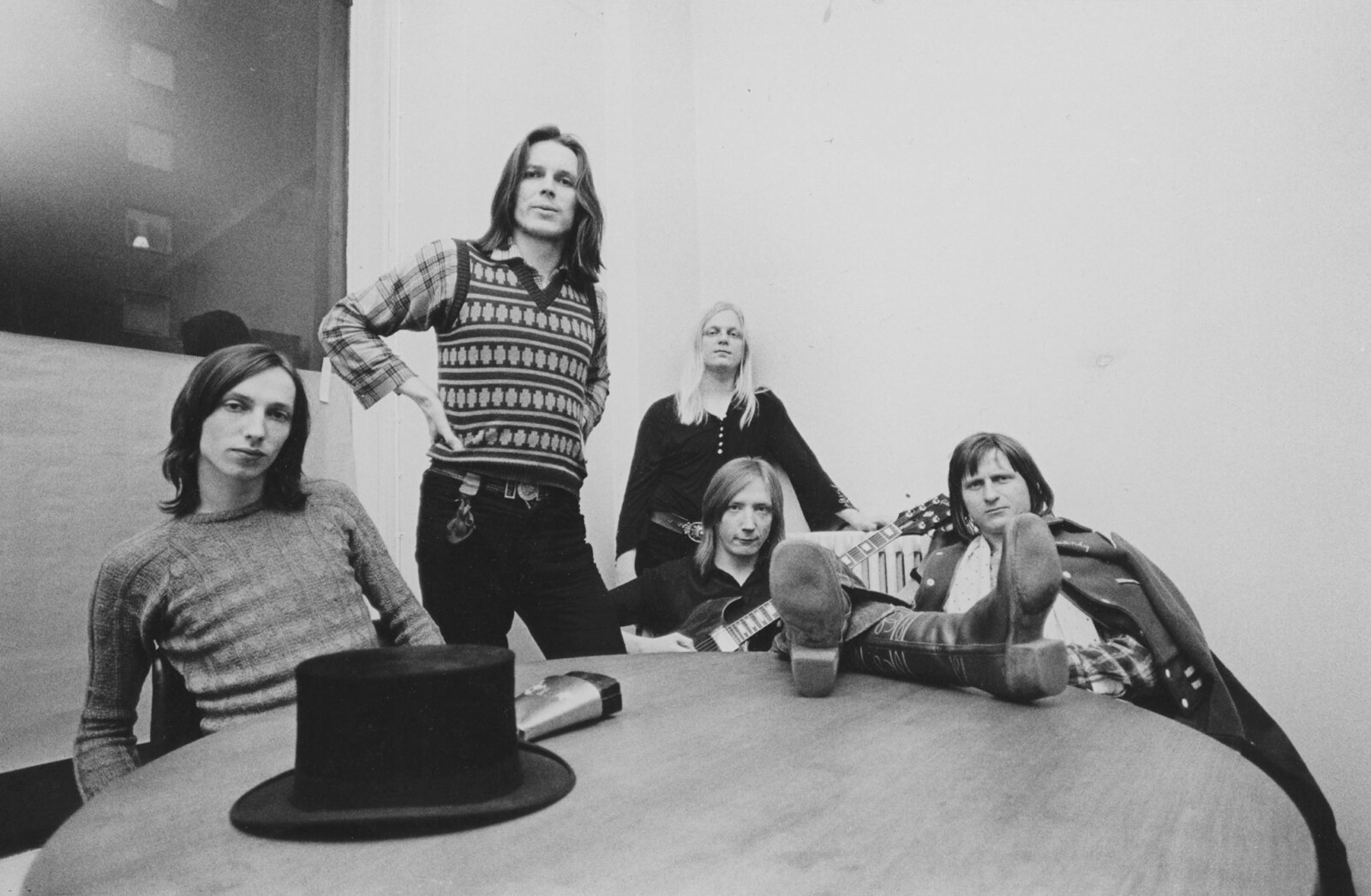 I am an active singer+musician. As a solo singer I do gigs and concerts, I sing chanson style (Jacques Brel etc) plus own songs, Finnish and Argentinian tangos etc. I have a blues duo (I love blues). Our old 60’s pop/rock band Topmost is active also.

I help my kids, they are musicians too. My two girls, Tuuli and Helmi, they have their own group LAILAI and my son Santeri is a drummer in the Finnish progressive heavy metal band WHEEL (fantastic new group!!). They start one month Europe tour next week with a Swedish band SOEN. You can find them in Spotify.

Thank you and best regards!