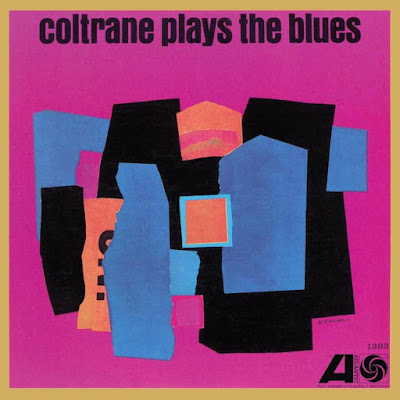 A young girl’s barbershop adventure into jazz and the blues …
Most women adored the beauty salons that dotted the landscape of all communities during the late 1950’s and 60’s. I on the other hand hated them … they were bright, usually awash in the colour pink, industrially loud with the smell of hair cooking under dryers, housewives of varying sorts decked out in unidentifiable animal patterned gowns snapping gum with lips that matched the colour of their painted nails and laughingly complaining about their kids, their husbands, or anything else that passed through their minds as a single speaker radio struggled to maintain a high volume, while crackling under the strain.
I on the other hand loved to go to the barbershop with my uncle and grandfather when they got their hair cut in the city, in a hole in the wall, a narrow storefront that was restrained, filled with a heavier more luscious smoke, comfortable chairs and big magazines, girly ones which were kept in the back, though I did manage to slip one between the pages of the coffee table rag LIFE while listening to the deep voices of men laugh with a casual sense of purpose and speak of things that seemed important … but most important and fascinating to this young woman was the elegant silver stereo perched on a wall shelf with all of its dials and knobs, from which cool jazz spilling out over the working space as a disembodied voice would venture, “This is WDAS in Philadelphia, your jazz source, there’s no where else you’ve gotta go, ‘cause we’re gonna spin a bit of wax, ‘John Coltrane Plays The Blues’, and you’re not going to want to miss that, oh no you’re not.”
Yes, I was eleven when I first heard that ‘piece of wax’, I was eleven and got my first haircut in a men’s barbershop, a short sort of pre-Beatles bob that road well with my black turtleneck sweater, and of course earned my uncle and grandfather the consternation of my mother, though with the album Coltrane Plays The Blues in mono, graciously handed to me by Mr. Pep the barber, while saying “Most young ladies like yourself seem to dig the more popular music.” I was eleven when I decided that I never wanted to leave that church of all things jazz and the smell of Pinaud Clubman talcum powder, which like John Coltrane, I still reach for today. But I digress …
Rising out of the sessions for My Favorite Things was this annunciation, and while not the blues of John Mayall or BB King, this is an enchanting smokey and highly infectious album of the blues as John Coltrane envisioned it, and the beginning of his outings with McCoy Tyner and Elvin Jones, along with his longtime partner Steve Davis, where this quartet spoke directly to me, reach out from the speakers, grabbed my soul and has never let go. This is by no means the first or last blues Coltrane would play, and if you tune your ears just right, you’re gonna hear blues’ vibes lacing much of his material. This is an album that time and time again surfaces in jazz discussions by Neil Tesser, the intellectual force behind The Playboy Guide To Jazz and other assorted publications, where people like myself, years later, continually find something new within these grooves, grooves that have been worn so smooth on my original mono copy that I often wonder if I’m hearing actual music anymore, or merely a hazy memory.
To that end, Rhino has done a suburb job of remastering this album onto 180 gram vinyl from the original analog masters, with lacquers cut by Bernie Gundman with love and consideration for the times from which the bit of wax arose, keeping in place all of the smooth dreams that have been washing over me for the last 60 years. Rhino has not only kept the music alive, they kept the package alive with both original and new liner notes that nearly allow me to hear this gem again for the very first time. These six earthbound tracks, recorded during a single day in a mono studio would go on to become the album of the year in 1962, and then the stuff of legend.
Hearing this production on vinyl is essentially important, and even more-so, hearing it with all of its glorious mono tonalities is even more essential, as mono was not simply about a single speaker, it was about setting up a recording space, where instruments didn’t step on each other, where there was an actual infusion, an inner-lacing of sound that ebbed and flowed, swirled and filtered though all that was going on, creating a sound that had ethereal mass and weight that fills and defines a listening space as only mono is capable of.
All of that being said, the reason to find your way to this release is the ability modern technology has to revitalize the sound that was lacking during the summer of 1961, all while managing to relay that sound as it would have been, if it could have been done as the world stepped in a new decade of change and inspiration … a decade that would be defined by John Coltrane and those like this.
When I returned to the barbershop with my uncle the next month, Mr. Pep insisted that I give a full accounting of the record, which I stood and did, where for nearly five minutes the snipping of scissors ceased, and when all was said and done, when I was sitting there swinging my feet that wouldn’t quite touch the floor, Mr. Peps said, “You and your uncle come back at closing time, we got’s some other sides here you might wanna dust off.”
– Jenell Kesler
© Copyright http://www.psychedelicbabymag.com/2018
Jazz CornerJenell KeslerJohn ColtraneReviews